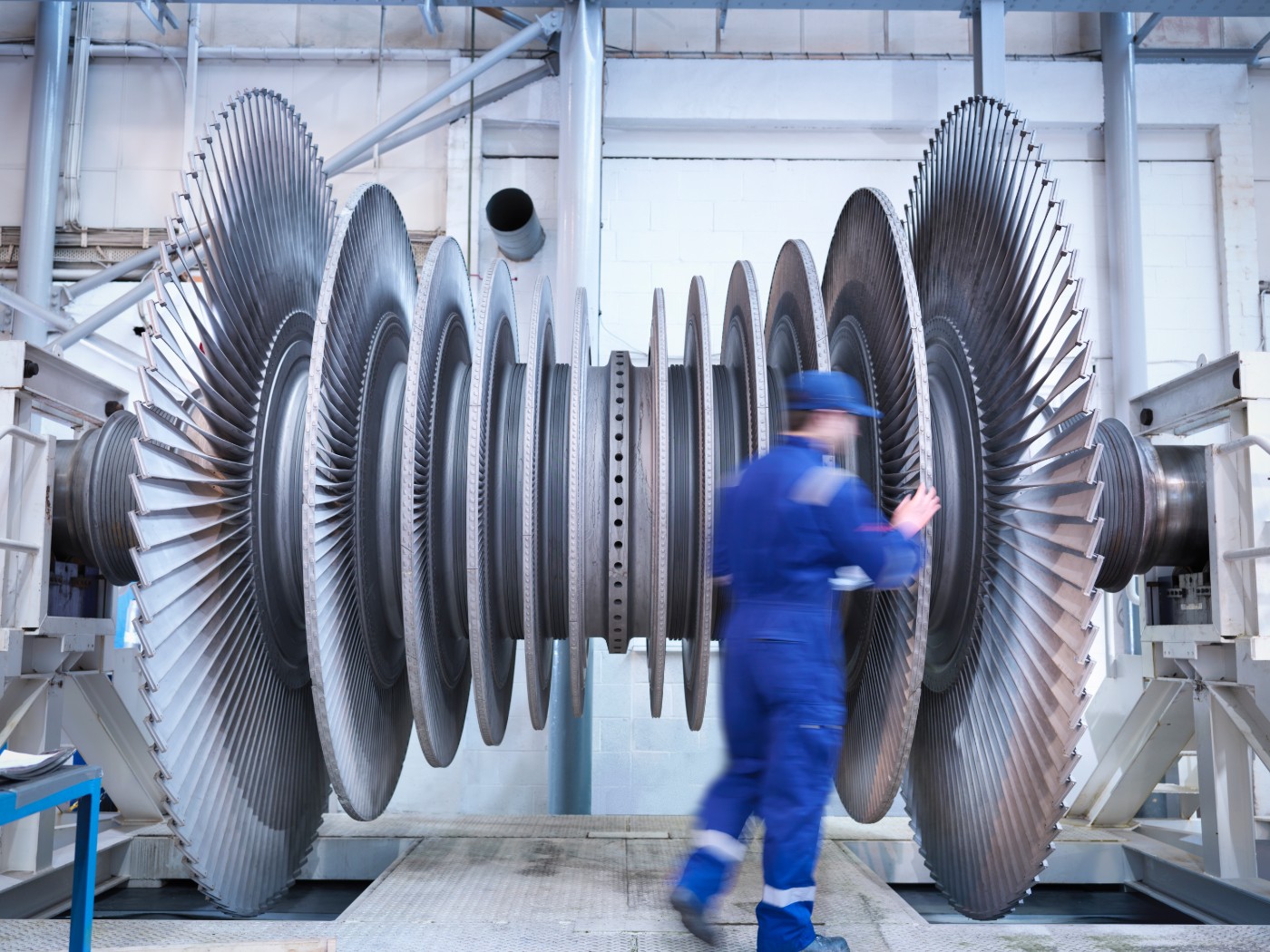 After a slump in December, the economy created a way better than expected 225,000 new jobs in January. The growth included nice gains in closely watched categories like construction and warehousing, but still showed weakness in the manufacturing sector.

Even so, job growth last month was pretty amazing compared to the 165,000 or so that many analysts had expected. It’s possible things got a little ahead of themselves because of warm weather most of January. Those gains in construction jobs could reflect building projects happening in January that might have been put off until spring in a colder year.

Wage growth, which had fallen under 3% in December, bounced back to 3.1% in January. That’s the kind of pay increase that can really help make a difference when you consider inflation has been holding around 2% and gas prices have come down recently. Maybe this gives hope that consumers who came out to shop big-time over the holidays (when retail sales rose more than 4% from a year earlier according to a major trade group) might not put away their wallets now that we’re well into the new year.

Unemployment stayed low at 3.6%, the Labor Department said, and stock futures trimmed some of their earlier losses on the news but still seemed weighed down in part by coronavirus fears that hit markets in Europe and parts of Asia overnight. Stocks still have a weaker tone as the opening bell approached, threatening this week’s impressive four-day winning streak.

One question heading into today’s report was whether manufacturing and construction, both of which saw little change in December, might have added more jobs in January. Traditionally, these are categories where you like to see growth because it speaks to improved economic activity overall. The manufacturing sector has been under pressure the last few months, possibly because of the trade war with China but also reflecting last fall’s labor struggles at General Motors (GM) and problems at Boeing (BA).

Also, leisure and hospitality was a big gainer in December, and while there’s nothing wrong with jobs like bartender or hotel clerk, they don’t tend to pay as well as a lot of other positions. Positions in this category continued to grow moderately in January, but that could also tell you something about the economy. More restaurant and hotel visits tend to happen when things are getting better for people financially.

The government revised combined November and December jobs growth up by 7,000, which isn’t a big change. What’s really nice to see is jobs growth averaging a very healthy 211,000 over the last three months. That’s territory some analysts didn’t necessarily think we’d see again with the economic growth cycle now about 10 years old, and could speak to strength ahead for the economy after growth slowed in 2019. Companies don’t usually add jobs unless they think the demand is out there for the products and services they offer. Labor market participation is also inching up, which is a good sign.

Yesterday was a good lesson on how a rallying market can react to news. If things hadn’t been so crazy earlier this week, China cutting tariffs on $75 billion in U.S. goods might have been a huge catalyst. But after two days of steep climbs, stocks hardly reacted at all. If it weren’t for the huge gains we’ve already seen this week, the trade news would probably have ignited the market even more.

Still, the major indices managed to finish Thursday with slight gains, slowing down a bit from the strength of the previous days as it looked like some investors were evening out positions ahead of today’s jobs report.

Then after the close, Uber (UBER) reported better than expected quarterly revenue and a smaller loss than analysts had predicted, sending shares higher in post-market trading and maybe providing another shot in the arm. Last year was a tough one for many initial public offerings (IPOs) like UBER, but some analysts say this year is off to a better start.

Another piece of good news Thursday was a speech by Dallas Fed President Robert Kaplan, who said he thinks 2020 will be a “solid year of growth” at around 2.5%, Reuters reported. He said he’d be even cheerier if it weren’t for the possible impact of coronavirus.

Kaplan isn’t the only economist feeling optimistic about the economy. The Atlanta Fed’s GDP Now meter forecasts 2.9% growth in Q1, which would outpace Q4’s 2.1% tally and last year’s annual 2.3% rate, which was the lowest in three years.

Still, no single data point is a trend. We have to see what happens with these numbers over the next few months. If manufacturing keeps ticking up or at least stays above 50% for the headline number, it might indicate we’re starting to get over the China trade hump.

Boeing (BA) has a big hump to overcome with the 737 Max, but its stock shot up Thursday on media reports of possible regulatory progress. The news flow has turned more positive for BA recently, and that seems to be helping shares, too. Obviously, there’s still a long way to go.

All Eyes on Virus as Wynn Reports

Earnings calls for some companies with  a lot of China exposure now appear to hinge mainly on that issue. Take Wynn Resorts (WYNN) on Thursday afternoon. Both WYNN and rival Las Vegas Sands (LVS) have arguably gone “all in” on Macau, an autonomous region on the south coast of China, and both face lots of questions about the virus impact. The local government there asked casinos to shut for half a month earlier this week. It’s a rough situation for Macau casinos, and ultimately this is likely to pass, but the question is how long will it take?

For the first time in a few days, Tesla (TSLA) shares moved less than double-digits Thursday, climbing a little under 2%. That doesn’t necessarily mean the wild ride is over, and it’s hard to say where the stock might ultimately land, or if it will eventually find a trading range and stay there for a while. Its current market cap is among the highest in the car industry even though its production level places it near Volvo, and its price-to-earnings ratio is historically high. There could still be a lot of volatility ahead here.

Speaking of volatility, things have calmed down a lot for the Cboe Volatility Index (VIX) since a week ago, but investors appear to think more excitement might come. The VIX hung around near 15 early Friday, well below the nearly 20 it registered last Friday but holding near the middle of its recent range. With the virus still a big unknown factor, it would be surprising to see VIX much lower anytime soon, but stranger things have happened.

In another possible sign of investors taking a cautious approach, the 10-year Treasury yield barely budged Thursday and fell back to under 1.62% early Friday, showing no sign of wanting to test old technical support at 1.7% that might now mark a resistance area.

Looking ahead to next week, things quiet down a bit on the data front. Retail sales next Friday could be a report to watch, along with the monthly consumer price index on Thursday. Earnings season enters a short lull next week before the huge onslaught of retail results the week after. Allergan (AGN), Alibaba (BABA), Nvidia (NVDA), Lyft (LYFT), and Exelon (EXC) could be among those dominating attention in the days ahead.

CHART OF THE DAY: STILL NO COMPARISON: Though the Energy sector (IXE—purple line) got a little bump this week and Information Technology (IXT—candlestick) took a recent hit from  the coronavirus, the two sectors still live in different worlds over the last few months—as this chart shows. Data Source: S&P Dow Jones Indices. Chart source: The thinkorswim® platform from TD Ameritrade. For illustrative purposes only. Past performance does not guarantee future results.

A Tale of Two Auto Giants Not Named TSLA: Things weren’t running so well for Ford (F) earlier this week after earnings disappointed investors. F is going through a restructuring, and it’s having a tough time getting out of its own way. Earnings numbers weren’t too positive for rival General Motors (GM), either, but shares rose a bit after the numbers came out. That could be in part because people know GM experienced a rough strike last fall, and that might be seen as more of a blip that the company can get past. There’s also excitement about GM’s progress and plans with electric vehicles. People seem to have faith that GM can potentially return to form pretty quickly.

Competition for Tesla: Speaking of electric vehicles, or “EVs,” GM isn’t alone in posing a possible challenge to TSLA. As one analyst noted on CNBC yesterday, three EVs were advertised on the Super Bowl and none were TSLA products. When Toyota (TM), Volkswagen, GM and others ramp up their EVs, the unique position TSLA enjoys now might become commoditized. Eventually—and it’s true for any company that makes a product really well—the competitors will come at you. This isn’t to say that TSLA shares can’t rise more or that the company can’t meet some of the more bullish expectations out there. It’s got a lot of momentum and seems to have its financial house in better shape than a year ago. On the other hand, back in the late 1990s, Yahoo seemed amazing and was way out front in selling and online search, but they got quickly surpassed.

Tech Sector Earnings Sing a Bullish Tune: With earnings slowing a bit after this week, a report from Nasdaq notes a  “steady improvement in the overall picture.” Things look especially rosy for the Information Technology sector, where Nasdaq noted total earnings for companies reporting so far are up 6.2%, with 6.3% revenue growth. About 85% of tech firms have beaten EPS estimates (compared with 71% of the overall S&P 500, according to FactSet) and an equal proportion beat revenue estimates. Those numbers represent a “notable improvement” from recent quarters, the Nasdaq report said.

It looks like investors are giving Technology some respect for those earnings, with the sector first on the sector leaderboard with gains of more than 8% year-to-date. Almost all of the so-called “FAANG” stocks are easily beating the S&P 500 Index (SPX) so far this year, even though it’s true that Apple (AAPL) is now the only FAANG that officially belongs to the “tech” sector. Still, it’s hard to shake off years of thinking of Alphabet (GOOGL) and Amazon (AMZN) as tech names.