Jerome Powell takes over at the Federal Reserve at a time when a tight labor market could influence the direction and speed of interest rate hikes. 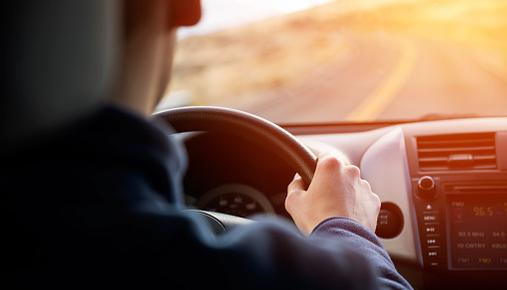 Is the economy doing too well? A hike in wages—something the Federal Reserve has been awaiting for some time—appeared to help set off an inflationary fear-fueled move down in the stock market last week and early this week as Fed Chair Janet Yellen closed her four-year reign at the top of the U. S. central bank.

Now it’s up to Jerome Powell, who was sworn in Monday as the next leader of the Fed, to attempt to steer monetary policy down a path of economic growth—and calm. Many economists have said they believe he will continue down the same cautionary road that Yellen championed, by keeping a close eye on inflation, employment numbers and wage increases, and a steady-as-she-goes course. After all, he voted with her on every single decision about the direction of interest rates.

But is the economy suddenly getting too hot to handle that kind of subdued approach? The latest jobs report said that the economy added 200,000 jobs in January—10% above economists’ expectations--and that unemployment stood at 4.1%, its lowest level in 17 years. On the face of it, it certainly sounded like good news.

Growth in Jobs and Wages

But perhaps what helped to rile the markets was how average hourly pay climbed $0.09 cents an hour to $26.74, following an 11-cent gain in December, according to the Labor Department. That brought the average hourly earnings increase to $0.75 in the last 12 months, or a 2.9% gain, something that hadn't been logged on a year-over-year basis since June of 2009.

Should that have been as jarring as it appeared to be? Many companies have complained for some time that they were having trouble finding qualified workers, and the Labor Department has reported higher employment trends for four straight months.

But the Yellen Fed’s cautionary stance on interest rates has had strong ties to the wage conundrum that has dogged the tightening labor force amid the economic recovery. Apparently that’s over—or at least seems to be for now. After Friday’s report, some economists said salaries could cross the 3% growth mark within months, if not sooner.

Rising wages, coupled with the tax cuts that many workers expect to see in their paychecks as soon as this month, appear to have many on Wall Street fearing that inflationary pressures are hard at work.

Indeed, as of its last meeting, the Fed projected inflation on a 12-month basis “to move up this year and to stabilize around the committee’s 2% objective over the medium term,” according to the Fed statement released last week.

But does that mean the Fed will have to raise rates more than the three times they indicated they were considering in 2018? Rising wages, both from more generous employers and the federal government, could lead to higher consumer spending, which, in turn, could unbalance the supply-and-demand quotient, pushing prices higher. Econ 101, right?

The bond market seemed to think so, initially anyway, as the 10-year yield spiked to 2.85%--a four-year high—in the aftermath of the report. But then the stock market took a tumble on Friday, and carried on into this week, with the major indices falling well in excess of 5%. Meanwhile, the 10-year yield fell back to around 2.73%. How might yields respond as markets turn volatile? Is a 3% yield on the 10-year, the fear of which, some analysts say, might have stoked the selloff in the equity market, still within reach? And, if not, what might that mean for the equity market?

Marching to His Own (Conun)drum?

That’s the challenge the Powell Fed faces now. And though he is widely expected to follow Yellen’s lead, there always is uncertainty during a changing of the guard. Remember, too, that he’s only been on the Fed since 2012—when the economy was expanding, not contracting. What’s more, the Powell Fed is still understaffed, with Yellen’s absence now leaving only three of seven Fed governor jobs filled.

The market narrative has changed quickly, to higher rates, to equity market selloff, to a slight easing of interest rates. How Powell’s Fed handles this type of change, in terms of both the markets and the job situation, could be interesting to watch.