Inflation is in the news, but the imbalance may abate as productivity increases. To understand what's happening, consider a few basic economic concepts. 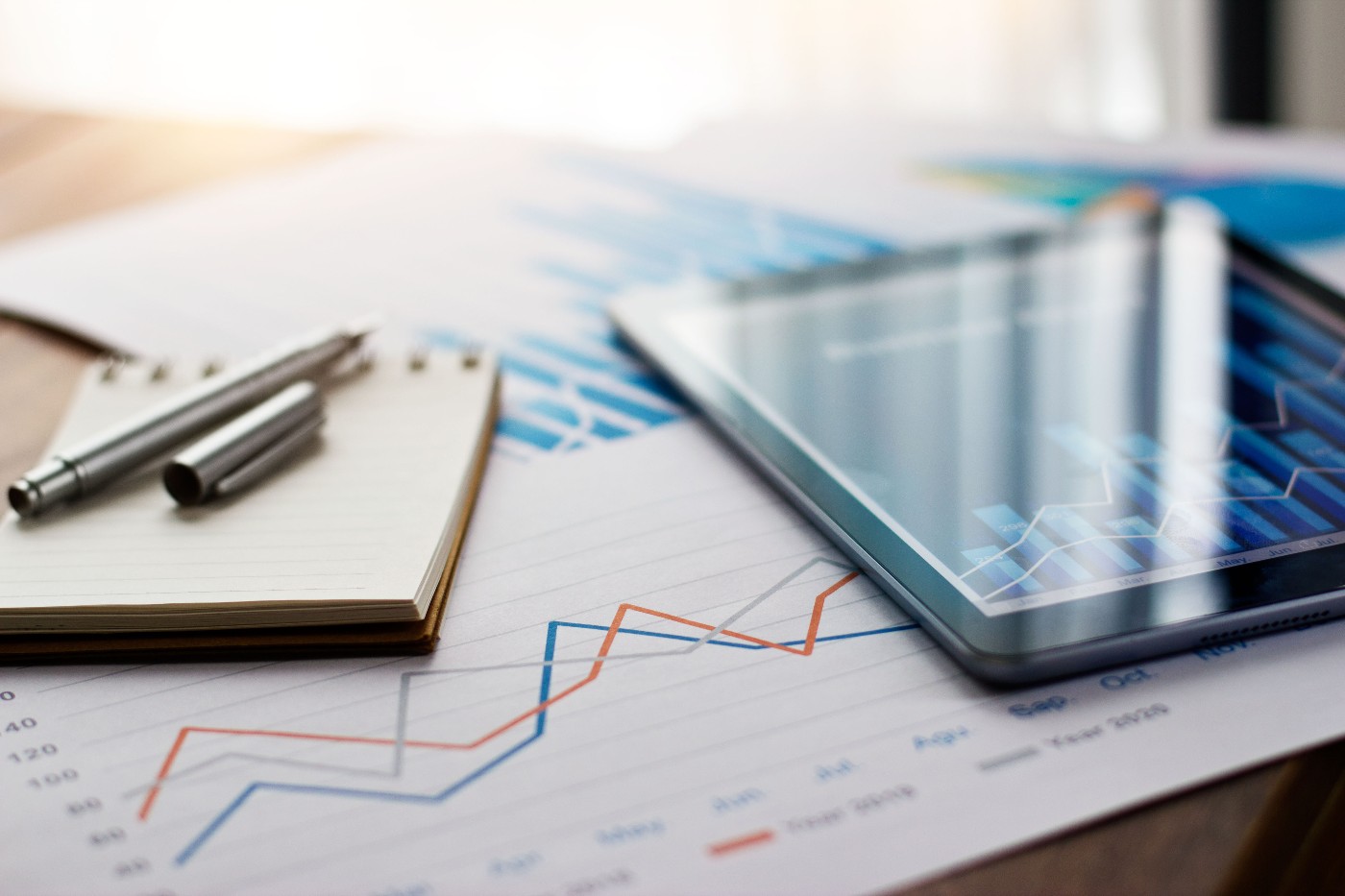 Are you one of those investors who’s been scratching your head these days, wondering why the economy is behaving the way it is with stubbornly high employment, seemingly runaway inflation, ultra-low interest rates, and stocks making new highs?

This isn’t how it’s supposed to work, right?

The short answer: It’s complicated. But not really. Sure, there are a lot of moving parts, but today’s economic trends can still be explained by some basic concepts you might have learned about in economics class. Here are a few to think about.

Concept #1: Inflation and the Cost of Living

The textbooks teach that inflation is a general rise in prices over a certain period of time. In the United States, we typically use economic indicators such as the Consumer Price Index to tell us how prices have been tracking. Inflation is tied closely to the cost of living—i.e., how our expenses stack up against our sources of income. If costs rise faster (or more permanently) than income, we’re in danger of falling behind as we look toward retirement and other financial goals.

In 2021, inflation is all the buzz. Anyone who’s gone to the grocery store, the gas station, or out to dinner has felt the pinch to the wallet. But is it a temporary thing, or is it here to stay? And can incomes keep up?

At the height of the pandemic in 2020, many producers of goods—ranging from lumber to dishwashers to chicken legs—had to rethink how they were stocking inventories in a period of consumer uncertainty that was also marked with absenteeism from factories.

At the same time, consumers were shifting their purchasing decisions as well as their shopping habits in big ways, looking to order everything online at a time when shipping was also stretched.

The result has been a classic display of the forces of supply and demand. Because of the coronavirus, manufacturers were short staffed as demand escalated from stay-at-home workers who found themselves with surplus cash, not only from staying indoors and canceling travel plans, but also from those hefty stimulus checks.

Fast-forward to today: As more folks are vaccinated and the pandemic looks to loosen its deadly grip, demand is increasing while supply is still short. And that’s been pushing up prices; some to record levels.

How long might this last? The Federal Reserve continues to insist this imbalance is a temporary phenomenon (“transitory” in Fedspeak), but the central bank has upped its outlook for inflation—to a 3.4% clip this year as of late June—and subsequent to its June meeting indicated it could be raising interest rates sooner than expected.

Though the Fed still maintained an upbeat posture after the June 2021 meeting of the Federal Open Market Committee, the numbers were markedly different than those projected in March: 2.4% inflation, a full percentage point lower, and interest rates holding steady at 0.1% until 2024.

“Our expectation is these high inflation readings now will abate,” said Fed Chair Jerome Powell at his post-meeting press conference. That’s being debated among economists, many suggesting the Fed will need to raise rates sooner to cool off the economy. That’s a wait-and-see game.

From the Fed’s perspective, all will fall back in balance as supply increases and consumers’ pocketbooks—stuffed with cash from stimulus checks and some 15 months of little to spend on in terms of entertainment—start to empty.

“The spending will slow down once you clear out a lot of the savings and cash that’s out there,” explained Shawn Cruz, senior market structure specialist at TD Ameritrade.

At that point, we might see a return of softer prices, or we might see additional rounds of stimulus. Either way, it’s important to keep an eye on those inflation numbers.

Remember those supply and demand curves—two lines plotting quantities supplied and demanded at each price level that cross at the middle (“equilibrium”) level? Basic economic theory is taught with the assumption that supply and demand are steady along those lines, but in reality it’s not that simple, and it’s always in flux. Sometimes tomorrow’s demand is met today due to an overabundance of resources or a change in tastes and preferences.

That’s referred to as “demand pulled forward,” or DPF.

DPF was a hot topic throughout most of last year on company conference calls such as Netflix (NFLX) and Home Depot (HD). Both were logging record sales, and NFLX’s membership numbers were surging. Each quarter, the streaming video’s executives were cautioning investors about the overenthusiasm for the product, predicting consumers were simply borrowing from future demand because they had little else to do than watch movies and TV programs.

And guess what? That came to pass in the first quarter of 2021 when membership numbers fell short of NFLX’s own conservative expectations and amid a price hike that might have also helped cool demand.

As restaurants, bars, and sports and entertainment venues reopen, Cruz echoed the Fed’s stance: “As long as people have the cash, they’ll probably be willing to spend it. It’s a matter of where their priorities are.”

You may have heard the term “revenge spending”—unbridled spending by consumers with cash in hand, ready to go a little wild as “payback” for a year of lockdown and forced austerity. In many cases, this type of one-and-done shopping spree is DPF in action. As an investor, it’s important to understand that today’s demand might not be sustainable.

As prices rise, consumers have decisions to make. Should you fork over the extra dollars or pull back spending? The answer lies in how “elastic” your demand is for an item. Something that you’d go without at a certain price is elastic. If you typically demand the same amount regardless of price (to a degree, of course), that thing is called “inelastic”.

Discretionary spending items like clothing and travel are elastic. Revenge spending aside, we typically buy more when it’s on sale and forgo extra spending if it’s too expensive. On the flip side, staples—think sugar, laundry detergent, and shampoo—are things we buy when we need them, and a 20% price hike is something we typically take in stride.

But what about housing? We all need a place to live, right?

Housing has been red-hot, and it’s been a key driver of screaming demand for lumber, copper, and other commodities. Although housing sales in 2021 have still been outperforming those in 2020 and 2019, in a sign that demand could be waning, RE/MAX (RMAX) reported the “typical May ramp-up” in sales didn’t happen, suggesting prices could be pushing some prospective buyers to the sidelines. Sales dipped 0.2% from April and home prices were “uncharacteristically flat” in the 53 metro areas the residential real estate company follows.

Inventory was low too, with the number of houses on the market down 7.1%, choking supply to 1.1 months as homes changed hands in only 28 days—both records in the 13 years RE/MAX has tracked the numbers.

“The market still tilts mainly toward sellers, but we could be seeing the first signs of a return to more balance after the hottest stretch of sales in years,” RE/MAX President Nick Bailey said in a statement. “Ultimately, that would be good for both buyers and sellers.”

As restaurants, sports, and entertainment venues continue to welcome consumers back, Cruz believes many will absorb the higher prices that are being passed down as costs for commodities and other supplies increase. But only for so long.

“With the reopening, people are willing to spend a little more to go out and eat at a restaurant and travel and stay in a hotel room,” he said. When does it end? When employment gets back to full tilt.

“One problem helps solve another,” Cruz explained. “When people go back to work, that increases capacity that then increases productivity and clears up the bottleneck causing those price hikes.”

How do you invest in these topsy-turvy times? Carefully, according to Cruz. “Equities can do well in these times, but you need more of a balanced approach in terms of exposure to sectors, perhaps taking a look at cyclicals and small caps.”

And remember those basic economic concepts of supply, demand, inflation, employment, and the cost of living. Consumers drive the economy, and these are the things that drive the consumer.