Spot On: CPI Report Hits Most Targets but May Not Change Fed’s Thinking Much

Stocks took a slight dip immediately following the CPI release amid investor concerns about food and shelter costs. But overall, it was a report unlikely to change the Fed’s thinking too much. Next up: Major banks report earnings early tomorrow, which could keep trading muted today. 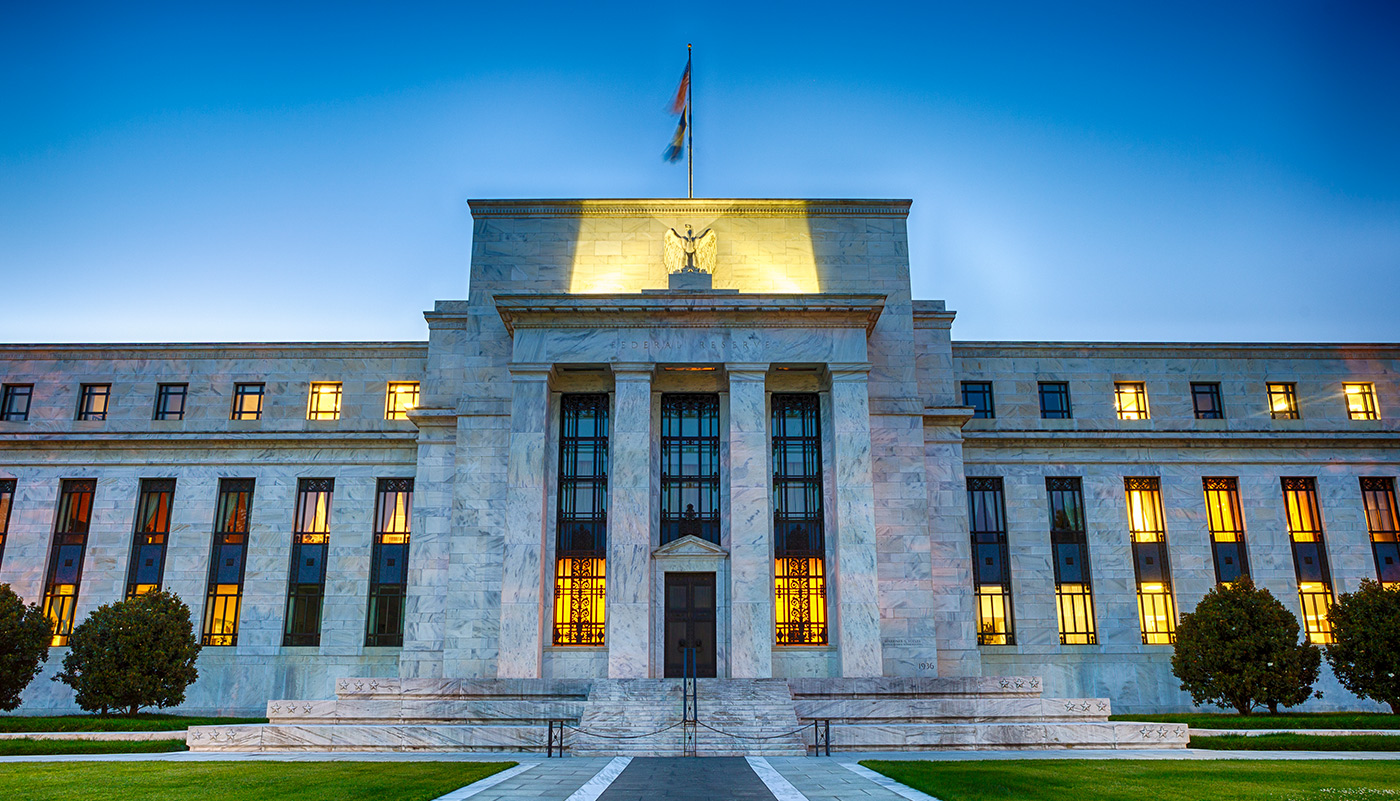 (Thursday Market Open) Today’s December Consumer Price Index (CPI) report was pretty much right down the middle—which means it may not change the Federal Reserve’s thinking about rates.

Headline CPI fell 0.1% in December from November, while core CPI, which strips out food and energy, rose 0.3%. Analysts had expected a flat headline reading and a 0.3% core, so the actual report came in near expectations. Vehicle prices continued to ease, contributing to December’s headline drop.

The one big caveat that likely put pressure on stock futures and bonds immediately after the release was shelter costs, which rose 0.8% in December versus 0.6% in November. That’s a number many market participants had hoped would soften, but it accelerated instead. Stubborn shelter and service costs have been an irritation for Fed.

Stocks saw some pressure ahead of the opening bell, but the 10-year Treasury yield actually fell on the report, perhaps a sign that the data didn’t increase fears of a more aggressive central bank

In sum, this report isn’t likely to force analysts to make any major updates to their models. For the Fed, it likely puts even more emphasis on data to come, specifically next week’s Producer Price Index (PPI) report.

Looking past today’s CPI, there’s still optimism that price growth can continue to ease, according to research firm CFRA. The firm put out a note late yesterday predicting year-over-year headline and core CPI by this coming December of 2.7% and 2.9%, respectively. CFRA also expects December 2022 Personal Consumption Expenditure (PCE) headline and core prices to rise 4.9% and 4.4%, respectively, down from last year’s four-decade peaks.

It’s not necessarily going to take a recession to push down prices either, according to CFRA. Easing of supply chain bottlenecks and subsiding pressure from the war in Ukraine might be enough to do the trick. We’ll have to wait and see.

Today’s all about data, but tomorrow is when earnings season kicks off, with reports expected before the open from four of the largest U.S. banks: JP Morgan Chase (JPM), Citigroup (C), Bank of America (BAC), and Wells Fargo (WFC). Credit quality and loan volume are metrics to watch, as well as whether the banks set aside additional reserves for possible loan defaults.

We’ll have a separate article later this morning that previews bank earnings in more detail and spotlights each of those companies. For now, keep in mind that the biggest banks have a long history of beating Wall Street’s expectations. In Q3, several managed that even as year-over-year profits slumped amid growing loan loss provisions and a slumping initial public offering (IPO) market.

At the same time, rising net-interest income due to the Federal Reserve’s rate increases provided some support. Easy year-over-year comparisons on interest rates could mean continued bottom-line support from this aspect of the business in Q4

After Friday’s bank earnings, there’s a three-day holiday weekend, then Goldman Sachs (GS) and Morgan Stanley (MS) earnings are scheduled the following Tuesday morning. Banks that play heavily in the capital markets might see results diverge from diversified banks like BAC and JPM that are more closely tied to the consumer economy.

In the aftermath of the CPI report, here’s a reading on the key market metrics:

In other data this morning, weekly initial jobless claims stepped back to 205,000, below analysts’ consensus for 210,000 and still near historic lows. Continuing claims also fell. There’s no sign from this report of any job market weakness.

Stocks on the Move

KB Home (KBH), one of the nation’s top 10 homebuilders, saw shares rise in hopeful trading yesterday ahead of its earnings, only to sink 3% when the news hit after the closing bell. Revenue did rise 16% in Q4 but still not enough to meet the average analyst estimate of nearly $2 billion, and earnings per share (EPS) of $2.47 didn’t approach consensus Wall Street estimates of $2.85.

In its press release, KBH cited “favorable demographics” and a “prolonged undersupply of homes” that give it confidence in the long-term housing market outlook, while adding that current conditions “remain challenging” thanks to high mortgage rates and “persistent” inflation. Keep in mind that Q4 is traditionally one of the slower times in housing, and overall, KBH appeared to have a pretty decent full year despite those issues with the economy. Competing homebuilder D.R. Horton (DHI) is expected to report later this month.

Other stocks to watch today are battered mega-caps like Tesla (TSLA) and Amazon (AMZN). Both posted solid gains Wednesday, perhaps supported by investors hunting around for possible bargains after both recently set 52-week lows. The mega-caps, by their very nature, can carry the day or rain on the parade for major indexes that are weighted by market capitalization. Any sign of more pep in these behemoths and others like Apple (AAPL) and Microsoft (MSFT) could have a broader impact.

While Friday’s main focus is bank earnings, we’ll see some important consumer data too. Most notably, look out for the preliminary January University of Michigan Consumer Sentiment Index due shortly after the open. Analysts expect a slight bump to 60.5, which is still historically soft but above the rock-bottom 59.7 posted in December, according to consensus from Briefing.com

Remember, the report does have an inflation component, asking those surveyed how much they expect prices to rise in the year ahead and in the long run. Back in December, year-ahead inflation expectations fell from the previous 4.6% to 4.4%, the lowest reading in well over a year. Any sign of falling inflation expectations in tomorrow’s report could give the Federal Reserve a little more of what it’s been looking for—further signs that prices are finally easing.

Real estate stocks had a strong performance Wednesday, helped by falling Treasury yields and a rise in weekly mortgage applications. The mega-caps also helped lead the parade higher, boosted by TSLA and AMZN, as mentioned above. AAPL, MSFT, and Alphabet (GOOGL) also had good days. Shades of 2019, anyone?

Overall strength in the S&P 500® index (SPX) could also reflect a technical move because it managed to close above its 50-day moving average of 3,908 on Tuesday, possibly drawing in some momentum buyers. Technical resistance appears to be near 3,950 for the SPX.

Talking Technicals: Very stealthily, Gold (/GC) has climbed the ladder lately, clawing back above its 200-day moving average (MA) and now staring down the big round number of $1,900 an ounce. That’s a level it hasn’t traded at or closed above since last April. This upward move for /GC could reflect recent dollar weakness, as the two often move in opposite directions. Though rising gold prices can be a harbinger of inflation, a falling dollar might have positive ramifications for U.S. stocks, which have been burdened by dollar strength much of the last year. If the dollar falls below 103, we’ll see if that gives /GC the tailwind to pierce $1,900.

CHART OF THE DAY: SPX PATTERN CHANGE? This one-year chart of the S&P 500 index (SPX—candlesticks) clearly demonstrates the soft technical pattern of “lower highs/lower lows” that it’s been stuck in. However, recent lows in late December didn’t come really close to testing the depths seen in October, opening up at least a chance of a pattern change. In the near-term, the SPX came close to its 200-day moving average (blue line) near 3,983 on Wednesday. A move above the December high near 4,100 (red line) would likely strengthen the technical picture. Data Source: S&P Dow Jones Indices.  Chart source: The thinkorswim® platform. For illustrative purposes only. Past performance does not guarantee future results.

Couch Potatoes or Globe Trotters? Soon after big bank earnings, attention turns to big consumer brands that, like financials, offer many clues into overall consumer sentiment. We’re talking about well-known companies like American Airlines (AAL), United Airlines (UAL), Procter & Gamble (PG), and Netflix (NFLX), which are all expected to report next week. If the economy is skidding into recession, as some analysts think, these early birds could support or force some reassessment because 70% of the economy is driven by consumer spending. The airlines have been a bright spot as many are spending on “experiences” rather than material objects. How did this hold up during the holiday season, and do consumers still have enough left over cash in the bank to fund more travel in 2023? Or, did they opt to save money by staying home and streaming? Stay tuned.

Out of Sync: The U.S. 10-year Treasury yield (TNX), which often rallies when investors feel optimistic, is down more than 20 basis points from recent highs and back under 3.6%. However, WTI Crude Oil (/CL)—which tends to rally when the economic outlook is positive—is doing just that. Shouldn’t yields be rising with crude? Maybe in normal times, but these times aren’t normal. Much of crude’s rally reflects China ending its COVID-19 lockdowns, so it’s not just about where the U.S. economy is going. But growing oil demand from China could pump up prices with inflation fears here. Keep an eye on crude to see if it retests recent highs of just above $80 per barrel. A swing in that direction might have fixed income traders worrying more about inflation, which would put pressure on the underlying Treasury notes and perhaps send yields back toward where they were late last year—above 3.7%.

Upward Wage Pressure Flagging? Many Americans received raises last year to help keep up with inflation, and the possibility of higher pay may be leading others to leave their jobs for better opportunities. These “job leavers” still make up a good chunk of the number of unemployed. “This underscores the degree of confidence individuals continue to have in being able to leave their job (and find another one),” wrote Charles Schwab’s Chief Investment Strategist Liz Ann Sonders and Senior Investment Strategist Kevin Gordon. “As long as it stays elevated, it might keep some upward pressure on wages.” That being said, year-over-year wage growth fell from 6.7% in June to 5% in December, the government reported last Friday, and job openings are down a dramatic 750,000 over the last six months. Slowing demand is also starting to show up in continuing jobless claims data—up 30% from its recent trough. Average weekly hours worked also recently fell to the lowest level since April 2020. The labor market seems to be sending “recessionary signals,” Sonders and Gordon wrote, even as the unemployment rate stays historically low. What will the Fed’s response be?