Today’s consumer price index (CPI) report was tamer than expected, which sent equity index futures higher ahead of the open. Investors are also focused on products Apple is likely to introduce during their product-launch event. 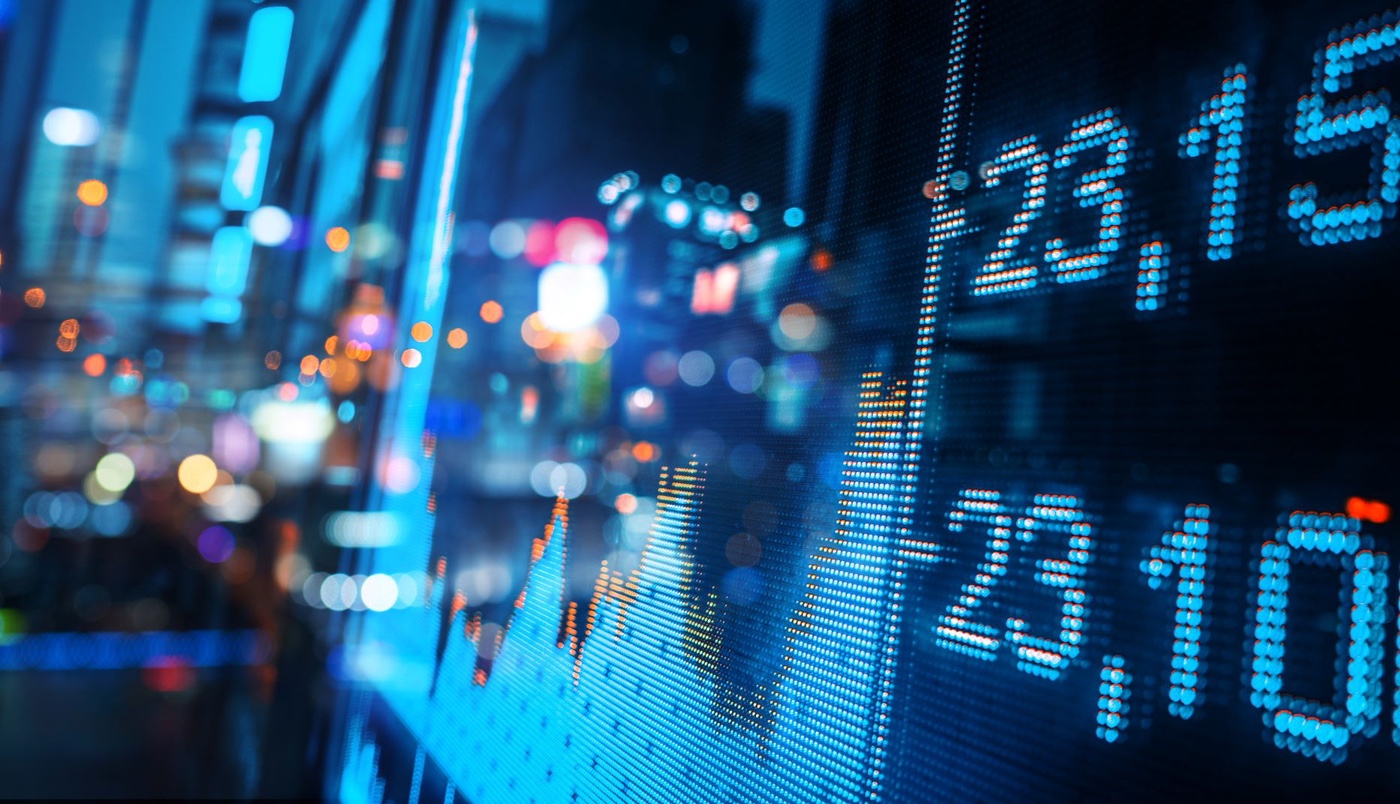 (Tuesday Market Open) Inflation continues to be a major issue, but today’s August consumer price index (CPI) report offered a flash of hope for anyone who wants to see prices start coming down a bit.

Year-over-year CPI growth came in at 5.3%, just below analysts’ consensus of 5.4%, so that was something the bulls might be able to hang their hat on. And the monthly growth of 0.3% was just short of the 0.4% Wall Street consensus collected ahead of the report by research firm Briefing.com.

It’s arguably the first glimmer in a while of inflation maybe beginning to cool off slightly after months of huge gains as the economy came out of the Covid lockdown period and supply chains got pressured. There’s still all kinds of supply chain hold-ups, with the media reporting about ships backed up at ports and rail cars being hard to find. Today’s CPI report showing a slight miss in the inflation numbers doesn’t change any of that, because one report isn’t a trend.

The Fed is likely giving today’s data and last Friday’s producer price index (PPI) a pretty close look as it decides whether it needs to step in and begin ramping down its bond purchase program. A number like today’s, even if it’s lower than expected, indicates that inflation remains a major issue.

Despite Bump From CPI News, Market Remains in “No Man’s Land”

Still, stock index futures appeared to get a nice bump immediately after the data flash. That contrasts with the way stocks came down to finish well off their highs on Monday. A weak close like that sometimes can roll into trading the following session, so keep an eye out for any sort of follow-through to the downside early on.

Also, one day of recovery after a long stretch of weakness doesn’t necessarily mean we’re out of the woods. We’re going into this strange period, where you kind of have a lack of numbers, without much key data after CPI and retail sales this week. Earnings are kind of a desert, too. In this “no man’s land,” the market is looking for anything to trade off.

One thing to consider watching comes later today when Apple (AAPL) is scheduled to hold an event starting early this afternoon East Coast time. Media reports suggest the event could include the launch of the iPhone 13 and a new Apple Watch. Stay tuned. And remember that in the past, these events haven’t typically lit a huge fire under AAPL shares, but there’s always a first time for everything, as the saying goes.

The results Monday were a little different after five days of overall market declines, but some of the same factors from last week continued.

Most obviously, the weakness in Tech that we’ve seen recently didn’t retreat that much just because the S&P 500 Index (SPX) and the Dow Jones Industrial Average ($DJI) finished higher yesterday. Instead, three of the five “FAANG” stocks lost ground. Semiconductors gained overall, but two of the most closely followed ones—Nvidia (NVDA) and Advanced Micro Devices (AMD)—both finished Monday in the red.

The takeaway here might be that Tech stocks have come a long way very fast and there may be some rebalancing going on around the market. Last week’s bad news for AAPL and Alphabet (GOOGL)—when a judge ruled Apple won’t be allowed to prohibit developers from providing links that direct users away from Apple in-app purchasing— may still be weighing on the sector a bit.

Tech’s tough week continued when shares of Oracle (ORCL) fell in trading before Tuesday’s opening bell despite the company’s earnings beating Wall Street’s average expectations. The problem for investors appeared to be ORCL’s revenue, which came up a bit shy of the consensus analyst estimate. Otherwise, it looked like a strong quarter, with ORCL above guidance on most measures. But when you’re going well, the expectations can be so high. Maybe it’s one of those things where people initially sell the news and then take a harder look and reconsider.

Enough about Tech and its problems, because the Energy and Financial sectors started the week on a positive note. That showed up very clearly when you consider that the $DJI had the best weekly start of any major index, rising more than 0.75%. That index is loaded with banks and Energy firms. Energy got a boost Monday in part from—what else—rising crude. But many of the alternative energy stocks rose too, helped in part by news that the Democrats’ proposed $3.5 trillion reconciliation bill would encourage more use of electric vehicles and non-carbon burning energy sources.

It’s a bit early to start counting on anything the bill might do for alternative energy and electric vehicles, because there’s a long way to go to get it passed and various elements might change. Proposed higher tax credits for people who buy electric  vehicles manufactured in the U.S. by union labor could be an interesting one to watch, because it seems aimed at helping the GMs and Fs of the world, where union labor is still pretty strong. TSLA doesn’t have a labor union at the plant where it produces its cars for the U.S. market.

Maybe you noticed that the week didn’t get off to as good a start for Covid vaccine makers Moderna (MRNA) and Pfizer (PFE). The softness might reflect a report in a well-known medical journal casting doubt on the need for booster shots.

CHART OF THE DAY: KEEPING PACE. Some of the better known semiconductor stocks had a tough day Monday, but overall, the Philadelphia Semiconductor Index (SOX—candlestick) is keeping up nicely year-to-date with the broader Nasdaq 100 (NDX—purple line). Data source: Nasdaq. Chart source: The thinkorswim® platform. For illustrative purposes only. Past performance does not guarantee future results.

Weird Sisters: Are the “mega-cap” Tech stocks behaving like Utilities? It may sound a bit odd to compare what traditionally are some of the fastest-growing companies with a sector traditionally known for being a “bond proxy” and delivering dividends, but not much growth, to investors. Recently, though, a major Wall Street investment bank made the comparison in a note to investors, saying the mega-caps like AAPL GOOGL, Microsoft (MSFT) and others have become other stocks you can look at as “bond proxies,” too because their performance often tracks the bond market. There might be something to that, actually.

Remember earlier this year when the benchmark 10-year Treasury yield soared from around 90 basis points (0.9%) to 1.75% in just about two months? The mega-caps spun lower around the same time, with some, including AAPL, falling nearly 20% (the amount of loss that traditionally defines a bear market). Over the summer, the 10-year yield retreated to as low as 1.1%, and the mega-caps mostly roared back. Now, the yield is parked near 1.3% and not providing much direction, but big-Tech fell last week pretty sharply. You can go ahead and conjecture here about how that might have had something to do with the Fed possibly tapering soon, but that would be getting a little ahead of things. Still, if you want to get direction on big Tech stocks, perhaps the bond market is one place to look. The test for Tech could come if and when the Fed announces taper timing.

Against the Grain: Many analysts are dialing back their expectations for stock market gains in the near future, citing Delta, possible Fed tapering, tough earnings comparisons, and slowing economic growth. Not everyone is cutting, however. Research firm CFRA recently raised its 12-month target for the SPX to 4870, representing a 7.7% gain from where the SPX stood on Aug. 31. “This 12-month forecast also accounts for an interim price correction,” CFRA noted, becoming one of many research firms warning that there could be tough sledding straight ahead. CFRA recently upgraded the Communication Services sector and downgraded Industrials, expecting further gravitation by investors toward proven growth rather than potential growth, along with the favoring of high momentum areas vs. turnaround candidates.  The firm also expects the Fed to announce a taper of stimulus at its November meeting and begin the actual taper by late this year. You can agree or disagree as you wish, but that’s how CFRA sees things.

Food for Thought: A third major U.S. city is tangling in court with food delivery apps such as DoorDash (DASH), Uber (UBER), and Grubhub over delivery fees. In the latest tussle, on Thursday the delivery apps filed a lawsuit against New York City over its law permanently capping the amount of commissions the apps charge restaurants to use their delivery services. This follows a permanent 15% cap per order on food-delivery fees enacted in San Francisco in June, against which the platforms also filed suit. In Chicago in August, the city filed suit against some delivery apps saying the fees charged are not transparent.

The apps became wildly popular after the start of Covid to bring food in while avoiding as much human contact as possible. Many restaurants do not have their own delivery services. The delivery platforms argue, among other things, that cities don’t normally limit other types of delivery fees and did so for food delivery apps during the height of Covid. Continuing the fee caps goes beyond anything related to a public-health emergency.

With winter ahead and deliveries becoming more enticing than going out in the cold, what are the ramifications for other types of deliveries? What happens if Amazon (AMZN) or Walmart (WMT) start certain types of delivery fees? Will they also find themselves in the crosshairs of government fee caps?