Will we see strength continue in the stock markets today? Easing of inflation fears, support for “reopening” stocks, and interest in technology stocks could be helping stock index futures ahead of the open. 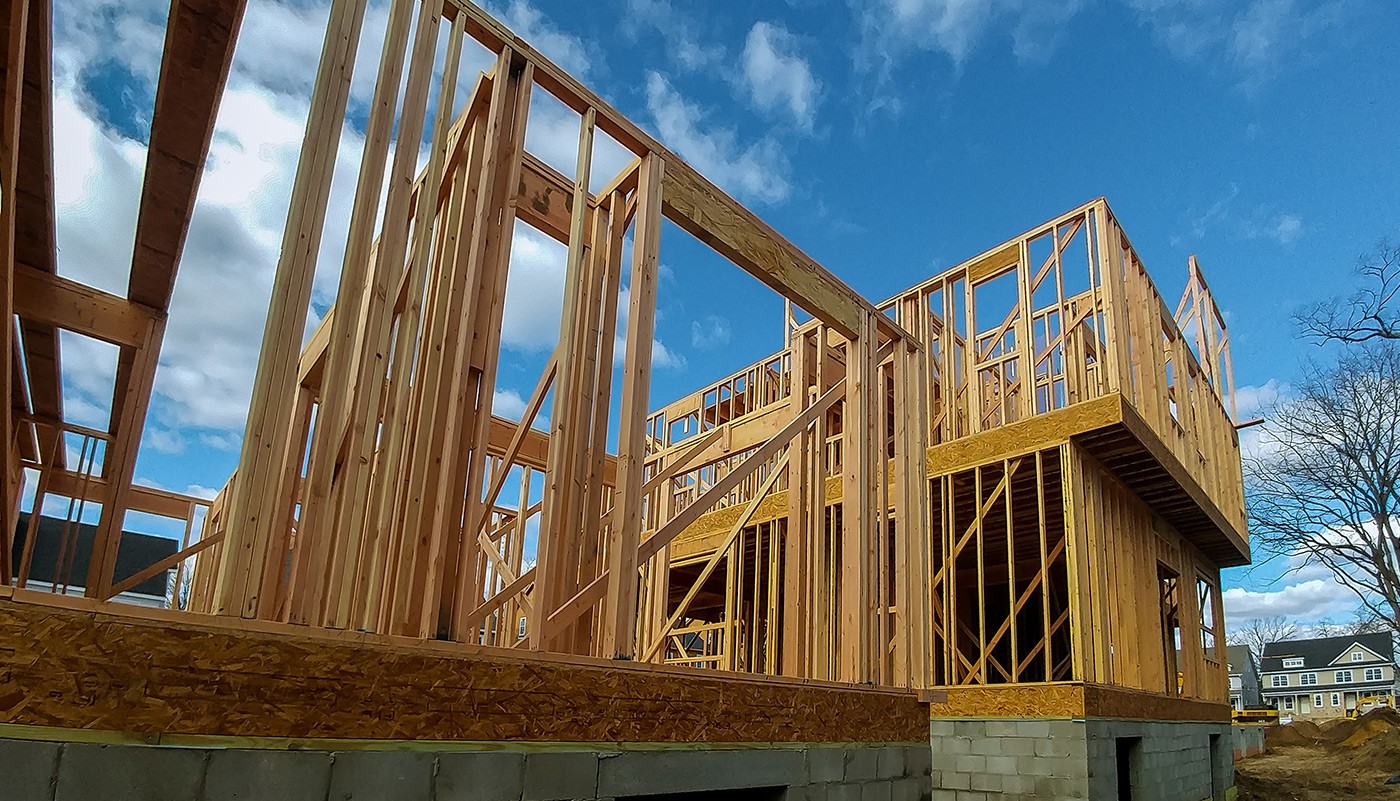 It’s still way too early to write off inflation, especially considering that on Friday we’ll get an important data point in the form of personal consumption expenditure (PCE) prices. However, the so-called “horsemen of risk,” which were galloping a week ago as inflation concerns swirled, are very quiet this morning, possibly opening the way for more constructive activity on Wall Street.

Those risk horsemen include Treasury yields, which fell just below 1.6% for the 10-year note early today, and the Cboe Volatility Index (VIX), now below 19. A week ago, those two were moving the opposite direction and stocks were headed down. Things have really turned around, helped in part by calm words from James Bullard, president of the St. Louis Federal Reserve Bank.

Bullard told Yahoo Finance “we’re not quite there yet” when it comes to changing the Fed’s accommodative policy. He also indicated that the rising demand flows creating pricing pressure are likely to be a mostly temporary phenomenon. Fed speakers the last day or two, including Bullard, have been trying to calm inflation fears a bit. Also, it helps that some commodities, like corn, were down huge yesterday, even if crude is still near recent highs.

Another impressive thing this morning is that the pre-market gains in stocks came despite a 4.5% drop in bitcoin. It’s important that the market was able to do that, because recently stocks seem closely tied to cryptocurrency action. We’ll see if this can hold and prevent a “turnaround Tuesday” after Monday’s gains on Wall Street.

VIX is another factor to watch as we head toward the holiday weekend. It’s down now, but with so much happening, you may see some people try to keep a little protection into the weekend even as the market rallies.

The focus this afternoon turns again to retail earnings. A ton of them are on the way. Today’s earnings calendar includes home builder Toll Brothers (TOL) and retailer Nordstrom (JWN) after the close.

The second of those, JWN, offered solid results last time out, especially on the online side of the business. At the same time, it suffered some inventory problems, so today’s call could be a good chance for investors to check for progress there. JWN has guided for more than 25% revenue growth in its fiscal 2021, with digital representing 50% of sales. Today we’ll see if anything has changed on that front.

The TOL earnings come out today but their call is tomorrow morning. Investors might want to check out what executives there say about housing demand and commodity prices, among other things. TOL is a luxury home builder, so their insights are more around the upper end of the housing market.

There’s good news today on the “reopening” front from United Airlines (UAL), which raised Q2 guidance. It now expects total revenue per available seat mile to be down around 12% for the quarter, compared with previous guidance of down about 20%. Leisure travel appears to be coming back in a big way. UAL shares rose in pre-market trading and this could help other travel stocks, too.

Tech off Mat, but Technical Trends Could Determine Next Move

Elvis had his comeback, and yesterday was Tech’s turn. The battered sector rose more than 1.8% Monday to beat all but one competing sector—Communication Services ($IXC). That actually made some sense, considering some of the biggest stocks in Communication Services like Facebook (FB) and Alphabet (GOOGL) often get lumped in with Tech, too.

For the first time in what feels like a while, the FAANGs got all decked out in green Monday, led by FB and GOOGL. They’re doing well again this morning. It looks like after weeks of lagging the so-called “cyclical” sectors including Financials (IXM) and Energy (IXE), the Tech sector (IXT) at least on Monday found some buying interest. That’s just one day, not a trend, obviously. If you look back over the last month, Tech has had its share of decent days, but couldn’t really put a solid win streak together. It will take more than one day to turn around the trend.

Tech is down more than 4% over the last month and Communications Services is down more than 5%. Meanwhile, Energy has risen more than 9% and Financials more than 7% in that same time frame. Considering that, it’s not too surprising to see action like Monday’s, especially when you consider we’re getting toward the end of the month and that’s when you often see some position-squaring.

Another helpful element for Tech on Monday might have been a slight downtick in the 10-year Treasury yield (see chart below). Generally, lower yields tend to help the Tech and other growth sectors, where many companies have stock prices and valuations that rely on anticipated future growth that could be clipped if rates rise.

Last week, the Fed surprised some analysts and investors with minutes from its last meeting bringing up the chance for some sort of tapering of its stimulus down the road. Instead of reacting bearishly, the market has had a bullish move since then, perhaps because the words convinced a few nervous investors that the Fed won’t necessarily let inflation get out of hand if it becomes more than a temporary issue.

One test for Tech comes today when we’ll find out if FAANGs and the Tech sector in general can build off these gains. As we pointed out yesterday, some investors seem to be bifurcating Tech a bit, seeing less potential damage to the biggest names from possible inflation and rising rates. It wasn’t just FAANGs leading the charge yesterday, either. Semiconductors outperformed Tech in general, rising more than 2%. The Philadelphia Semiconductor Index (SOX), however, remains nearly 6% below its all-time high posted in early April.

Some of today’s action in Tech could depend on technical factors in the Nasdaq-100 (NDX), which includes most of the biggest Tech stocks. That index appears to be in the middle of a more bullish pattern that included last week’s comeback after testing but not surpassing its low from earlier in May. Also, Monday’s close of 13,641 was its best since May 7, when it closed at 13,719. We’ll see now if the next move is another test of the May lows or an attempt to move toward that May 7 level.

Hard to Beat This

While many analysts expect a great Q2 earnings season, especially considering the easy comparisons to a year earlier when the pandemic had us in shutdown, it’s probably going to be very hard to improve on Q1 numbers. To some extent, this helps explain the market’s malaise in recent weeks. When corporate profits are doing this well, how much better can they get?

That makes Q1 the best earnings quarter in more than 10 years in terms of EPS growth, which is pretty amazing when you consider that the year-over-year comparison wasn’t actually all that easy. Two-thirds of the January-through-March quarter compared to months in 2020 before the pandemic crushed the economy. It was only in March 2020 when things really went downhill.

CHART OF THE DAY: LACKLUSTER YIELDS HELPING TECH? The 10-year Treasury yield (TNX—candlestick) continues to hover near 1.6% like a moth around a flame. That may be one thing that’s giving the Tech sector (IXT—purple line) a bit of room to power up after having an early May to forget. Data sources: Cboe, S&P Dow Jones Indices.  Chart source: The thinkorswim® platform. For illustrative purposes only. Past performance does not guarantee future results.

Fed Watch: One week after the Fed’s meeting minutes surprised some investors by including talk of possible “tapering,” two important data points loom that could help shape the Fed’s thinking ahead of its mid-June meeting. Both come later this week, with the government’s second estimate for Q1 gross domestic product growth due Thursday and personal consumption expenditures (PCE) price data due Friday. As a reminder, the government’s first Q1 GDP estimate was 6.4%—a bit below the 6.6% average Wall Street projection. If the Bureau of Labor Statistics on Thursday hikes its original number toward what analysts had been thinking (or above) it could be another signal to the Fed that the economy charged through Q1 in pretty good shape.

We’ll talk more about PCE data later this week, but keep in mind that core PCE prices—a key inflation indicator—rose a relatively tame 0.4% in March. That’s the last data we have for PCE, but we know that in April the consumer price index surged 0.9%, the highest core CPI growth month-over-month since April 1982. Will PCE prices show the same kind of April spike? If so, it could get people talking again about a more hawkish Fed.

Technical Test for SPX: The S&P 500 Index (SPX) just missed closing above 4200 on Monday, which would have been the first time since May 7. It did finish above 4180, an area some analysts had called key resistance going into the week.

The test today could be whether it can get above 4200 and stay there. If investors keep piling into the so-called “mega-cap” Tech companies that make up a decent chunk of the SPX’s overall weighting, getting above 4200 could be easier. One thing that’s limited SPX gains recently is the fact that smaller stocks in Financials, Energy, and Industrials (IXI) have made more of the gains. That’s good for people who own them, but not so helpful for the overall SPX which is weighted so heavily toward Tech and Communication Services.

EV Focus Ahead of Ford Event: If electric vehicles charge up your investing enthusiasm, Wednesday’s presentation from Ford (F) might be worth tuning in for. Ford promises the event “will take the investment community and other stakeholders deeper into its Ford+ plan to transform the customer experience…including leading the electric-vehicle revolution…” This comes after last week’s F unveiling of its all-electric F-150 light-duty pickup truck, slated to begin selling in 2022 in the U.S.

Also, F recently recharged the Mustang experience with the Mustang-Mach E after nearly 60 years of selling gasoline-powered Mustangs (don’t worry—you can still drive away with a big gas-powered V8 Mustang—some things don’t change). Besides giving more detail on F’s electric pickup program and its recent joint venture on batteries with SK Innovation, the event could give investors information on F’s path toward other issues, such as improving profit margins, Barron’s noted. F stock finished last week near its 52-week highs but gave up ground on Monday.