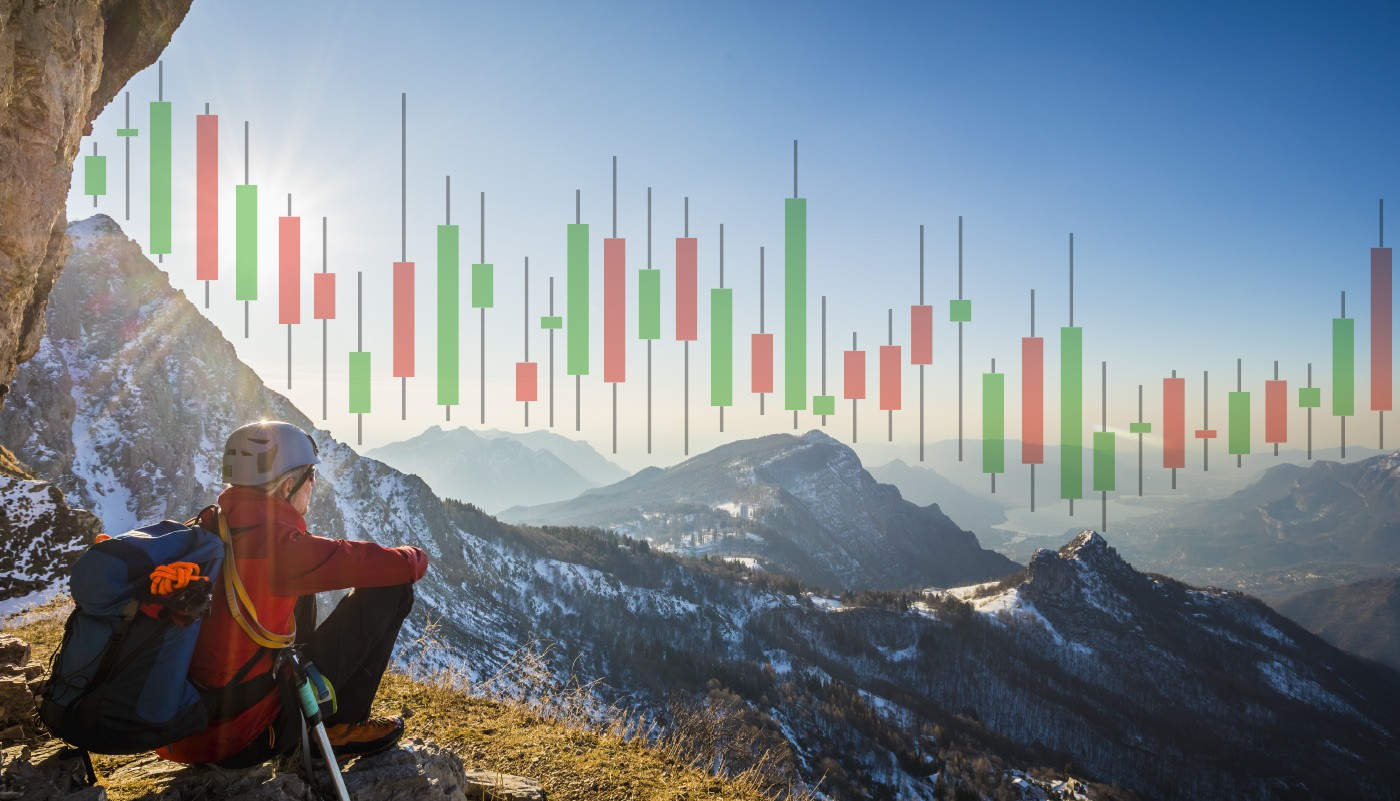 (Friday Market Open) If you’re bullish, this must feel like the week that keeps on giving.

Sure, there was a slight hiccup a couple days ago, but since then things have gone pretty much straight up. Stocks seem ready to continue that today, with gains in pre-market trading. Momentum means a lot right now, and indices are rolling up new record highs almost every day.

Earnings season is off to an impressive start, and geopolitics are relatively quiet for now. The S&P 500 Index (SPX) reached 3300 for the first time yesterday, and Alphabet’s (GOOGL) market cap hit $1 trillion.

Housing starts last month hit an eye-popping 13-year high, the government said Friday. They rose nearly 17% to an annualized pace of 1.61 million, way above analyst predictions. Low mortgage rates and the healthy job market probably play a part, while sectors ranging from Financials to Materials could possibly get a lift if housing keeps up this pace.

About 7% of S&P 500 companies have reported Q4 results so far, with 74% posting better than expected earnings per share, FactSet said. Oil services company Schlumberger (SLB) was the latest to beat analysts’ expectations with its top- and bottom-line results this morning, and shares rose nearly 3%, a rare sign of strength in the struggling Energy sector.

China is in the mix this morning, but not for the right reasons, after the government reported 6.1% growth in 2019. That’s the worst in nearly 30 years, and some economists think it could fall below 6% this year. The trade war probably didn’t help, but a falling birth rate and high debt levels also factor in. There’s no way to sugar-coat this, because a weaker Chinese economy could boomerang around the world. However, China’s growth has been slowing for a while, and maybe the phase one deal could give its economy support.

It’s the last session before a three-day weekend, so volume might be thinner than usual and a bit of volatility has a chance to show up (see more below). That means traders might want to take extra care moving in and out of positions. The Daily Market Update won’t be published Monday, but returns Tuesday.

There’s still data headed our way this morning as the University of Michigan reports its latest  consumer sentiment numbers. Consensus on Wall Street is for a headline figure of 98.9%, just below the 99.3% reading last time out, Briefing.com said. Generally, this indicator has been on the climb since last summer, supporting claims that consumers are in good shape. One thing to consider watching beyond the headline is inflation expectations, which fell to an annual level of 2.2% last time out, the lowest since the late 1970s.

Next week the earnings schedule picks up again after Monday’s holiday, but economic data-wise it might feel like an extended holiday break. The only major number is existing home sales Wednesday.

Earnings to consider monitoring next week include IBM (IBM), Netflix (NFLX), Abbott Labs (ABT), Johnson & Johnson (JNJ), Texas Instruments (TXN), Intel (INTC), Union Pacific (UNP),  Southwest (LUV), and United Airlines (UAL). This week it’s been all about the banks, but as earnings season rolls on, the other industries start to show up. Semiconductor shares might be in sharp focus considering INTC and TXN are on the schedule.

In its last forecast, FactSet predicted a 2% drop in Q4 earnings per share for S&P 500 companies. It could be interesting to see if that number starts to move higher, but more earnings need to hit the books before we’ll know if it’s an under-estimate.

Back to Record Heights

It was pretty incredible to see every sector of the SPX move higher yesterday, led by—what else—Technology. The defensive trading that showed up Tuesday and Wednesday faded after Morgan Stanley (MS) impressed with its Q4 results and retail sales and jobless claims both provided more sense of a solid economy.

It turned out it was too early to write the obituary for semiconductors, as the PHLX Semiconductor index shot up nearly 2% amid new strength in usual suspects like Nvidia (NVDA), Advanced Micro Devices (AMD), and Intel (INTC). Some of those high-fliers had started to show signs of fatigue back on Wednesday, but they revived quickly. Maybe that’s a sign that buying interest could appear on declines as some investors still see the sector leading things higher.

The FAANGs came to town, too, with four of the five stocks in that bunch climbing. The leader was Apple (AAPL), which has been humming along for months. Still, the FAANGs in general have had a pretty strong start this year, with some analysts wondering if maybe the worst of the regulatory storm might be over.

While cyclicals shined Thursday, that didn’t mean defensive sectors got left behind. Utilities and Real Estate were among the leaders. Some analysts say these could continue to find bids if Treasury yields stay depressed at well below 2% for the 10-year. People looking for yield aren’t getting it from Treasuries.

It’s hard to ever say one stock set the tone, but MS might have done that Thursday. It’s not often when you see one of the big institutional banks go up nearly 7% and just hang out there all day, but that’s the way things went. The company enjoyed a surge in Q4 fixed income trading, and analysts just hadn’t predicted this kind of performance. Generally, bank earnings looked very impressive with the exception of Wells Fargo (WFC) and a bottom-line miss from Goldman Sachs (GS). When you look at those two, however, the issues were isolated to specific things going on at the companies, and didn’t reflect industry trends.

If you want to throw darts at this rally, you could focus on some analysts saying that gains are getting more focused in just a handful of shares. That’s definitely concerning, because the best scenario is for a rising tide that lifts most boats. A counter-argument might be that every S&P 500 sector has risen over the last month and over the last three months, so it’s not like one sector is basking in applause while the rest shy away backstage.

That said, the five most valuable U.S. tech companies now account for over 17% of the S&P 500, up from 11% in 2015. Even in the face of heightened regulatory pressure, the dominant companies continue to grow and attract investor dollars.

One sign of broader market strength is that both the Russell 2000 (RUT) small-cap index and the Dow Jones Transportation Average ($DJT) outpaced the broader SPX yesterday. These two indices had been laggards, but any improvement in their fortunes might bode well for the market because small-caps and transports are often seen as canaries in the coal mine.

The other thing people might pick on is valuations, which are running historically high at above 19 for the SPX. One argument is that the Fed is helping prolong this rally and stretching valuations through its current buying program. Now that earnings season is here, investors get a chance to see if companies can stand on their own and prove they’re strong without necessarily getting stock market help from cheap money.

CHART OF THE DAY: FAANG DEATH RUMORS EXAGGERATED: Anyone who thinks the FAANG stocks ($NYFANG—candlestick) have seen their best days might want to check out their performance vs. the S&P 500 Index (SPX—purple line) over the last three months. This chart shows how much the FAANGs have outperformed the broader index. Data Source: S&P Dow Jones Indices. Chart source: The thinkorswim® platform from TD Ameritrade. For illustrative purposes only. Past performance does not guarantee future results.

When the Big Banks Talk … It’s still just the start of earnings season and way too early to take much away, considering more than 90% of S&P 500 companies haven’t reported yet. However, a steady march out of the gate by the banks could be meaningful, in part because the banks, by the very nature of their business, reflect so much economic and market sentiment. So when a bank executive like JP Morgan Chase (JPM) CEO Jamie Dimon says in the company’s Q4 earnings release that "the US consumer continues to be in a strong position" and "the robust holiday season" led to a 10% jump in credit card transactions for JPM during the quarter, he’s talking from a position of authority. Not that CEOs in other sectors aren’t, but they’re more focused on their individual industries. Bank executives run businesses that tend to give them a big picture perspective.

Day Off: Monday’s a holiday with the markets closed in the U.S. That means it might be a good idea to be a bit more cautious in your trades today and perhaps consider smaller ones than normal. Volatility might hop a little as investors prepare for a three-day weekend. Though the geopolitical situation has been a bit quieter lately and a phase one China deal is signed, there’s always a chance of events happening over a long weekend that people won’t be able to immediately trade on. This tends to make investors nervous going in, meaning there might be some profit taking and short covering in the meantime. So enjoy the long weekend away from the market, but understand that today might be unpredictable.

Volatility Matters: While it might pick up ahead of the weekend, volatility, as measured by the Cboe Volatility Index (VIX), just hasn’t been a factor lately. The VIX traded down near 12.3 on Thursday and hasn’t shown much inclination to re-test highs near 16 that it hit earlier this month when Iran tensions flashed. However, in the spirit of that old market saying about low prices being the cure for low prices, some analysts see a lower VIX as one indication of possible volatility ahead. One school of thought suggests investors have gotten too complacent, partly because some of the major issues like Brexit and China trade have receded. It’s probably never a good idea to get that way. Like a talented baseball pitcher, the market has a way of punishing people who take their eyes off the ball. Also, as one analyst pointed out on CNBC yesterday, we’re never more than one tweet away from possible volatility.