Home and Away: BOJ, China and Davos Distract From Bank Earnings, Sending Yields Up, Stocks Down 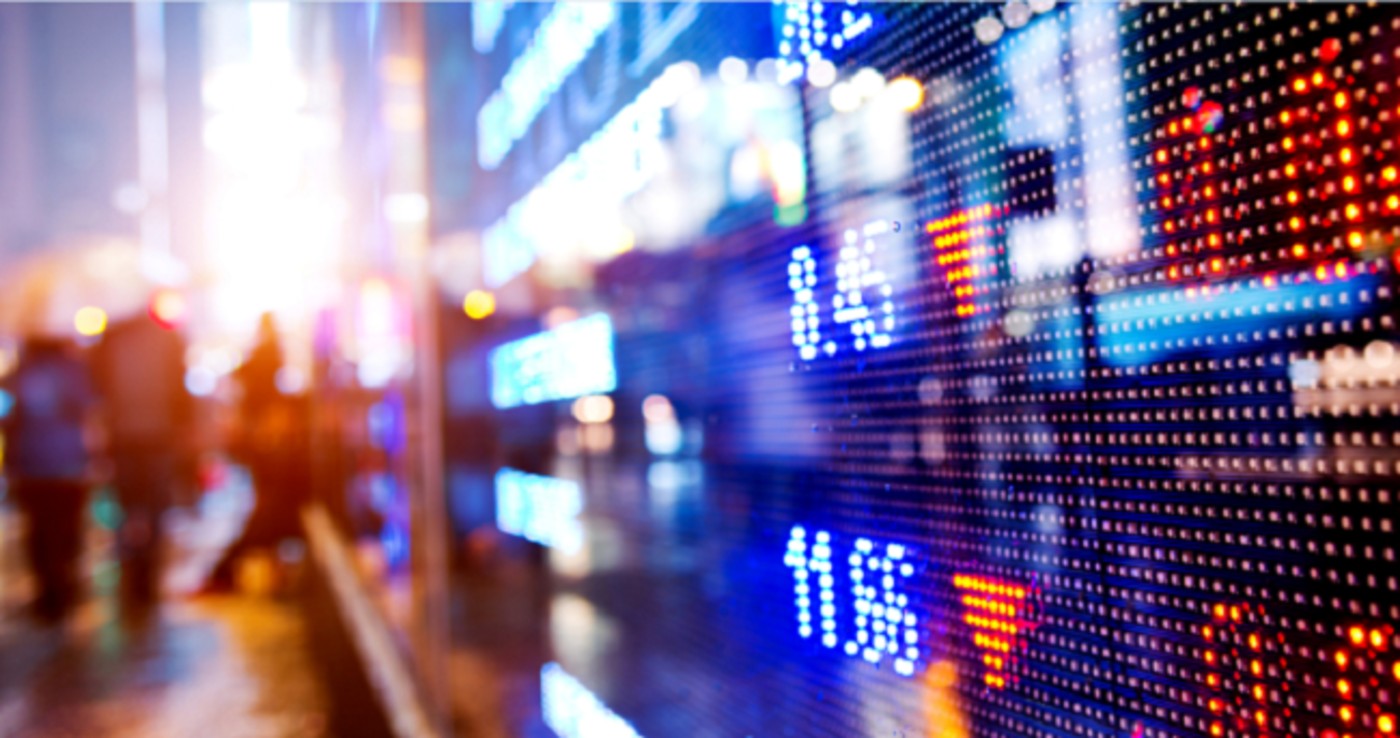 (Tuesday Market Open) Following Friday’s mixed earnings performance from four of the largest U.S. banks, Tuesday kicked off with more mixed results from two closely followed names in investment banking. That, along with overnight weakness in Europe and Asia, helped set a negative tone in the premarket.

As investors digest these latest bank earnings, today brings a speech from New York Federal Reserve President John Williams. Tomorrow, market-watchers might brace for a fresh read on producer prices and a Bank of Japan (BOJ) meeting that could be eventful.

Also, the World Economic Forum in Davos is underway, and a lot of market participants will be tuned in to hear attendees’ expectations for global growth. Already, some comments from Switzerland have raised concern that China’s reopening may not be certain to bring a year of robust gains for that economy.

With so much to plow through this week, it’s not surprising to see Cboe Volatility Index® (VIX) futures nudging back above 20 this morning after falling below 19 last week. Things are likely to be choppy, with the main focus this week on China, the BOJ, and the continued flow of Q4 earnings.

China’s gross domestic product (GDP) data earlier today came in a bit better than expected, highlighted by flat Q4 growth versus analyst expectations for a 0.8% drop from Q3. GDP grew 2.9% from a year earlier, also above expectations. Strength in U.S. Treasury yields this morning could reflect the better-than-expected Chinese data.

Investors also could be pricing in expectations ahead of tomorrow’s Bank of Japan (BOJ) meeting wrap-up. Last time the BOJ gathered, U.S. yields popped as Japan’s central bank widened the band in which it would allow its 10-year yield to move. It wasn’t a rate increase but certainly a move in that direction. CNBC reported this morning that there’s speculation the BOJ might end its yield curve control policy, as the yen’s risen sharply recently versus the dollar.

Things were a bit better over at MS, but not by much. Morgan Stanley came up 5 cents short of Wall Street’s consensus on earnings per share (EPS) but the company did exceed analysts’ revenue estimates, helped by a solid quarter for fixed income trading. Investment banking revenue fell 49% year over year.

Keep in mind that MS and GS are more oriented toward capital markets rather than consumer banking covered in last week’s financials sector earnings. It’s also possible the market may shake off these early investment banking results quickly because the big banks previewed that environment on Friday.

Beyond banks, this week is when the earnings engine starts accelerating. Some key company reports to keep an eye on include Procter & Gamble (PG) and Netflix (NFLX), on Thursday and Schlumberger (SLB) on Friday. It’s really the calm before the storm, because about 60% of all S&P 500® companies report the weeks of January 23 and January 30.

Last week’s December Consumer Price Index (CPI) was a bit of yawner, with numbers that resembled a straight fastball down the middle. Could Wall Street be vulnerable if tomorrow morning’s December Producer Price Index (PPI), due before the open, delivers a curveball? Quite possibly.

Wall Street remains glued to the Federal Reserve like a teenager to their phone, and nothing in the CPI report really budged ideas that the Fed still has work to do in bringing down prices. The services components in particular remain uncomfortably high. Common wisdom suggests the PPI can often hint at potential bumps in the road for CPI, as companies often end up shifting their higher costs to customers at some point.

Wednesday morning’s premarket also brings December retail sales. They fell a sharp 0.6% in November, dragged by weak automobile sales. Even with autos not included, retail sales edged 0.2% lower. The trend in retail sales appears to be toward lighter spending on discretionary items like clothing, sporting goods, electronics and furniture, while spending on restaurants and online grows.

Missed it by that much.

The S&P 500 index (SPX) closed one point below 4,000 Friday despite recession warnings from JP Morgan Chase (JPM) and Bank of America (BAC). Mixed earnings results and outlooks from JPM, BAC and other banks didn’t prevent a pretty impressive showing by Wall Street. The SPX rose 2.6% for the week and eclipsed its 200-day moving average (MA) of 3,981 as it posted one-month highs.

The secret? Mega-cap stocks like Amazon (AMZN) and Apple (AAPL) that recently recorded new 52- week lows came roaring back, possibly on investor thinking that the worst pain might be over for info tech. This is debatable and seems based on theories that the Fed ultimately decides to pivot rather than keep promises to raise rates above 5%. Seems the “pivot crowd” is back in town.

CHART OF THE DAY: RECESSION WARNING? The spread between the 3-month Treasury yield and the 10-year Treasury yield (TNX) reached 112 basis points Friday, the widest in more than 20 years, as this 20-year chart shows. The 3-month yield finished the week at 4.62%, compared with 3.5% for the 10-year yield. When longer-term yields are lower than near-term ones, it’s called an “inverted” yield curve and often is associated with economic downturns. Source: Federal Reserve’s FRED database. FRED® is a registered trademark of the Federal Reserve Bank of St. Louis. The Federal Reserve Bank of St. Louis does not sponsor or endorse and is not affiliated with TD Ameritrade. For illustrative purposes only. Chart source: The thinkorswim® platform. For illustrative purposes only. Past performance does not guarantee future results.

Industrials Earnings Tune Up: The weeks ahead provide investors a deep dive into industrials as companies like 3M (MMM), Boeing (BA), Caterpillar (CAT), and many major airlines report. While analysts sliced their Q4 sector earnings projections sharply for most sectors over the last three months, industrials held on pretty well. Average Q4 earnings estimates for the sector were down just 1% since September 30, according to research firm FactSet. In fact, the industrials sector’s Q4 EPS looks like a potential bright spot for the entire reporting period, with analysts expecting a 38.5% year-over-year EPS increase for that period. Some estimates are even higher, with research firm CFRA projecting 40% earnings growth for the sector. This puts industrials second only to energy on the Q4 earnings scoreboard. Of course, we haven’t played the game yet, so that could change. Analysts expect nine of the 12 industrials subsectors to see earnings gains in Q4, led by aerospace and defense, with machinery next. Industrials also are expected to lead all sectors in Q4 revenue growth, as that metric is anticipated to rise more than 9% year over year. Though some of that could depend on whether the economy is able to avoid recession, something still being debated.

Boeing Gets a Tailwind: Where did industrials find so much power in Q4? From a surprising source. Not long ago, BA seemed unable to catch a break. Even after emerging from the 737 MAX and COVID-19 issues that plagued its shares over the last three years, BA reported trouble in Q3 related to its defense unit. This included losses related to modifying two 747 jets to serve as the new Air Force One. By mid-October, BA shares were down 35% from the start of the year, well below the 23% year-to-date drop for the SPX at the time. Since then, BA shares engineered a major turnaround, rising 64% over the last three months and approaching one-year highs. BA, which is expected to report January 25, still could face supply chain issues, and its defense unit problems aren’t necessarily over. The strength appears to be in its commercial unit, which got a lift back in Q3 when it delivered 112 planes, up from 85 a year earlier. Then in Q4, Alaska Airlines (ALK) made a deal with BA to buy a new batch of 737 Max jets. Today, BA is practically swimming in orders, with more than 1,600 over the last two years. That order backlog is one reason investors are jumping back onboard, Barron’s noted this week. BA and five airline companies in the industrials sector together are predicted to be the largest contributors to Q4 sector earnings growth, FactSet noted. Without their contribution, the sector’s earnings would be anticipated to rise just 6.8%, not 38.5%.

Are Industrials Margins at Risk? Another metric to watch as industrials report in coming weeks is net profit margin. The sector was one of the leaders in net profit margin growth in Q3, but can that be sustained as wages continue to rise with a still-tight employment climate? If margins get challenged, it might be tough to maintain the accelerating EPS trend mentioned above. That said, not every industrials subsector is thriving. Air freight and logistics is expected to see Q4 earnings fall 14%, according to FactSet. As a whole, industrials stocks fell just 7.1% in 2022 versus 19.4% for the SPX. And their current 12-month forward price-earnings (P/E) ratio is at 18.9, slightly above 17.8 for the SPX, CFRA said. That raises the question whether some of the sector’s expected earnings strength is already priced in. BA, for instance, got an analyst downgrade this week related partly to its price.