The market is taking a train down to Georgia today, with investors focused on voting results there and possible ramifications for U.S. tax policy. In the meantime, things could be a bit wobbly today after a selloff to start the year. A test of yesterday’s lows is possible. 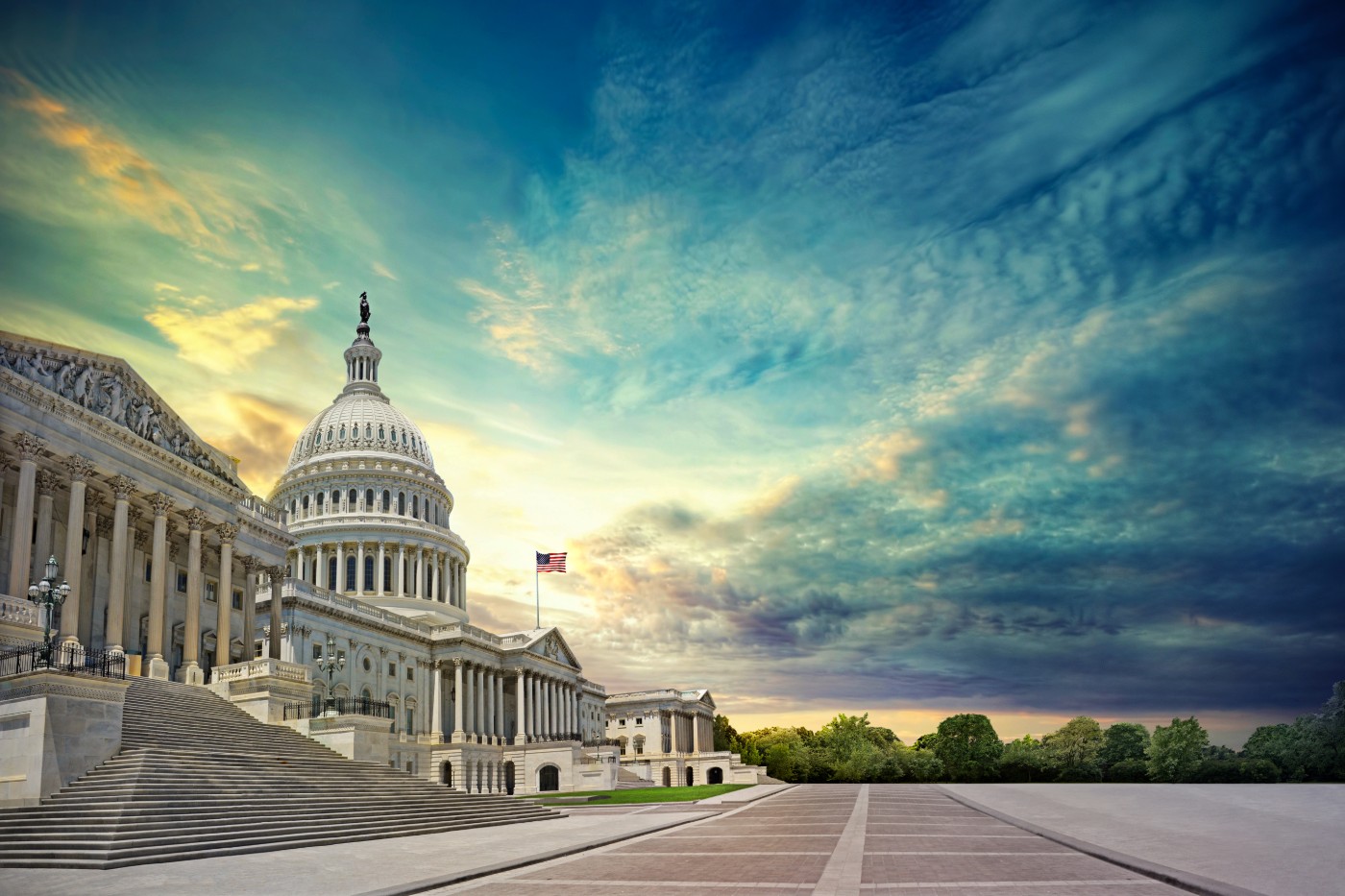 Pre-voting jitters helped rough up Wall Street Monday ahead of Georgia Senate elections today that will determine control of Congress. Then the market wobbled overnight, trading both sides of unchanged. By morning, things looked neutral. Today could be one of those days where direction is hard to find as investors bide their time waiting for results from the Peach State.

This isn’t a political column, but there’s growing concern among investors that a Democratic victory might lead to corporate or capital gains taxes rising. Some analysts even think earnings estimates could take a hit if Democrats win, based on ideas that a higher corporate tax could crimp profits.

The market took a beating yesterday on this type of talk, combined with news out of the UK on lockdowns.  Although the lockdowns are very real, the tax talk is all extremely speculative.

Whoever wins, it’ll likely remain tough to get much done on Capitol Hill considering how closely matched the two parties are in the House and Senate. Having said that, many investors counted on Washington gridlock when they bid up the market over the last two months. Recent polls from Georgia suggested maybe that isn’t so certain, raising the prospect of full Democratic control of the House, Senate, and White House for the first time since 2009–2010.

All these swirling political winds mean we could be in for a choppy ride the next day or two—or even longer, depending on how long it takes to count the votes. Polls have been extremely close, for what it’s worth, and the tighter the race, the more scrutiny the results could come under. Once this is over, it’s going to be nice to finally have elections behind us.

Stay At Home Vs. Reopening: 2021 Version

Monday didn’t get the year off to a very promising start. At times, major indices fell 2% or more after earlier making new all-time highs. It was kind of like experiencing March 2020 and December 2020 on the same day.

With today’s election putting so much focus on Georgia, maybe it’s not ironic that Coca-Cola (KO), based in Atlanta, was one of the worst performers yesterday. What may have hurt KO was rising virus-related hospitalizations and cases that had some investors worried it could take longer to get back to normal.

A new lockdown in England to keep the new strain of COVID-19 under control probably helped push KO and other stocks down on Monday, too. KO shares were up in December thanks in part to ideas that people would soon be heading back to ballgames and other venues where the company sees so much of its business. A downgrade from a Wall Street analyst also appeared to hurt KO shares.

Reopening delay worries seemed to weigh on hotels and airlines to start the week, with Boeing (BA) also getting knocked. It may be a new year, but that same narrative we saw through much of 2020—stay at home vs. going out—hasn’t gone away. The vaccines are a great tool and there’s a lot of hope they can change this narrative going forward, but they’re not a magic bullet. The logistical challenges so far reinforce that.

Despite the year starting on a down note for Wall Street, yesterday’s selloff wasn’t necessarily the worst thing that could have happened.

Let’s face it, nothing goes straight up forever. The market looked like it was due for a selloff based on what’s happened the last few weeks, especially with major indices so far above their long-term moving averages. It may feel bad when a selloff happens, but you could argue stocks got out a little over their skis recently. The major indices did have nice comebacks late yesterday, but sometimes that can set things up for a retest of the lows.

As noted here yesterday, volatility is on the rise. The Cboe Volatility Index (VIX) hit two-week highs Monday, rose again early Tuesday, and is probably going to remain elevated as long as the political situation stays so tense. VIX approached 30 at times Monday, a level it flirted with last fall but ultimately had trouble staying above. That could remain the area to watch.

Speaking of what to watch, the S&P 500 Index (SPX) finished right at 3700 on Monday after falling below a technical support level at 3750 early in the day. It had gone well under 3700 at times, so the comeback to close there might have some positive technical ramifications going into Tuesday. The Monday SPX low of around 3662 didn’t come close to approaching key near-term support that sits near 3633, according to research firm CFRA. We’ll see if the SPX tests that low today and if it holds.

Meanwhile, the sagging dollar index sits just below 90 and just above an area where CFRA sees support at 89.33. A drop below that might raise some eyebrows around the market, with the dollar already at nearly three-year lows. Dovish Fed policy is helping push the dollar lower, and that tends to raise commodity prices.

Crude, however, came under pressure early this week as investors awaited an OPEC production decision. It had been expected Monday but got postponed to Tuesday, media reported. OPEC has to decide whether to increase output in February.

On the data front, stay tuned for ISM manufacturing data this morning. Sometimes this report can be influential because it provides insight into the state of manufacturing on a national level and can sometimes provide perspective on future demand from business and consumers.

CHART OF THE DAY: BOUNCING OFF THE VOLATILITY FLOOR. The Cboe Volatility Index (VIX)—which finished 2020 in the low 20s—nearly touched 30 at one point yesterday before settling in just below 27. A year ago, a VIX above 20 was seen by many as a sign of elevated risk. But since the COVID outbreak, the risk gauge has bounced off that 20 level several times, only to pop back up. Data source: Cboe Global Markets. Chart source: The thinkorswim® platform from TD Ameritrade. For illustrative purposes only. Past performance does not guarantee future results.

A Word from Investors: December’s Investor Movement Index® (IMXSM)—TD Ameritrade’s proprietary, behavior-based index to measure what investors actually were doing and how they were positioned in the market—increased to 6.26 in December, up 15.71 percent from its November score of 5.41.

To cap off a tumultuous year, the positive headlines in December apparently helped lead some TD Ameritrade clients to increase their exposure to the markets. There’s no question that the final trading period of the year reflected a growing sense of optimism around economic recovery and hope for an end to the pandemic. In 2021, however, the pandemic will most likely continue as the No. 1 news story for at least the first half of the year and with that, it will most likely remain the greatest source of market volatility.

In the December period, TD Ameritrade clients were net buyers overall and net buyers of equities. Some of the popular names bought during the period were Pfizer (PFE), Moderna (MRNA), NIO (NIO), Tesla (TSLA), and Salesforce (CRM)

Although clients were net buyers of equities, they found some names to sell during the period, including: Slack (WORK), Fastly (FSLY) Occidental Petroleum (OXY), Haliburton (HAL), and Twitter (TWTR).

Walking Down “Main Street”: While COVID-19 will likely be with us for a while and the next few months could be tough, it is encouraging to see some major investment banks predicting better times ahead. Morgan Stanley (MS) is one of the more optimistic voices on Wall Street, predicting U.S. gross domestic product (GDP) growth of 5.9% in 2021, up from a drop of 3.5% in 2020. The bank expects global growth to be even better at above 6%. “Though challenges remain, we think this global recovery is sustainable, synchronous and supported by policy, following much of the ‘normal’ post-recession playbook,” the company said in a research note last month.

This isn’t just good news for the markets (if it happens). It also could mean better times for Main Street, which hasn’t shared the big gains enjoyed by many major companies over the last six months. As long as Main Street keeps struggling and millions of Americans are out of their jobs due to the pandemic, things won’t be truly back to normal.

Crowded Jetways: Though the skies looked gloomy for airline stocks Monday, it’s worth noting that more people boarded airliners on Sunday than on any day since the pandemic began. A total of 1.327 million people passed through Transportation Safety Administration (TSA) checkpoints on Sunday, compared with 2.42 million on the same weekend day a year earlier, TSA said. That’s the most for a single day since March 15. Of course, this raised some concerns that there could be a post-holiday surge in new cases due to all the travel. We have to wait and see, but that’s another thing potentially gumming up the works of this long rally.