The Financial sector, which had lagged the S&P 500 Index in 2017 and 2018, kept pace with the broader index in 2019, helped in part by healthy consumer spending trends and an overall bullish outlook. 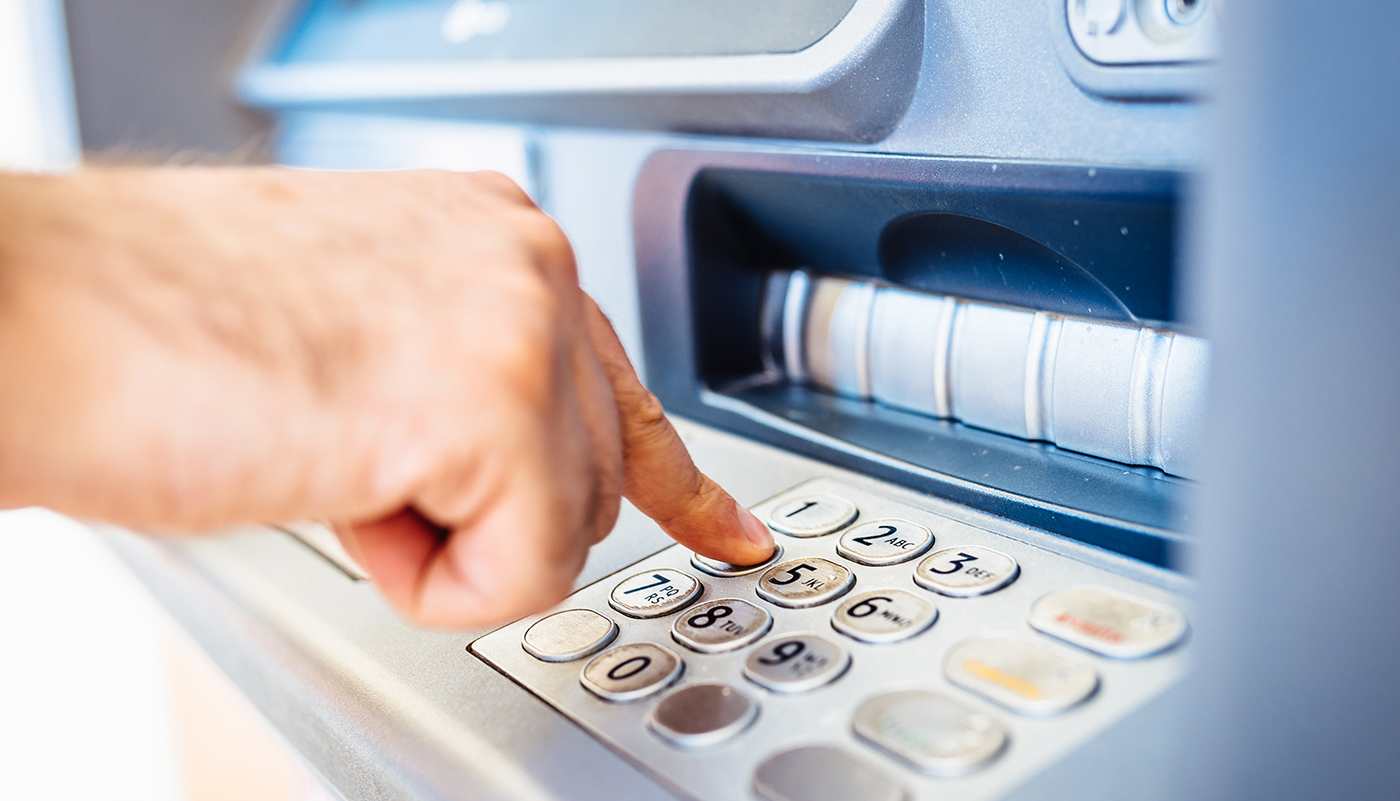 For a few years there, it didn’t seem possible that the Financial sector would catch up with the broader S&P 500 Index (SPX). As anyone trading big banks probably remembers, it could be a frustrating experience at times during 2017 and 2018 as they often lagged the market.

That changed in 2019, though it didn’t seem like it would at first. As late as the end of May, Financials had gained 7% year-to-date vs. 12% for the SPX. Investors who held on to Financial stocks ultimately earned a reward for their patience, however, as the sector gained ground in the second half and finished the year up about 30%, a little ahead of the SPX. That’s quite a turnaround from 2018, when Financial stocks fell more than 14% vs. a 6% decline for the SPX.

Now it’s a new year and banks lead off the Q4 earnings reporting season starting January 14. Before we start talking about what those earnings could deliver, let’s look at a few factors that might have helped the sector bounce back in the last six months of 2019.

Second Chance in Second Half

What made the difference in the second half? Consumer strength appeared to play a big role. That—along with lower rates that might have had borrowers more eager to take out loans—probably brought some new spark to the sector.

Also, executives at some of the largest U.S. banks continued to do an impressive job of managing the books, and that was one factor contributing to sector earnings growth of about 5.4% in Q3, compared with a 0.6% loss for overall S&P 500 companies, according to S&P Capital IQ.

Healthier finances in the Financial sector might be evident in one trend recently: Buybacks rose 26.4% in Q3 for the sector to $47.8 billion, research firm CFRA said, up from $37.8 billion in the prior quarter. They represented 27.2% of all Q3 buybacks, vs. 22.9% in Q2. Companies don’t tend to buy back stock when times are tough, nor when the outlook might be sketchy.

One thing that might have helped jump-start Financial stocks last year was fading worries of a possible recession, according to market analysis firm Briefing.com. With Financials at that time looking like a value play to some investors after the sector trailed the broader market much of the last two years, fund managers appeared to add some exposure.

Strength in Financials might seem a little puzzling if you think about how it happened at the same time the Fed lowered interest rates by 75 basis points between July and October. Typically, higher rates tend to help profit margins at banks. Higher rates can also put pressure on the U.S. dollar, which means a bigger market for U.S. products and perhaps some of that strength filtering through to the major Wall Street financial firms.

There was some sign of rates coming back a bit late in Q4, with the benchmark U.S. 10-year Treasury yield climbing above 1.9% from lows below 1.5% last summer. Also, the dollar index gave up a little ground, falling to six-month lows by the end of the year.

Another thing potentially helping banks was the Fed deciding in September to begin injecting more liquidity into the overnight money markets after a sudden spike in rates. Since the Fed’s announcement, the yield curve—which tracks yields on various bonds of varying expiration dates—has moved from being inverted (when long-term yields fall below short-term ones), back to a more historically normal situation. Typically, a stronger yield curve is considered a healthier environment for banks, and might be helping their balance sheets.

Earlier in the year, there was much hand-wringing—and a good bit of market concern—over a yield curve that continued to narrow. At one point last summer, the spread between the 2-year and 10-year Treasury notes (the “2/10 spread”) flipped negative—a phenomenon which has in the past been a sign of a coming recession. Since then, however, the yield curve has been quietly steepening. Last week, the 2/10 spread widened to 0.32%, its highest level since the fall of 2018.

Another factor that could potentially continue to help balance sheets for many large banks is the credit card business. Americans have accumulated near-record levels of credit card debt over the past year as card companies have increased interest rates and fees, the Washington Post reported recently. That’s helping drive record banking industry profits, but could become increasingly costly for consumers who don’t pay off their bill every month or miss a payment, industry experts say.

Some of the banks reporting big gains in credit card revenue in Q3 included JP Morgan (JPM) and Citigroup (C). The Q4 numbers should include most of the holiday shopping season, which by many accounts went pretty well for retailers. That could get reflected in both the big banks’ credit card businesses and in the business of credit card companies like Visa (V) and MasterCard (MA).

Cheap credit also came to the housing market’s benefit last year. That’s often a boon for banks, which can make big money on those mortgage loans. Housing starts in 2019 were on track to have their best year since 2007, forecasting firm FactSet reported.

FIGURE 1: KEEPING PACE. After lagging the broader-based S&P 500 (SPX - purple line) the previous year, the Financials sector (IXM - candlestick) held its own in 2019—both IXM and the broader index finished the year up roughly 29%. Data source: S&P Dow Jones Indices. Chart source: The thinkorswim® platform from TD Ameritrade. For illustrative purposes only. Past performance does not guarantee future results.

What to Listen For

Though it might not have been planned, it can be helpful that banks report early in the earnings season. Few other industries have larger megaphones or the ability to set the tone like the biggest financial institutions can. The other sectors are important, too, but they often see things from their own silos.

Combined, the big banks have a view of the entire economy and all the industries, as well as what consumers and investors have been doing. The last two quarters featured positive comments on bank earnings calls that helped soothe investors as they digested the CEOs’ views on the state of the U.S. and global economies.

As JPM CEO Jamie Dimon said in October when the company last reported, lower rates pushed down in part by the Fed’s rate-cutting moves helped propel volume in the bank’s mortgage, auto loan, and credit card business. One thing to potentially look for as banks step to the plate for their Q4 at-bats is whether executives saw this trend of lower rates raising demand for banks’ products and services continuing last quarter.

Another topic that might come up on Financial sector earnings calls is where executives see the U.S. economy headed this year. The Conference Board reported last week that U.S. economic decline is the biggest fear among chief executives surveyed. A slowdown in U.S. gross domestic product growth (GDP) last year might be feeding these concerns.

Do U.S. bank executives see any chance of a recession? Is U.S. growth going to continue to wallow in the 2% range, as many analysts forecast? Can high-volume housing and credit card operations continue to boost banks’ bottom lines even as low interest rates might threaten to compress profit? Bank executives are likely to talk about this in the weeks ahead, and the market is likely to follow their comments closely.

Beyond that, it can be helpful to get bank executives’ views on recent macroeconomic developments. For instance, do they see easing trade tensions with China possibly leading to U.S. companies beginning to make more investments into their infrastructure or expanding operations? How’s the consumer and corporate credit situation? Is Brexit going to be a tough slog this year for Europe?

And what about the election here and its possible impact on the U.S. economy? All of these issues might come up on the big bank calls, so it’s probably a good idea to pay close attention and even listen in if you can.

Going into the quarter, Wall Street analysts seem neutral to positive about the Financial sector’s stock market prospects for 2020. Forty-three percent of analysts covering the industry rate the sector a buy while 49% have hold ratings, FactSet recently said.

The most recent prediction from FactSet is for Financial earnings growth of 7.4% in Q4, compared with overall S&P 500 earnings falling 1.6%.

If you look around, the same conditions that helped banks late last year are still in place. As FactSet recently noted, “The consumer remains confident and consumer spending continues to buoy economic growth.” Consumers also seem to be in good shape to pay back debt and to keep spending, which also helps banks. Credit quality is very good right now, all else being equal, Briefing.com said.

Revenue for the Financial sector is expected to be 0.7% in Q4, FactSet said.

The fact that profits are projected to grow faster than revenue for the Financial sector could be another sign of what a good job the banks are doing managing their expenses, Briefing.com noted.