Last quarter, Financial sector earnings ended up better than most analysts expected thanks in part to strength among consumers. Was that the case in Q3? We could find out next week when big banks begin reporting. 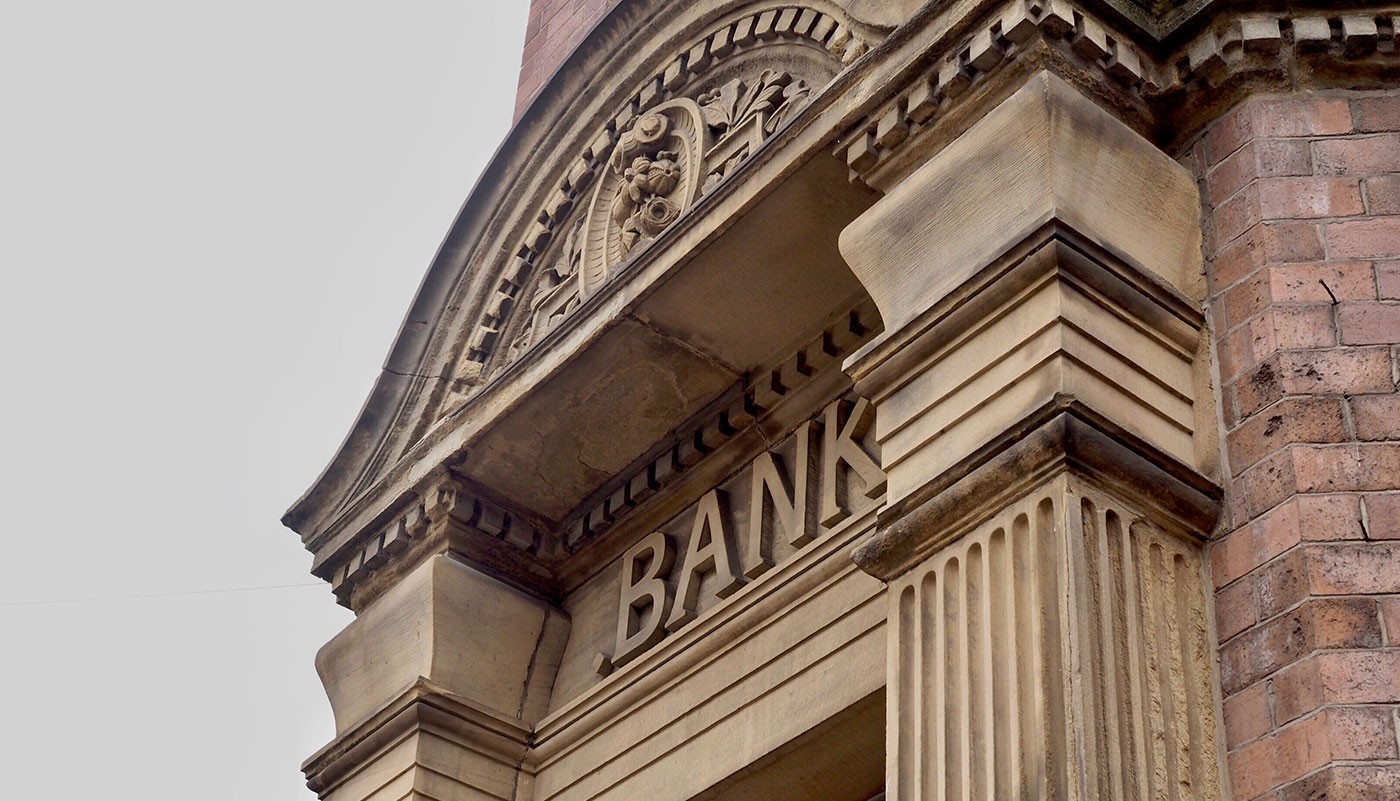 The question heading into Q3 is whether banking executives still see the same kind of strength, and if they think it can continue amid trade wars, Brexit, and signs of weakness in the U.S. economy.

Over the last three months, as the broader stock market rallied to an all-time high, slammed the brakes, and then re-tested earlier peaks, consumer health arguably did much of the heavy lifting. It felt like every time stocks pulled back, they got a second wind from retail sales, housing or some other data or earnings news that showed consumers still out there buying.

The banks played a huge role in setting the stage by reporting better-than-expected Q2 results that showed signs of strong consumer demand even as some of the banks’ trading divisions took a hit. Next week, six of the biggest banks come back to talk about their Q3 experience and what they expect for Q4. Analysts expect Financial sector earnings to drop slightly in Q3.

That said, most of the major banking names have done an excellent job keeping costs in check as they wrestle with fundamental industry headwinds like falling interest rates and slowing revenue from their trading divisions. This time out, it wouldn’t be surprising to see more of the same, and you can’t rule out a bit more vigor from the trading business thanks to all the volatility we saw in the markets last quarter.

Earnings growth may not be there for Financials this time around, or it could be negligible. At the end of the day, though, Financial companies are still likely to be remarkably profitable considering a yield curve that remains relatively flat and global macroeconomic concerns, according to Briefing.com. This sector knows how to make money,  but it might just not make as much as it did a year ago. Earnings will likely show large banking companies still in good financial condition with the U.S. consumer generally in decent shape for now, as the U.S. economy arguably remains the best-kept house on a tough block.

Investors have started to pick up on all this, judging from the S&P 500 Financial sector’s good health over the last month and year to date. The sector is up 3.4% from a month ago to easily lead all sectors over that time period, and up 15% since the start of 2019. The 15% gain is below the SPX’s 17% year-to-date pace, but it’s an improvement after a few years when Financials generally didn’t participate as much in major market rallies.

FIGURE 1: ON PACE. After some challenging and confusing years for those investing in the Financial sector, this year has been a relief. The Financials (IXM-candlestick) are only trailing the S&P 500 Index (SPX-purple line) slightly since the start of 2019, and have led all sectors in performance over the last month. Data Source: S&P Dow Jones Indices. Chart source: The thinkorswim® platform from TD Ameritrade. For illustrative purposes only. Past performance does not guarantee future results.

What to Listen For

No one necessarily planned it, but it’s helpful in a way that banks report early in the earnings season. Few other industries have larger megaphones or the ability to set the tone like the biggest financial institutions can. The other sectors are important, too, but they often see things from their own silos. Combined, the big banks have a view of the entire economy and all the industries, as well as what consumers and investors are doing. Their positive remarks last quarter didn’t really give Financial stocks an immediate lift, but it did apparently help reassure investors who were nervous about everything from trade wars to Brexit.

Going into Q3 earnings, those same issues dog the market, and bank executives have a front-row seat. How do they see trade negotiations playing out? Can consumers hold up if trade negotiations start to go south? How’s the consumer and corporate credit situation? Will weakness in Europe spread its tentacles more into the U.S.? And is there anything bank CEOs think the Fed or Congress can do to fend off all these challenges?

On another subject closer to the banks’ own business outlook, what about the shaky initial public offering (IPO) situation? That’s getting a closer look as a few recent IPOs haven’t performed as well as some market participants had expected. One question is whether other potential IPOs might get cold feet, potentially hurting businesses for some of the major investment banks.

All the big bank calls are important, but JP Morgan Chase (JPM) on Tuesday morning might stand out. Last time, CEO Jamie Dimon said he saw positive momentum with the U.S. consumer, and his words helped ease concerns about the economic outlook. More words like that this time out might be well timed when you consider how nervous many investors seem to be right now. On the other hand, if Dimon doesn’t sound as positive, that’s worth considering, too.

While few analysts see a recession in the works—at least in the short term—bank executives might be asked if they’re starting to see any slowdown in lending, which might be a possible sign of the economy putting on the brakes. Softer manufacturing sector data over the last few months and falling capital investment by businesses could provide subject matter on the big bank earnings calls.

While big banks like JPM operate around the world and might be particularly attuned to the effects of trade, regional banks make most of their loans within the U.S., potentially shielding them from overseas turbulence.

Regional banks also might provide a deeper view into what consumers are doing in the housing and credit card markets. With rates still near three-year lows, we’ve seen some data suggest a bump in the housing sector lately, and that’s been backed by solid earnings data out of that industry. If regional banks report more borrowing demand, that would be another sign pointing to potential strength in consumer sentiment. Refinancing apparently got a big lift over the last few months, and now we’ll hear if banks saw any benefit.

One possible source of weakness, especially for some of the regional players, could be in the oil patch. With crude prices and Energy sector earnings both under pressure, there’s been a big drop in the number of rigs drilling for oil in places like Texas over the last few months, according to energy industry data. That could potentially weigh on borrowing demand. Also, the manufacturing sector is looking sluggish, if recent data paint an accurate picture, maybe hurting results from regional banks in the Midwest. It might be interesting to hear if bank executives are worried more about the U.S. manufacturing situation.

Another challenge for the entire sector is the rate picture. The Fed lowered rates twice since banks last reported, and the futures market is penciling in another rate cut as pretty likely for later this month. Lower rates generally squeeze banks’ margins. If rates drop, banks simply can’t make as much money.

The 10-year Treasury yield has fallen from last autumn’s high above 3.2% to recent levels just above 1.5% amid fears of economic sluggishness and widespread predictions of central bank rate cuts. The long trade standoff between China and the U.S. has also contributed to lower yields as many investors pile into defensive investments like U.S. Treasuries, cautious about the growth outlook.

Another thing on many investors’ minds is the current structure of the yield curve. The 10-year and two-year yields inverted for a stretch in Q3, typically an indication that investors believe that growth will be weak. That curve isn’t inverted now, but it remains historically narrow. Still, some analysts say the current low five-year and two-year yields might mean healthy corporate credit, maybe a good sign for banks.

Analysts making their Q3 projections for the Financial sector expect a slowdown in earnings growth from Q2. Forecasting firm FactSet pegs Financial sector earnings to fall 1.8%, which is worse than its previous estimate in late September for a 0.9% drop. By comparison, Financial earnings grew 5.2% in Q2, way better than FactSet’s June 30 estimate for 0.6% growth.

Revenue for the Financial sector is expected to fall 1.6% in Q3, down from 2.6% growth in Q2, FactSet said.

While estimates are for falling earnings and revenue, the Financial sector did surprise last quarter with results that exceeded the average analyst estimate. You can’t rule out a repeat, but last time consumer strength might have taken some analysts by surprise. Now, consumer strength in Q3 seems like a given, with the mystery being whether it can last into Q4.