> It could be a tough Q2 earnings season for the Financial sector, where many analysts expect big banks to see slowing earnings growth due in part to economic weakness and falling rates. 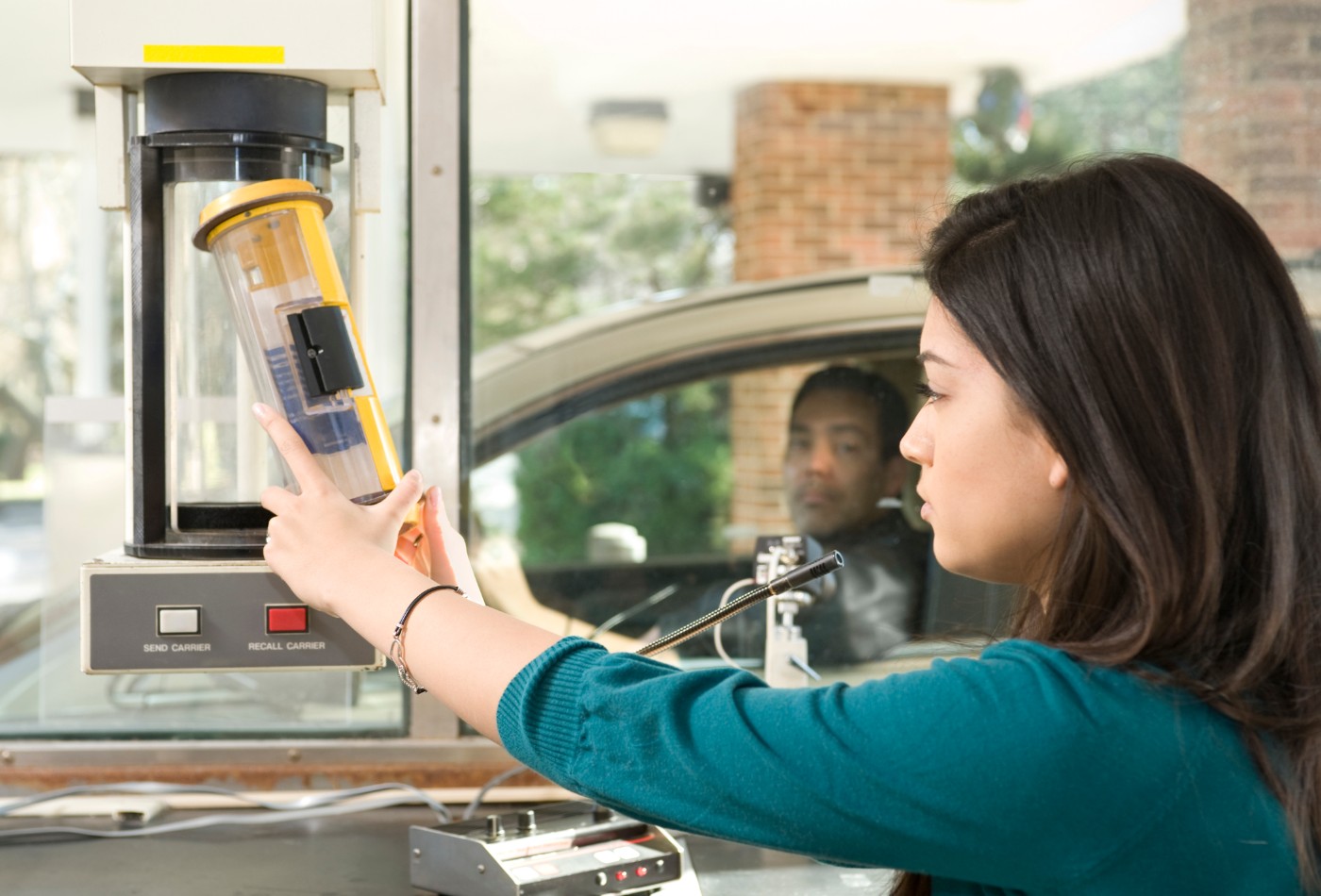 It doesn’t happen a lot, but sometimes an industry telegraphs a rough earnings season ahead.

Arguably, we’re seeing that lately with the Financial sector, which continues to see fundamentals work against it in many ways heading into Q2 reporting time. Banks face a slowing economy in the U.S. and overseas, an inverted yield curve (more about that later), and a Fed widely expected to take an axe to borrowing costs. If you run a big bank, it probably seems like the whole world is ganging up on you.

That could help explain some of the language from bank executives at a conference in mid-June. In particular, Morgan Stanley’s (MS) CFO told attendees that he’d be “surprised” if the company beat its Q1 numbers, Bloomberg reported. He added that the previous two weeks had been “very hard.”Both MS and Citigroup (C)—whose executives also attended the conference—said that trading has slowed down, according to Bloomberg. For investment banks that bring in revenue from customers who trade stocks and bonds, a slow trading environment just adds to the fundamental pressures. What we might be seeing here is companies that know most of Wall Street expects them to have a bad quarter simply getting out the news ahead of time. It’s no secret that falling interest rates have been tough on the Financial sector, so maybe there’s a little gamesmanship going on. Banks could be saying, “We know you don’t expect much from us this quarter anyway, so let’s put everything on the table.” Does this look like it’s going to be a great quarter for Financials? Probably not. Still, despite all that’s weighing against them, it’s pretty impressive how many bank CEOs are managing these tough times with expense cuts and new revenue sources. The interest rate situation could be a big blow to smaller regional banks, though. That’s something we’ll probably get a better picture of once earnings start.

When earnings season does begin in a big way the week of July 15, investors are likely to listen closely to big bank executives for their views of the latest economic developments and where they think things are headed both for the industry and the world outlook as a whole. Their words might get an even closer watch this time around, especially with rates tumbling and divisive issues like Brexit and China trade still in the headlines.

If investors needed any more proof that bank executives are concerned about the possible ramifications of trade wars, look no further than headlines from mid-June when JP Morgan Chase (JPM) CEO Jamie Dimon had a meeting with President Trump to discuss trade issues including China and the proposed new deal between the U.S., Canada, and Mexico. It’s not every day that you see a CEO having the direct ear of the president of the United States.

While big banks like JPM operate around the world and might be particularly attuned to the effects of trade, regional banks make most of their loans within the U.S., potentially shielding them from overseas turbulence. They might also benefit from a steep drop in mortgage rates that could propel the housing market. However, if trade issues really start to hurt the economy, regional banks could suffer along with the rest of the Financial sector.

Speaking of the economy, the Fed recently issued new projections for U.S. growth and inflation the rest of 2019. It cut its forecast for Personal Consumption Expenditure (PCE) inflation this year to 1.5% from 1.8%. Its 2019 gross domestic product growth (GDP) estimate was unchanged at 2.1%. That’s down from 2.9% in 2018.

The Fed concluded its June meeting with hints that it’s ready to cut rates if necessary to keep economic growth humming along. Other central banks around the world seem to be coordinating for possible rate easing. Lower rates generally squeeze banks’ margins. When rates rise, it often encourages consumers and businesses to deposit money in their bank accounts to collect the interest. The banks then take those funds, lend them out at higher interest rates, and potentially can ring up profits. If rates drop, banks simply can’t make as much money.
On the other hand, lower interest rates typically mean lower borrowing costs for consumers. That’s something we’ve already seen with mortgage rates, which are now around 3.85% for a 30-year mortgage vs. last November’s high of 4.94%.

The 10-year Treasury yield has fallen from last autumn’s high above 3.2% to the recent low below 2% amid fears of economic sluggishness and widespread predictions of central bank rate cuts. The long trade standoff between China and the U.S. has also contributed to lower yields as many investors pile into defensive investments like U.S. Treasuries as they remain cautious about the growth picture.
Another thing on many investors’ minds is the current structure of the yield curve. There’s been a pretty strong “inversion” recently, with three-month Treasuries yielding higher than 10-year Treasuries. This is typically an indication that investors believe that growth will be weak.

Flattening yield curves have historically foreshadowed a recession ahead, according to researchers at the San Francisco Federal Reserve, who note that an inversion has preceded the last seven downturns.
While few analysts see a recession in the works, bank executives might be asked if they’re starting to see any slowdown in lending, which might be a possible sign of the economy putting on the brakes. Softer manufacturing sector data over the last few months and falling capital investment by businesses could provide subject matter on the big bank earnings calls.

FIGURE 1: FINISH WITH A FLOURISH: The Financial sector (candlestick), had its ups and downs in Q2, but finished on a roll with big gains during the last two sessions of June. The sector is up about 15% year-to-date, which slightly trails the S&P 500 Index (purple line). Data Source: S&P Dow Jones Indices. Chart source: The thinkorswim® platform from TD Ameritrade. For illustrative purposes only. Past performance does not guarantee future results.

Like a lot of sectors, Financials have had their ups and downs over the last three months. As of late June, the S&P Financial Select Sector Index (IXM) was up 7% overall since late March but remained down nearly 3% from its early-May high. That peak came at a time when many investors expected a quick conclusion to trade talks with China. The sector lost a lot of ground in mid-May when it became clear there wasn’t going to be a signing ceremony anytime soon but rose pretty impressively the last few weeks.

The IXM is actually outpacing the S&P 500 Index (SPX) over the last three months, with the SPX up about 5% in that time frame as of late June.

Analysts making their Q2 projections for the Financial sector expect a slowdown in earnings growth from Q1. For instance, S&P Global Market Intelligence sees Financial sector earnings per share rising 4.5% in Q2, down from 6.1% in Q1. The sector’s EPS growth was 29% for all of 2018, but the firm sees just 8.4% EPS growth in 2019.

Forecasting firm FactSet pegs Financial sector earnings growth at 0.9% in Q2, down from its 2.2% prediction back at the end of March.

Possibly more troubling for banks is the Fed’s slightly cautious predictions about the economy. In his press conference following the June Federal Open Market Committee (FOMC) meeting, Fed Chair Jerome Powell said the outlook remains favorable, but that uncertainties have increased since the early May meeting.

These uncertainties include the turbulent tariff situation between China and the U.S., slowing business investment, weaker overseas economies, and weakness in inflation, Powell said. He talked about how these various “cross currents” have re-emerged more strongly in the last few weeks and need to be watched carefully, but also noted that the Fed can’t risk acting on any one data point and will have to see if the uncertainties continue to weigh on the outlook.

Citigroup (C) says it will report before the market opens on Monday, July 15.

JPMorgan Chase & Co. (JPM) says it will report before the market opens on Tuesday, July 16.

Wells Fargo (WFC) will report before the market opens on Tuesday, July 16, with Goldman Sachs (GS) expected to report the same morning.

Bank of America (BAC) will report ahead of the market open on Wednesday, July 17, and Morgan Stanley (MS) is expected to report that morning as well.