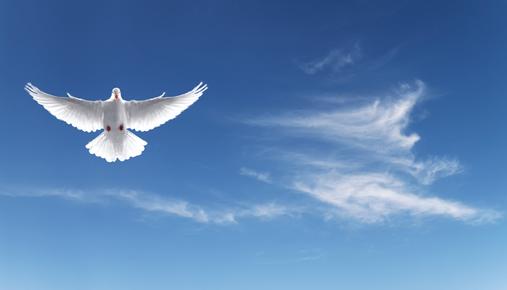 Is the Federal Reserve moving toward a more dovish stance in monetary policy? After much cautionary discourse about the need to raise rates to keep the economy on an even keel and to create a cushion if it lost its balance, Fed Chair Janet Yellen indicated to Congress earlier this month that the federal funds rate is nearing a “neutral” level.

Investors can see a clearer picture on whether the Fed is more dovish than hawkish this week, as the Federal Open Market Committee (FOMC) announces its decision on the fed funds rate, which now sit at 1% to 1.25%.

"Because the neutral rate is currently quite low by historical standards, the federal funds rate would not have to rise all that much further to get to a neutral policy stance,” Yellen said in her prepared statements to Congress July 12. She left the door open, however, noting that there may be more “gradual rate hikes” over the next few years.

Does that mean Yellen and crew are backing off more aggressive remarks made earlier this year about raising rates, even amid weak inflationary data? Is it possible she and her FOMC colleagues are stepping back from a hawkish stance in the face of what she now calls a neutral rate level?

Think of a neutral rate as a kind of Goldilocks zone—in which the benchmark rate is neither too hot nor too cold to make much difference in the direction of the economy. In other words, interest rates are “just right.” Determining the neutral region can be an inexact science, considering that monetary policy is generally backward looking. Even the Fed can’t predict the future.

Many on Wall Street were already discounting the possibility of a rate hike this month but had held on to one by December, according to the closely monitored CME Group FedWatch tool, a barometer of fed fund futures contracts. After Yellen’s recent remarks to Congress, the markets seemed to lose their conviction that there might be a step up by the end of the year. The FedWatch tool shows barely a 47% probability that interest rates will go higher by December.

“Janet Yellen doesn’t 'usually' operate off script,” says JJ Kinahan, chief market strategist at TD Ameritrade. “We’ll get a better picture of what the Fed is thinking when we see the statement and whether any of the wording has been changed.”

Indeed, the carefully crafted Fed statements typically offer clues into the group-think of the FOMC. Fed watchers meticulously comb the statement for the slightest shift in wording, which usually indicates the direction—often times with opposition of some sort—that the Fed is likely to take in the near future.

On Hawks and Doves

A dovish direction is one in which the Fed treads lightly in its moves to tighten monetary policy. It does so, historically, because it’s “trying not to scare the children,” Kinahan says, referring to the markets and the financial systems. “The question is, when do they start to ease back into a more hawkish tone.”

Remember that the Fed has a two-pronged mandate: full employment and monetary stability. And monetary stability includes keeping inflation within an acceptable range. Core inflation, minus the often-volatile food and energy prices, stood at 1.7% in June, a two-year low. These two mandates don’t always work in tandem; and can sometimes be a difficult balancing act for the Fed.

Hawks are those who want a more aggressive policy of lifting rates as a means of keeping inflation in check. Hawks typically fear that low interest rates might create price bubbles that could possibly pop and lead to a recession. Hawks also tend to favor savings over spending, because they’re generally more concerned with recessionary pressure than they are with short-term economic growth.

Doves believe low interest rates help stimulate spending and job growth, as low rates tend to encourage consumers to take out loans and buy more stuff. (Some economists have argued that this thinking might be questionable now given that the U.S. economy has been stumbling along even in this long low-interest rate environment.)

Fed members also can change their feathers and switch from hawk to dove, or vice versa, if economic circumstances change.

One way to determine which members are doves and hawks is to look at their voting records. But keep in mind that sometimes they concede their hawkish or dovish stances to present a unified consensus to the public when voting. Their speeches also tend to be very telling of their attitudes, though, again, they can change with the times.

This week’s statement—and voting results—might give investors a better idea of which direction the Fed appears to be heading in the near future. But remember, that, too, can change.