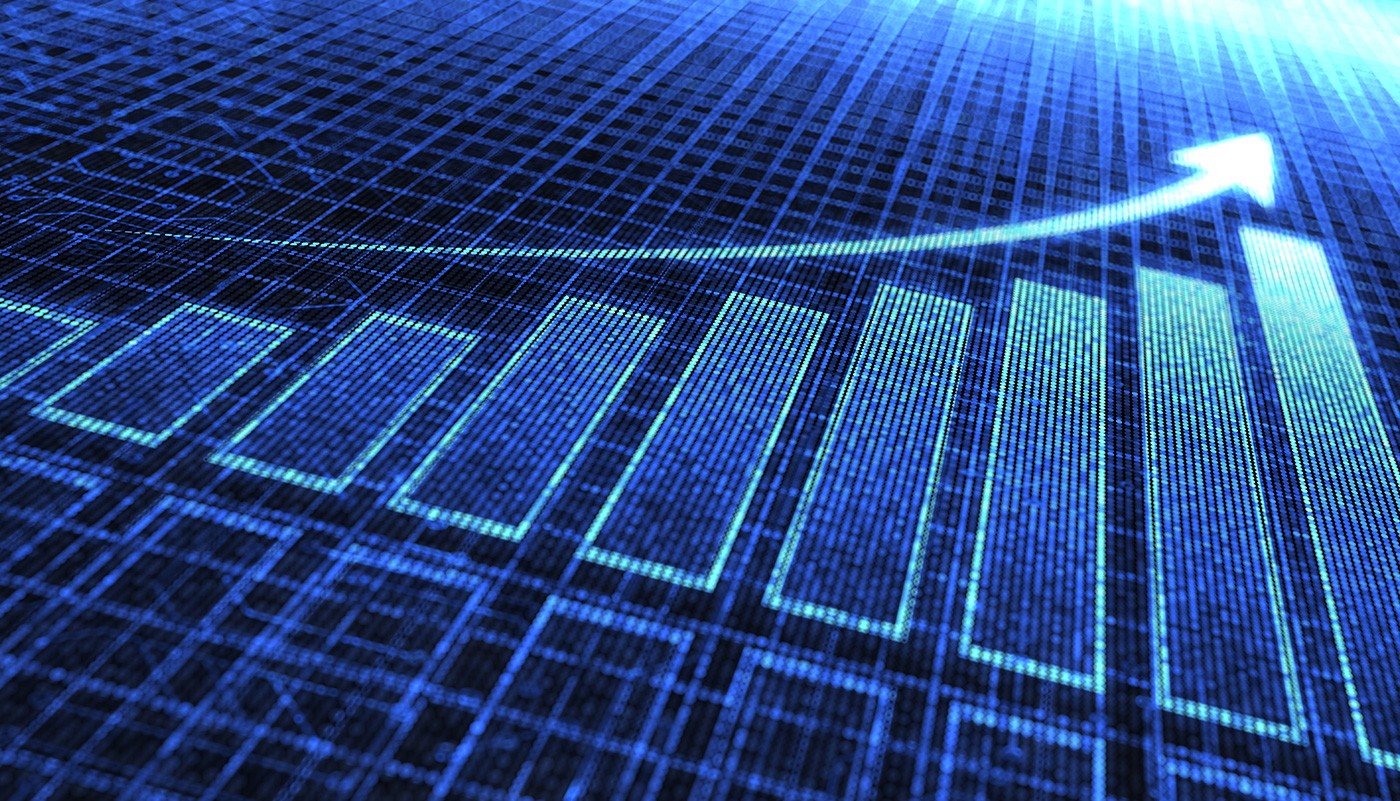 U.S. stocks continued to steadily climb in February as Washington resolved its shutdown crisis and optimism over U.S.-China trade relations grew. Investors also seemed to draw cheer from the latest earnings season as it drew to a close, bringing a mix of strong results as well as a few signs of caution.

With increased tariffs off the table for now and U.S. stock valuations moving back toward historic averages, the markets reacted swiftly to February’s stream of positive geopolitical news. A placid Fed that reiterated its decision to keep rate hikes on pause might also have contributed to the rally that began at the start of the year.

The S&P 500 (SPX) and the Dow ($DJI) were both up 12% year-to-date as of late February, and the Nasdaq (COMP) was up more than 15%, thanks in large part to February’s steady gains. Stocks in Europe and Asia, which had been under pressure last year even before the U.S. market tanked in the fall, have been on the rise in 2019. U.S. small-cap and transport indices also gained ground, sometimes considered a sign of gathering economic strength.

Meanwhile, crude oil prices continued to climb for most of this past month, though they have eased in recent days. And for most of the month, 10-year U.S. Treasury yields held in a narrow range of between about 2.63% and 2.72%, not far from where they were at the start of the year and potentially a sign of investor caution.

One possible question is what might happen to stocks once the good news runs out. Can the markets continue their momentum and resist negative news? Or will investors reverse course and show hair-trigger reactions to any potential bad news in March? The U.S./China trade deadline might have lifted for now, but other geopolitical challenges exist, including the March 29 Brexit deadline, proposed U.S. tariffs on European auto imports, and a trade deal with Canada and Mexico that requires congressional approval.

Stocks might have recovered a lot of their Q4 losses, but they remain down from last summer’s all-time highs. There still seems to be plenty of investor uncertainty despite the recent decline in volatility, and that uncertainty might be showing up in heightened gold, U.S. dollar, and U.S. Treasury note prices.

While the U.S. and China hadn’t resolved their trade issues by late February, investors apparently liked the tone of what was being reported on the ongoing talks, at least judging by nine-week rallies in the COMP and $DJI. It didn’t seem too surprising that when President Trump tweeted that the March 1 deadline for a resolution was off the table and that negotiations had made “substantial progress,” stocks rallied in relief. If not for the extension, tariffs would have risen to 25% from 10% without a deal by that deadline.

The Shanghai Composite rose 5.6% in one day on news of the tariff delay, marking its best day in three years, and U.S. stocks stayed in the green as well. As the two countries continue trying to hash out a deal, consider that the market may already be pricing in a resolution. In other words, while optimism has lifted stocks in recent months, some analysts believe the party could end in March once the situation is in investors’ rear view mirrors or if more dour news takes a front seat.

Companies associated with China tariffs, like blue chips Boeing (BA) and Deere & Co. (DE), as well as microchip producers like Nvidia (NVDA) and Intel (INTC), were some that might have their stocks most closely tied to the outcome of trade negotiations.

As the latest earnings season wound down, investors seemed to have absorbed the generally positive results that helped keep stocks climbing, although they apparently found a few signs of caution among the numbers. Among the major earnings in February, Google parent Alphabet (GOOG, GOOGL) wrapped up a fairly solid quarter for the FAANG giants. Alphabet reported better than expected revenue and earnings, but its shares slid 2% the day it reported, perhaps on concerns about the company’s rising costs and lower than expected operating earnings.

Amid what seems to be a softening retail scene lately, Walmart (WMT) shares rallied on Q4 results that beat third-party consensus estimates as it raised its dividend. The discount retailer is a major player in the traditional brick-and-mortar space, but it’s also been aggressive in the online market. Walmart’s net income was $3.69 billion for Q4, up from $2.18 billion a year prior, and revenue was $138.8 billion, up from $136.3 billion with online sales increasing 43% year over year.

In a couple other bright spots in retail, toy-maker Mattel (MAT) also boasted a solid earnings beat after swinging from a net loss the same quarter last year. And Macy’s (M), which had a sluggish holiday season that alarmed investors, rallied on its quarterly report after its earnings and sales beat estimates and as it announced cost-cutting measures. Still M is on track to end February in the red.

And Cisco (CSCO) rose nearly 4% after it said its Q2 revenue was up 5% from a year prior, topping third-party consensus estimates. Earnings of $0.73 per share topped the Street view by a cent as it increased its repurchase program to $24 billion and raised its dividend by 6%.

In other key earnings in February, DE reported Q1 results that missed the Street view, saying it took a hit from trade policies as well as rising costs of raw materials. DE slid 4%, even as it said it expects equipment sales to increase 7% in fiscal 2019 over fiscal 2018. Year to date, DE is still up about 6.6%. Home improvement retailer Home Depot (HD) also missed the mark, with same-store sales increasing 3.7%, below the Street view of 4.3%.

Kraft-Heinz Co. (KHC) was among the companies with earnings that hit shares hard. The packaged food company’s stock tanked 27% on the heels of its results, which included a massive write down of some of its major brands including Oscar Mayer and Kraft. In total, it said it’s lost about $13 billion on the value of those assets as it grapples with about $31 billion in long-term debt.

February brought mixed economic data. Early on, the market rose after news that about 300,000 new nonfarm jobs were created in January, according to U.S. Labor Department data. That blew past Street expectations for about 160,000 new jobs. Still, it might be prudent to keep in mind that the booming jobs scene may give the Fed a signal on inflation it needs to reverse the dovish stance it’s recently taken on interest rate hikes.

However, not all economic signs were positive. U.S. retail sales slid 1.2% in December, according to U.S. Census data released in February after a delay from the partial government shutdown. Many economists were expecting an increase of 0.2%, according to Briefing.com.

Housing has remained a soft spot, and inflation hasn’t been able to steadily reach the Fed’s 2% goal. All of this, along with more signs of economic weakness in Europe from data released during February, could be behind the Fed’s continued dovish stance. Though the Fed hadn’t seen all the recent data at the time of its January meeting, minutes released from that gathering reinforced the Fed’s concerns about economic growth. Weakness in Home Depot (HD) earnings, announced in late February, might play into some investors’ concerns about the housing market.

The Fed’s favorite new word seems to be “patient,” and it was seen again in the January Fed minutes. In fact, it appeared 14 times in the minutes, according to a count by The Wall Street Journal. Almost all Fed meeting participants argued in favor of a near-term conclusion of the balance sheet unwinding that’s gone on for the past year. It looks like the balance sheet reduction could halt by the end of the year, according to the minutes.

Keeping rates where they are and slowing the balance sheet unwinding are both factors that could improve liquidity. Remember that markets tend to like liquidity.

A $66B Acquisition in the Bank Market

In other major news in February, a $66 billion merger between BB&T (BBT) and Suntrust (STI), the largest deal among banks since the financial crisis, could suggest that an acquisitions market may be heating up as regional banks struggle for more market share. The resulting company would be the sixth largest U.S. bank by assets if the merger is approved.

Typically, the VIX, a well-known “fear gauge” can give investors a sense of volatility, with a lower number indicating a calmer market. In February, the VIX fell below 15 for the first time since November as stocks seemed to connect more to good news. While that reading is fairly average from a historical standpoint, that’s a sharp contrast from December’s VIX reading, which was well above 36 during a rapid sell-off near the holidays.

A lower VIX generally bodes well for stocks, but when VIX rises, investors sometimes turn toward cash, bonds and gold. With a higher VIX, defensive sectors like utilities and health care also sometimes tend to benefit.

Crude oil prices joined stocks in their run for most of February as OPEC announced production cuts. U.S. West Texas Intermediate crude prices were recently near three-month highs at around $55 per barrel for April delivery. Brent crude for April delivery was near $65 per barrel as of Feb. 25.

Still, oil prices took a couple hits, including from U.S. supply increases as domestic production hit a record high of 12 million barrels per day. And, most recently, from President Trump warning OPEC in a tweet that “oil prices [are] getting too high.” Some analysts have expressed concern that with higher oil prices, consumers inevitably face higher prices at the pump. In the past week, the average price of gasoline climbed about 10 cents per gallon.

What’s left to be seen is if OPEC will actually respond to Trump’s call, or whether the organization will carry on with production cuts.

What to Consider Watching in March

Looking into next month, investors have several events to keep their eyes on. For one, the Fed has a meeting planned for March 19-20. Although the Street expects little in terms of any further rate increases this time, new economic data can always change that outlook for the rest of the year.

Data such as Personal Consumer Expenditure (PCE) prices as well as consumer and producer price index figures can possibly shed some light on inflation, which the Fed factors into its rate-hiking decisions.

Finally, we also might get a better sense of how the U.S. consumer is faring with next month’s new numbers on payrolls, employment, new and existing home sales and consumer spending.