Six Things to Watch for in February: Fed, Earnings and Stimulus Compete for Attention

February begins with investors focused on the Fed’s latest observations, progress on vaccinations, and the fight in Congress over a new stimulus. 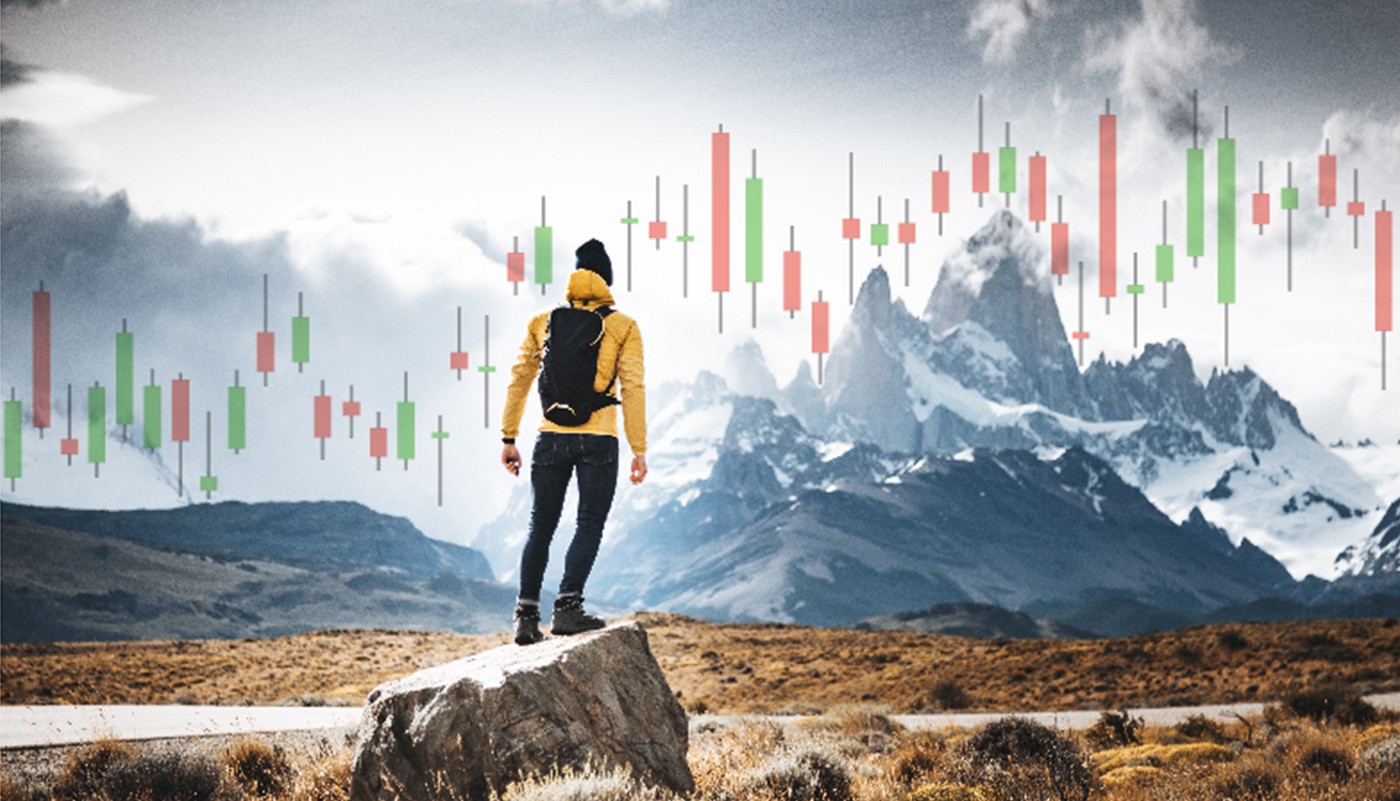 The groundhog is about to tell us how much longer winter might last. At the same time, events in February could give investors an idea how much longer COVID-19 might keep the economy’s emergency brake pressed to the floor.

Will earnings and data begin to show more signs of recovery from the deep economic dive? Will vaccinations get a boost from fresh thinking and strategy out of Washington, D.C. now that a “new sheriff” is in town? And will the Fed keep its commitment to extreme monetary stimulus or show signs of “easing the ease,” so to speak?

All those questions and more—including the final roundup of Q4 earnings season—are in the market’s sights as February dawns, with potential deep implications for Wall Street. Here are six things to watch.

It’s not on the calendar yet, but February traditionally is the month that features the Fed chairman testifying to Congress and taking questions on the economy and monetary policy. They once called this “Humphrey Hawkins” testimony and it’s usually around mid-month.

That’s when investors might hear if Fed Chairman Jerome Powell has any intention of hinting at when some of the Fed’s aggressive bond buying might ease. So far, there’s been no sign of that happening, and many analysts think it’s a 2022 event. Still, the economy has bounced back a bit more firmly than many analysts and even the Fed had expected, so inflation fears recently started trickling into some investors’ lists of worries.

During January, the major indices all posted new record highs amid optimism over the inauguration of President Biden, vaccine expectations, and a decent start to Q4 earnings season. And though the market stumbled a bit to end the month, the real test might come in February, in part because the last three years have all seen seasonal declines in the second month of the year.

That doesn’t necessarily guarantee another decline this February, but with volatility moving higher in Cboe Volatility Index (VIX) futures and the continued vaccine logistics issues, you can’t rule out some sort of setback, either. Before the late-January selloff, deferred-month VIX futures were trading in the upper 20s, even when the index itself was in the low 20s. During the stock selloff, the front end of the futures curve shifted above 30. Keep in mind that the historic average is 20, so investors appear to be pricing in bumpier times ahead (see figure 1).

FIGURE 1: MORE RISK-OFF AHEAD? Earlier in January—when the Cboe Volatility Index (VIX) was trading in the low 20s, deferred-month futures (/VX) were trading a good deal higher (see yellow line). When markets sold off in late January, the front end of the curve rose above 30 (see red line). February could be a month of caution. Data source: Cboe Global Markets. Chart source: The thinkorswim® platform from TD Ameritrade. For illustrative purposes only. Past performance does not guarantee future results.

Valuations are another concern going into the new month. The S&P 500 Index (SPX) had a forward price-to-earnings ratio near 24 in late January, according to research firm CFRA. That compares with the long-term average of around 16. Consumer Discretionary—the home of Tesla (TSLA)—along with Information Technology, were the two sectors with the highest P/Es, and could be more vulnerable to any valuation-based concerns. Financials and Healthcare were at the low end of the P/E scale, but like the children in a certain fictional town, every sector is above average.

3. Treasury Rates and the Yield Curve

One thing that could be a pothole in the road is rising Treasury yields, which can squeeze earnings expectations. The benchmark 10-year yield had a banner year-end celebration, rising from below 0.9% all the way to almost 1.2% in a matter of weeks— a huge move for yield in a very short time. Then it seemed to get cold feet and drift back to around 1.05% by late January.

It’s almost a tug-of-war between the Fed and bullish investors. The Fed keeps buying busloads of bonds every month even as investors started to sell 10-year Treasury notes. The Fed’s goal is to keep shorter-term borrowing rates very low to help the struggling economy, and 10-year Treasuries being sold by investors represent longer-term debt. This tug-of-war has helped extend the so-called “yield curve” to its highest levels since 2017, a very positive development for the Financial sector, which typically sees profits rise when the yield curve steepens.

The question is whether this tug-of-war continues. The Fed seems pretty clear it doesn’t intend to let go of its end of the rope anytime soon. Investors, on the other hand, seem optimistic that more stimulus could lead to lots of new debt that the government needs to finance, potentially increasing the supply of longer-term bonds and lowering prices—which in turn raises yield.

Here are a few data releases and events to watch for in February:

Join us at one of our upcoming webcasts.

One thing investors might want to watch in February is the government’s Treasury auctions. A lot of interest from investors in longer-term Treasuries at these auctions could send a signal that yields might not have much more room to the upside. And vice versa. Where yields go from here could have a lot of implications for large-cap growth stocks, which led the rally since last spring and can be more sensitive to higher borrowing costs.

4. Earnings—Particularly Those of Vaccine Makers

The second month of Q4 earnings season gets underway with a bang in February. Disney (DIS), Pfizer (PFE), and Nvidia (NVDA) are just a few of the behemoths investors can expect to see in the first half of the month. PFE and Moderna (MRNA)—which is expected to report later in February—take on special significance this time around due to their COVID-19 vaccines.

Investors should pay attention to any updates PFE and MRNA executives give on production and how quickly they can ramp up delivery to governments in the U.S. and around the world. Updates on how the vaccines are doing in response to new variations of the virus should also be watched, and don’t forget PFE is working on a powdered version that’s supposed to be easier to transport and store.

As PFE and MRNA prepare to report, their competitor Johnson & Johnson (JNJ), which reported in late January, is expecting to soon submit its Phase 3 vaccine trial data to the U.S. Food and Drug Administration (FDA). There’s no guarantee this submission or approval will come in February, but if it does the market might get a lift from having another product out there to help push back the covid pandemic. JNJ’s product might have advantages over the others in logistics, but analysts say its efficacy might be lower. We’ll have to wait for the data.

The other thing to watch on this front is the Biden administration’s efforts to increase daily vaccinations. They’ve reached a million on a few recent days, but some health experts say three million a day could be needed if we’re going to get back to normal by summer. That’s a tall order.

5. Big Box Earnings the State of the Consumer

Other key earnings as we move through the month include UPS (UPS), which could help investors get a sense of how consumers spent during the holiday season. Then the big retailers bunch their earnings the last two weeks of February when Walmart (WMT), Target (TGT), Home Depot (HD), and others report. TGT already released some positive news earlier in January when it said same-store holiday shopping revenue rose 17% from a year earlier. That went against some earlier data from retail organizations saying holiday sales grew less than expected. While holidays sales by nature mean looking backward, it’s important to get a sense of how consumers felt during the first pandemic holiday season in more than 100 years.

Those same consumers will be under a microscope when January retail sales data get released Feb. 17. One worry is that consumers got over-extended during the holiday season, with many now deeply in debt. This could have dampened spending in January after drops in October, November, and December.

One conundrum is that even with retail spending slumping, the manufacturing sector has continued steaming ahead, at least based on construction and manufacturing data released in January.

Does this mean the manufacturing sector got ahead of itself at a time when job growth actually fell in December? It’s a question that we can only answer by continuing to watch data and earnings, especially what executives say in their conference calls. Big manufacturing firms like Deere (DE), General Motors (GM), W.R. Grace (GRA), and Illinois Tool (ITW) all report in February and might be able to shed light on the industrial economy.

Lapping the Field and Wrapping It Up

Did you ever see an auto or track and field race where one competitor “lapped” another? That’s how the market could begin to feel this February and March.

It was just about a year ago when the first confirmed U.S. deaths from COVID-19 occurred. In late February 2020, major U.S. indices crumbled 3% in one day and wiped out all their gains for the year as China’s economy shut down. The U.S. economy went on shutdown by March, and the Fed dialed interest rates down to zero around the time the SPX’s tailspin hit bottom on March 23.

Why does all this history matter going into February? Because we’re going to start seeing economic data that compares to a time when things were quickly going downhill for the economy. Everything from employment to inflation to earnings is likely to start looking very good by comparison over the next few months as the economy “laps” that scary, unprecedented period.

Though the economy remains far from out of the woods, it feels like it’s on far better footing than it was then. That means investors might start seeing comparisons that make things look like the economy is heating up more than it actually is. That’s something to be aware of.

Take inflation, for example. Prices collapsed last February through April, meaning inflation growth for the coming months could look pretty dramatic when compared with year-ago levels. That’s especially relevant heading toward spring when we get to the point where year-ago crude prices made an unprecedented drop into negative territory as demand for energy fell to the lowest level in decades.

Don’t get fooled by looking at where things were a year ago. Instead, consider being more cognizant of sequential growth, whether it’s economic data or earnings. That might tell a more logical story in the months ahead.