The Q3 looks like it might have been a tough one for the Energy sector, with earnings expected to fall double digits year-over-year, according to analysts. 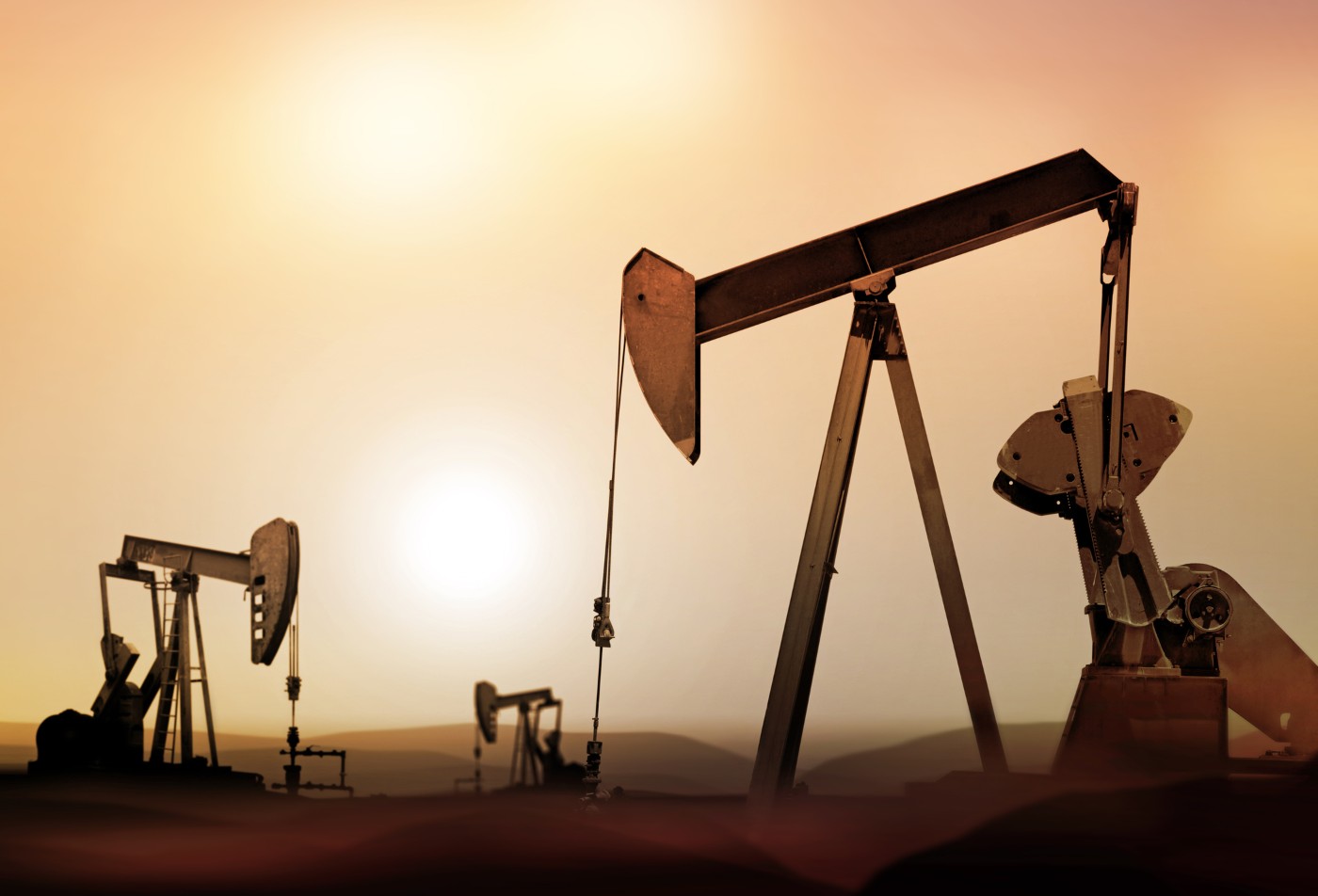 After sputtering all year, energy stocks finally got a boost last month. It wasn’t necessarily how company executives would have envisioned, however, because it took a devastating military strike against Saudi oil facilities to help the struggling sector post some decent gains on Wall Street.

Despite the military action that temporarily disabled 5% of the world’s crude production, Energy companies aren’t exactly charging into earnings season. While the temporary shortage gave some drilling and refining company stocks a shot in the arm in mid-September, the sector is still by far the worst performing S&P 500 sector over the last year, down double-digits. It’s also the second-worst performer year-to-date, only ahead of Health Care.

The Energy story doesn’t seem likely to accelerate much once Q3 earnings season gets underway, with research firm FactSet predicting another quarter of negative earnings and lower revenue growth for the sector (see more below). Energy hasn’t had a positive earnings quarter yet this year, and Q3 crude oil prices averaged about 20% below year-ago levels. That could be a major drag on bottom lines, though it’s worth noting that prices were relatively steady through much of Q3. That little flare-up at the end of the quarter might have helped profitability a little for some companies.

The fundamental picture doesn’t seem to be improving despite the attack on Saudi Arabia. In a “good news is bad news” moment for the major refiners and drillers, Saudi Arabia moved quickly to repair facilities. Crude prices—which soared 15% in one day on Sept. 16 after the weekend military strike—almost immediately pulled back.

U.S. crude futures, retreated quickly to the mid-$50s by early October after briefly topping $60 on Sept. 16. Even after the attacks, a crude futures chart showed traders only building in expectations for slightly higher crude prices eight months from now than they’d built in before the military strike.

Though analysts said a higher risk premium could continue to be built into crude prices as the world deals with aftershocks, Energy sector executives can’t necessarily count on that to keep things profitable over the long run. They’re a victim of their own success, in a way, because the explosive growth of U.S. supplies over the last decade provides a decent shield against the impact of geopolitics.

Many analysts said if the same attack on Saudi Arabia had happened 10 or 12 years ago, crude would have soared quickly above $100 a barrel. That level hasn’t been seen since 2014 thanks in part to U.S. crude production rising to record highs and staying there much of this year and last. U.S. production has jumped from under 5 million barrels a day at times back in 2005 to more than 12 million barrels a day now.

Some of the U.S. energy stocks that got a boost after the attacks included Exxon Mobil (XOM), Chevron (CVX), Marathon (MRO) and Chesapeake Energy (CHK). U.S. oilfield services firms Halliburton (HAL) and Schlumberger (SLB) also rallied. Notably, though, none of the rallies lasted beyond a day or two, with all these stocks going flat or even falling a few days after the attack as the Saudis promised to quickly restore production.

What the companies can’t control is demand, and that’s becoming a problem in places like Europe and Japan, where economies struggle. The European Central Bank (ECB) recently announced lower interest rates and a new monetary stimulus program to try and spark some sort of growth.

The long trade war between the U.S. and China appears to be taking a toll on China’s economy, too, judging from much of the recent economic data coming out of Beijing. U.S. data remains mostly strong, especially on the consumer side, but dents might be showing in the armor when you look at recent manufacturing data, which has been a mixed bag.

Global oil demand will grow by a little more than one million barrels a day this year, according to the International Energy Agency (IEA). That’s only around 1%. Things won’t get any easier for the Energy sector in 2020, if the IEA is right. It predicts supply growth to outweigh demand growth that year as new supplies from Norway and Brazil hit the market.

“While the relentless stock builds we have seen since early 2018 have halted, this is temporary,” the IEA said in a September press release. “Soon, the OPEC+ producers will once again see surging non-OPEC oil production with the implied market balance returning to a significant surplus and placing pressure on prices. The challenge of market management remains a daunting one well into 2020.”

Perhaps seeing the challenges ahead for its members, OPEC decided in September not to cut production from already reduced levels, a bearish development for crude prices. The bombing of Saudi Arabia’s oil facilities came soon after the OPEC meeting, blunting its impact, but with the facilities expected to be operating normally again soon, OPEC and its lack of action could return to focus. Its next major meeting is in December.

Of course, the supply picture could potentially change quickly if tensions in the Middle East get worse, but as an investor, it’s not prudent to try to guess how geopolitical events might turn out. There’s really no point assuming things will get better or worse in Saudi Arabia.

Imagine going into a business where the price of your main product stagnates for years even while additional supply continually gets dumped on the market and demand growth barely moves, and you’ll get a sense of why the Energy sector has issues. Companies that in some cases lose money on every barrel they sell, drill, refine, or transport can’t make up for those losses just by selling more product.

In a sign of possible retreat, U.S. rig counts have generally been falling lately, according to Baker Hughes, a General Electric (GE) company. The oil rig count dropped to 719 in late September from 885 at the end of last year. Fewer rigs represents a potential negative for oil services companies helping to take care of those operations, Briefing.com said.

Consider listening closely to Energy company earnings calls for what executives say about the demand side of the equation. The question we used to hear on these calls was always, “Where are you drilling?” Now, the question is, “Where is the demand.” On top of everything else, more companies are switching from fossil fuels to alternative energy, as Amazon (AMZN) announced recently. This is another potential pressure point on demand for crude and natural gas.

FIGURE 1: OIL SPILL. The Energy sector (IXE – candlestick) has been the worst performing sector this year. Plotted above versus the S&P 500 Index (SPX – purple line). Data source: S&P Dow Jones Indices. Chart source: The thinkorswim® platform from TD Ameritrade. For illustrative purposes only. Past performance does not guarantee future results.

As of mid-September, 89% of the Energy sector companies saw a decline in FactSet’s earnings estimates compared with June 30, FactSet said. These include behemoths like XOM, CVX, and Occidental Petroleum (OXY). You might want to consider taking this with a grain of salt, however, because in Q2, about 72% of the Energy sector companies reported earnings that exceeded FactSet’s expectations.

In Q3, Energy firms in the S&P 500 are expected to report a more than 29% year-over-year drop in sector earnings growth and a 6.8% drop in sector revenue, FactSet said. Those estimates are both well below where FactSet saw things going at the end of Q2, implying that news from the energy patch has gotten worse over the last three months.

So in this environment, what are companies likely to emphasize? Cost cutting. That’s been a theme for some of the big oil companies recently. As Briefing.com noted, “Cost cutting is almost obligatory to preserve bottom line if top line growth isn’t there. If there are a lot of fixed costs, you need to get spending in line to protect profit margins and have some sort of flow through.”

They’re also emphasizing production—meaning more of it. For instance, CVX noted in its last earnings press release that Q2 net oil-equivalent production “was the highest in the company’s history, driven by continued growth in the Permian Basin and at Wheatstone in Australia.”

XOM sounded similar in its Q2 release, saying, “Our upstream liquids production increased by 8 percent from last year, driven by growth in the Permian Basin, and we are preparing to startup the Liza Phase 1 development in Guyana, where the estimated recoverable resource increased to more than 6 billion oil-equivalent barrels.”

So perhaps expect to hear more about production growth in this coming quarter’s calls.