Energy company earnings are still expected to fall in Q2, but far less than they did in a very rough Q1. 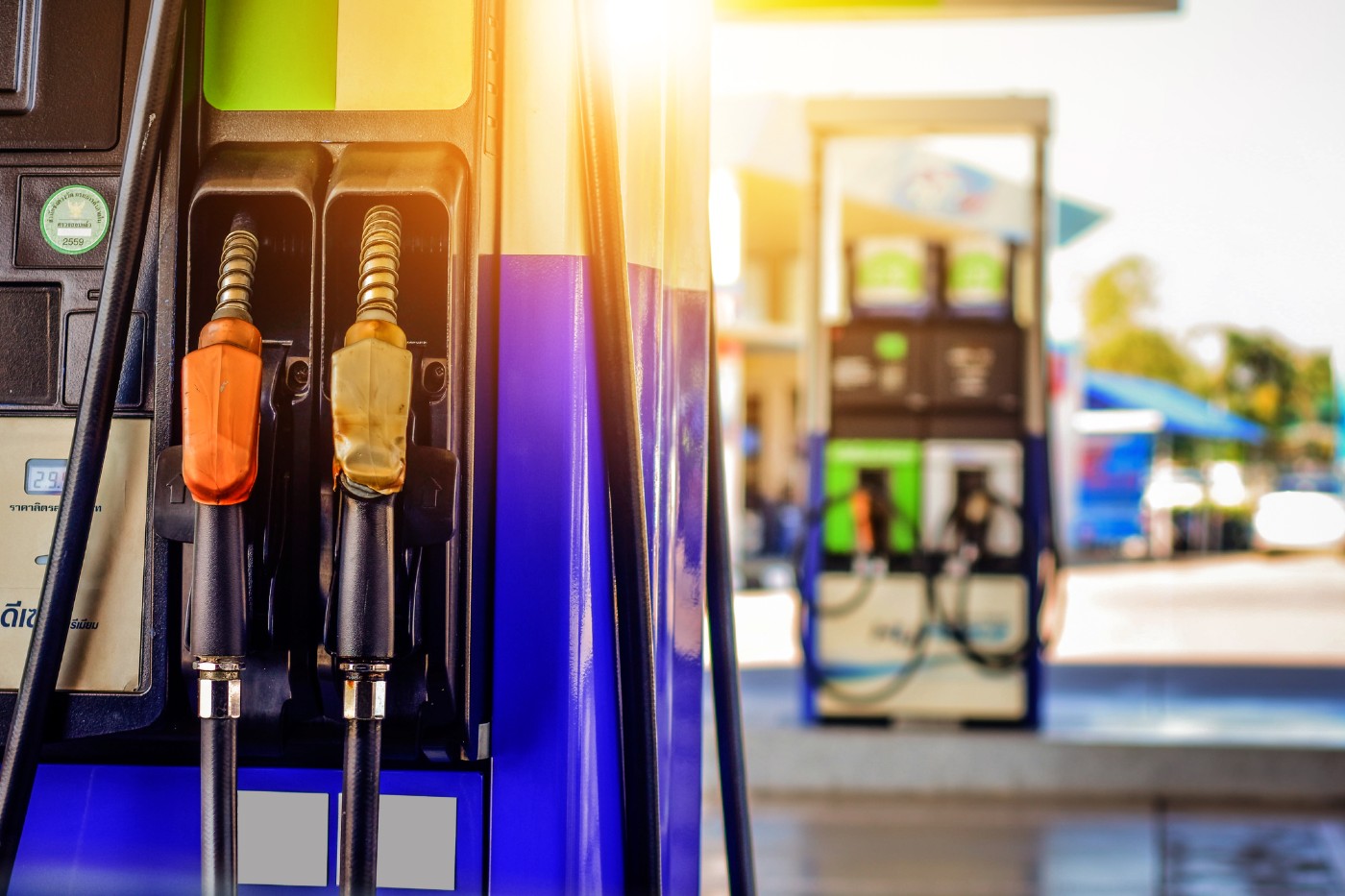 After a rough Q1 earnings season for many major Energy sector companies, it looks like things are slowly turning around as the next reporting period looms. However, the sector continues to sputter amid soft product prices that may reflect slowing global economic growth.

The operative word might be “slowly” when we talk about any turnaround in Energy sector earnings performance. Almost anything would arguably look better than the 27% earnings decline the industry suffered in Q1, according to data from S&P Global Market Intelligence. That was the second worst drop of any S&P 500 sector, only beating Communication Services. Weakness in Energy helped contribute to the first year-over-year quarterly S&P 500 earnings losses since 2016, according to FactSet.

Analysts expect the sector to see earnings per share come in flat to slightly lower in Q2, which we’ll get to below. In a potentially bearish sign as the season approached, investment bank Credit Suisse said early this month that indications point to a much weaker than expected Q2 for ExxonMobil (XOM), the company with the sector’s largest market cap. This came after XOM said in a securities filing that lower natural gas and chemical margins in its second quarter would offset improved crude and refining operations.

XOM was among several major Energy companies whose adjusted earnings per share sagged in Q1. Others included Chevron (CVX), and Valero (VLO).

At the time, crude oil prices that rose faster than gasoline prices at the pump made the going tough for some companies on the so-called “downstream” side of the industry that sells products made from crude. That part of the equation improved slightly in Q2, with U.S. gasoline prices rising from around $2.30 a gallon at the start of 2019 to around $2.80 now, the U.S. Energy Information Administration (EIA) said.

Rising costs have been another issue in the industry, including for facility maintenance. So has the price of crude, which spent much of the first half below $60 a barrel in the U.S., weighing on some “upstream” operations (those devoted to exploring and drilling for crude and sending it through pipelines to refiners). Crude prices averaged 13% below year-ago levels in Q2, according to research firm CFRA, but production volumes rose. That’s not a great recipe for earnings growth.

It’s also been a rough year so far for companies that try to make money selling natural gas, as analysts say wind and solar are becoming more price-competitive vs. natural gas in generating electricity and supplies remain above year-ago levels. Natural gas prices in Europe recently hit 10-year lows, according to media reports.

Want to stay up-to-date on earnings releases? Login to your account at www.tdameritrade.com, select a stock and check the Earnings tab. It will show you the projected date for the company's next earnings report. If you want to see the entire calendar, go to Research & Ideas > Markets >   Calendar. Here you can see earnings, ex-dividend dates, and corporate actions on each day. You can whittle down the list to just the stocks in your portfolio or in any of your watch lists.

Though all this could still weigh, some analysts think things might improve from Q1, when 31% of S&P 500 Energy firms reported earnings below analysts’ consensus estimates, according to forecasting firm FactSet. That was the worst of any sector other than Utilities. In addition, 52% of Energy companies reported revenues below third-party consensus, FactSet said. Revenue for Energy companies dropped 0.3% year-over-year and average profit margin also declined. It wasn’t a pretty picture.

The fundamentals around crude and natural gas haven’t changed in a huge way since Q1, with crude prices still buried below $60 in the U.S. and just above that overseas. Natural gas recently hit its lowest level since the spring of 2016. The slowing global economy appears to be pressuring prices even as OPEC tries to support them by extending production cuts.

Meanwhile, U.S. output continues to be near record highs despite producers paring back active rigs over the last six months. This decline in rig levels from 888 last November to below 800 by late June has helped weigh on shares for some of the oil service sector stocks, analysts said, and could conceivably hurt their Q2 earnings performance, too.

On the brighter side, Energy companies—especially some of the smaller ones in the upstream part of the market—might get a boost in coming quarters because of lighter international exposure. While overseas economies sag, the U.S. economy continues to look resilient, according to many analysts. Energy firms only rely on international markets for 41% of their revenue, with 59% coming from the U.S., FactSet said. That’s relatively high compared to some sectors, but doesn’t leave Energy quite as exposed to the troubles of overseas economies as sectors like Technology and Materials.

However, Energy companies continue to be exposed to soft crude oil prices, at least compared with a year ago. Recently, U.S. crude fell back below $57 a barrel after a rather unenthusiastic attempt at the $60 mark in June. Crude had risen to around $66 in April, but then fell to as low as $51 later in the quarter. Crude prices averaged in the mid-$50’s in June. That was down from $60 in May and $63 in April, and also below prices in the mid-to-high $60’s a year earlier. That puts pressure on energy companies to cut their spending if they don’t want to see earnings hurt by falling margins.

In this environment, it could be hard for so-called “upstream” crude oil companies that make their livings drilling the commodity to post year-over-year earnings gains. Companies farther “down the stream” may do a little better, but perhaps not enough to counter the big guys who drill and explore for crude.

Looking ahead, the story doesn’t necessarily get happier. Analysts expect U.S. crude prices to average just over $57 a barrel by the end of the year, according to a Wall Street Journal survey. That’s basically where they were at the start of July.

FIGURE 1: FROM LEADER TO LAGGARD. After a period in early 2019 where it outperformed the S&P 500 Index (SPX – purple line), the energy sector (IXE – candlestick) took some heat as oil prices fell and as Q1 earnings painted a less-than-rosy picture. A recovery in crude prices in recent days seems to have helped the sector, but it’s still lagging the broader index. Data source: S&P Dow Jones Indices.  Chart source: The thinkorswim® platform from TD Ameritrade. For illustrative purposes only. Past performance does not guarantee future results.

On Q2 earnings calls from some of the major energy companies, investors might want to keep their ears peeled for any observations about industrial demand, in part because many data continue to show softening capital expenditures by companies. A series of weak purchasing managers reports from around the world at the start of July raised more concern about the business environment, and if businesses aren’t seeing demand for their products, they could require less energy to produce and deliver them.

Crude producers might be among companies that see a negative impact if businesses project slower growth and cut back on spending. Back in May, global manufacturing PMI was the weakest since 2012, according to research firm CFRA, and economic data from China keep showing signs of weakness.

Speaking of China, the Energy sector is also heavily affected by trade issues, and CEOs potentially could share their views on where demand might go assuming various possible outcomes of U.S. trade disputes with China and Europe. The trade talk reset between the U.S. and China at the end of June gave some stocks a boost as investors hoped for progress on that front, but there’s still plenty of concern about how the trade situation might ultimately play out.

Unlike some other S&P 500 sectors, where strong projected Q2 revenue looks like it might make up for a little of the weakness in earnings, energy companies aren’t expected to look too impressive on the top line in Q2. FactSet expects revenue to rise just 1.9%  year-over-year for the sector.

In what might be a sign that investors don’t have big hopes for major earnings acceleration in the Energy sector, Energy has been the worst performing sector in the S&P 500 over the last three months, down nearly 6%. No other sector posted negative returns in that period. For the year-to-date, Energy is the second worst performer, with gains just above 10%, only outpacing Health Care.

Exxon Mobil (XOM) says it will report Q2 earnings on Friday, Aug. 2, before the market open.

ConocoPhillips (COP) says it will hold its Q2 earnings call on Tuesday, July 30.