Rally to the Rescue? Not for Energy Sector in Q4, as Earnings Seen Crumbling

Despite a Q4 rally in crude prices, Energy stocks are expected to post sharply lower earnings for the quarter, hurt in part by tough comparisons to higher-priced oil a year earlier. 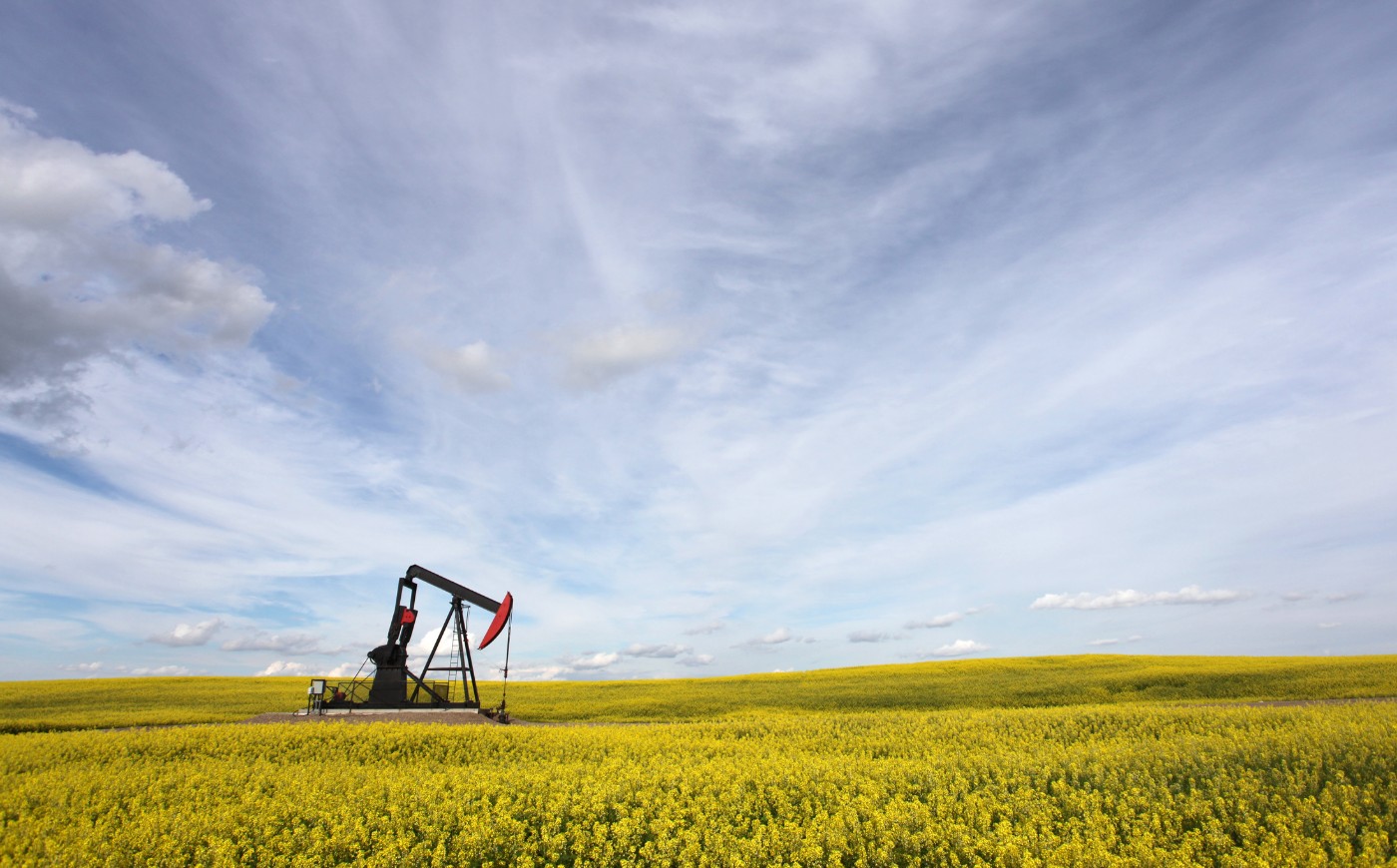 Even before tension spiked in the Middle East on Jan. 2 when the U.S. assassinated an Iranian military official, crude was on the rise.

Now we’re heading into the Energy sector reporting season with oil prices in a state of flux—having touched their highest levels since April of last year and then fallen back below $60—all within the same 24-hour period. This after what looked like an escalation of tensions between the U.S. and Iran—airstrikes against U.S. military facilities—followed by what appears to be cooler heads prevailing.

Regardless of how crude oil prices react in the near term, it’s too late for them to impact the upcoming quarterly earnings reports—and what’s likely to be another set of disappointing numbers.

Energy companies are expected to report the worst year-over-year Q4 earnings results of any S&P 500 sector, according to analysts who watch this volatile area of the market.

Some of the same fundamentals continue to weigh on Energy companies. Crude prices—despite their strong performance in 2019—are among them. Even though U.S. crude values rose 33% in 2019, they spent most of the year below $60 a barrel. That’s well below the 2018 high near $75, and of course way under what many Energy companies got used to earlier in the old decade when prices frequently topped $100. Even as recently as October 2018, a month that’s a comparison for Q4 results this year, U.S. crude prices averaged well above $70, a level they came nowhere near in Q4 2019.

The goose that laid the golden egg for U.S. crude—fracking—pumped production up to record highs for the country in 2019 at an average daily pace of around 12 million barrels a day. That’s up from just 5 million back in 2005. As prices descended from their 2018 highs, producers in Texas clamped back on their rig activity in a big way throughout 2019.

The big rig count decline in 2019 probably won’t be good news for the oil services sub-sector of Energy as Q4 earnings season approaches, Briefing.com said. When rig counts come down, there are fewer of them to service for companies like Schlumberger (SLB) and Halliburton (HAL), though shares of both of those energy behemoths rose pretty nicely heading into the new year.

Trading is arguably all about relationships, and investors can sometimes benefit if they look at a relationship that’s not making sense and figure out why. The relationship that looks out of whack going into Energy earnings season is the price of crude to the share prices of some of the major crude producers. It’s a bit of a mystery and remains unsolved.

For instance, shares of Chevron (CVX) and Exxon Mobil (XOM) barely budged in Q4 even as crude prices rose more than 16% from the end of September to the end of December. CVX shares climbed narrowly, while XOM shares peaked in mid-November and then stepped back to actually decline slightly for the quarter.

You could even argue that the real “lost story” of the last few weeks of the year was that crude went above $60 a barrel and held it (until January 8), but XOM and CVX didn’t hold it to the level you’d expect them to. Typically, higher crude prices help prime the pump for Energy stocks, but this wasn’t the case for two of the biggest ones last quarter. XOM fizzled out even as crude rose, so it’s difficult to figure out what’s going on. It’s a relationship that’s off.

Some analysts say one reason the Energy sector continues to struggle is due to the number of energy companies that are over-leveraged. That might have been a bigger issue a year ago when interest rates were rising. Now, with rates lower and the Fed hinting it might stay the course this year, that’s a harder case to make.

FIGURE 1: DRILLED. During a period in which pretty much all sectors of the S&P 500 Index (SPX – purple line) market were moving up, Energy shares (IXE – candlesticks) sputtered. By the end of 2019, however, the sector began to hold its own. Data source: S&P Dow Jones Indices. Chart source: The thinkorswim® platform from TD Ameritrade. For illustrative purposes only. Past performance does not guarantee future results.

One argument in favor of better Energy performance would be if Iran damaged oil infrastructure or blocked Persian Gulf shipments. Some U.S. energy stocks that got a boost after the September attack on Saudi oil facilities included XOM, CVX, Marathon (MRO) and Chesapeake Energy (CHK). HAL and SLB also rallied. Notably, though, none of the rallies lasted beyond a day or two, with all these stocks going flat or even falling a few days after the attack as the Saudis quickly restored production.

Even if there were some sort of major blockage, it’s not certain Energy sector profits would benefit. A spike to, say, $100 a barrel, for instance, would certainly look good on the surface for U.S. companies exporting crude, but might clamp consumer demand both at home and overseas. We saw that to some extent back in 2008 when high gas prices led consumers to start shopping for more energy-efficient vehicles.

Demand is already becoming a problem in places like Europe and Japan, where economies struggle. U.S. economic growth was also far from ideal at 2.1% in Q3. That’s better than much of the world, but not the kind of rip-roaring performance that has people thinking about sustained higher energy prices. The December ISM manufacturing index that came out a week ago showed the U.S. manufacturing picture looking even worse than most analysts had expected, and still in contraction. U.S. manufacturing softness doesn’t sound good for crude demand, either.

The long trade war between the U.S. and China—which reached a phase one agreement in December but remains an issue going into 2020—might have hurt China’s economy, too, judging from recent economic data out of Beijing. Manufacturing there is barely expanding, recent reporting suggests, and the government opened the new year by injecting new stimulus to try and jump-start growth. As one analyst pointed out, China’s Communist Party celebrates its 100th anniversary in 2021, so that could provide extra incentive for China’s government to continue trying to boost economic activity there over the course of 2020.

The supply picture this year now seems uncertain, because no one knows yet what sort of ramifications might come from this latest round of geopolitical tension in the Middle East. Before the attacks, the U.S. Energy Information Administration’s (EIA) December outlook for 2020 predicted OPEC crude production to average 29.3 million barrels a day, down 500,000 barrels a day from 2019.

“Slowing crude oil production growth results from a decline in drilling rigs over the past year that EIA expects to continue into 2020,” the EIA said in its December press release. “Despite the decline in rigs, EIA forecasts production will continue to grow as rig efficiency and well-level productivity rises, offsetting the decline in the number of rigs.”

The EIA expects total world crude production to average around 102.2 million barrels a day in 2020, up from 100.8 million in 2019. That’s only around a 1% increase, and probably not the best news for the Energy sector if it turns out the EIA was right.

Perhaps seeing the challenges ahead for its members, OPEC decided in December to cut production an additional 500,000 barrels a day. It was already holding back 1.2 million barrels a day from the market. It’s certainly possible that OPEC’s December decision was one factor lifting crude prices that month.

What to Listen For On Earnings Calls

Consider listening to what executives say about the demand side of the equation. The question we used to hear on these calls was always, “Where are you drilling?” Now, the question is, “Where’s the demand?” On top of everything else, more companies are switching from fossil fuels to alternative energy—another potential challenge.

By the time companies report, it may also be more clear what sort of ramifications the recent scuffling between the U.S. and Iran had, and executives might be able to shed more light. Many military analysts said they expect Iran to respond with some sort of strike against Persian Gulf oil, which could potentially cause a spike in crude prices.

Even before earnings season, Energy CEOs were asked about the attacks and the possible impact. “Fundamentally supply and demand remain where they were before these incidents,” CVX Chairman and CEO Michael Wirth told CNBC on Jan. 7. “We haven’t seen anything that’s actually changed that.” He added that the market is “well supplied.” For every $1 increase in oil prices, CVX gets around $450 million a year in additional cash flow, but Wirth told CNBC the company would “probably not” increase its capital spending plan even if prices stay higher for longer.

Last time out, some of the major upstream oil companies, including XOM, talked about the resources they’re devoting to exploration, as well as cost-saving plans. Consider checking for updates on these corporate plans.

Another question that might emerge, even if it’s not necessarily this particular quarter, is whether the biggest oil companies can continue paying dividends at current levels. XOM’s dividend yield, for instance, is nearly 5%. The dividend at CVX is nearly 4%. Some analysts say these firms might have to divest assets to bring costs down, but that has the potential to shrink revenue, perhaps hitting the dividend.

ConocoPhillips (COP) has a lower yield, and also has a lot of exposure to the upstream market. However, COP has a larger downstream and chemicals business that might help protect it a bit from some of the crude market volatility.

In Q4, Energy firms in the S&P 500 are expected to report a 33.9% decline in sector earnings growth, compared with just a 1.5% overall decline for all sectors in the S&P 500, according to S&P Capital IQ.

Earnings fell 38.6% for the Energy sector in Q3 compared with 0.6% for the S&P 500 overall. Looking for good news? Comparisons get much easier in 2020, when S&P Capital IQ expects annual Energy sector earnings per share to rise more than 21%, leading all sectors.