The energy sector has been an earnings outlier over the last year and is expected to easily outpace other S&P sectors in Q4 as crude and natural gas prices stayed strong. Comparisons get a lot tougher as the year continues, but some analysts remain overweight in the sector. 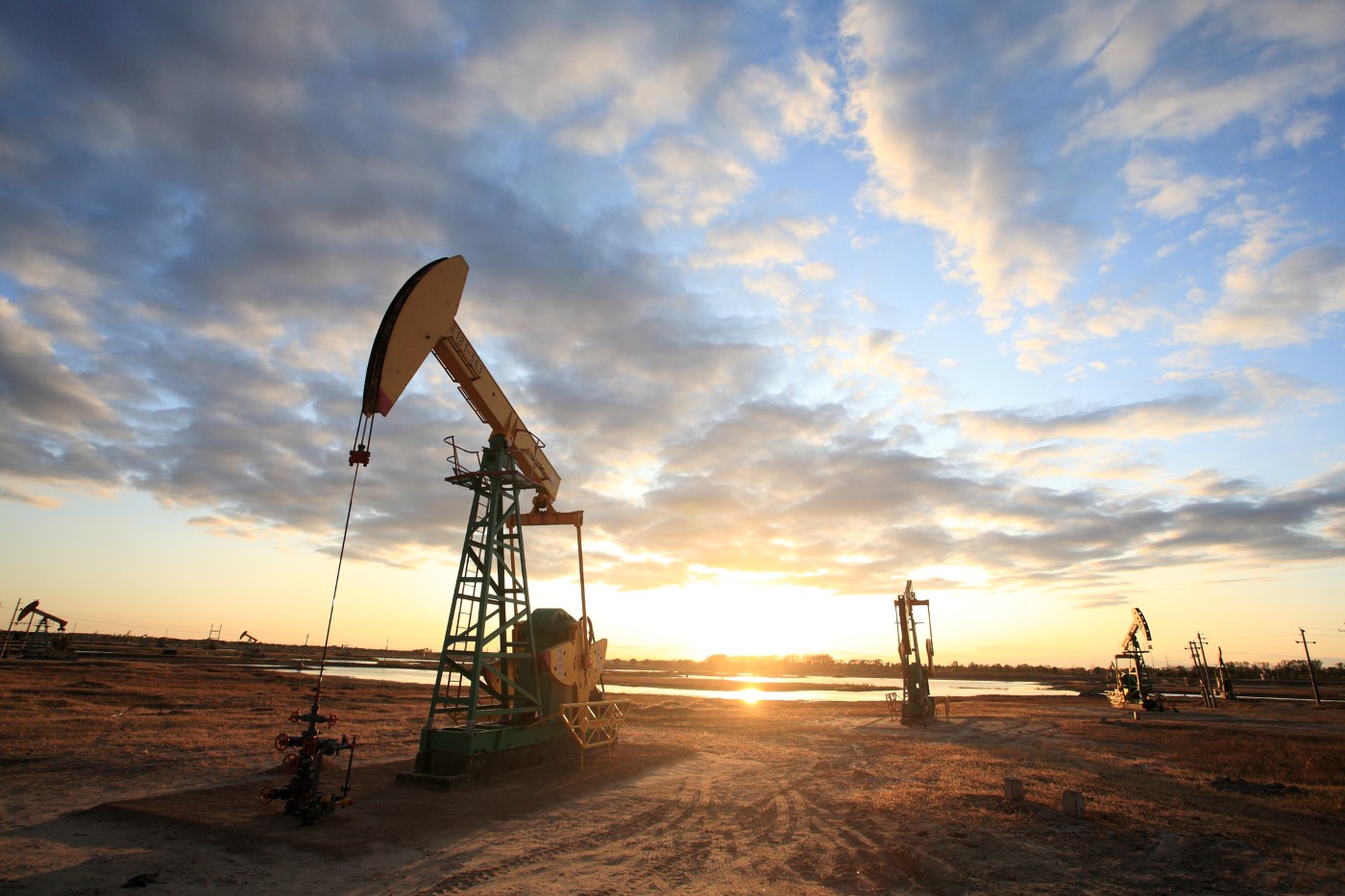 While most sectors wilted in the heat of higher interest rates and economic uncertainty in 2022, the energy sector partied like it was 2019.

That strength could show up again when major energy companies report Q4 earnings this month and next. But investors may wonder how long until it’s time to turn off the lights. The second half of 2023 looks a lot tougher for this sector.

It seems hard to believe after the S&P 500® Energy Select Sector Index (IXE) rose 58% last year, but energy was the market’s ugly duckling for most of the last decade. Low crude prices, hefty production increases, and competition for investors’ dollars from sexier sectors like communication services and info tech kept energy’s back to the wall.

Energy stocks as a sector ended up in the red for five of seven years through 2020, frequently topping the list of worst sector performers, and the largest U.S. energy company, ExxonMobil (XOM) even got dropped from the Dow Jones Industrial Average® ($DJI) after 92 years.

From the earnings forecast standpoint, it looks like the party is winding down.

Everything changes once companies begin reporting 2023 results. The sector’s earnings will fall 15.7% this year after climbing 159% in 2022, CFRA said, partly due to tough comparisons later this year. Remember, WTI Crude Oil (/CL) averaged $109 per barrel in Q2 2022. That probably means today’s lower crude prices will be a drag on year-over-year sector results not only in Q2 but in the second half, too, unless crude goes on a major tear between now and summer.

However, even if crude stays roughly where it is, around $80 per barrel and earnings begin descending year over year, that might not lead to sharp declines in energy stock prices. The sector’s forward price-earnings (P/E) ratio is one of the lowest in the S&P at 9.6, according to CFRA. Many analysts remain overweight in energy, perhaps deciding that a low P/E can provide support despite the 2023 earnings comparison overhang. CFRA is one firm with an overweight rating.

In the near term, demand is a wild card. The warm winter so far in Europe has sent Natural Gas (/NG) futures back below $4 per million British Thermal Units (MMBTU). The price rose above $10 briefly last summer, a level last seen in 2008.

WTI Crude Oil futures (/CL) bounced between $70 and $80 per barrel the last two months, and the CME futures complex is basically flat the rest of the year at current levels, suggesting energy companies may not be able to count on a boost from rising prices. Chances of a global or at least a U.S. recession also might keep energy prices and stocks in check.

A few things to listen for when energy companies report include:

Also, keep an eye on what appears to be a large variation shaping up in energy subsector Q4 earnings growth. While all subsectors are expected to gain year over year, the dominant one is oil and gas refining and marketing, where EPS is expected to rise 147%, according to FactSet.

When it comes to subsectors like oil and gas storage and transportation or oil and gas equipment and services, the gains are still expected to be very solid but not triple-digit. This means service and equipment companies might not impress as much as some of the “oil majors” like XOM, Chevron (CVX), and ConocoPhillips (COP).

That said, oilfield services could continue to enjoy rising demand as “upstream” customers invest in getting more oil and gas out of the ground, CFRA said in a recent note to investors.

Here’s a quick look at what to watch at some of the individual energy firms as they report.

It might be hard for XOM to outshine its Q3 earnings performance, which broke records and featured profits rivaling those of Apple (AAPL). That quarter saw XOM shatter Wall Street’s EPS estimates by nearly $0.90.

Much of that earnings performance was fueled by strength in natural gas prices, however, and natural gas didn’t shine nearly as bright in Q4. That doesn’t mean XOM can’t have another earnings beat, but it does make the game a bit more challenging.

XOM’s refining business tripled in Q3, helping the company maintain its $30 billion share buyback through 2023 while increasing dividends, Reuters reported. At the same time, XOM said its oil and gas production in the U.S. Permian Basin would increase nearly 20% in 2022. One question is whether XOM expects to build on those production gains in 2023, especially considering that some energy analysts say most of the “easiest” supplies in that critical region have already been drilled.

Like XOM, CVX likely benefited last quarter from year-over-year commodity price gains. Analysts expect a sharp jump in EPS and a smaller one in revenue, but it’ll take an explosive performance to beat the previous quarter’s eye-popping growth that saw CVX come in nearly $1 above the average Wall Street EPS estimate.

Last month, CVX announced plans for a double-digit increase in capital spending this year, putting the focus on new supplies. Some of the expenditures will be in the Permian Basin, according to the company’s press release, along with projects in the Gulf of Mexico.

Like many other companies in the space providing oil products and services, HAL benefited from the recent surge in commodity prices. Revenue increased nearly 40% year over year in Q3, and the company said in its press release that it expected “structural demand for more oil and gas” to provide a tailwind. HAL sounded especially confident about the North American market, so we’ll see if that confidence was well placed after a 9% revenue growth figure for the region in Q3.

On the international side of the business, Q3 growth of 3% was a bit slower, hurt mainly by the company’s exit from its Russian operations. This year-over-year comparison should get easier as the year advances because we’re about to lap the start of the war in Ukraine that forced HAL and many other companies to give up their dealings with Russia.

COP reported record production in Q3 and emphasized its strong position in “unconventional” supplies like shale. The company is also partnering with Sempra (SRE) on a proposed liquid natural gas (LNG) project under development in Texas. Look for a possible update on the final investment when COP reports because U.S. LNG’s importance grew last year following the cut-off of large amounts of Russian natural gas exports to Europe.

Executives at COP said the company averaged 1.75 million barrels of daily oil equivalent production in Q3, with 1 million per day coming from the United States. Many industry analysts expect U.S. production as a whole to climb this year, so COP may be asked how it expects to raise its already heavy output. Like other oil majors, COP may be in the position of having to choose how much free cash flow to invest in discovery and new production versus returning to investors in the form of dividends and buybacks.

OXY’s earnings report is still a month away, so a lot may still change between now and then for the company whose shares have been mostly flat since last summer. The company made headlines in 2022 thanks to Warren Buffett’s Berkshire Hathaway (BRK) buying a large stake, which helped shares more than double early last year.

In its previous quarter, OXY just missed analysts’ consensus EPS estimate, but revenues surpassed the Street’s average projection. Oil and gas revenues surged, and the firm’s chemical division also saw gains. Permian Basin production that quarter was near the lower end of analysts’ estimates, so we’ll see if the company was able to lift that in the following reporting period.