Markets Off to a Slow Election Day Start, But Overnight Futures Could Get Interesting as Results Come In

It’s Election Day and market action might be a bit slow as investors wait for the returns to come in. Walt Disney is expected to report earnings this afternoon. Whatever happens, investors are getting primed for Thursday’s crucial Consumer Price Index (CPI) report. 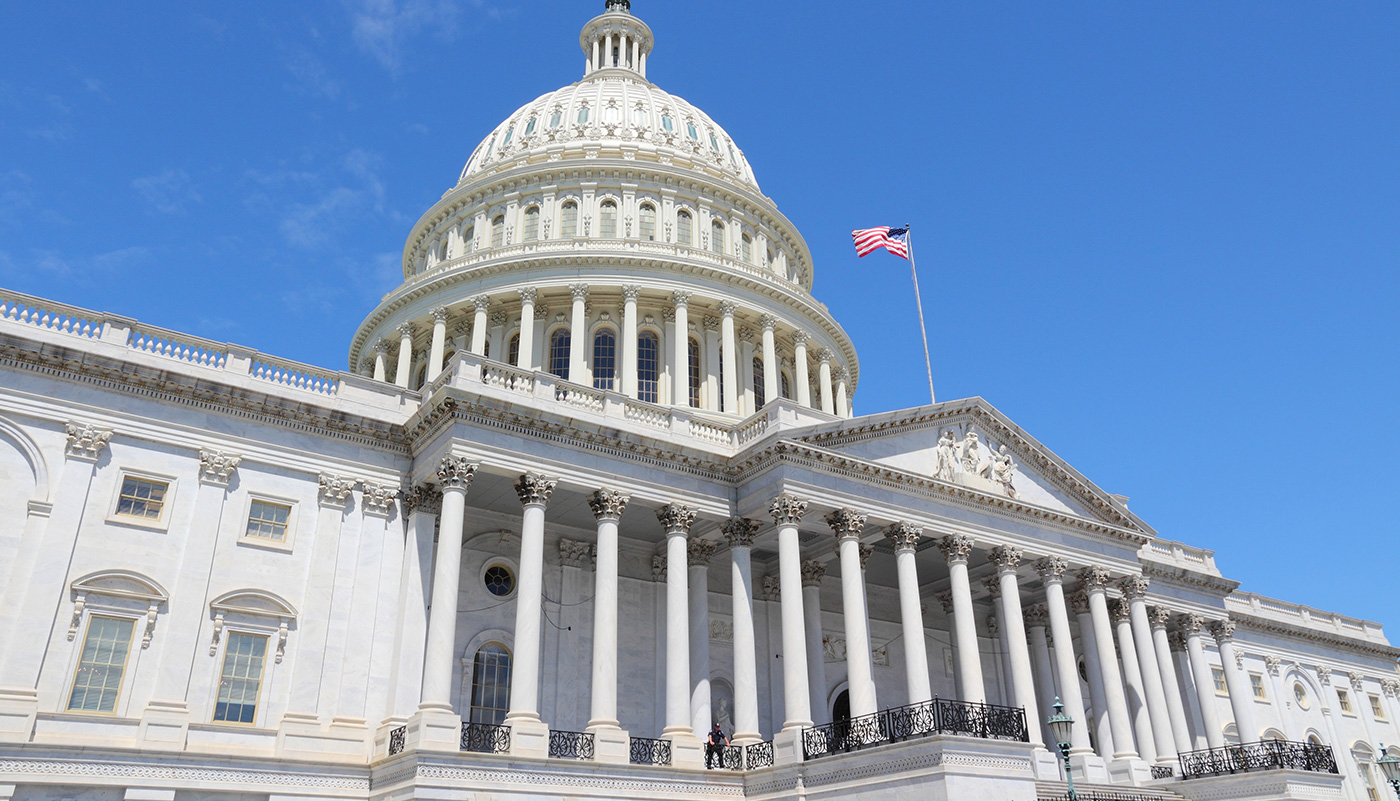 (Tuesday Market Open) As voters march to the polls today, stocks appear set to march in place ahead of election outcomes and Thursday’s October inflation numbers.

The market’s been on an upswing the last couple of sessions, possibly because many investors expect Washington to be gridlocked for the next two years. Blame common market wisdom as many believe that divided government means fewer new laws and regulations and less uncertainty for corporate leaders.

In the meantime, investors might be craning their necks for anything worth trading on this morning. Asian stocks closed mixed and European shares are about flat. The data calendar is nearly blank today, and earnings news isn’t too exciting, either, though Walt Disney (DIS) is expected to report this afternoon (see more below). For the moment, Wall Street seems less interesting than watching paint dry.

Tomorrow could be different. Keep an eye on stock index futures tonight for possible signs of reaction as people try to sort out how the election results might impact investment strategy. Be ready for a market that’s trying to find its way after the votes get counted.

What We Learned this Morning

October’s Consumer Price Index (CPI) report arrives Thursday and looms largest after the election. Analysts expect it to show a slight drop to a gain of around 8% year over year. That would be down from 8.2% in September but still near 40-year highs. It wouldn’t be surprising to see volatility pick up as investors parse election results until the release.

There’s been a lot of focus lately on the Cboe Volatility Index® (VIX) retreating recently to nearly two-month lows below 25, but a check of the VIX futures complex doesn’t offer much hope for smooth trading ahead. That’s because it’s in backwardation, meaning outlying contracts trade above current levels. There’s nothing extremely spooky on the futures charts, but the market is pricing in a VIX that will be above 25 for the next six months, a signal that turbulence isn’t necessarily over.

Did someone say, “Over”? As far as the 2022 midterms, nothing is over until the final votes are counted, and if 2020 is a guide, that might take a while. Today could be the calm before the storm, but how long the storm lasts is anyone’s guess. In 2020, it took nearly a week for an official declaration of President Biden’s victory over former President Trump, and many congressional districts took even longer to settle the outcome. There’s a small chance we could wake up tomorrow and have a solid idea of how things turned out, but there’s also a chance for a lot of uncertainty.

Despite that, Friday’s rally extended into Monday. Optimism could be related to a falling dollar, though Treasury yields continue their ascent (see chart below). Also, while a falling dollar might help multinational U.S.-based multinationals, it’s not necessarily good news on the inflation front.

Crude oil often climbs when the dollar weakens, and that’s been the case Friday and Monday. WTI Crude Oil (/CL) finished at nearly $92 per barrel Monday.

However, there’s one technically significant development—the U.S. Dollar Index ($DXY) is now trading below its 50-day moving average. Yesterday’s close near 110 was near the bottom of its recent range, but $DXY hasn’t spent significant time below 108 since mid-August. Coincidence or not, that level corresponds with the stock market’s softness that began around that same time.

We’re more than 80% of the way through earnings season, and this week includes some major cruise lines, a homebuilder, and entertainment giant DIS. The “house of mouse” is scheduled to report today after the close, providing an entertainment diversion before tonight’s breathless network broadcasts of state election outcomes.

As we noted yesterday, DIS offered solid results during its previous quarter, beating analysts’ estimates on revenue and EPS. Subscription growth at streaming service Disney+ rose more than expected to 152.1 million during its fiscal Q3, and spending at theme parks appeared to impress investors. Some analysts expect theme parks to again carry the day when the company reports later on, noting strong travel demand hasn’t let up even though we’re further and further from the main post-pandemic surge.

The problem is DIS isn’t just a theme park company. Disney+ results could get close scrutiny after last week’s disappointing outlook from Roku (ROKU), which warned of a pullback in advertisement spending. Disney+ is expected to launch a new ad-supported tier next month, according to Barron’s, and DIS shares fell after the ROKU news. This afternoon’s call from DIS could provide investors a bit more insight into how strong (or weak) DIS thinks the advertising climate is heading into the holidays, traditionally a strong season.

Other companies to watch on earnings row this week include D.R. Horton (DHI), a major homebuilder, and electric car-maker Rivian (RIVN). They’re expected to report tomorrow morning and afternoon, respectively.

The earnings world got a jolt early this week when FactSet made it official: The research firm now expects S&P 500® Q4 earnings to fall 1% year over year.

Stocks marched higher Monday ahead of today’s vote but remain below the late-October highs. The S&P 500 index (SPX) seems to be finding comfort in a range between 3700 and 3900, up slightly from a previous range it traded in between 3600 and 3800 but still about 20% below the all-time peak reached just after 2022 began. This is how the major indexes performed Monday:

The ability of stocks to rally in the face of climbing yields suggests there may be some decoupling going on, though two days of such trading doesn’t constitute a trend. It does bear watching, however.

The CME FedWatch Tool projected there’s a strong likelihood of the Federal Reserve hiking rates to 5% or above by mid-2023, and that’s reflected in the 2-year yield. However, the FedWatch Tool also indicates the Fed could potentially pivot late next year and start to lower rates, perhaps by as much as 30 basis points from the peak.

Sector-wise, energy continues to lead the SPX, helped lately by talk that possible legislative gridlock in Washington could prevent regulations from tightening too much in the next two years. The down-on-its-luck communication services sector also got a boost yesterday from shares of Meta (META), which jumped on a Wall Street Journal report of possible layoffs that could help the company lower its costs.

CHART OF THE DAY: COMFORT LEVEL. COMFORT LEVEL. For the second time in recent weeks, the 10-year Treasury yield (TNX—candlestick) topped 4.2% today. The first time that happened, it hit the S&P 500 index (SPX—purple line) pretty hard. This time, not so much. This could mean stocks are finding their comfort zones with higher yield or that the second time just isn’t so spooky. Data sources: S&P Dow Jones Indices, Cboe® Chart source: The thinkorswim® platform. For illustrative purposes only. Past performance does not guarantee future results.

Does the Market Vote?  It’s fair to wonder if today’s election could cause a major market pivot, but if the 2018 midterms and the presidential election of 2020 were any indication, you’d be wrong. In 2018, markets had been slipping, and once the polls closed, they kept heading down until late December. Ditto 2020, though the direction was up instead of down. The SPX had a couple short-lived sell-offs that fall, but the general direction continued upward. The last time a vote really seemed to change the market’s direction was in 2016, when stocks sold off for about a week before the election and then rallied  afterward. That happened to be the last election that gave the GOP full control of Washington. As for 2018 and 2020, the big story both years was interest rates. They generally moved up in 2018 and down in 2020. Consider that food for thought as you watch the results come in.

Rechecking the Jobs Report: Last Friday’s jobs report is in the rearview mirror, but there’s still interesting stuff to glean. Like this tidbit: More than half of the “upside surprise” in the October Nonfarm Payrolls data came from additional government positions. Total government jobs growth of 28,000 in October went a long way toward explaining why headline jobs growth reached 261,000 when Wall Street had expected 220,000. Government hiring tends to come in big batches, meaning you can’t necessarily count on a repeat when this month comes to a close. So, what’s the point?  While the report is seasonally adjusted for such trends, there’s a possibility that if government hiring eases in November, the next report could offer a much clearer view of what’s really going on in the private sector.

Costlier Workers See Slowdown: October’s report also had tough news for older workers. The number of employed people between ages 45 and 54 dropped by 406,000 month over month in October. This could be a sign that employers are holding back on hiring more experienced (and therefore more costly) workers. This could indicate companies might be looking to eliminate similar salaries on their payroll as inflation and other factors drive costs higher. One more thing to watch—the household employment survey. This part of the Nonfarm Payrolls Report showed a 328,000 decline in the number of people actually employed across the economy in October, while the employment-to-population ratio fell just a sliver to 60% in October. The behavior of these two numbers suggests that the jobs market—particularly as it relates to private-sector growth—could be softer than Friday’s headline number let on.