Did reopening DIS theme parks bring the magic back to the House of the Mouse? 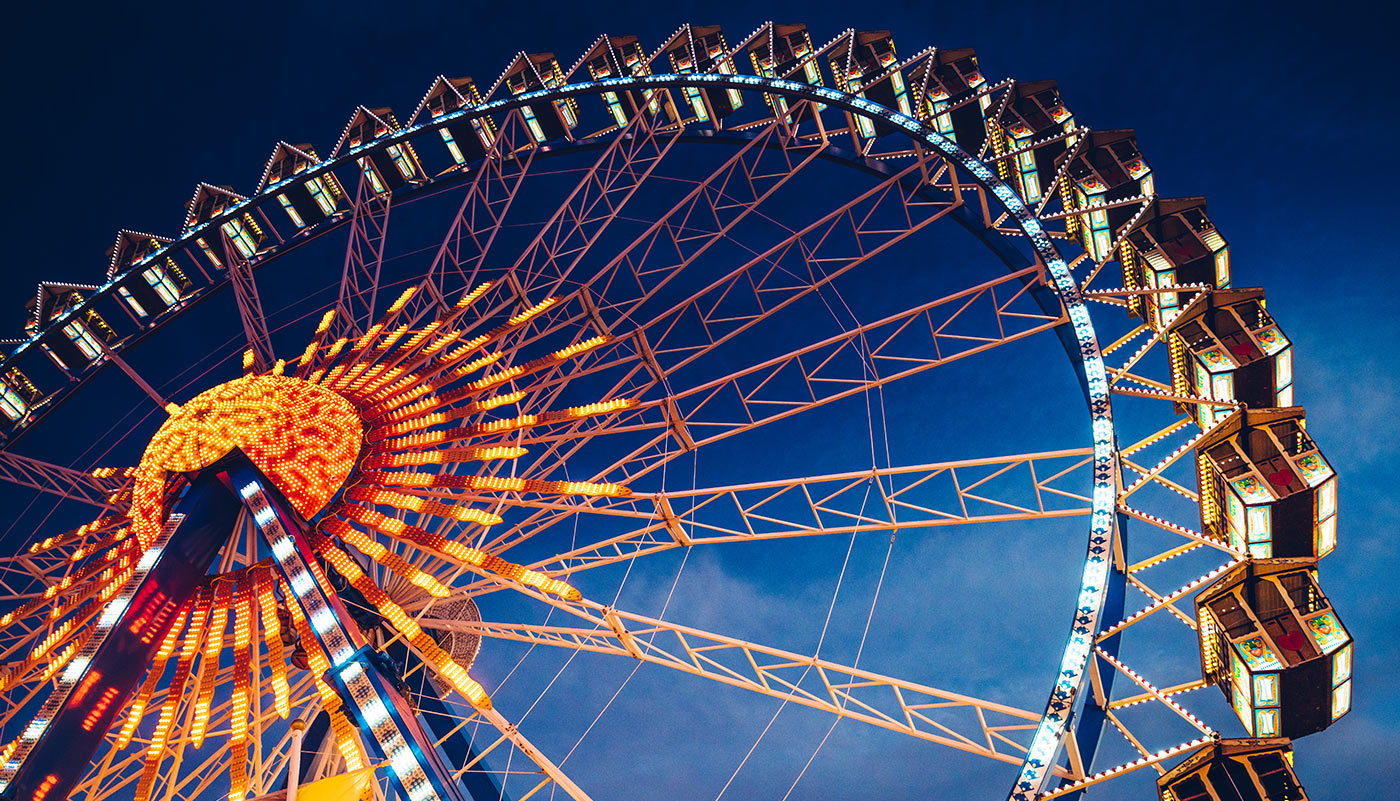 If there was ever a time when Walt Disney (DIS) needed a happy ending to a rough 12 months, it might be now.

But this fairy tale isn’t over quite yet. There doesn’t seem to be enough magic in the world to totally do away with the pandemic that blew the park earnings last year, threatens this year, and may continue reliance on streaming again this year.

The good news is the quarterly year-over-year comparisons will provide a kinder backdrop to fiscal Q3 earnings when they’re released Thursday after the market closes. Analysts are widely expecting revenues will jump 43%, thanks to the re-openings of theme parks and entertainment segments whose mandated closings pushed results off a cliff last year.

Sales are expected to hit $16.8 billion, compared with $11.78 billion a year ago, a chunk of that fueled by the success of Disney+. Earnings per share are forecasted to reach $0.55, well ahead of last year’s adjusted $0.08 cents.

The stock hit an all-time high of $203 in mid-March and has given back about 13% of that since, underperforming the S&P 500 Index (SPX). The results could move the stock in either direction. JP Morgan (JPM), for one, remains confident about the stock and sees a dip as a buying opportunity.

“With its continued digital transformation and recovery at the legacy business, Disney remains our top pick in media in 2021,” JPM analysts said in a recent note.

FIGURE 1: DISNEY VS. SPX. Disney’s stock price (DIS—candlestick) hit a high in mid-March but has pulled back since then. It has underperformed the S&P 500 Index (SPX—purple line) since May. Data sources: NYSE, S&P Dow Jones Indices. Chart source: The thinkorswim® platform. For illustrative purposes only. Past performance does not guarantee future results.

How Long Are Lines at Theme Parks?

Investors are likely interested in how attendance is at the theme parks since the re-openings, given the new rules, tweaked loyalty programs, and mask requirements. Social media tells many a story of stretched lines and frustrated waiting times—one tweet included a picture of a long, long line at a Space Mountain attraction, snaking around Tomorrowland.

But let’s not forget that capacity is still not at full-house levels. And, really, when were lines ever short and fast at any Disney park?

Beyond that, it might be interesting to hear how the parks are responding to the Delta variant in areas like Orange County, Florida, which has seen its virus positivity rates jump back into double digits.

Published reports have noted that while the cases are again on the rise and ICU units are again full, the local theme parks haven not readjusted safety procedures to what they were a year-plus ago. Is there a plan in place to do so? If not, what’s the breaking point?

If there’s anything the pandemic helped power forward, it is streaming services. Netflix (NFLX) has held the No. 1 spot for some time and what happens with numbers there is likely to be repeated in different degrees elsewhere.

NFLX membership numbers slowed down considerably in the most recent quarter, as expected, and many analysts think DIS’s will as well.

But here’s what they’ve all found out along the way too. Expectations that re-openings of theaters, restaurants, parks, and every other type of entertainment venue that kept us occupied and absorbed a share of wallet before the coronavirus pandemic would once again enrapt our attention. The thinking was once we had a chance to break from it all we would and leave our couch-potato habits, well, on the couch.

Wrong. At least for now. A recent J.D. Power survey found that we’re not giving up our streaming video subscription services just yet, and we’re layering them too. In June, the latest numbers available, households that said they subscribed to four or more online-video services jumped to 57%, up from 50% in December.

Looks like we’re going out again, but still sticking to TV fare, paying an average of $55 a month on streaming, up 45% since April 2020. That might be an interesting metric to keep an eye on going forward because it could creep into “share of wallet” spending.

Investors are looking for Disney+ numbers to be higher, but they might find out, like NFLX, that they’re falling but not diving. A year ago, DIS reported 100 million subscribers across Disney+, Hulu, and ESPN+, some 60.5 million of them tied to Disney+.

In the latest quarter, DIS said 103.6 million subscribers were members of Disney+, but that fell short of expectations of 109 million. Chief Executive Bob Chapek didn’t sound concerned, reiterating forecasts of 230 million to 260 million Disney+ subscribers by 2024.

Here’s what else might be interesting about that—streaming services, including DIS, are raising prices. Investors noted they will be listening to how DIS’s price increases might be affecting subscriber numbers.

For example, DIS upped the ESPN+ streaming service to $7 per month or $70 for a year, a notable jump from $6 per month and $60 a year. They explained away the price hikes on better sports-rights deals for the platform, including contracts for NFL and NHL coverage and the Wimbledon tennis tournament.

Disney also lifted costs on Disney+ to $8 monthly from $7, expressing confidence in its streaming offerings and its growing source of revenue growth. Analysts expect Disney+ to deliver a 113 million strong subscriber base in the quarter, putting faith in newbies looking for the Marvel film “Black Widow” and the “Loki” new series.

When Disney’s quarterly report is released after the close Thursday, the company is expected to report adjusted EPS of $0.55, up from $0.08 in the prior year quarter, according to third-party consensus analyst estimates. Revenue is projected at $16.8 billion.

The options market has priced in an expected share price move of 3.05% in either direction around the earnings release, according to the Market Maker Move™ indicator on the thinkorswim® platform.

What about Scarlett Johansson?

Speaking of the “Black Widow,” the lead has filed a lawsuit that could set a precedent for star- power earnings in the world of streaming services. The Marvel movie arrived both in movie theaters and on the Disney+ app at the same time. Johansson claimed that violated DIS’s promise to release it exclusively in theaters. Her earnings capacity, according to published reports, was largely based on box-office performance.

Companies like DIS are looking to fast-track their streaming services and are giving them priority and top billing on platforms. In DIS’s case, the company charged Disney+ members $30 for early viewing privileges, which likely kept many families from venturing to theaters.

Actors, not surprisingly, don’t want streaming services to hurt their earnings power, and Johansson’s suit could draw the line in the sand. “Disney intentionally induced Marvel’s breach of the agreement, without justification, in order to prevent Ms. Johansson from realizing the full benefit of her bargain with Marvel,” the Wall Street Journal quoted from the suit.

DIS’s response was that the suit had no merit and that it had “fully complied” with Johansson’s contract, noting “the release of Black Widow on Disney+ with Premier Access has significantly enhanced her ability to earn additional compensation on top of the $20 million she has received to date,” the Journal reported.

That’s a big chunk of moola, but the Journal reported Johansson’s take with a better box-office haul could be cut short by more than $50 million. After the movie was released, DIS announced its weekend debut pulled in an estimated total of more than $215 million globally, breaking out to $80 million in domestic box office proceeds, $78 million in international box office, and more than $60 million through the Disney+ premier access.

Analysts are likely to ask about the suit during the conference call, and any insight could be valuable. But, like most companies’ responses, don’t be disappointed if there’s a “we can’t comment on pending lawsuits” response.