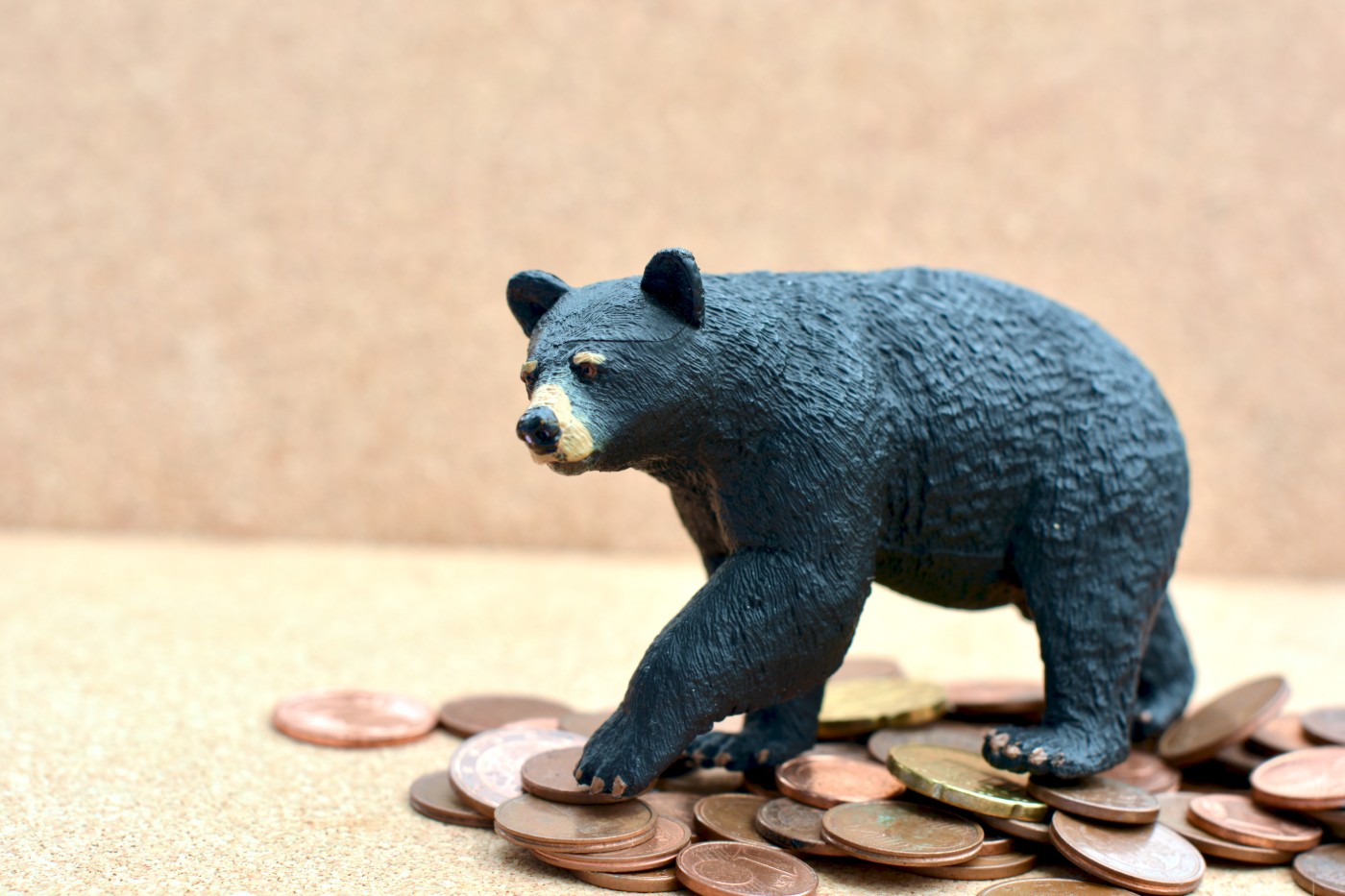 (Monday Market Close) The market took a rough ride through the recent past Monday, crumbling under the weight of Covid as the virus quickly spread in the U.S. and across the world. The Delta variant raised questions about the strength of the recovery, and stocks that stood to benefit most from an economic revival—including travel firms—received the hardest blow.

At the same time, falling interest rates helped knock the Financial sector deep into the red, and a 7% collapse in crude prices (see chart below) slammed the brakes on Energy stocks. Both sectors had already been under pressure over the last month, but Monday was the steepest plunge yet, with Energy falling nearly 4% and Financials dropping 3%.

CHART OF THE DAY: OIL’S SLIPPERY SLOPE. Crude oil futures (/CL—candlestick) fell to their 100-day simple moving average (blue line) at $66.21 per barrel, which coincides with a previous resistance-turned-support level of around $66. Data source: CME Group. Chart source: The thinkorswim® platform. For illustrative purposes only. Past performance does not guarantee future results.

Defensive sectors like Staples, Real Estate, and Health Care also took a beating, but not as badly as the reopening and cyclical parts of the market. At the same time, strength could be found in a few of the well-known Tech firms like Nvidia (NVDA), Tesla (TSLA), and Advanced Micro Devices (AMD). They all traded in the green even as the broader indices got slammed, perhaps in hope that Tech could outperform other sectors if this slowdown continues. That would echo what we saw last year when the pandemic first shocked the markets.

Another echo is how some of the buying and selling shaped up across other sectors. Payment processing companies saw their stocks fall sharply on worries about consumer demand getting clipped, but grocery store stocks were among the leaders today, perhaps amid thoughts that people might drive to stores to load up on staples. We saw that kind of bifurcation back in March 2020, as well.

On a positive note, some of the selling dried up in the final minutes of the session and major indices finished off their lows. This could be a positive going into tomorrow, but consider monitoring the futures market tonight and tomorrow morning to see if selling returns.

Importantly, the S&P 500 Index (SPX) managed to come back from below its 50-day moving average to close solidly above that level. This suggests that maybe the “buy the dip” mentality that’s characterized the market so much in 2021 hasn’t vanished.

It’s hard to say exactly why investors chose this particular moment to start worrying about Covid when the Delta variant has been causing problems for a while, but maybe media reports about Olympic athletes getting the virus and parts of California reinstating mask mandates brought the issue home for many. News that average daily caseloads have tripled in the U.S. since June also underscores the significance. Having said that, caseloads are still well below the levels that created so much trouble late last year and earlier this year.

Whatever the exact reason, what’s clear is that we’re seeing a quick reversal of any progress in travel stocks. Boeing (BA), Carnival (CCL), Norwegian Cruise Line (NCLH), United Airlines (UAL), and others got slapped down dramatically Monday. The airline sector was in pretty rough shape over the last month as it is, but this accelerates the downward trend just as investors prepare for earnings from UAL and a couple other major airlines this week. BA is on tap next week.

Here are some thoughts on what could possibly arrest this downward trend other than better Covid news, which the market has no control over, of course.

Yield Check: Pressure Could be Coming Off Fed

While all these possible momentum savers are interesting to think about, there’s no way it feels good when the market takes a dagger like it did today. For people on a fixed income, watching the 10-year Treasury rate fall back below 1.2% for the first time since early this year could sting. It’s still hard to find yield, which in turn could be a boost for stocks down the road. Though yields are down from their March peak near 1.76%, even at that level they were low historically, continuing to fuel the rush into stocks.

The last two days of weakness could also take pressure off the Fed to pull back on any of its stimulus efforts. Investors heard dovish words from Fed Chairman Jerome Powell last week, and the Fed’s next meeting starts a week from Tuesday. Chances of a rate hike by the end of the year are back to zero, according to CME Fed funds futures.

From a technical standpoint, the next source of support for the SPX might be in the range between 4210 and 4220 if the 50-day moving average gets taken out. Keep things in perspective, though. Even with the selling on Monday, the major indices remain near all-time highs, and haven’t had a 10% correction yet this year. Typically, the market sees a correction or two every year, so it wouldn’t be a major shock if we see one now, considering how far and fast things have come since a year ago.

If we did see a 10% correction, that would mean the SPX falling below 4000 for the first time since late March. A couple tests of the 4000 level failed in May.

If you’re a long-term investor, it’s always important not to let emotion or fear guide your trading. Hopefully you’ve stuck to your plan on the way up and rebalanced as necessary so that you’re comfortable with your exposure to equities vs. fixed income. Even if you’re not, you might want to consider letting things play out a bit here before taking action. This isn’t necessarily the best time to go “all in” or “all out.” Things are in flux and could be for a while. Get ready for a rough ride because we could be in for at least a few days of heavier volatility. When the market has a day like this, it’s not easily forgotten.