Will It Be a Jolly Holiday Season? Consumer Spending Outlook

It’s that time of year again, and the question, as always, is how wide will consumers open their wallets? Spending has been strong. 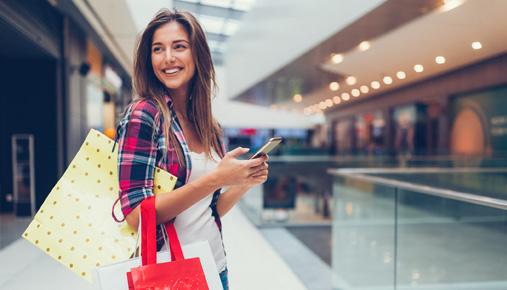 Ebenezer who? Consumers have been on a buying binge and appear to be ready to swing their wallets open wide by the time the jolly old fellow wedges his way down any chimneys this holiday season, according to a bevy of economic and industry spending reports.

“There’s no question consumers are out there spending when you look at every metric measuring it,” said JJ Kinahan, chief market strategist at TD Ameritrade. “Consumer spending is the strongest we’ve seen in a long time.”

That, of course, could bode well for the retail industry as a whole, but—as we’ve seen in recent spending behavior patterns—some sectors might perform with more oomph than others. How the most important shopping season of the year shakes out is likely to depend on how the economy continues to perform, barring any major geopolitical or monetary disruptions between now and then.

A Happy Consumer Is a Spending Consumer

All told, the National Retail Federation (NRF) is betting consumers will shell out between $678.8 billion and $682 billion this year on gifts, food and drink, decorations and cards, according to its annual survey conducted by Prosper Insights & Analytics. That would be 3.6% to 4% ahead of last year’s tally, a significant increase by NRF standards.

“Retailers have been stocking up in expectation of this, and all signs are that this will be a busy holiday season,” said Matthew Shay, NRF’s chief executive.

Consumer sentiment is buoyant, according to the University of Michigan’s latest monthly readout. Its final reading on the pulse of the consumer in October hit 100.7, up from September’s 95.7 analysis and the strongest it’s been in 13 years.

“To be sure, consumers do not anticipate accelerating growth rates but rather a continuation of the slower pace of growth that has characterized this recovery,” said Richard Curtin, the chief economist of the survey. “The Great Recession has caused a fundamental change in assessments of economic risks, with consumers now giving greater preference to economic stability relative to economic growth.”

Happiness tends to transfer into better consumer spending. When consumers feel good about the economy, their jobs, and future job prospects, they tend to be more willing to share the wealth with family and friends, according to historical behavioral spending reports.

Personal consumption expenditures, as measured by the Bureau of Labor Statistics, supported that theory in September (the latest numbers available) with a 1% jump over August’s weak 0.1% advance and July’s tepid 0.4% gain. The PCE number is a primary yardstick of consumer spending, which accounts for about two-thirds of the U.S. gross domestic product (GDP) and is the engine that drives economic growth.

“Every sector of consumption was booming in September,” Eugenio Aleman, senior economist at Wells Fargo Securities, said in a recent research report. Consumers bought up $46.5 billion in durable goods like big appliances and autos, as well as $42.9 billion in non-durable goods like food and clothing. They also appeared to gobble up services, with consumption in that segment up $46.6 billion.

“We have not found a stronger month for all three components of nominal PCE going back to 1980,” Aleman said.

Couple all that with last month’s better-than-expected 3% pace of growth in the GDP and the upward trajectory that the stock market has enjoyed most of this year, and it appears the consumer is indeed in good shape.

One factor that might take a bite out of holiday spending: prices at the pump. Oil prices have been climbing with relative consistency since August, pushing the per-gallon cost of gasoline some $0.30 higher from year-ago levels, as of early November. Rising gas prices historically have had the most impact on consumers who generally live paycheck-to-paycheck, and recent price increases might put a crimp on many wallets.

Retailers Rolling out the Red Carpet

No matter what, retailers are pulling out all the bells and whistles to promote the season in grand style again this year. Black Friday ads starting appearing as early as last month, and some consumers might even swear the drumrolls of Christmas Creep started beating late last summer with Amazon’s July Prime Day sale. But as soon as the calendar flipped from October to November, there seemed to be not even a fuzzy remembrance of Halloween as the discount march to Black Friday began with announced sales rollouts from Wal-Mart (WMT), Costco (COST), Amazon (AMZN), as well as eBay (EBAY), Groupon (GRPN), and Dell, among others.

That’s likely to intensify as the days tick away, which might leave shoppers singing about their holly, jolly Christmas this year.