Connecting the Dots: Investor Guide to Tracking Fed Policy Projections with the Dot-Plot

The Fed provides a quarterly “dot plot” with its monetary policy projections for the next several years that can help investors glean the Fed’s thinking about the future. 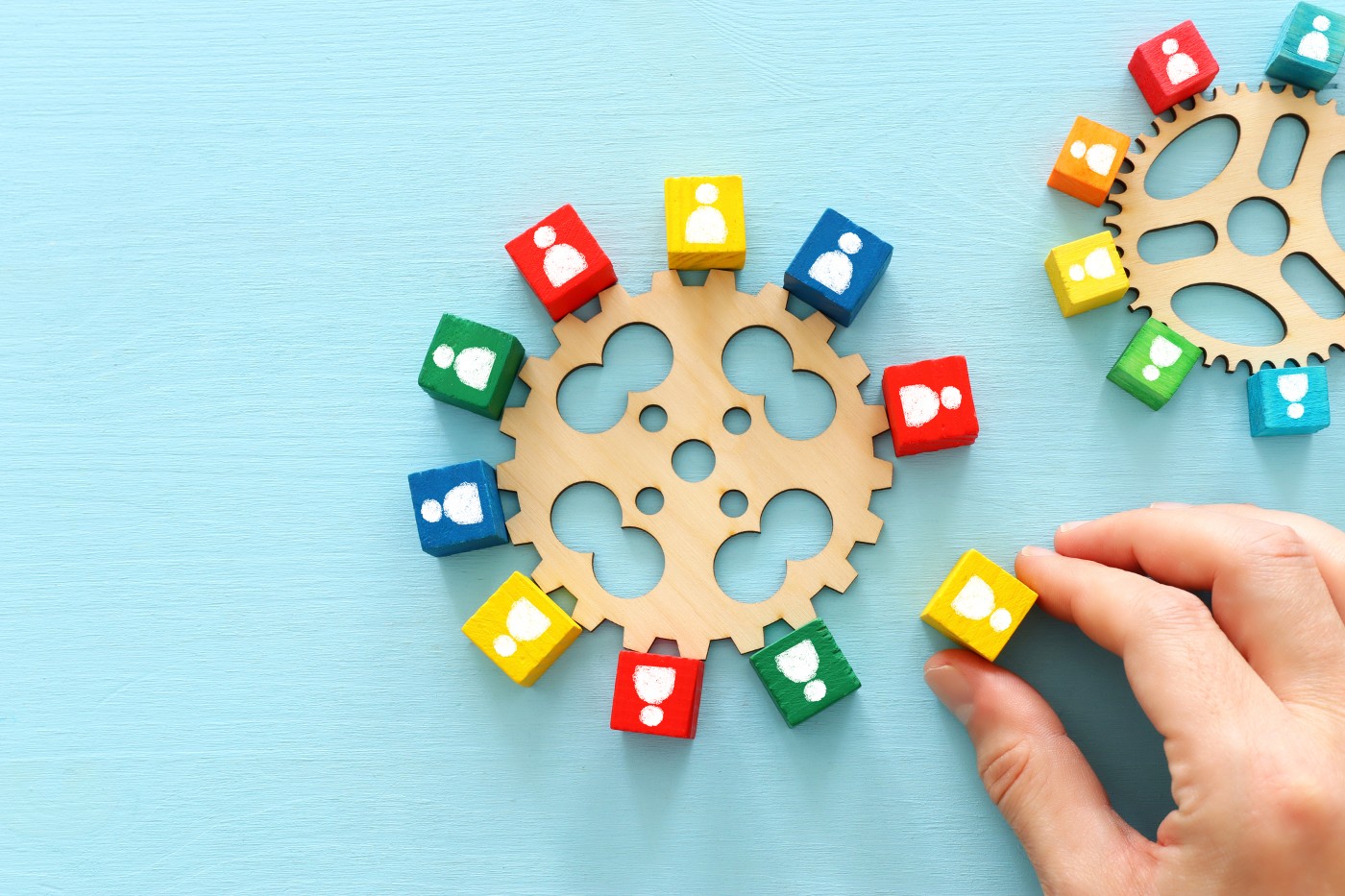 The so-called dot-plot, formally titled the Policy Path Chart, is published by the Fed four times per year (once per quarter in March, June, September, and December) after meetings of its 16-member Federal Open Market Committee (FOMC), the central bank’s policy-setting arm.

Another FOMC meeting looms, so you’re likely hearing about expected updates to the dot-plot. But what is the dot-plot and how do you interpret it?

What the Dot-Plot Signifies

Each dot represents an FOMC member’s view (anonymously; no dots are “identified”) about where the benchmark federal funds rate should be at the end of the current year, plus a few years down the road.

The dots go up and down a lot.

Dot-plot market professionals scrutinize the Fed’s dot-plots closely for clues about the central bank’s next potential move on interest rates and its longer-term outlook on the economy.

“Over the last couple years, many may have lost confidence in the Fed’s ability to forecast macroeconomic conditions. But it’s still important to follow what it’s predicting and how it sees things, because ultimately the Fed is the decisionmaker when it comes to determining monetary policy,” said Alex Coffey, Trading Strategist at TD Ameritrade. “We may not look to the Fed for clarity on what’s going to happen, but it’s important to know what it thinks might happen.”

The dot-plots, according to the Fed, are based on FOMC members’ individual assessments of “appropriate monetary policy” to generate levels of economic growth and inflation that meet the central bank’s objectives: maximum employment and stable prices. The Fed first made dot-plots available in 2012 as part of an effort to be more transparent about how it makes rate decisions.

Where to Find the Dot-Plot

That’s actually not too hard. Simply access the Fed’s home page. Under the Monetary Policy tab, select Meeting Calendars and Information to see a list of the Fed’s most recent meetings.

Scroll down to the most recent March, June, September, or December meeting to find the appropriate dot-plot. Under Projection Materials, select the meeting’s PDF, which is a document that opens with several pages of economic projections.

However, it’s page four you’re looking for. That’s the home of the dot-plot. Now that you’re there, you’ll see a chart that looks like it was designed on a Tandy computer sold at your local RadioShack store in the 1980s. If you squint, you’ll see a bunch of blue dots plotted across several years, with rates on the y-axis and dates on the x-axis. This is the heart of the matter.

Remember that policy projections change from report to report. For example, figure 1 compares the dot-plot of September 2022 to a dot-plot from September 2021, before the Fed embarked on a rapid rate-hike cycle.

FIGURE 1: FED DOT-PLOTS (SEPTEMBER 2021 vs. SEPTEMBER 2022). Here are the FOMC participants’ assessments of appropriate monetary policy. Each point represents the midpoint of a participant’s target range or target level for the federal funds rate. See how rapidly rate projections changed over this one-year period as the Fed wrestled to bring down four-decade high inflation. Source: Federal Reserve Bank. For illustrative purposes only.

How to Read the Dot-Plot

We’ll look at the September 2022 dot-plot, but any would do if you’re simply trying to understand how the process works as you assess whether the Fed leans toward future loosening or tightening of rates.

Before digging deeper, keep in mind that each member’s dot represents the middle of a range. They’re not meant to be exact targets, and there’s no way to tell which dots are from which FOMC member. The Fed also isn’t bound at all by these projections, so it’s important to view them as a snapshot of where members think rates might be a year or two out, not where they’ll actually be.

The September 2022 dot-plot covers the years shown at the bottom (2022 through 2025 in figure ). There’s also a category called “longer run.” This is the most uncertain category and isn’t very important. Even FOMC members don’t have crystal balls.

FOMC members are each asked to plot where they think rates will be at the end of each year. Keep in mind that going into the September 2022 meeting, the benchmark rate was at a target range of 3% to 3.25%, and that rose 75 basis points to a range of 3.75% to 4% when the meeting ended.

Looking at the dot-plot released at the close of that meeting, most FOMC members expected 2022 to end with the benchmark rate between 4% and 4.5%. That’s where the majority of dots congregate on the chart and indicate the FOMC expected at least one more rate hike at its December meeting, the last of the year.

Looking into 2024, projections are far more spread out. At the very high end, a handful of FOMC officials see rates staying above 4% that year, a larger number thinks rates will fall to 3.5% and 4%, and two think rates could actually drop below 3%. Perhaps they think inflation will be tamed by then, or maybe they think the economy is headed for recession. Either outcome would point toward lower rates.

Surveying the dot-plot for 2023 and 2024 helps you get a sense of where the Fed thinks the “terminal,” or “peak,” rate of the current hiking cycle will be. As of the September 2022 meeting, most FOMC members believed rates would peak between 4.5% and 5%. You can find the actual median number in the Fed’s PDF, page 2, Table 1. It shows the Fed’s June 2023 median rate projection stood at 4.6%. That was the peak level FOMC members saw for rates as of September 2022.

Investors should have a sense of how high and at what time rates could peak, and when they could start to fall. Rate-sensitive sectors like info tech, real estate, energy, and consumer discretionary are particularly prone to trading on rate projections. All these sectors depend more than many others on the borrowing climate, both for consumers and companies. When rates rise, these sectors tend to come under pressure, but falling rates can be a tailwind. Falling rates are also a natural tailwind for the fixed income market because fixed income assets rise when rates fall.

Next, consider what the dot-plot can tell you about history. Check out the September 2021 dot-plot created before the rapid inflation that forced the Fed to act in 2022. That one projected the federal funds rate would be in a range between 0% and 0.75% by the end of 2022 and possibly around 1% by 2023. It didn’t forecast any real rate growth until 2024 and projected a 2.5% rate in the “longer run.”

With rates reaching 3.75% to 4% by September 2022, we all know how that worked out. The FOMC was way off, and according to critics, that’s because it underestimated the growth of inflation and how long it would last, then had to scramble to respond. It’s a good object lesson in how much faith to put in these long-term projections: not too much. Lots of stuff can cause past projections to look dated very quickly.

Watching how the Fed changed gears in 2022 could have an impact on how we look at the dot-plot long-term.

Getting to the Point

The best way to tell if there’s a potential surprise brewing in the next dot-plot is to watch the market over the two weeks leading up to the FOMC meeting, according to Coffey. In between FOMC meetings, you can track the odds of rate increases through the CME FedWatch Tool, which updates the market’s rate projection minute by minute each trading session. Go to the tab showing the date you want to know where rates might be, and the tool shows what odds the futures market projects for where rates will be each FOMC meeting date.

Meanwhile, equity investors with a long-term horizon might be expected to focus on more established companies, while understanding the impact that Fed moves can have on specific industries. Rising rates can favor banking but typically not housing, Coffey added. Lower rates tend to favor the real estate sector, as well as sectors that typically offer higher dividends like utilities and consumer staples.

Like the dot-to-dot puzzles from your childhood, connecting the Fed’s dots can be an essential first step in assessing the full picture of where interest rates might be headed.