Stocks approached the weekend under fresh pressure after four of the biggest U.S. banks reported a mixed set of earnings. Recession worries resurfaced after the World Bank lowered its global economic forecast. The market is closed Monday, so be on the lookout for potential volatility ahead of the long weekend. 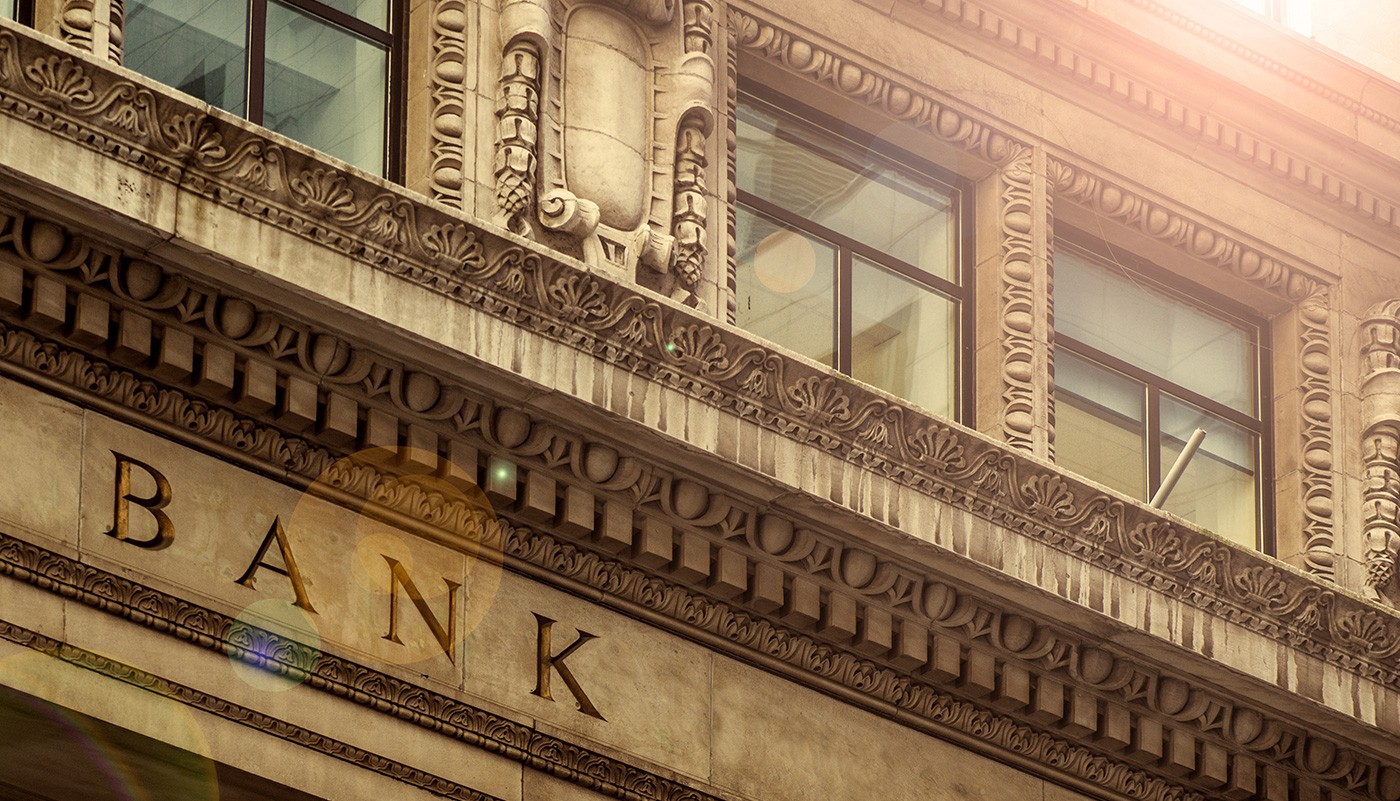 Readers’ note: The markets will be closed Monday, January 16, in observance of Dr. Martin Luther King, Jr.’s birthday. The Daily Market Update will return Tuesday, January 17. Have a good weekend.

JP Morgan Chase (JPM), Citigroup (C), Bank of America (BAC), and Wells Fargo (WFC) all reported before the bell, and while some of the numbers looked relatively decent compared with Wall Street’s expectations going in, there were also a few hiccups along the road.

For the big banks, it’s not surprising to see that transactional revenues in businesses like investment banking slowed down amid elevated economic uncertainty and higher borrowing costs. Not a lot of management teams want to make deals in that environment. But this was offset a bit by rising net-interest income.

In addition, JPM’s influential CEO Jamie Dimon said in his company’s earnings statement that the economy remains “strong” but risks remain for the economic outlook. The company set aside a decent chunk of loan loss reserves in case of defaults.

Dimon pointed to “geopolitical headwinds” like the war in Ukraine and “persistent inflation” as continuing threats. That came a day after the World Bank lowered its economic outlook for 2023 and warned that world economic conditions are “fragile.” It added that an array of dangers ranging from higher inflation to COVID-19 outbreaks could push the global economy into recession.

Bank by bank, the tidings looked like this early Friday:

Highlights: Earnings and revenue in Q4 got a powerful boost from rising net interest income, a feature in which banks see their profits climb due to higher interest rates on the loans they make. However, investment banking revenue fell 57% from a year earlier as capital market activity remained on snooze.  Fixed income trading revenue rose 12% but equities trading revenue fell 1%. Across the firm, loans rose 6%, a possible sign of growing economic activity that’s likely to be welcomed by the market.

JPM reported a $2.3 billion provision for credit losses in Q4, a nearly 50% increase above Q3 and well above estimates. That’s the money banks set aside for projected defaults, so the increase is a sign the bank feels it still needs a pretty big umbrella. And what really hurt JPM shares in premarket trading was the company guiding below estimates on net interest income. That category was their saving grace this time, but it’s disappointing to hear it won’t continue at the same level.

Highlights: BAC also got bolstered by stronger net interest income, which rose 29%. But the company set aside $403 million to protect against possible defaulting loans.

Highlights: WFC narrowly beat falling consensus EPS expectations, but came up short on revenue and said credit quality—a closely watched metric in the banking industry—remained strong. It has $957 million set aside for credit losses, and that weighed on profits which were basically cut in half. The company also cited a decline in mortgage banking income as the housing market came under pressure from higher rates.

WFC announced recently it will exit the mortgage business, which has been its bread and butter for quite a while.

Highlights: Like WFC, C has been making big changes in its business, especially pulling back on international operations. The company saw higher interest income come to its aid in Q4, but investment banking weakness dragged.

Banks weren’t the only ones reporting on the first major day of the Q4 earnings season. Delta Air Lines (DAL) had a nice Q4 but shares fell 3% in premarket trading after the company raised concerns about rising labor and fuel costs.

After today’s bank earnings, there’s a three-day holiday weekend, then Goldman Sachs (GS) and Morgan Stanley (MS) are expected to share results Tuesday morning. Banks that play heavily in the capital markets, including MS and GS, could see results diverge from those of diversified banks like BAC and JPM more closely tied to the consumer economy.

Morgan Stanley: The investment banking business is likely to be front and center when MS reports because its Q3 performance in that business disappointed investors. Overall, MS missed Wall Street’s consensus on both revenue and EPS in Q3, burdened by a 55% decline in investment banking. The almost complete disappearance of initial public offerings (IPOs) plagued the entire investment banking industry last year and so did a lack of dealmaking. Tough comparisons to 2021’s huge IPO market made for tough sledding, and MS faces the same dynamics when it reports Q4 earnings. MS shares fell 13% last year.

Goldman Sachs: GS faces some of the same challenges  as MS and recently announced job cuts. Like other investment banks, GS is at risk if the economy slows amid rising interest rates. The current rate climate also could continue to discourage IPOs and deal-making.

In Q3, GS profit and revenue beat expectations, though both were down double-digits from a year earlier. The same dynamic is expected in Q4 as the company again faces tough comparisons to 2021. One area to watch is Q4 fixed income trading, a stalwart category for the bank in Q3 even as stock trading revenue slumped. Investment banking was a major weakness in Q3, with revenue falling 57%. We’ll find out Tuesday if GS had any success arresting that slide in Q4.

Though the SPX just missed settling above its 200-day moving average of 3,987 yesterday—much to the chagrin of any technical bulls out there—Wall Street continued its early 2023 rally.

There’s a different hero every day. On Wednesday, mega-caps like Amazon (AMZN) and Tesla (TSLA) formed the vanguard. On Thursday, airline stocks led the way.

Stocks also may have gotten some support from Thursday’s December CPI report, which showed a 0.1% drop in the headline inflation rate. It was the third month in a row of slowing price growth, though shelter costs did rise. Some analysts suggest shelter costs can lag some other parts of the economy in terms of coming back to earth after an inflationary period.

Still, core inflation growth of 5.7% year over year remains well above the Fed’s goals, so it’s doubtful the report will change lots of minds at the central bank. The futures market has built in a nearly 97% chance of the Fed raising rates by 25 basis points on February 1 and close to a 40% chance of rates rising to 5% or higher by midyear. Even so, the benchmark 10-year Treasury yield dropped all the way back to 3.43% by the end of the session Thursday after touching 3.8% late last month.

CHART OF THE DAY: THE VIX SKIDS. The Cboe Volatility Index (VIX—candlesticks) fell below 20 on Thursday for the first time in about three weeks. The last major drop below 20 came in early December when the VIX put in a six-month low of 18.95 intraday. That corresponded with a big rally for the S&P 500 index (SPX—purple line), but the VIX went north and the SPX went south immediately after that, reinforcing views that the VIX can sometimes be a contrarian signal. Will the same be true this time? Data sources: Cboe, S&P Dow Jones Indices. Chart source: The thinkorswim® platform. For illustrative purposes only. Past performance does not guarantee future results.

Data Docket: While today’s main focus is bank earnings, we’ll see some important consumer data soon after the open. The January University of Michigan Consumer Sentiment Index is due at 10 a.m. ET. Analysts expect a slight bump to 60.5, which is still historically soft but above the rock-bottom 59.7 posted in December, according to consensus from Briefing.com.

Keep an eye on the inflation component of the report. Back in December, year-ahead inflation expectations fell from the previous 4.6% to 4.4%, the lowest reading in well over a year. Any sign of falling inflation expectations in tomorrow’s report could give the Federal Reserve a little more of what it’s been looking for—further signs that prices are finally easing.

Taking Flight: The daily leaderboard was packed with airlines Thursday after American Airlines (AAL) kicked things off by raising EPS guidance well above analysts’ expectations. It also raised revenue expectations and saw shares rise nearly 10%. Other airline stocks rallied on the news, with United Airlines (UAL) up 7% and even Southwest (LUV) up 2% despite the company’s well-publicized recent struggles.

When airlines and other transports do well, that’s usually a sign of strong consumer spending and demand, not recession. It also reinforced what airline executives said last year about people seeking fun experiences as the world emerges from COVID-19. The wild card for airlines remains energy prices, as WTI Crude futures (/CL) swung back above $78 per barrel Thursday. That’s still a relatively modest level, but the higher it gets, the harder it can be on airline margins.

VIX Falters: Volatility has been cooling for months, and that trend accelerated after the Consumer Price Index (CPI) report Thursday. The VIX fell below 20—the historic average—on Thursday for the first time since December 21. Last March and last August were the most recent occasions the VIX spent any appreciable time under 20, and it’s had a lot of trouble staying below that level since. In fact, when the VIX dropped below 20 in recent months, it’s sometimes been a contrarian signal that volatility is about to tick up (see chart below). We’ll see if that pattern reoccurs this time.

Whatever happens in the near term, market participants seem convinced volatility will ultimately rebound. The futures market shows the VIX climbing above 21 next month, above 22 by March, and above 23 by April. Still, that’s mild by comparison to a month ago when some longer-term contracts traded above 27. Generally, a VIX below 20 signals less chances of daily sharp swings in the S&P 500® index (SPX)