Nothing But Reruns: Falling Yields, Brexit Worries Gang Up on Stocks

Stocks seem likely to be under pressure today both from falling bond yields and new concerns about a possible no-deal Brexit. Tomorrow brings a fresh look at Q2 GDP data. 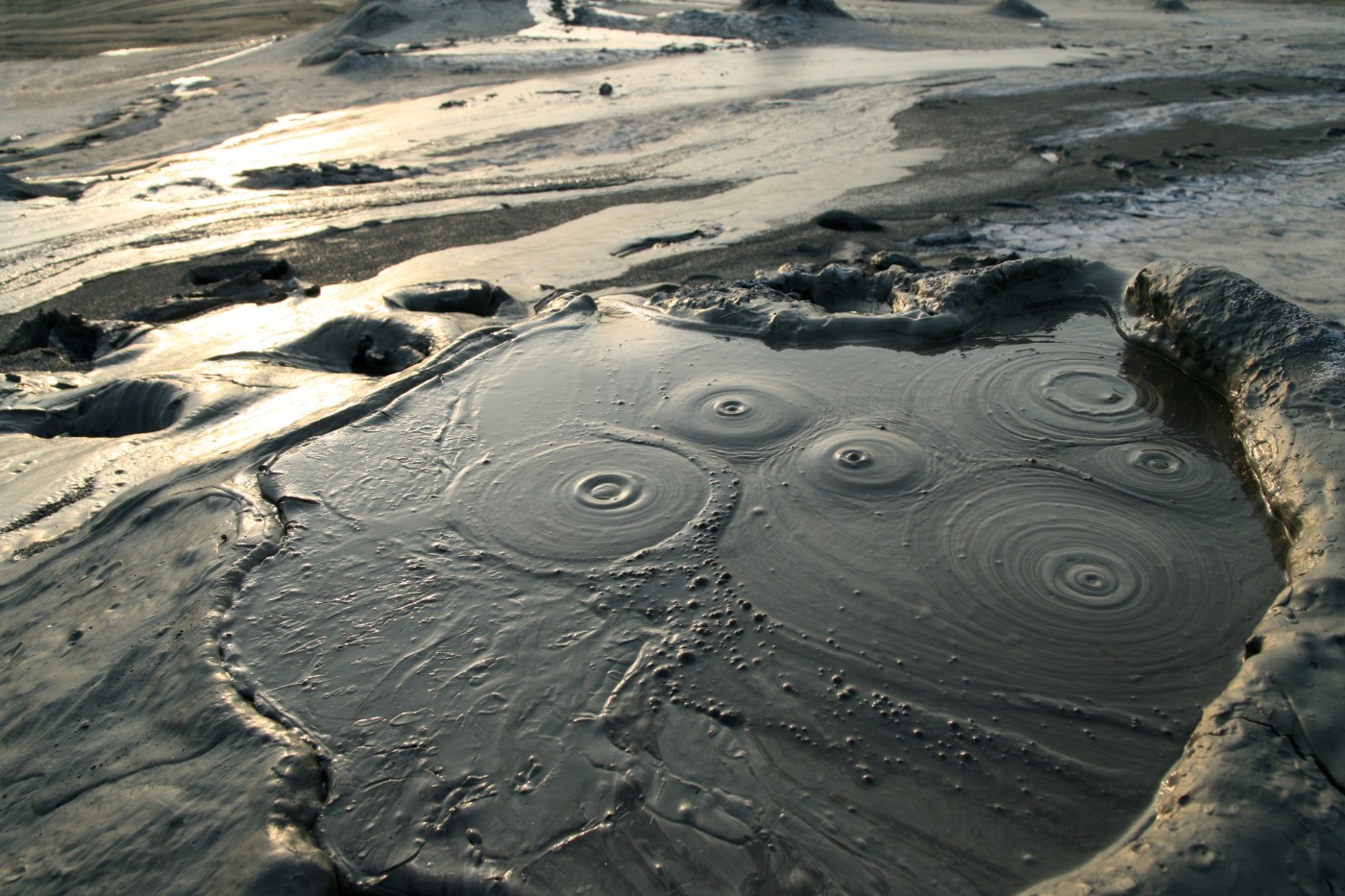 (Wednesday Market Open) It feels like we’re watching a rerun. Lower bond yields early Wednesday appeared to have the stock market under pressure in an episode that’s run over and over this summer.

Focus is firmly on the yield curve, which remains inverted between the two- and 10-year. Meanwhile, the 30-year yield is now well below 2%. None of this necessarily means a recession is around the corner, but it does potentially speak to investor caution as additional tariffs are due to take effect on China over the weekend.

Two-year yields currently trade about five basis points above the 10-year yield. That’s the widest inversion since 2007. This is one of those traditional recession indicators, but there’s no guarantee. Economists don’t forecast falling U.S. gross domestic product growth anytime soon.

Now that yields are down here, the next levels to consider watching down below are 1.9% for the 30-year and 1.35% for the 10-year. We’ll see if they can hold above those key support areas today.

Nerves also seemed rattled overseas after U.K. Prime Minister Boris Johnson said he would schedule the formal reopening of parliament for October 14, CNBC reported. That would restrict parliamentary time before the Brexit deadline and increase the chances of the U.K. leaving the EU with no deal. The British pound is down 1% this morning and stocks across Europe were lower.

In another bit of interesting news, The Wall Street Journal reported that U.S. officials are seeking to block an undersea cable backed by Alphabet (GOOGL), Facebook (FB), and a Chinese partner, in a national-security review that could rewrite the rules of internet connectivity between the U.S. and China. It’s probably worth following this story to see how it plays out, because it’s possible that this plan by the two big FAANG companies might end up being a casualty of the trade war.

Anyone looking for a silver lining might want to check earnings from Tiffany (TIF), which beat third-party consensus estimates for earnings and kept its full-year forecast unchanged. Revenue and same-store sales, however, both fell. The company faces pressure from tariffs and falling numbers of Chinese tourist visits to the U.S. Shares initially rose and then fell in pre-market trading.

After a weird start Tuesday that saw both bonds and stocks on the rise, the relationship got straightened out later on. Stocks took the fall as 10-year yields slipped back under 1.5% for the first time since last week and inverted with the two-year yield.

It wasn’t a major setback for the stock market, with the S&P 500 (SPX) dropping just 0.27% and staying easily within the long-term range and well above the 200-day moving average, which is down near 2800. Generally, the market is still doing pretty well, considering stocks aren’t far from record highs and haven’t shown much sign of testing recent lows. It feels like it’s been a tough month, but stocks are only down 3% overall in August.

What’s a little worrisome here is the continued slow trickle lower in bond yields. It’s unclear what bond investors might be seeking, but maybe there’s a sense that U.S. rates are too high compared with negative rates in Germany. At this point, odds are nearly 100% of a rate cut in September, futures market prices suggest. The bond market at this point is like a spoiled child, and that child wants a rate cut.

If there’s a rate cut, it arguably won’t be because companies need lower borrowing costs. Media reports suggest they don’t, and that most have easy access to capital at rates that are already historically low. So a rate cut at this point would likely be done to boost the economy. It goes back to what Fed Chairman Jerome Powell said about keeping the expansion going.

With bond yields falling, it’s gotten to the point where many stocks now pay dividends higher than the 10-year yield. That could make stocks start looking more attractive with yields at 2% to 3% and an aging population seeking yield somewhere. It even could make the downtrodden Energy sector start to seem a little more attractive in some peoples’ eyes, when you consider many of the companies there pay decent dividends.

Those hungry for yield might continue to buy more ‘safe’ stocks, particularly meaning those stocks that offer an attractive dividend but perhaps have less perceived downside risk in a sell-off. Keep in mind, though, that all investments have risk.

In the meantime, it’s a little unclear where things might go from here. If you’re playing along at home, it might be prudent to keep any trades relatively small for now. There’s still a lot of volatility even if we haven’t really gone anywhere in the stock market over the last month and a half. The Cboe Volatility Index (VIX) remained rose to above 21 early Wednesday. Typically anything at 20 or above is a warning of possible turbulence ahead. We’re never more than a tweet away from trouble these days, as if anyone needs a reminder of that after what happened last Friday.

Bond yields fell despite a good read Tuesday on August consumer confidence from the Conference Board. The headline number of 135.1 easily beat third party consensus estimates, and July’s reading got revised upward. Confidence has been at high levels for months now, and that’s probably reflected in the impressive retail earnings picture.

Speaking of retail and consumers, Costco (COST) shares roared on Tuesday with a 5% gain. A lot of the strength appeared to come from headlines about COST opening a store in Shanghai and seeing lines out the door hours before the doors unlocked. Crowds were so big that the authorities even had to close the street, media reports said. It’s kind of a nice story and shows that the consumer is amazingly healthy, even outside the U.S. However, COST hasn’t always had success going into overseas markets, so we’ll see if the crowds keep coming.

While big-box COST had a good day, small-caps didn’t. The Russell 2000 (RUT) small-cap index did far worse on Tuesday than other major indices, hurt in part by weak Financials and Energy.

Softness in the small-caps can sometimes indicate wider troubles looming, though there’s no guarantee. Financials in particular seem to be under pressure from falling Treasury yields, and big banks weren’t immune. Shares of JP Morgan (JPM), Citigroup (C), and Bank of America (BAC) all fell 1% or more on Tuesday.

Energy remained under pressure Tuesday despite sharp gains in the crude oil market. Some analysts said they’re expecting a drawdown in U.S. crude stocks in today’s weekly report out later this morning, so consider checking that. In the big picture, crude could remain relatively weak due to bigger U.S. exports and trade-related demand pressure, analysts told media outlets.

There’s not much data today, but that picks up Thursday with the second government estimate for Gross Domestic Product (GDP). The consensus estimate is for 2% growth, down from the previous 2.1% estimate, according to Briefing.com. A number like that isn’t likely to have much impact on stocks, but something dramatically lower could cause more worries.

FIGURE 1: WEIRD SISTERS: Looking at this year-to-date-chart of the Dollar Index (candlestick) vs. the 10-year Treasury yield (purple line), you might see a discrepancy. Normally, strong Treasuries would imply a weaker dollar. However, the U.S. is one of the only major economies still delivering solid economic data, and many investors appear to be embracing the greenback. The last time the 10-year yield was in this territory, back in the summer of 2016, $DXY traded well below current levels at between 93 and 95. Data Sources: ICE, Cboe Global Markets. Chart source: the thinkorswim® platform from TD Ameritrade. For illustrative purposes only. Past performance does not guarantee future results.

Stuck in Place: Last August might seem long ago, but not much has changed—at least from a stock market perspective. The S&P 500 Index (SPX) closed at 2869 on Tuesday. A year ago on the same day, it closed at 2896, about 1% above current levels. Even as far back as January 2018, the SPX was right at this level, hitting a high of 2872 that month. Some analysts say the stall has to do with uncertainty surrounding trade issues, but it goes beyond that. You have to also consider earnings. Last quarter, S&P 500 company earnings rose just 1.9% year-over-year, according to S&P Global Market Intelligence.

For the full year of 2019, the same firm predicts earnings growth of 1.2%. At the core, stocks are supposed to reflect earnings potential of the underlying companies, and that’s what they’re doing. If you want to hope for better tidings a year from now, you’d better hope S&P Global Market Intelligence’s prediction for 11% earnings growth in 2020 is close to accurate, but it’s worth noting that a year ago the firm projected 6.6% earnings growth for 2019 and had to pull that back over time. That 11% is far from guaranteed, but it looks nice on paper, and companies will likely have easier comparisons.

Playing Defense: If you look at sector performance over the last year, it’s pretty stacked in favor of the so-called “defensive” areas. Leaders include Real Estate, Utilities, and Consumer Staples, in that order. These are the only sectors in the S&P 500 up double-digits since a year ago, while some of the “cyclicals” in the red over that time period include Energy, Industrials, Materials and Financials. It stands to reason that we’d see defensive plays getting the biggest embrace from investors when you consider that a year ago, the 10-year yield was approaching 3% and now can’t seem to hold on to 1.5%.

All this could put investors today in a difficult spot. Bonds and defensive sectors aren’t exactly cheap, but global economic growth is tepid and the Fed is expected to lower rates again next month. So where do investors go? Some analysts continue to recommend the so-called “safety” of dividend stocks and Treasuries, yet prices there seem elevated. This lack of conviction could be one possible reason why the market is stuck in a tight range.

Not Working for the Weekend: As the latter part of the week approaches, investors might want to be cautious about making any moves, with pre-holiday weekend volume taking hold. A light-volume market could help add extra volatility to any move in either direction between now and Friday. One thing we might see is traders squaring up their positions before going home for the weekend, to try and protect against the impact of any trade news that might hit during those three days. Friday in particular could be a light day, with many people turning out the lights after Thursday and taking an extra day off.