Boeing may still face challenges in its bid to recover from the devastation of the grounding and COVID-19. Earnings could reflect these headwinds. 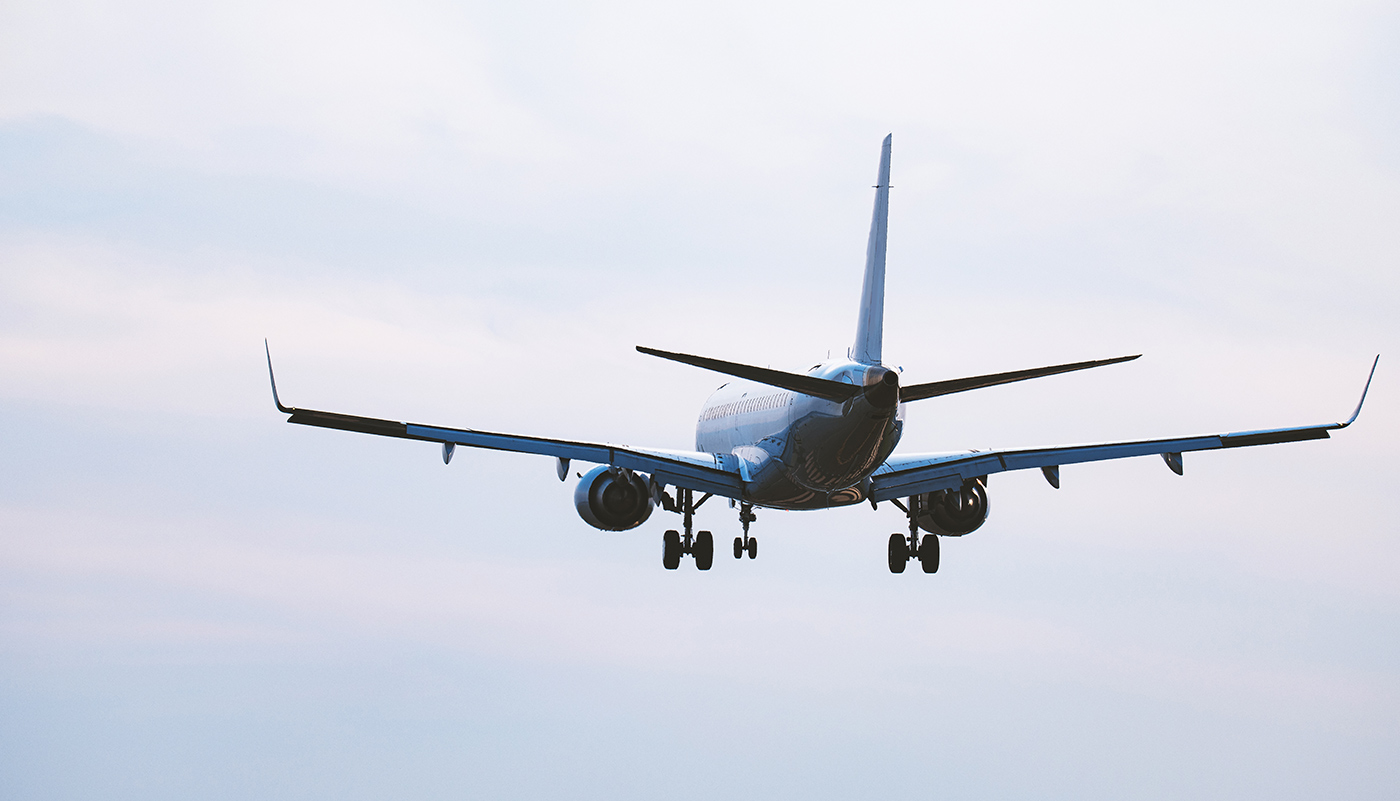 It’s becoming routine. The Boeing 737 MAX is back in daily service, carrying U.S. passengers safely to their destinations for about a month now.

That’s no surprise, considering this aircraft might be among the safest in history with all the scrutiny it’s gone through since being grounded in 2019 following two tragic crashes. What’s also not surprising is that Boeing (BA) still has a long way to go financially to recover from the devastation of the grounding and COVID-19. Earnings Wednesday from BA could reflect the challenges the company continues to face.

BA has been tightening its belt lately with workforce cuts, targeting a 10% trim. The company also said after its last earnings release that its hope to become cash-flow positive by later this year might be delayed into 2022. Investors are likely seeking an update on both the cost-cutting and cash flow sides of the equation tomorrow when BA reports before the opening bell.

Shares of BA got another jolt of nice tidings earlier this month when Canada allowed the MAX to fly again and the European Union said it was close to clearance.

Back home, American Airlines (AAL) began the first U.S. passenger flights of the MAX late last month. Media reports quoted passengers getting off the first commercial flight saying they weren’t nervous about flying on it, and BA had its own executives on the flight. One passenger was quoted in newspapers saying he didn’t even realize it was a MAX he’d just flown on. BA is probably hoping a lot of people feel that way, and we all hope more and more safe flights continue.

One analyst upgraded BA earlier this month, expressing optimism that the company could be past the worst part of the MAX issue and enter a better cash situation over the longer term. Berenberg analyst Andrew Gollan upgraded Boeing from Sell to Hold and raised the price target from $150 to $215, according to content provider Benzinga.

Although the company has more than $60 billion in gross debt due to the MAX crisis and the COVID-19-induced downturn, the stock appears fairly valued, with “sentiment risks balanced between recovery potential and ongoing near-term headwinds and virus uncertainty,” Gollan said in the upgrade note. The worst seems to be in the rearview mirror for the MAX, he added, and he thinks Boeing’s cash generation should “greatly improve from 2022.”

If it were only the MAX that BA had to worry about, maybe its stock wouldn’t still be slumping so much. Unfortunately for BA and the rest of the world, COVID-19 continues to keep air travel down significantly from a year ago, and it’s unclear when the latest wave of the pandemic might start to fade and vaccinations start to pick up.

FIGURE 1: TURBULENCE AHEAD? Hard to say but given air travel is likely to remain low, it’s likely we’ll see BA shares bounce around a bit. Share price of Boeing (BA—candlestick) has struggled to stay above its 50-day moving average (blue line) this year. Data source: NYSE. Chart source: The thinkorswim® platform from TD Ameritrade. For illustrative purposes only. Past performance does not guarantee future results.

Wednesday’s earnings come with BA’s stock down 36% from a year ago and 51% from its all-time peak recorded almost exactly two years ago. While BA’s stock is up about 50% from last April’s post-pandemic low, that’s well behind the S&P 500’s (SPX) 70% climb since then. That’s a sign of the fundamental picture for BA and its airline customers remaining far worse than for most other sectors due to the continued lockdowns. BA needs a thriving airline industry to reach its full potential.

For the airlines, things just aren’t coming back the way industry leaders might have hoped six months ago. Back then, when virus cases retreated across most of the country, there was optimism that airlines could get back toward more normal passenger loads by now. The second wave of cases and lockdowns put those hopes on ice, so to speak, and passenger volume remains weak. As of mid-January, the daily number of people passing through Transportation Safety Administration (TSA) checkpoints averaged only 35% to 40% of year-ago levels. That briefly hit 50% over the holidays, but hasn’t returned to those levels.

BA is expected to report adjusted EPS of $-1.80 per share, vs. earnings of $-2.33 per share in the prior-year quarter, according to third-party consensus analyst estimates. Revenue is projected at $15.07 billion—about 15.90% below the quarterly revenue in the year-ago quarter.

The options market is implying about a 3.2% stock move in either direction around the upcoming earnings release, according to the Market Maker Move™ indicator on the thinkorswim® platform.

“As you know, the COVID-19 impacts on our commercial customers continue to be devastating, and airlines have cut back operations dramatically,” BA CEO Dave Calhoun told investors and analysts on the company’s Q3 earnings call. “Our airline customers and suppliers not only employ millions of workers, they also serve as a connecting and driving force to the entire global economy.”

The airline industry’s struggles are evident in BA’s order and delivery books. Boeing delivered 157 planes last year. That was down from 380 deliveries in 2019, and the lowest in decades. European rival Airbus, meanwhile, finished the year with 566 deliveries. Deliveries are important because BA gets paid when it delivers the planes.

BA logged gross orders for 184 aircraft in 2020. On the plus side, those orders included more than 80 MAX planes in December. Customers canceled orders for more than 650 planes last year, and BA removed more than 1,000 planes from its backlog—taking into account orders it didn’t think would be fulfilled.

That reflects how much the aviation industry suffered in 2020 as international passenger traffic fell 60%, bringing air travel totals back to 2003 levels, according to the International Civil Aviation Organization (ICAO). Seat capacity fell 50% last year, and just 1.8 billion passengers took to the air during the first year of the pandemic, compared to 4.5 billion in 2019.

The pandemic cost airlines about $370 billion in 2020, the ICAO said, along with losses of $115 billion for airports and $13 billion for air navigation services providers.

That’s  the current landscape, but it’s 2021 now and there’s hope on the horizon. Vaccinations are slowly getting traction, air travel in the U.S. remains light but way above levels of last spring, and Delta’s (DAL) CEO said earlier this month that he’s optimistic this can be a “year of recovery.”

Will the Government Fly in to Rescue?

Any recovery will certainly get some government help. The latest U.S. stimulus passed in December included $15 billion in payroll protection for U.S. airlines. Congress will now be considering more stimulus proposed by President Biden, and some Washington watchers think the nearly $2 trillion package has a decent chance of passing now that Democrats control Congress. That said, there could be pushback from both parties on how much of that goes to airlines and aircraft makers, considering how often the industry has looked to Washington for help over the years.

BA probably isn’t counting on D.C. coming to its rescue. It’s focused on cost cutting—part of which means reducing its workforce to 130,000—an initiative investors should get an update on tomorrow. BA also might update investors on other key projects including improving sanitation on its aircraft to protect passengers and crew from virus transmission and getting better at meeting regulators’ “tougher standards,” as Calhoun called them last time out.

Don’t forget that BA also has a defense segment, which in Q3 secured an important contract for eight F-15EX advanced fighter jets for the U.S. Air Force. Also in that quarter, BA’s T-7A Red Hawk advanced trainer earned the first eSeries designator from the U.S. Air Force, given to an aircraft that is designed, engineered, built, and tested along a digital thread. However, the Democratic takeover of the White House and Congress has helped put some of the defense sector stocks under pressure the last few months.

“Overall, the defense and space market remains significant and relatively stable, and we continue to see solid, global demand for our major programs,” Calhoun said on the last earnings call. “Nonetheless, the scale of government spending on COVID-19 response has the potential to add pressure on global defense spending in the future.”

From a financial perspective, one thing BA has in its favor—especially as 2021 continues—is that the company will be lapping some of its worst 2020 quarters, potentially making comparisons look decent assuming it doesn’t run into any new hiccups. Still, investors need to keep things in perspective and realize that any really positive-looking numbers are coming off a pretty weak base of comparison.