Boeing earnings approach after the company had its best quarter for deliveries since 2019. But the aerospace giant faces a new 737 Max issue that could raise new questions. 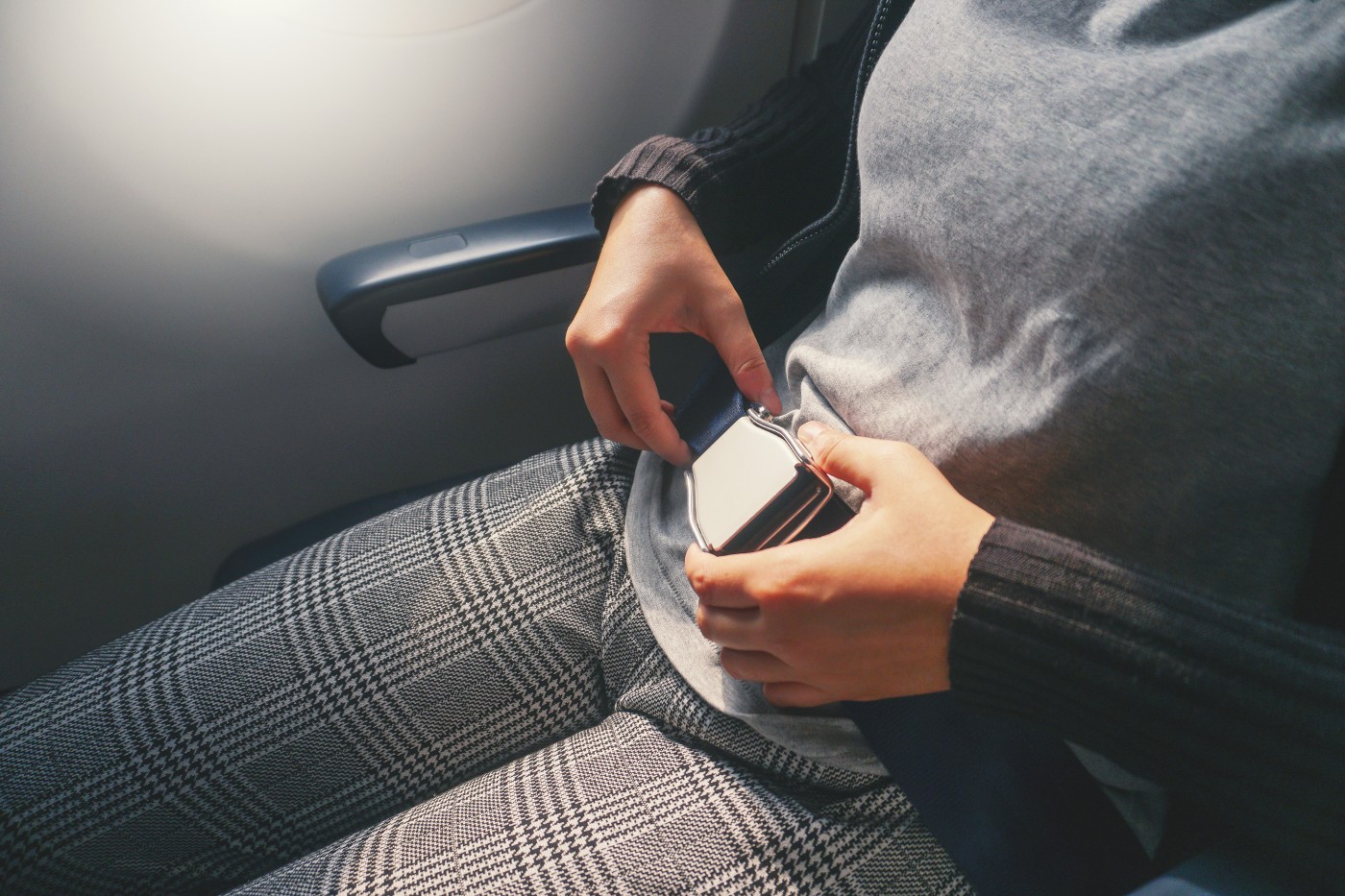 Approaching Q1 earnings a year ago, Boeing (BA) investors would have probably loved to hear that by this time, the 737 Max would be back in the air, airlines would be ordering more of that particular plane, and daily U.S. passenger numbers would be around 10 times their deepest Covid-related depths.

They probably would also have been pretty happy about a stock price near $250, up from lows near $150 going into Q1 2020 earnings. Shares are up around 66% over the last year, outpacing the S&P 500 Index’s (SPX) 45% year-over-year climb (see chart below). The stock benefited from being grouped with the “reopening” trade that’s been in favor with many investors pretty much since vaccinations began last December. Analysts see earnings per share for BA in the red for Q1, but making progress from deeper Q1 losses a year ago.

Despite that list of victories, BA’s shares have been in a holding pattern recently, dogged in part by the continued slow recovery in air travel and also by another problem of BA’s own making: An electrical issue affecting dozens of 737 Max planes that caused a shutdown of those airliners a few weeks ago. Keep in mind that the company depends a lot on the success of the 737 Max to drive future growth.

BA’s earnings call on Wednesday, April 28 could be a chance for investors to regroup after a whirlwind quarter for the company and get some additional insight into the new Max issue, how many planes it affects, and how long this pause in service for some of the Max fleet might last. You can be pretty sure this is the last sort of thing BA wanted to focus on now as it tries hard to put the long-term grounding of the entire Max fleet that ended in December squarely in the past.

FIGURE 1: RALLY KILLER. Shares of Boeing (BA-candlestick) are still outpacing the S&P 500 Index (SPX—purple line) year to date, but have lost some luster the last few weeks since the new issue with the 737 MAX surfaced. Data source: NYSE, S&P Dow Jones Indices. Chart source: The thinkorswim® platform. For illustrative purposes only. Past performance does not guarantee future results.

Last time out, BA’s executives sounded cautiously optimistic about what 2021 would bring. They forecast “improved” revenue from 2020 driven by higher 737 and 787 deliveries. On the profit and loss (P&L) side, they expected improvement primarily driven by higher commercial deliveries, absence of 2020 charges, and improved performance and benefits from BA’s “business transformation efforts.”

They also said they expected 787 deliveries to resume in Q1, while forecasting a late- 2023 debut of the new widebody 777X.

Looking ahead to Q1 earnings, investors might want to focus on whether BA can stick to its forecast for improved 2021 revenue considering its new challenge with the 737 Max. They may also look for any insight on how long CEO David Calhoun might remain in his position, as he will reach the mandatory retirement age of 65 next year. He said last year, “The board can have me as long as they want me,” The Wall Street Journal reported. Calhoun took over during the Max crisis.

Beyond the MAX, BA achieved its Q1 goal of providing deliveries of its 787 “Dreamliner” by late March. The two 787s delivered that month were the first since last fall, as BA had dealt with a five-month inspection of the plane’s deck windows.

It’s like a game of “whack-a-mole” for BA, however, because right around the time it got back to delivering more 787s, it had to tell 16 of its customers about the electrical problem with the 737 Max. It’s still unclear exactly how many of the planes are affected. Basically, BA is asking airlines to ground these planes until they’ve checked a component of the electrical system.

BA is expected to report adjusted EPS of $-1.04 per share, vs. earnings of $-1.70 per share in the prior-year quarter, according to third-party consensus analyst estimates. Revenue is projected at $15.41 billion—about 8.9% below the quarterly revenue in the year-ago quarter.

Options traders are pricing in about a 2.5% stock move in either direction around the upcoming earnings release.

Looking at the April 30 weekly expiration, activity in put options has been spread out, but with some concentration at the 230 and 235 strikes. Calls have been most active at the 250 strike. Implied volatility is near its lowest point over the past 52 weeks—in the low single-digit percentiles—as of Wednesday morning.

The issue apparently involves a backup to the main power system that powers all of the aircraft’s electrical parts, CNN reported. The system is roughly analogous to the circuit breaker panel in a house.

A Jefferies analyst quoted by MarketWatch said in a note that the issue seems to be “well understood” and timing would depend on the availability of technicians and equipment. She called it “a modest disruption.” However, she noted the 737 Max is under a special spotlight considering its history. Other analysts also said the problem doesn’t look severe.

Fear Not? Passenger Demand and the Max

BA resumed flights of the 737 Max back in December and had been encouraged by how things were going. Although many passengers were expected to be nervous stepping back on the planes after two fatal accidents, apparently demand for seats on the flights wasn’t a major issue in early 2021.

That was then; this is now. Could the new electrical issue give passengers second thoughts about boarding a 737 Max? That’s something that can’t really be answered for the moment, though BA executives may get asked about it on the call.

The Three-Tiered Return to Normal

Another thing that’s impossible to answer is when will air travel get back to normal. In the January earnings call, BA executives cited air passenger traffic being about 41% of 2019 levels in November 2020. The gap is still there, though it’s narrowing, judging from Transportation Safety Administration (TSA) data. For instance, some recent days in April saw passenger loads reach more than 50% of their levels on the same dates in 2019, but other days were as low as 47%.

In its last conference call, BA said it expects a three-tiered return to normal, but not one that’s going to progress incredibly fast.

“We expect it will take around three years for travel to return to the 2019 levels and a few years beyond that to return to our long-term growth trends.” Calhoun said in January. “Again, we see the recovery in three phases. First, we’re seeing domestic traffic improving in places like Brazil, the United States, India, and other large domestic markets. Next, regional markets should begin to recover such as intra-Asia, intra-Europe, and intra-Americas flights.

“And then finally, long-haul international routes, which require the most coordination, will be the last to bounce back. Therefore, demand for narrow-body aircraft is expected to recover quite a bit faster, while wide-body demand will remain challenged for a longer period.”

However, some airline analysts wonder if wide-body demand might recover more quickly thanks to airlines being under pressure to spread passengers out on planes for social distancing. If that’s the case, it would probably be a boost for 787 demand.

One problem now with BA’s three-tier forecast is what’s happening in India and Brazil, two countries where Covid cases have spiralled higher since BA last reported. It could be interesting to see if that affects BA’s forecasts for recovery of domestic traffic in those regions.

Q1 Was Best Quarter for BA Deliveries Since 2019

In March, BA took new orders for 185 of its 737 Max planes, including a 100-jet order from Southwest (LUV)—the biggest since the plane’s grounding. But BA also still has airlines canceling orders for the plane, with 156 cancelled orders in the month. BA also delivered 19 737 Max planes in March, three military versions of the 737, and seven widebody jets, including two of the 787 Dreamliners to United Airlines (UAL).

The 29 planes delivered in March brought Q1 deliveries to 77—BA’s best quarter since 2019. The deliveries are important because BA gets most of its cash from a sale at the time the plane is delivered.

Despite the better deliveries, analysts still expect revenue for BA to be down about 8.9% in Q1 from a year earlier.