FDA approval of Biogen’s Alzheimer’s drug plus COVID-19 vaccines and gene editing put biotech investing back in the spotlight. But it’s still a long game for investors. 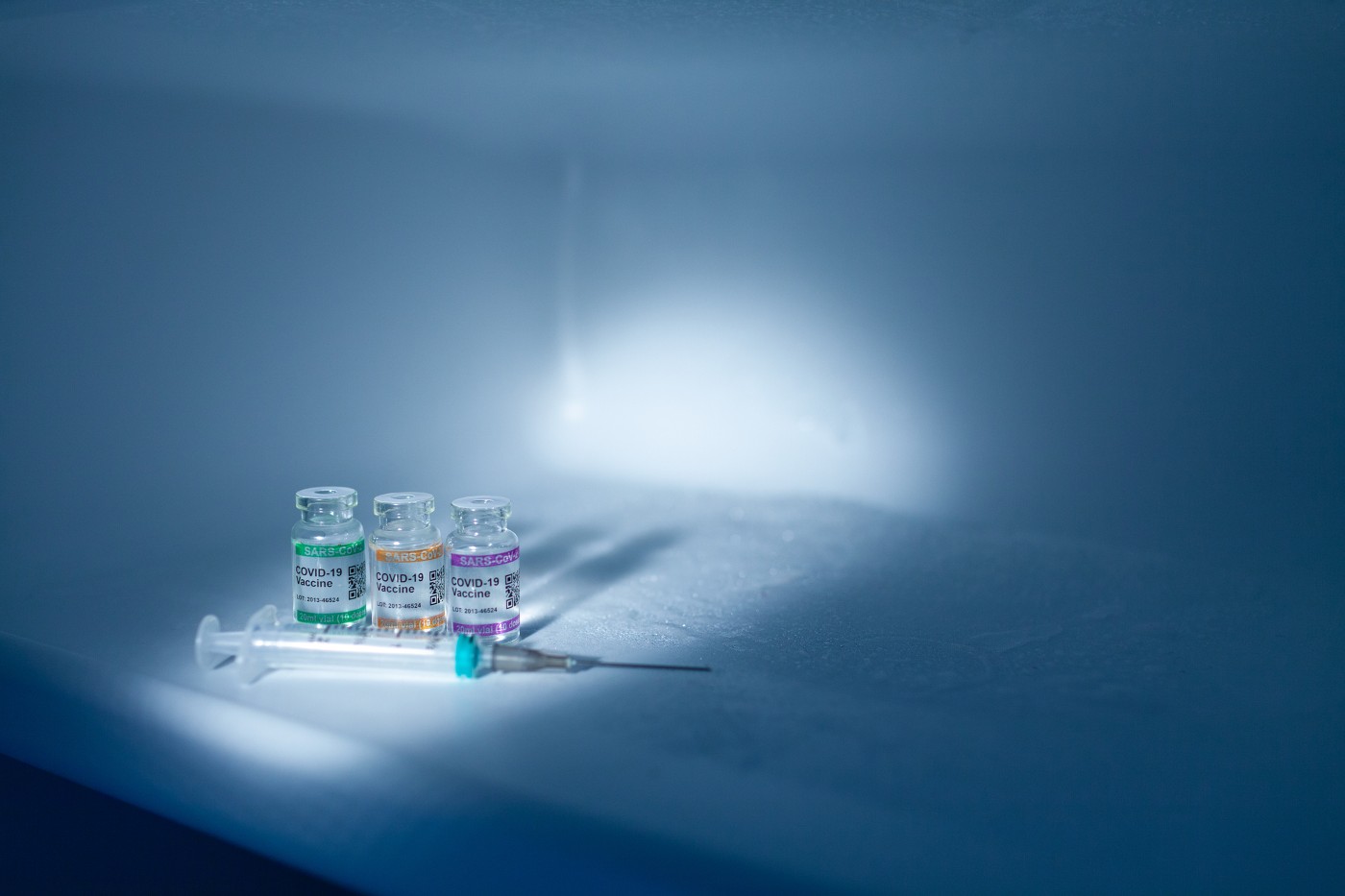 For most of the past year, just a handful of companies carried the biotech sector, thanks to their quick responses to the COVID-19 pandemic.

Then last month Biogen (BIIB) and Eli Lilly (LLY) both got positive news from the U.S. Food and Drug Administration (FDA) on their Alzheimer’s treatments, lifting shares of both companies.

Despite the lift from COVID-19 and Alzheimer’s, biotech still lags the broader S&P 500 Index (SPX) since the pandemic began, and really lost ground versus the SPX starting this spring as many investors turned away from so-called “growth” areas to focus more on “cyclical” sectors like Energy and Industrials. Lately, however, biotech has regained some momentum, with key new approvals and a hot initial public offering (IPO) market getting some investors more enthusiastic.

Although vaccine makers got most of the attention, the focus could turn toward other therapeutic areas and companies in the coming months after a recent regulatory win pointed to a potentially more friendly approval environment from the FDA. Some major biotech trends include vaccines (other than ones for the coronavirus), gene editing, cancer, and rare diseases.

FIGURE 1: STILL OUTPACED. Despite the strong performance of vaccine makers, the Nasdaq Biotech Index (NBI—candlestick) trailed the S&P 500 Index (SPX—purple line) between when the pandemic began in March 2020 and the end of June 2021. Data sources: Nasdaq, S&P Dow Jones Indices. Chart source: The thinkorswim® platform. For illustrative purposes only. Past performance does not guarantee future results.

Why Invest in Biotech? Outlining the Risks

Before discussing trends, consider what draws investors to biotech in the first place. If you think it’s a good way to make quick cash, that’s definitely a myth. It typically takes years to develop biotech drugs, and many of them fail even at the late stages. When this happens, shares of the companies working on them—some of which have no other products—can drop like a rock.

“The main thing is to diversify,” said Kevin Huang, senior equity research analyst at CFRA. “Even things that seem certain don’t always pan out. Having your bets spread across many biotech companies is a good safeguard.”

What makes biotech investing exciting is when you hold shares of a company for a long time and watch it steadily make progress. At times like these, FDA approval and sometimes acquisitions by larger medical companies can make the long wait worthwhile, though there’s no guarantee of any success investing in biotech.

Biotech is really a sector for patient investors who are willing to do their homework in a therapy area, read key medical papers, and follow clinical studies. If you like science, biotech investing can be quite rewarding intellectually, even if the financial rewards don’t always follow.

Trials and Tribulations (and Triumphs)

Investors who jump into biotech stocks based on positive clinical trial headlines risk losing their money if larger later-stage trials don’t pan out, or sometimes even if they do.

For instance, take biotech firm Acadia Pharmaceuticals (ACAD). This company’s stock dived about 50% in one day back in March when it ran into trouble with the FDA. ACAD’s drug Nuplazid, already approved and on the market to treat Parkinson’s disease psychosis, was awaiting the FDA’s label review for use in dementia-related psychosis. Trial data had been impressive, according to analysts.

Instead of an OK on the label that would’ve been a major step toward approval of the new indication, ACAD received a letter from the FDA that “identified deficiencies that preclude discussion of labeling and post-marketing requirements/commitments at this time.” It’s unclear where this goes now, but the stock, whose 52-week high is above $58, now trades near $24. The bad FDA news basically cut ACAD’s market cap in half overnight.

That goes to show you how quickly fortunes can change for people who invest in biotech. If you do venture in, you can almost count on having some losers in your portfolio over the long run. The key is to identify some winners early on. For instance, ACAD shares had traded below $2 about 10 years ago before going through late-stage trials and getting approval for Nuplazid, now a product with more than $400 million in annual sales. So, sometimes the same stock can be your biotech winner and loser if you stick around long enough.

Alzheimer’s Approval Could Have Broader Impact on Biotech

After sleepwalking through spring, biotech stocks got a loud wakeup call last month when the FDA approved Biogen’s (BIIB) Aduhelm for Alzheimer’s disease. Though any approval of treatment for this brutal illness is reason to celebrate, the way the FDA went about it might be one reason many investors are more excited about the biotech sector.

The approval was controversial in scientific circles because the FDA “went against strong advice” from its panel of outside experts in giving the go-ahead, Huang explained. Several of those experts quit after the approval, saying trials hadn’t proven the drug works.

As background, two of the FDA’s key thresholds for drug approval are safety and efficacy. Data from clinical trials must show not just that a drug is safe to use, but also that it really works. Going into the Aduhelm decision, there was mixed data on the drug’s efficacy, with two studies in direct conflict. The outside experts advised rejection.

But the FDA stated Aduhelm “consistently and very convincingly reduced the level of amyloid plaques in the brain” in both studies. A reduction in those plaques is “reasonably likely to predict important benefits to patients,” the agency added.

A Changing FDA Could Benefit Biotechs

“Reasonably likely to predict” isn’t the same as “effective,” so maybe the FDA is changing its approach here—though it will require BIIB to conduct post-approval studies to show clinical benefit. The other change from normal protocol was the FDA overruling its advisory committee.

If the FDA approves more drugs based on evidence they work in ways that theoretically could help patients but haven’t been proven to yet, that’s very encouraging news for biotech. Knowing the FDA might consider loosening the regulatory strings even a little could conceivably mean more companies sticking with development, possibly resulting in more revenue down the road to make up for the high costs of research and development. Those costs and the low rate of approval have always been prickly pears for investors considering biotech.

Several weeks after BIIB’s Alzheimer’s drug approval, the FDA granted “breakthrough therapy” designation for donanemab, Eli Lilly’s investigational antibody therapy for Alzheimer’s disease. Considering the FDA hadn’t approved an Alzheimer’s disease drug since 2003, this move and the BIIB approval appear very meaningful for the sector and could accelerate even more research into this condition.

“We’ll see much more competition in this space over the next decade ... especially if the FDA keeps a low bar for approval,” Huang said.

Biotech IPOs Start to Perk up

Around the time of the BIIB approval, there was a flurry of activity in biotech IPOs, another possible sign of growing interest in the sector. Of the 16 companies that listed their shares one week in mid-June, 10 were in the biotech space or provide tools to biotechs, according to Barron’s. One was Alzamend Neuro (ALZN), which develops products to treat neurodegenerative diseases and psychiatric disorders. Its stock soared 170% during its debut, though it fell soon after.

So far this year through mid-June, 38 biotech IPOs had raised $7.5 billion, according to Dealogic. By comparison, 22 biotech IPOs collected $8.2 billion for the first two quarters of 2020.

The success of MRNA, which went public more than two years ago, helped draw interest to the space, according to Matt Kennedy, senior IPO market strategist at Renaissance Capital. “Moderna is definitely an exemplary biotech,” Kennedy told Barron’s. “When biotech investors see high returns, this leads to more biotech investments.” MRNA is now working on flu and HIV vaccines.

One biotech IPO earlier this year wasn’t even a traditional medical biotech. On April 21, Zymergen (ZY) took in $500 million in an IPO. The company uses what it calls “biofacturing” with microorganisms to make consumer, electronic, and agriculture products.

Sometimes it’s less about specific therapy areas with biotech and more about new technology that can cross into various medical fields.

NTLA’s experimental treatment repairs an errant gene that causes transthyretin amyloidosis, or ATTR: a buildup of a misfolded protein in the nerves and heart that’s often fatal.

Also, CRSP and VRTX are partnered in an effort on sickle cell anemia, a disease without many treatment choices.

Another key area over the years for biotech is treatment for rare diseases. The government offers a decent amount of incentives for companies working on rare diseases, including exclusivity on marketing. Drugs in this area can also carry a high price tag, especially for very debilitating diseases.

One company working on rare diseases is BioMarin (BMRN), which is seeking regulatory approval for a drug to treat Achondroplasia, a common form of dwarfism. The company recently announced a positive recommendation from European Medicines Agency’s Committee for Medicinal Products for Human Use (CHMP) for its investigational, once-daily injection, vosoritide.

Cancer is far from a rare disease, unfortunately, and many biotechs are working on treatments. Biotech firms working on cancer are pursuing targeted therapies focused on specific genes. Much of this progress has to do with advancements in DNA sequencing that make it easier to develop treatments more quickly than before. One area that’s seen a lot of benefit is breast cancer. Combination therapies for cancer (two drugs combined) is another area where there’s been progress.

Some biotech companies in the cancer realm include Seagen (SGEN), Amgen (AMGN), and Gilead (GILD). Gilead is building up its cancer presence after making a reputation with drugs for treatment of HIV, hepatitis B, hepatitis C, and influenza.