Big Tech week is ending on a sour note as Apple may be feeling the supply chain issues other companies like Amazon have reported. 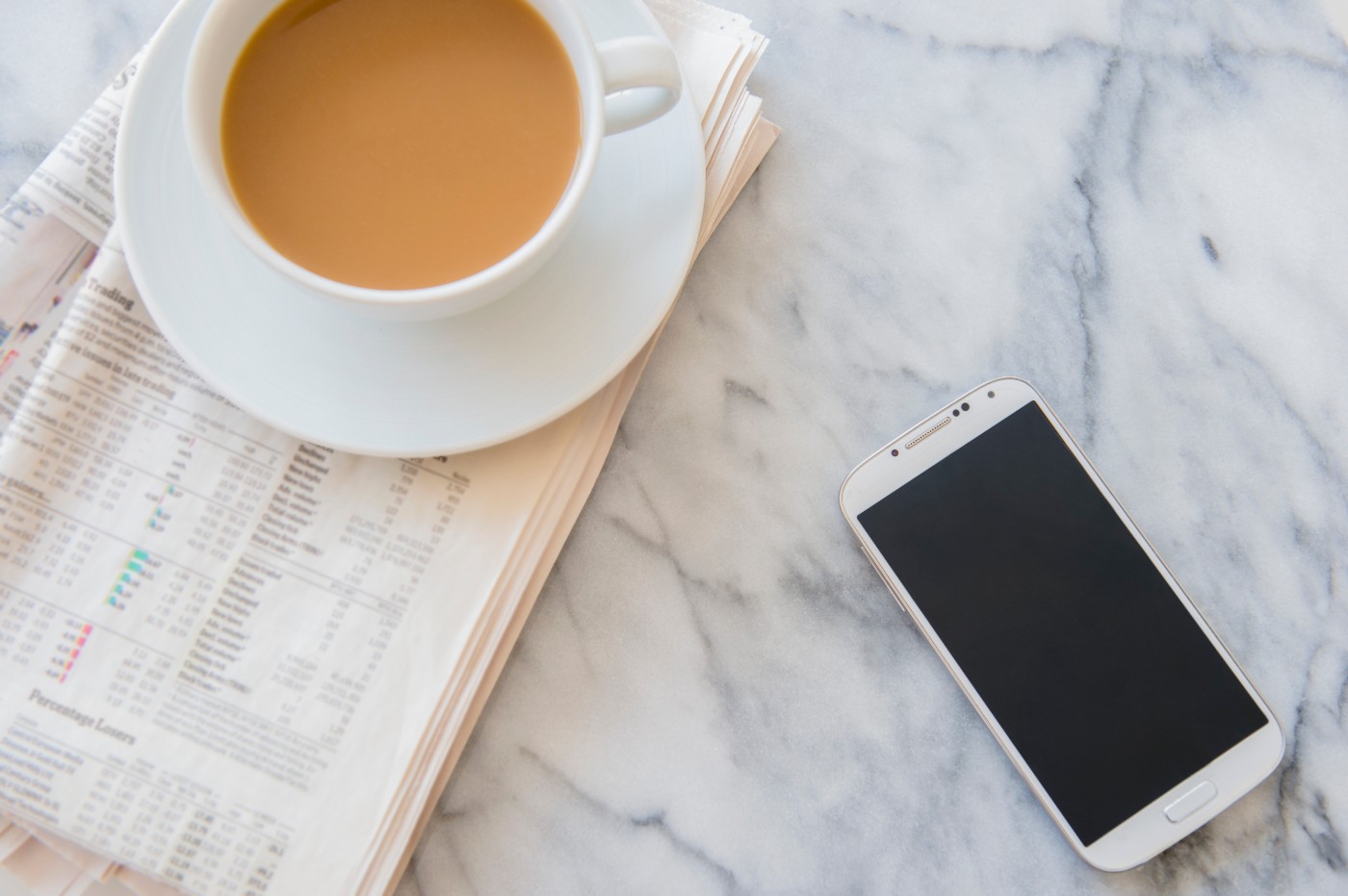 (Friday Market Open) Equity index futures were down before the opening bell as Thursday’s stock shopping spree appears to have sputtered. Momentum hit a wall after the close on Thursday when Apple (AAPL) management expressed concern about supply chain issues cutting into profits and Amazon (AMZN) missed earnings estimates.

Apple (AAPL) may need to change its name to “Old Reliable” because it consistently beats earnings estimates and did so once again after yesterday’s close. The company saw better-than-expected sales on iPhones, Macs, and iPads. Then it raised its dividend. Apple has been able to maintain smooth production in China despite ongoing pandemic lockdowns, but there do appear to be a few cracks in the dam. During its postmarket conference call, AAPL cited concerns over supply chain issues that could cut into profits. Those comments prompted AAPL to fall 3.76% in extended-hours trading.

On the other end of the spectrum, Amazon (AMZN) reported misses on revenues and earnings and reduced its sales forecasts for the quarter. The company said it saw a $1.8 billion sales reduction due to the strong U.S. dollar and pointed to the ongoing global pandemic and continuing Russia-Ukraine war as challenges. AMZN dropped 11.55% in after-hours trading.

Intel (INTC) reported lower computer chip sales despite the company beating on top- and bottom-line numbers and lowered its forward guidance. The news caused the stock to fall 3.69% after the closing bell. Noting its semiconductor sales were down, INTC said it believes the chip shortage will extend into 2023. The PHLX Semiconductor Index (SOX) rallied on Thursday but is still trading below its March lows.

From Big Tech to Big Oil, Exxon Mobil (XOM) and Chevron (CVX) both reported better-than-expected revenues but missing on earnings. Exxon was hurt by projects in Russia it had to abandon after the Russia-Ukraine began, and though Chevron has little direct exposure to Russia, it’s been hurt by secondary impacts from the conflict. Additionally, both companies said they are dealing with higher shipping costs and insurance premiums. Both stocks were down more than 1% in premarket trading.

Biotech company AbbVie (ABBV) reported that it topped earnings estimates but missed on revenues due to competition from rival European companies grabbing market share from its mega-drug Humira in the rheumatoid arthritis market. AbbVie also lowered its earnings forecast as European rivals are set to move into the U.S. market next year. ABBV fell more than 4% before the opening bell.

The industrial conglomerate Honeywell (HON) is standing out among Friday’s mixed results in that it soundly beat top and bottom line numbers and raised its full-year earnings guidance. The company reported gains in its aerospace and building business but saw sales decline in its productivity solutions business. HON was up more than 2% in premarket trading.

The S&P 500 (SPX) appears to be building a range between the 4,150 and 4,300 levels heading into next week’s Fed meeting. So far, 265 companies inf the S&P 500 have announced earnings. Among those, 66% have surprised on revenue but 81% have surprised on earnings, meaning management is finding ways to do more with less. With that said, financials have had a poor showing with more misses than beats on revenues.

The U.S. Dollar Index ($DXY) is finally showing some weakness after a strong six-day rally. The greenback appears to be pulling back on Friday as some European countries report slightly better economic numbers. The dollar will likely start retreating when the European economy is strong enough that the European Central Bank can start raising rates.

Investors shrugged off negative growth in the economy during the first quarter and focused on a slew of positive earnings announcements instead. The nation’s income as measured by gross domestic product (GDP) dropped in the first quarter by 1.4% due to low consumption and fewer exports in a weaker global economy. However, many analysts said they felt the GDP drop largely reflected lingering issues from the COVID-19 pandemic, and most of those problems are likely behind us.

Additionally, many businesses have low inventories and will need to up production to replenish. It’s a balancing act as this could also mean higher demand for raw materials and other inputs that could likely boost inflation. So, it’s unlikely the drop in GDP will change any plans the Fed has for raising rates next week.

Therefore, investors were free to focus on the positive earnings reports that flooded the news wires. Earnings announcements were headlined by Meta (FB), PayPal (PYPL), MasterCard (MA), Eli Lilly (LLY), Merck (MRK), and others. The rally was widespread as advancers outpaced decliners on the NYSE by 4-to-1. The Nasdaq Composite ($COMP) led the major indexes, rising 3.06% as the S&P 500 (SPX) gained 2.47%, and the Dow Jones Industrial Average ($DJI) advanced 1.85%.

Each major index had been sitting near support, and the rallies provided a bit of a bounce. However, the Russell 2000 (RUT), which broke support on Tuesday, was unable to regain its previous day’s levels despite rising 1.8%. And, while the Cboe Market Volatility Index (VIX) was lower than the previous two days, it’s still hovering near the 30 level. These signs paint Thursday’s rally as more of a “relief rally” and not necessarily a takeover by the bulls.

Numbing the Pain: When markets turn volatile or start looking bearish, investors often turn to defensive stocks to reduce the impact to their portfolios. Defensive stocks are basically companies that provide goods and services that people need no matter what the economy is doing. So, these circumstances generally smile on health care, consumer staples, and utilities.

Health care started exhibiting strength in December, and while it has been volatile, it has been less volatile than the S&P 500 (SPX), which is often what investors are looking for. In fact, in a bear market, defensive stocks often decline as well; they just tend not to drop as much as other stocks. So, while they may not be a panacea, they can help numb the pain a little.

About Your Quarantine 15: If you’re feeling a little paunchier (not to mention punchier) after two years of the pandemic, you’re not alone. A study earlier this month in the Journal of Preventative Medicine tracking 3.5 million adults aged 20 or older showed that obesity was 3% more prevalent during the beginning of March 2020 compared with the 2019 to pre-pandemic 2020 period. It’s why yesterday’s phase 3 obesity trial news about Eli Lilly’s (LLY) tirzepatide won attention early in the session. Initial clinical studies showed success in helping diabetics lose weight, and the latest data indicates now it could do something for the rest of us. Could a post-pandemic health push be accelerating?

Eli Lilly had an eventful day, rallying 4.27% on a better-than-expected earnings report and the news about its weight loss treatment. The company saw sales grow faster than expected, which led to the 63% earnings increase. The company’s portfolio of drugs produced mixed performances while the Indianapolis-based drug giant increased its sales outlook but cut profit expectations.

House Calls: Teledoc’s (TDOC) results yesterday sealed a rough quarter that caused the stock price to slide more than 40% on Thursday. But continuing on the post-pandemic health theme, is it worth taking another look at how telemedicine going to evolve?

Patients and hospitals still want it, and federal support for video health visits will likely be extended throughout the year. It’ll also be worth watching to see how Washington continues to support visual visits for COVID-19-decimated rural health care communities that lost even more hospitals and medical professionals during the pandemic. As for TDOC, it slashed its forward guidance as analysts issued further downgrades.

May 6: Employment situation report and earnings from Alibaba (BABA) and Cigna (CI)