Stock index futures soared and Treasury yields tumbled early Thursday after an October inflation report that showed some cooling in prices month over month. The headline and core numbers came in below expections, and core CPI declined from September. 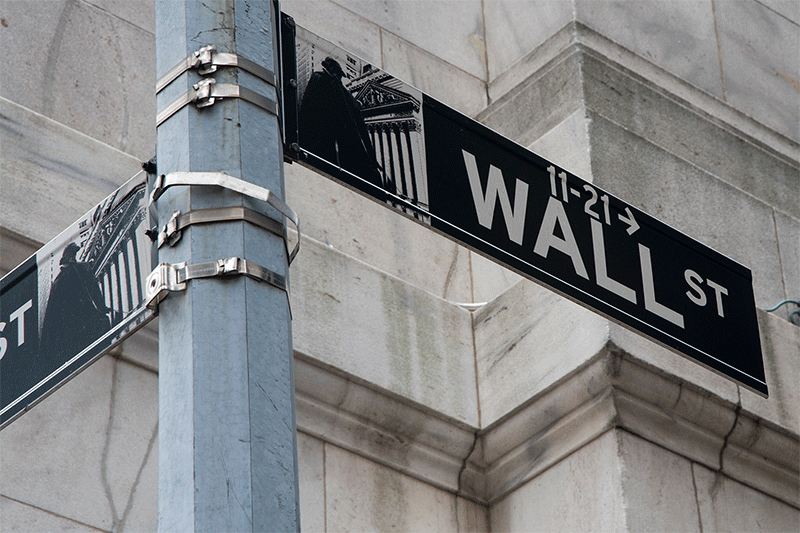 (Thursday Market Open) You could almost hear the sigh of relief this morning as the market digested October’s benign consumer inflation data.

Stocks immediately roared higher and Treasury yields plunged after the Consumer Price Index (CPI) release. It’s hard to remember monthly CPI report ever getting this kind of a reception. But that’s to be expected with numbers like these.

Overall, it was a pretty good report, as you can tell by the market reaction. Stock index futures rose nearly 3% ahead of the opening bell, and the 10-year Treasury yield fell a dramatic 23 basis points all the way down to 3.9%. It had been up around 4.2% a few days ago.

It’s good to see some negative sequential category numbers in the report, and the focus should remain on sequential data in months to come. For the Federal Reserve, this report could show some vindication that its climbing rates are having an impact, though knowing the Fed, it wants to see more than a single report.

Speaking of the Fed, there was an immediate impact on expectations for rate policy for the next Federal Open Market Committee meeting December 13-14.

Even with results still uncertain in Washington, the digital asset story took center stage late yesterday as media reports spread of a collapsing mega-merger between the largest crypto exchanges. Even though most investments aren’t tied to this particularly volatile alternative asset, crypto has a way of cooling most risk-taking appetites when it takes a tumble. Stocks tumbled sharply as investors digested the digital dive and anxiously awaited today’s inflation data.

After an already-tumultuous week for the cryptocurrency industry, Binance announced after the close it was pulling out of a deal struck just yesterday to buy struggling competitor FTX. Binance attributed the decision to due diligence issues and reports “regarding mishandled customer funds and alleged U.S. agency investigations.” The news took both digital currencies and publicly traded companies lower during the session. Near the close, bitcoin slid close to $16,000, a two-year low, while the solana token lost another 40% after finishing down more than 26% on Tuesday.

It’s important to keep this in perspective, however. While the crypto pullback that began yesterday and continued today may have summoned fears of “contagion risk”—meaning an impact on broader markets—any contagion would likely spread only to the riskier parts of the market.

That’s why companies perceived as especially risky, including those related to crypto and even some of the unprofitable “meta” stocks that rallied last year, take it on the chin when risk-off sentiment grows.

Bitcoin rallied early Thursday to $17,400, up 5.5%, but keep an eye on crypto today for any potential impact on the overall market. It did contribute quite a lot to yesterday’s Wall Street sell-off. If crypto starts to sag, it might be interesting to see how the stock market reacts today.

Stock in the Spotlight—Under the Hood at Tesla

You need to go back nearly an entire election cycle—to early 2021—if you want to know the last time Tesla (TSLA) shares traded this low. The electric carmaker’s stock fell below $190 this week and is off more than 55% from its all-time peak posted in January. Competition at home and abroad, worries about CEO Elon Musk’s purchase of Twitter (TWTR), production problems in China, and slower-than-expected deliveries all dog the company.

Those TWTR worries recharged Wednesday on the news that Musk had sold nearly $4 billion in TSLA shares.

Despite the steep sell-off, shares remain about 17 times above their 2019 levels and the forward price-earnings (P/E) ratio is somewhere above 50, historically high for a carmaker. Shares of Ford (F) and General Motors (GM) have P/Es in the 5-6 range, and neither has idled on electric car offerings.

From a technical perspective, things don’t look great either. TSLA recently suffered the breakdown of a “head and shoulders” pattern in the charts, Investor’s Business Daily noted Tuesday, which could signal a bumpier road ahead. Can things get worse? TSLA Q4 delivery results early next year will be eagerly awaited for clues. TSLA production is up 49% year over year through the first three quarters, but deliveries (sales) are up just 40%. That divergence widened in Q3, implying its logistical challenges continue.

CHART OF THE DAY: RISK-AVERSE. Two parts of the market widely associated with “risk-on” sentiment got clipped Wednesday as investors took their foot off the gas. Both the Philadelphia Semiconductor Index (SOX—candlestick) and the Nasdaq Biotech Index (NBI—purple line) saw their rallies pause. Data Sources: Philadephia Stock Exhange, Nasdaq. Chart source: The thinkorswim® platform. For illustrative purposes only. Past performance does not guarantee future results.

Crypto contagion? More like goodbye, TINA. It’s no stretch to say this has been a rough week in the world of crypto. Whether—and how much—the fallout spreads to the traditional world of finance remains to be seen. Sure, some venture capital and private equity investors might take a hit. And if crypto investors need to scramble to raise cash, they might need to sell hard assets, such as stocks, sports cars, and maybe houses. But remember: Crypto isn’t nearly as systemic as the asset crunch that led to the global financial crisis in 2008. Plus, a study last year by the Pew Research Center said only 16% of U.S. adults had ever traded or invested in crypto, and those who did tended to skew toward younger folks with few assets outside crypto.

This week’s crypto shakeout seems to point to a larger trend: The recent rise in interest rates has been a game-changer for borrowers and investors. In a zero-interest world, a company with big dreams but no profits could find access to cheap capital. And with few avenues to grab decent yield in fixed income, the rallying cry became “there is no alternative” (TINA) to some of these risky, unproven investments, including those in the crypto/AI/Web 3.0 metaverse. With Treasury yields firmly above 4%, it’s more like “here is an alternative” (HIAA).

Risk on, Risk off: Yesterday’s sell-off in the wake of the U.S. election and troubles in crypto sent a major “risk-off” signal. This included dramatic losses among stocks exposed to crypto and also a drop in the chip industry, which stumbled Wednesday after climbing Tuesday to the strongest close in a month. The mega-caps also stepped back Wednesday, frequently a sign that investors are ducking away from big bets on stocks. Meanwhile, bond prices crept higher, and the U.S. Dollar Index ($DXY) moved back above 110. When investors seek less exposure to volatile and aggressive parts of the market, they often gravitate toward bonds and the dollar. Within the stock market, utilities, real estate, and health care—all known as “defensive sectors”—led the way Wednesday. It’s only one day, of course, and not a trend. And like a turtle, maybe investors wanted to climb back under their shells as voting totals kept coming in and they awaited Thursday’s inflation data. Still, it could be interesting to see if this trend continues. One benchmark to watch is 3,800 in the SPX, which is an area the market has struggled to hold. Also, keep an eye on more risky parts of the market like chips and biotechs (see chart above) to see if the recent bump there can resume.

Consumer, speak your piece: Thursday’s data calendar put inflation into the spotlight, but Friday morning will bring more insight on how consumers are dealing with higher prices when the University of Michigan’s Preliminary November Sentiment data hits the wire. Surprisingly, consumers have held up relatively well despite all the economy’s slings and arrows this year, according to recent data. Analysts expect tomorrow’s report to show more of the same. The headline figure is expected to be 59.6, according to analyst consensus collected by Briefing.com, just a sliver below October’s 59.9. While the headline number gets, well, the headlines, it’s the inflation expectations data that investors might want to watch. It fell to 5% in October for the year ahead, down from the previous 5.1%. Both bullish investors and the Federal Reserve doubtless want to see this continue declining, because as Fed Chairman Jerome Powell has said, the real concern is that inflation expectations become entrenched. When this happens, it can set up a scary wage-price inflation cycle where one drives the other upward.