Tough Comparisons: Earnings Seen Down for Some Banks Despite Bull Market 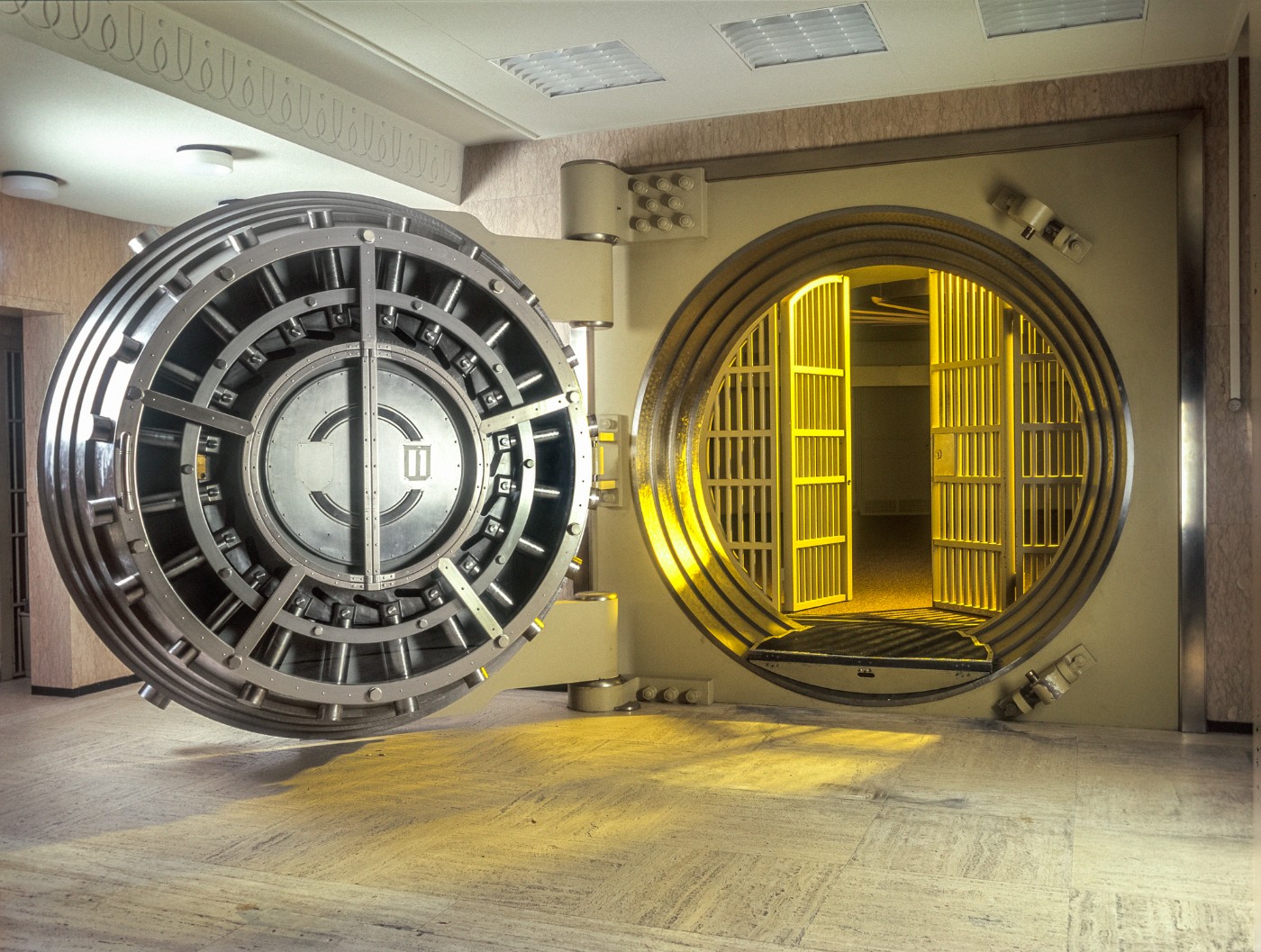 Despite tailwinds from the economy and the Fed, two of the three big banks scheduled to report Q4 earnings tomorrow and Thursday could see profit declines from a year ago, according to analyst estimates.

Earnings from Bank of America (BAC), Goldman Sachs (GS), and Morgan Stanley (MS) are on the way, with BAC and GS reporting tomorrow morning and MS following up on Thursday. Consensus from analysts is for GS and BAC to post year-over-year earnings declines, with MS gaining ground on the bottom line. Analysts expect revenue to rise for MS and GS but to fall for BAC.

One reason the banks might see their profits under pressure is something they can’t help. They’re comparing Q4 results to their results from Q4 2018, back when they were still banking profit from the tax legislation that took effect at the start of 2018. Now they face tough comparisons vs. that period, but earnings throughout 2018 reflected in part a one-time boost.

Remember, too, that these companies are experts at managing expenses. That sometimes helps them do better on the bottom line than analysts expect. We’ll see if that’s the case this time.

Though the estimates may not look all that rosy, these stocks gained lots of ground in 2019, and last time out BAC easily surpassed Wall Street’s quarterly projections thanks in part to solid wealth and investment management net income and strength in consumer banking, too.

MS also beat projections in Q3 thanks partly to its trading and advisory businesses, while GS missed earnings estimates that quarter. Weaker than expected Q3 results from Goldman’s investing and lending and investment banking divisions might have helped lead to the miss, analysts said at the time. With that in mind, investors might want to keep an eye on those GS businesses for any sign of a Q4 rebound.

The entire Financial sector has gained ground over the last few months in part due to strong consumer confidence that has people grabbing their credit cards more often. Falling mortgage rates might also have been a tailwind for some banks recently, helping their consumer businesses. In addition, a strong Q4 market in both stocks and bonds might have helped trading volume for the banks with a big Wall Street presence.

Did IPO Market Slack in Second Half?

One question mark for some of the major investment banks is the initial public offerings (IPO) market. After new offerings swelled to nearly 20-year highs in the first half of 2019, several high-profile disappointments appeared to clip IPO interest in the second half. That could potentially be a drag on profits.

As The Wall Street Journal recently pointed out, in a year that saw the Nasdaq (COMP) jump 35%—its best performance since 2013—most tech companies that went public closed 2019 below their first-day opening prices and at least nine closed below even their IPO prices. These include the largest in the class of so-called unicorns valued privately at more than $1 billion. Shares of Uber (UBER), Lyft (LYFT), and Slack (WORK) ended the year down 40% from their first-day opening prices, on average.

This comes after the number of companies valued at $10 billion or more that went public in the first half of 2019 hit the highest level since the dot-com boom of 2000. Some major IPOs where MS was lead underwriter last year included pet food retailer Chewy (CHWY) and UBER. The company also helped underwrite life sciences and technology firm Avantor’s (AVTR) IPO.

GS served as an underwriter to one of the biggest IPO successes of Q2: Beyond Meat (BYND). That stock peaked near $240 a share in late July, but recently traded at around $84. That’s still well above the IPO price, but as The Wall Street Journal reported, general weakness in the IPO market since the middle of last year reflects the growing reluctance among public investors to accept inflated private market valuations—a sentiment that sharpened after the WeWork IPO flameout, the paper said.

Mergers and acquisitions (M&A) activity—another metric that often helps banks make money—slowed a bit last year. The number of announced global transactions fell 3.7% in 2019, but there was an increase in deals valued at $20 billion or more. United Technologies’ (UTX) $86 billion agreement to buy Raytheon (RTN) was among the biggest. Technology remained the top sector for deals in 2019, followed by Health Care.

On the bank earnings calls tomorrow and Thursday, it might be interesting to hear what executives have to say about IPOs and M&A in the coming year. Many private equity investors think more deals can happen in the first half of 2020 as sellers try to get their deals finished before the presidential election, with merger activity possibly slowing in late summer or fall.

Another concern the banks might face is continued softness in the manufacturing economy and subdued business spending. Some of this is likely due to the extended trade war with China, where a phase one deal is being signed this week. It’s likely bank executives will be asked about the trade war’s impact and whether they expect business spending and investment to pick up now that there’s some signs of progress. Remember, the trade spat isn’t necessarily over. A lot of major issues remain unresolved.

Trade Volume, Volatility Could be Tailwinds

Every earnings season, trading volume comes up as a major issue for the big banks, and this time around is no different. Sometimes, profits in this area can hinge on market volatility and general market health.

Looking back at Q4, a rally that began in early October took major indices up to all-time highs. At the same time, commodities like gold and crude rallied, and so did the bond market. It was an “everybody in” kind of quarter, and that might have helped market volume, perhaps lifting revenue for some of the major banks. Higher volume on the Nasdaq (COMP) was already evident in Q3, but early results from Q4 showed signs of that slowing a bit.

Meanwhile, the yield curve—which had dipped into negative territory back around mid-year and hurt banks’ profitability—steepened pretty dramatically in the second half as the Fed reduced rates and started injecting more liquidity into the short-end of the market (see figure 1 below). A steeper yield curve typically helps bank profits. We’ll find out this week if that helped any of the banks reporting their Q4 results.

FIGURE 1: MIND YOUR 10s AND 2s. A narrow but slightly positive yield curve turned negative for a brief time in 2019, as shown by this chart of the spread between 10-year and 2-year Treasuries. But a dovish turn by the Fed in the latter part of the year pushed the yield curve back into positive territory. Data source: Federal Reserve's FRED database. Chart source: The thinkorswim® platform from TD Ameritrade.  FRED® is a registered trademark of the Federal Reserve Bank of St. Louis. The Federal Reserve Bank of St. Louis does not sponsor or endorse and is not affiliated with TD Ameritrade. For illustrative purposes only.

When Bank of America releases results, it's expected to report adjusted EPS of $0.69 vs. $0.70 in the prior-year quarter, on revenue of $22.35 billion, according to third-party consensus analyst estimates. Revenue is expected to be down 2.2% year-over-year.

Options traders have priced in about a 3% stock move in either direction around the upcoming earnings release, according to the Market Maker Move indicator on the thinkorswim® platform from TD Ameritrade. Implied volatility was at the 14th percentile as of Tuesday morning. Options volume has been heavy overall, with calls active at the 35, 36, and 37 strikes, and put activity at the 32, 33, and 34 strikes.

Goldman Sachs is expected to report adjusted EPS of $5.46 vs. $6.04  in the prior-year quarter, on revenue of $8.5 billion, according to third-party consensus analyst estimates. Revenue is expected to be up 5.2% year-over-year.

Options traders have priced in about a 3.3% stock move in either direction around the coming earnings release, according to the Market Maker Move indicator. Implied volatility was at the 44th percentile as of Tuesday morning.

Put activity for GS has been highest at the 230 strike, while call volume has concentrated at the 250 strike.

Morgan Stanley is expected to report adjusted EPS of $1.00, vs. $0.80 in the prior-year quarter, on revenue of $9.77 billion, according to third-party consensus analyst estimates. Revenue is expected to be up 14.3% year-over-year.

Options traders have priced in about a 3.1% stock move in either direction around the coming earnings release, according to the Market Maker Move indicator. Implied volatility was at the 32nd percentile as of Tuesday morning. Put activity has been highest at the 47 and 50 strikes, while calls have seen a volume concentration at the 55 strike.