Earnings season kicks off today with a quartet of major banks reporting. The results so far point to a mixed picture, with strength at some balanced by weakness at others as we await more color from executives on the calls. 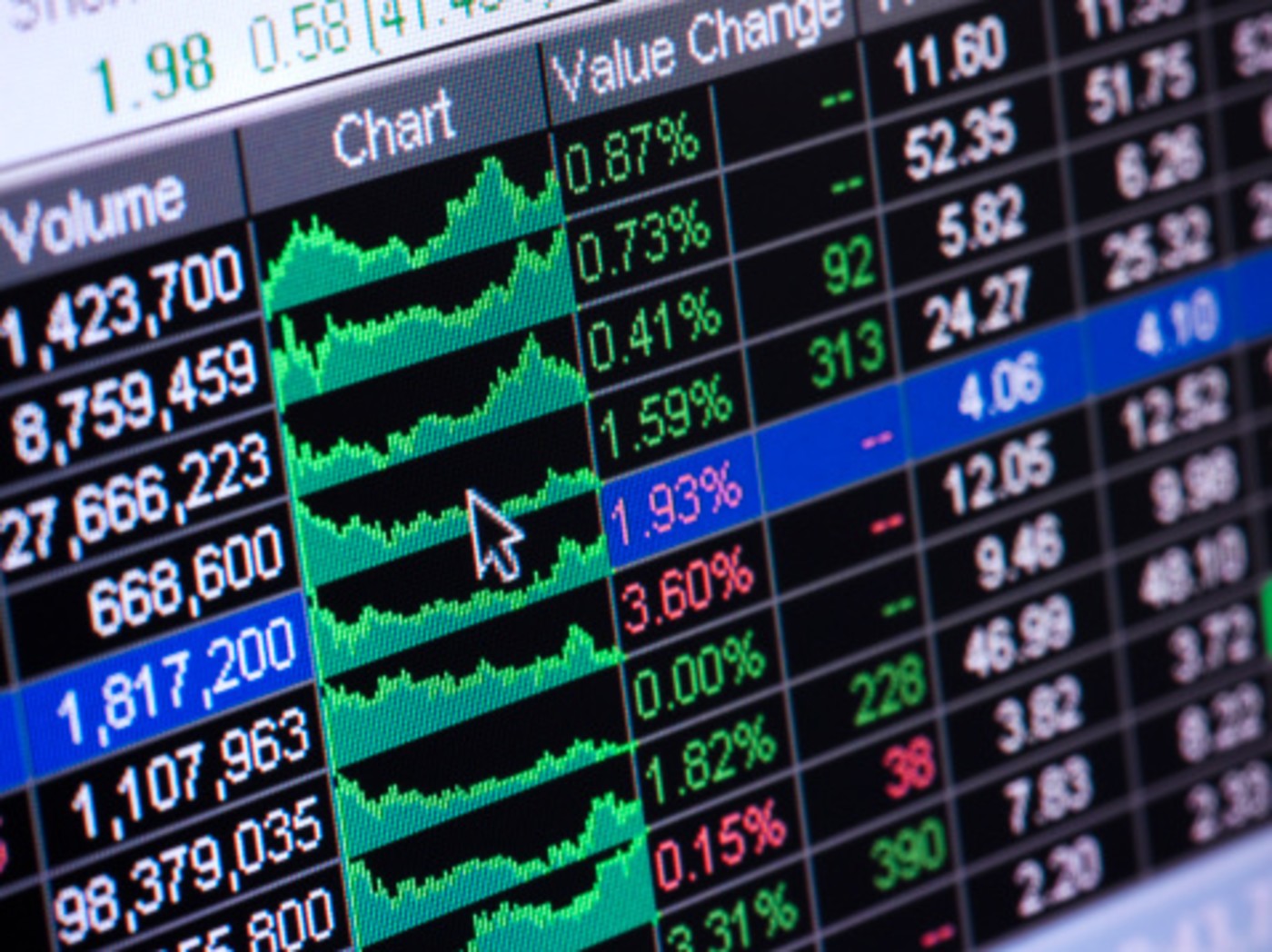 A quartet of the largest U.S. banks reported a mixed set of Q3 earnings results before the opening bell. Strength at JP Morgan Chase (JPM) and Citigroup (C) got balanced by weakness at Goldman Sachs (GS) and a hit and miss from Wells Fargo (WFC).

Before getting to specifics at each company, one thing that stood out about the banks this quarter was confirmation that the consumer is healthy and that people are taking loans. However, as expected, all the banks struggled with net-interest margin, and the uncertainty around tariffs appears to have companies not sure how to spend.

JP Morgan Chase (JPM)  kicked things off in an impressive way by easily surpassing third-party earnings and revenue estimates, driven by strength in its fixed income segment and net-interest income.

JPM CEO Jamie Dimon is sometimes seen as the dean of Financial CEOs, and his words about the economy have a close following in the markets. Today, he again cited the strong consumer, but also sounded slightly cautious about the economy in general.

"In the U.S. economy, GDP growth has slowed slightly,” Dimon said. “The consumer remains healthy with growth in wages and spending, combined with strong balance sheets and low unemployment levels. This is being offset by weakening business sentiment and capital expenditures mostly driven by increasingly complex geopolitical risks, including tensions in global trade."

Dimon’s words about weakening business sentiment and capital expenditures reinforce what we’ve talked about many times, namely that geopolitical risk remains something to consider keeping our eyes on.

JPM shares climbed more than 2% in pre-market trading, but hopes of a four-for-four day faded when  Goldman Sachs (GS) reported. Shares fell nearly 1% after the company missed analysts’ estimates on earnings per share, and revenue came in short of third-party consensus expectations.

It looks like weakness in GS’s investment banking division played a role in the disappointing results. GS “was stung by soured investments” in Q3, Bloomberg reported, noting the company’s investments in Uber (UBER) and several other big names. It’s unusual to see GS miss on earnings, and media outlets said it hasn’t happened in two years.

Third out of the box was Citigroup (C), and this time we had another beat as the company posted better than expected results on top- and bottom-lines. The bottom line did get an assist from a lower effective tax rate, usually a one-time thing, but even with that taken into account, results generally seemed strong. But shares fell in pre-market trading.

Global consumer banking revenues at C rose 4% and Branded Card revenues rose 11%, maybe pointing to a strong consumer. The credit card numbers from C and other banks could get a closer look than usual this quarter because so much of the economy’s strength lately appears to come from the consumer.

Last but not least, if you’re not out of breath by now, was Wells Fargo (WFC). The company, which has a new CEO expected to take the helm next week, saw shares step back in pre-market trading after missing consensus expectations on earnings. One interesting thing about WFC’s results was that even though earnings came up short, revenue beat expectations.

WFC has struggled for a few years now in the wake of the fake bank accounts scandal, and its shares lagged the performance of some of the other big banks so far this year.

Banks weren’t the only ones reporting early Tuesday as earnings season came around again like school in September. Johnson & Johnson (JNJ) also turned in a strong quarter and saw shares get a boost in pre-market trading. The company also raised guidance.

We’re not done with the banks, as Bank of America (BAC) and Morgan Stanley (MS) wait in the wings later this week.

Yesterday’s session—the last day of leadup to earnings—was about as exciting as watching paint dry. The sleepy market barely moved in slow, Columbus Day action. When it did show some signs of life, it was to the downside as people continue to be nervous about the next step in trade talks. Volume on the New York Stock Exchange (NYSE) didn’t even hit 650 million shares.

One stock that did display a heartbeat Monday was Netflix (NFLX), which reports after tomorrow’s close. Shares rose nearly 1%. Here’s a stock that’s really faltered since it last reported, even as its streaming competitors like AT&T (T), Disney (DIS), and Comcast (CMCSA) all made big runs.

Seeing how NFLX climbed on Monday raises the question of whether it’s finally getting some love from investors after being left out of the show for a while. NFLX shares have been beaten up lately, but if the company can meet their numbers and say what investors want to hear tomorrow—even with DIS at the launching pad with Disney+—maybe today’s rally could look justified.

Another potential positive was upward movement in some of the bank stocks that report today, suggesting investor optimism heading into earnings season.

While stocks didn’t move all that much on Monday, the S&P 500 (SPX) stayed above technical support for most of the day. The 50-day moving average of 2936 remains well below current levels, and there’s also potential support just below the 2966 mark where the SPX closed. It might be constructive that this level, 2965, held up at the closing bell. The question is whether it can continue to hold today and the rest of the week.

The SPX failed to hit 3000 in Friday’s rally, and selling appeared to accelerate pretty seriously when it approached that mark. It’s probably going to take some seriously strong trade news to get us above that. As Tuesday’s session approached, the latest news reports suggested a partial trade deal could be signed by the middle of next month. Considering the history of this long struggle, no one is probably holding their breath.

With Treasuries not trading yesterday due to the holiday, it could be interesting to see which direction yields head today now that they’re open again. Last week, the 10-year yield managed to close above the three-month yield (see more below), and that could be a sign of economic optimism. Also, the current 10-year yield at just above 1.7% is up more than 20 basis points from summer lows, and in the middle of its recent trading range. If earnings season gets started in a positive way, maybe yields could head up from here. A lot depends on trade progress, too.

People are mostly focused on earnings and trade, but let’s not forget that we’re just two weeks out from a Fed meeting (see more below). The futures market predicts high odds of a third-consecutive 25-basis point easing, and from a market perspective, you never want to underestimate the importance of rate cuts.

On the other hand, the Fed funds rate is already pretty low, so it’s unclear how much another cut after that would be able to juice the economy, and also whether that would lead to any stock market impact. At this point, earnings arguably could play a bigger role than the Fed in determining where the market goes.

FIGURE 1: WHAT YOU SEE...Isn’t always what you get. This three month chart of the dollar index (DXY-candlestick) might have you thinking that the greenback is shy about approaching the 100 level. It hasn’t hit 100 in nearly three years. However, a technical pattern that’s easily seen here could be described as bullish, with higher highs and higher lows over the last few months. This could mean more strength ahead, though the last two days could signal a breakout below the lower channel. Data Source: ICE. Chart source: The thinkorswim® platform from TD Ameritrade. For illustrative purposes only. Past performance does not guarantee future results.

The “Un-Inversion:” Remember those old soft drink ads about the “Un-Cola?” Well, now we have the “un-inversion” in bonds, and that’s arguably a good sign for the economy and the market. The 10-year Treasury yield finally pulled ahead of the three-month yield on Friday, ending a period of inversion that had gone on for months. At this point, it looks like the Fed’s short-term Treasury purchases announced earlier this month could be helping create a positive lift for the yield curve. That’s possibly good news for the Financial sector as bank earnings get underway today and continue this week. A flatter curve can compress profits for the industry. Bond trading was closed Monday, so we’ll see if the relationship continues to move away from inversion starting today.

But What About the Fed? Assuming trade news ends up being positive, one question people might start asking is what this means for the Fed. Chances of a rate cut later this month are still near 70% in the futures market, which arguably means they’re pretty much baked in. Typically, but not always, the market being at levels like this indicates high chances of the Fed doing what investors expect. The thing that’s harder to predict is whether the Fed sees a need for a fourth 2019 rate cut before the end of the year.

Some of it depends on the data, but if the market continues to rally based on the China news, that could also turn into a factor. As of late Monday, chances for another rate cut in December were just 25%, down from around 37% just a week earlier. Some analysts say whatever happens on trade, the Fed might want to wait after cutting rates three meetings in a row (assuming it does that this month) to see how the cumulative 75-basis point easing works its way through the economy. Generally, the impact of rate cuts takes a while to have an impact, especially on inflation. We’ll have to wait and see, but a December punt is what the futures market suggests now.

Riding the Consumer Wave: The Consumer Discretionary sector is up slightly over the last week and more than 21% year-to-date. Some of this exuberance might reflect that at least in the near-term, it seems unlikely that customers will stop their spending. Last Friday’s better-than-expected Michigan sentiment report backs up the idea that people are out there buying, but earnings season could tell us a lot more. People are employed and when they are employed they tend to spend money. Heading into the holiday season, it’s hard to see why consumer demand would slow, barring some disaster. 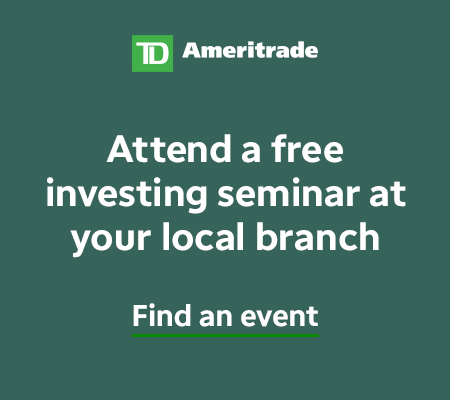