Bank of America, Morgan Stanley, and Goldman Sachs are set to release Q1 earnings. Investors should expect to hear about best and worst case scenarios to anticipate how COVID-19 could impact earnings. 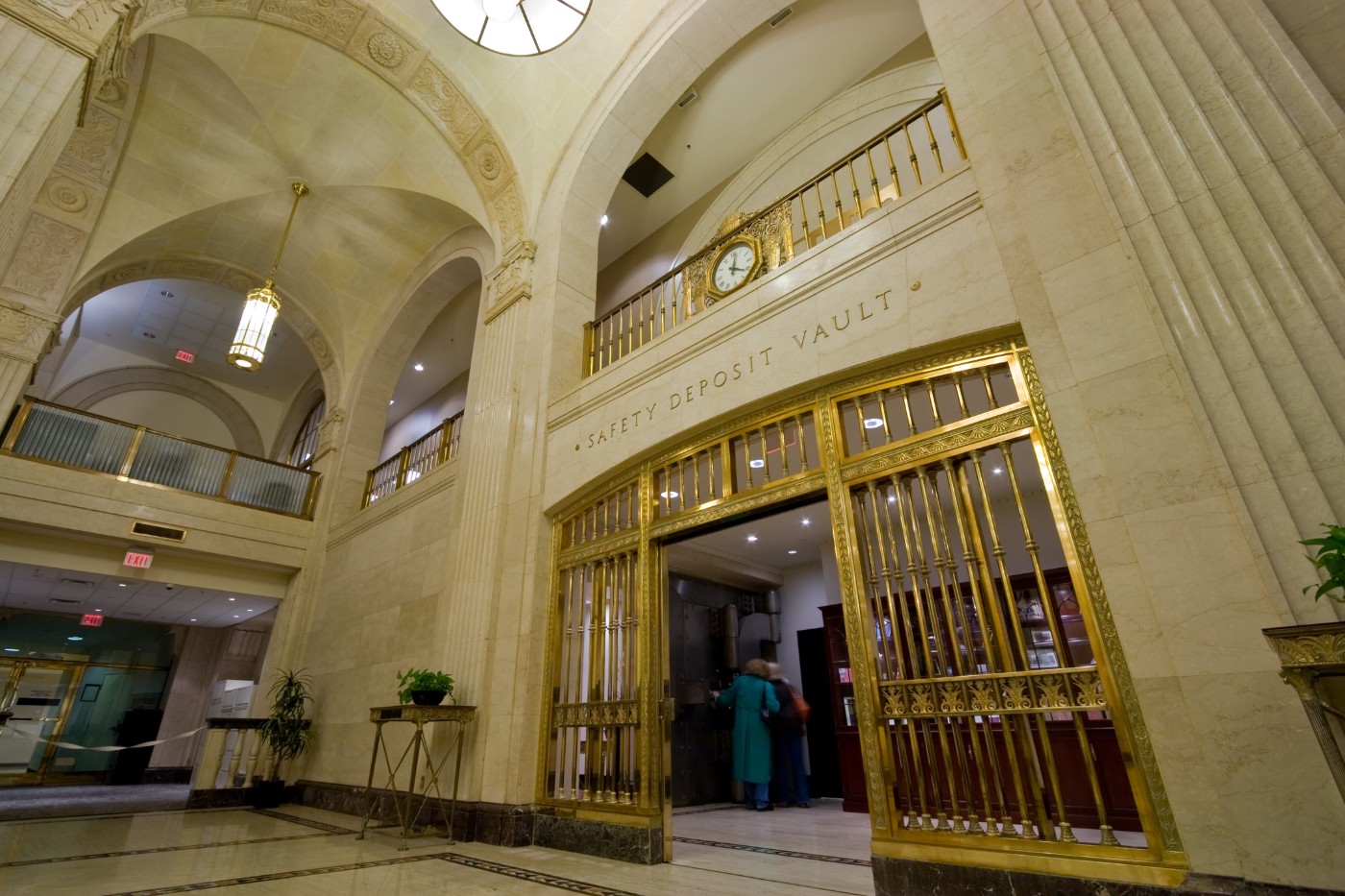 The biggest banks might be among the companies hardest hit by the current crisis, but arguably they entered it better equipped than most to handle an emergency.

Sometimes when there’s a downturn in the market, what’s meaningful is how healthy a company was going in. Just last week, for example, shares of Bank of America (BAC)rose after getting upgraded by an analyst at D.A. Davidson. BAC is well positioned to handle tough sledding because it has made meaningful progress reducing its balance sheet risk, particularly mortgage related credit risks and credit card risk, D.A. Davidson said, according to MarketWatch.

Other big banks whose businesses were generally healthy entering the emergency include Morgan Stanley (MS) and Goldman Sachs (GS), which, like BAC, are expected to report this week. Though Q1 results and Q2 guidance seem likely to get smacked by the economic situation, executives across nearly all the largest U.S. banks did an impressive job managing the books the last few years and that might help blunt the blow.

Trading Volume May Impress, but Fixed Income a Question Mark

Another thing that might ease the pain for banks is trading volume. When markets start getting pushed and pulled the way they were in March, that tends to increase all sorts of market activity, whether it’s hedging, profit taking, or buying the dip. Volatility in March might have been the craziest since at least 2008, if not longer, and when markets move, that means lots of trading activity (see chart below).

This might be one element in the banks’ favor for Q1 results, and it could be showing up already in trading of MS and GS. Like the rest of the sector, MS shares took a dive when the crisis began, but it’s been weathering things a lot better in recent weeks. MS is arguably the “king of trading,” so its trading revenue should be holding up well.

GS is second only to MS when it comes to the size of banks’ trading shops, so these two could be leading the way. Any bank that misses on trading right now is likely to see its stock suffer. The one possible area of trading weakness might be in fixed income, however.

Bond trading looked strong for MS in Q4, with equity trading matching consensus expectations and investment banking also coming in about where analysts had expected.

Looking at GS, the company’s Q4 earnings got smacked by a litigation charge. The company did beat Wall Street’s consensus on revenue, however. Bond-trading revenue looked very strong to close out the old year, but investment banking slowed. The investment banking business could be hurt in Q1 by a huge slowdown in initial public offerings (IPOs) as the crisis surged.

While trading is big for GS and MS, all the banks are in the business of lending money and making profit from the interest. They also make money through credit cards, which people could be using a lot less these days as they’re kept at home. Those profit centers are probably taking it on the chin and could be for a while.

Many companies are struggling, and this could potentially hurt the entire banking sector. For instance, The Cheesecake Factory (CAKE) has told its landlords it won’t be sending in rent checks for the month of April, as its restaurants remain closed off to the public to try to help halt the spread of COVID-19, Forbes reported.

Macy’s (M) recently furloughed most of its employees, and it and other brick-and-mortar retailers also face epic struggles just to keep the lights on. Their landlords might face emptier wallets soon, too. Then they might have to lay people off, and those people might not be able to pay their mortgages and car loans. In that scenario, bank revenues would plummet.

Some banks also have exposure to the housing and auto sectors, both of which are struggling as open houses get canceled and showrooms remain closed.

It’s a little like that game where pulling away one block can sometimes collapse the whole stack. Unlike the game, however, the Fed and Congress have provided a cushion, hopefully making any cracks less catastrophic. Bank executives could give some perspective on whether this is actually the case, but they’ll probably have more insight by the time Q2 earnings come around this summer.

Small businesses are getting help from the government now, but if this crisis continues, how many of them will be around in six months? The banks could end up losing lots of customers and having to deal with loads of defaults, depending on how things play out. Also, demand for new loans could fall pretty steeply if this continues.

“We anticipate that some of the banks may pack the Q1 with significant loan-loss reserves for potential non-performing loans ahead, especially in distressed industries like energy and travel and leisure,” research firm CFRA wrote in a note to investors last week.

CFRA expects bank executives to express caution in their 2020 outlook because the demand side of their business driven by banks and consumers remains uncertain.

Length of Crisis Could Determine Risk to Banks

If there’s progress fighting the virus by Q2, as measured by case growth and possibly efforts by medical researchers to find treatments, credit risk would still conceivably be an issue but maybe more of a short-term one. A worse crisis could put banks at more risk of not being able to collect interest on their loans.

As JP Morgan (JPM) did recently, it wouldn’t be surprising to see big banks like BAC, GS, and MS put out scenario-driven outlooks that outline best- and worst-case possibilities for the virus and how their individual financial situation would be affected in each.

Also worth keeping an eye on is how the banks see their cash positions now and in the future. Laws passed in the wake of the 2008 financial crisis force banks to keep more money on hand than they used to, which might have helped this time around. JPM, for instance, reassured investors that it has plenty of cash on hand, and we may hear similar from these other banks as the week continues.

Yields appeared to make a comeback at the end of last year, only to get smacked down again by the virus (see chart below). Interest income could be hard to come by all year, if things don’t improve quickly. The banks have no control over this, as it all depends on how quickly the virus fades.

FIGURE 1: VOL EXPLODES, YIELDS COLLAPSE. The slowly-falling yield on the 10-year Treasury (TNX—candlestick) had already been pressuring bank margins, but it kicked into high gear once the coronavirus-led selloff sent investors seeking shelter from risk. Meanwhile, the Cboe Volatility Index (VIX—purple line) jumped from the mid-teens to an eclipse of the 80 mark in mid-March. Though volatility can be good for banks' trading desks, other business units tend to retract in times of market stress. Data source: Cboe Global Markets. Chart source: The thinkorswim® platform from TD Ameritrade. For illustrative purposes only. Past performance does not guarantee future results.

BAC already felt some pressure on its business in Q4 from lower interest rates, which had an impact then on its lending business. It seems doubtful that the situation would have improved in Q1 given the climate we’re in now. BAC’s huge retail banking business also saw profit decline in Q4.

Wealth management is a key business for MS, and it seemed to be thriving in Q4. It might be interesting to see how that was affected by the crisis. While the virus likely hurt many wealthy clients, it might have also led them to seek banking solutions, which conceivably could boost business in the wealth management category.

Investment banking is a small but growing part of MS’s business, and it delivered strong results in Q4. However, those results appeared to come in part from a specific IPO, and as we’ve noted, IPOs are kind of scarce these days.

When BAC releases results, it is expected to report adjusted EPS of $0.46, vs. $0.70 in the prior-year quarter, on revenue of $22.9 billion, according to third-party consensus analyst estimates. Revenue is expected to drop 1.1% year-over-year.

Options traders have priced in a 5.2% stock move in either direction around the upcoming earnings release, according to the Market Maker Move indicator on the thinkorswim® platform from TD Ameritrade. Implied volatility was at the 41st percentile as of Tuesday morning. Looking at the April 17 options expiration, there's been a bit of activity to the downside, particularly at the 20 and 21 strikes. But a lot of the activity has been to the upside, with concentrations in the 27 and 29-strike calls.

GS is expected to report adjusted EPS of $3.35, vs. $5.71 in the prior-year quarter, on revenue of $8.12 billion, according to third-party consensus analyst estimates. Revenue is expected to be down 7.8% year-over-year.

Options traders have priced in a 6% stock move in either direction around the coming earnings release, according to the Market Maker Move indicator on the thinkorswim platform. Implied volatility was at the 39th percentile as of Tuesday morning.

Looking at the April 17 expiration, put activity has been light overall, but with some activity at the 150 strike. Calls have seen a bit more activity, with concentrations at the 200, 205 and 210 strikes.

MS is expected to report adjusted EPS of $1.14 vs. $1.39 in the prior-year quarter, on revenue of $9.71 billion, according to third-party consensus analyst estimates. Revenue is expected to be down 5.6% year-over-year.

Options traders have priced in a 5.6% stock move in either direction around the coming earnings release, according to the Market Maker Move indicator. Implied volatility was at the 41st percentile as of Tuesday morning.

Recent call activity has been noted at the 43 and 47 strikes, while puts have been active at the 38 strike.