Geopolitical issues flared up again in August with Turkey’s potential currency crisis. Concerns over the headlines were seemingly tempered by strong earnings reports. 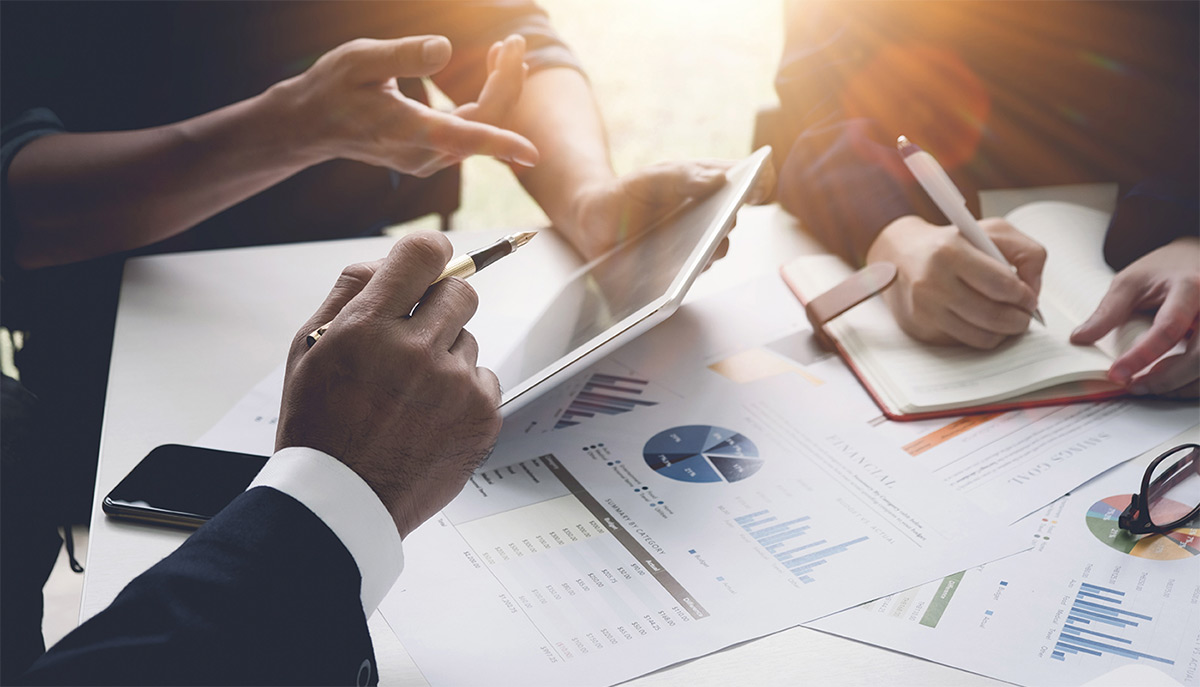 While there were some turbulent days in August, enthusiasm for another strong earnings season appeared to outweigh concerns about geopolitical tensions. In the closing weeks, the S&P 500 Index (SPX) surpassed its record high of 2872 set earlier in the year.

That said, geopolitics continue to be a factor potentially keeping stocks from moving even higher. Worries about Turkey’s currency hit European stocks in mid-August, and also led to a dip in U.S. and emerging markets. U.S. Treasury prices rose as some investors sought out “safe havens.” By late August, the yield on the benchmark U.S. 10-year Treasury note was back below 3%, after breaking through this threshold at the start of the month. This cautiousness seemed to subside a bit after news broke about trade talks between the U.S. and China, although it turned out to be a non-event. Tariff fears appear to remain a potent issue for many investors.

World events and market hiccups aside, there really hasn’t been much change in corporate fundamentals. With the earnings season nearly complete, research firm CFRA forecasts average earnings per share gains of 24.8%. The firm expects earnings growth in Q3 to hit 22% and 19.1% in Q4.

While only time will tell if predictions for Q3 and beyond come true, this year’s earnings have ignited a debate among investors about whether companies can sustain this level of growth in 2019. CFRA sees average S&P earnings rising just 10% next year. However, that’s better than what some analysts had been thinking going into 2018, when talk of “peak earnings” was common.

Revenue growth was also solid, which might be due in part to an economy that seems to be chugging along. Companies can’t generally cost-cut their way to revenue gains. Another reason might arguably be the improved pricing power of some companies like those in the consumer staples industry. Both Kimberly Clark (KMB) and Clorox (CLX) have announced price increases for some popular products including diapers and tissues.

Caution in the Air

Despite strong corporate numbers and the SPX near all-time highs, investors haven’t thrown caution completely to the wind based on the Cboe Volatility Index (VIX)—known widely as the “fear” index. Earlier in the month, before tensions surrounding Turkey’s currency surfaced, the VIX had bottomed out around 10. As August continued, it spiked to near 17, but then pulled back to around 12 as of August 27. So while Turkey- and China-related fears may be easing, it appears the market may still be pricing in elevated risk.

Another sign may be sector demand. Investors appeared to gravitate more toward “defensive” sectors like telecom, utilities, and staples, which have been among the sector leaders since mid-July while consumer discretionary, materials, and energy have been lagging. And info tech, currently the top-performing sector for the year, hardly budged over the last month likely due in part to some disappointing earnings news from Facebook (FB) and Netflix (NFLX). Though investor interest in this sector appeared to pick up near the end of August.

As the September 25 Fed meeting approaches, odds for a rate hike remain well above 90%, according to CME Group Fed funds futures. At this point, it seems it would probably take a major geopolitical event to keep the Fed from raising rates for the third time this year, though nothing is guaranteed.

With a third hike likely already baked into the market, the conversation appears to have shifted to the chances of a fourth increase before year’s end. The probability was well over 60% as of August 24, according to CME futures. A lot of factors are at play here and abroad that could influence the Fed’s decision one way or the other, including:

It’s a tough call at this point as the Fed strives to keep the U.S. economy from overheating. Investors may want to consider listening to Chairman Powell’s press conference after the September meeting to get a better sense of future rate increases. They might also consider listening for any developments on the issues listed above. Taken together, this information could help them make more informed decisions about their investments.