July seemed to be a repeat of past months where market focus shifted between geopolitical headlines and corporate and economic data. Could this continue in August? Learn about upcoming market events and what to watch for in the coming month. 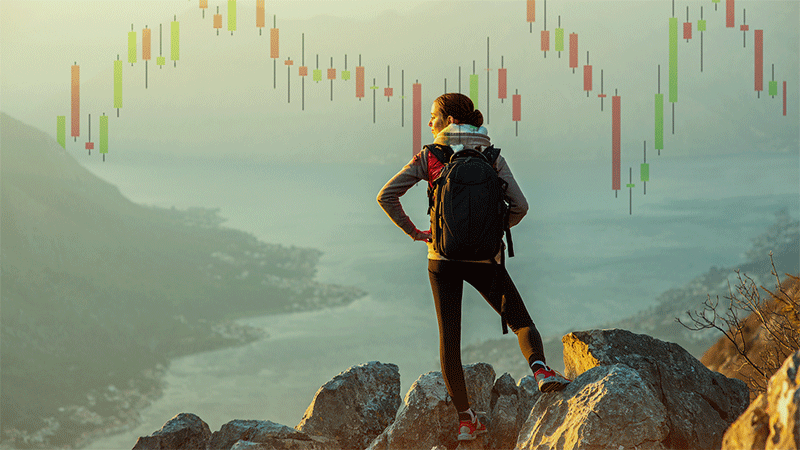 For much of 2018, there’s been an ongoing tug of war for investors’ attention between geopolitical issues like tariffs, and corporate and economic news. And July was no different. Earnings appeared to have the edge early on, only to have market jitters return after additional proposed tariffs on Chinese goods were announced and the NATO Summit got off to a contentious start. Then as the dust settled, focus seemed to shift back to the numbers.

As the earnings season progresses, investors may want to listen closely to what company executives are saying or not saying about the impact tariffs could have on their businesses and the prospects for future growth here and abroad. Their comments might provide clues as to which sectors could potentially be most impacted in the coming months. Other areas to watch to help potentially gauge market sentiment include Treasury yields and the strength of the U.S. dollar.

Here are a few data and events to watch for in August.

Expectations were high going into this earnings season with many analysts anticipating a growth rate of 20% for the S&P 500, according to FactSet. If this happens, it would be the third consecutive quarter of double-digit earnings growth. Although investors might be well-served to remember what happened last quarter when strong numbers didn’t automatically translate into higher stock prices.

The season kicked off in mid-July with some of the big banks reporting mixed results. JP Morgan (JPM) and Bank of America (BAC) surpassed analyst expectations while Wells Fargo (WFC) fell short. A rising interest-rate environment is typically good for the financial sector, but it has been lagging so far in 2018. This could be due in part to the flattening of the yield curve as the gap between the 2-year and 10-year Treasury yields narrows. A flattened yield curve generally means the difference between the interest rate banks charge for loans and the rate they pay on deposits is shrinking, which could affect the bottom line. Of the big banks that had reported as of July 16, loans were down nearly across the board. Although it’s too soon to know if this is a long-term trend or a momentary blip.

Looking ahead to August, several key retail stores and entertainment companies are scheduled to share their results, including Disney (DIS), Home Depot (HD), Macy’s (M), Walmart (WMT), and Target (TGT). Retail sales have been strong in recent months, likely a reflection of consumer confidence in the economy and their financial situations. Earnings reports along with the corresponding CEO guidance could reveal whether this optimism could persist. Another signal could come from back-to-school spending, which typically occurs in late July and August.

For more information, investors can visit the earnings section of tdameritrade.com. It includes earnings previews and updates for a broad range of companies and outlooks on the different sectors.

Information technology (info tech) has been the best-performing sector for 2018 and the latest earnings reports could help solidify its position. According to FactSet, the earnings per share estimates for 43 of the 71 companies in the sector, including Advanced Micro Devices (AMD), Twitter (TWTR), Intel (INTC), and Microsoft (MSFT), were revised upward as of July 6. Plus, many analysts have said they expect the sector as a whole to experience double-digit earnings growth, which could help counteract the concerns some investors may have about the effect of tariffs on the industry’s supply chain.

Tech leaders have been busy this summer hosting a series of conferences to share ideas on pressing issues, like cybersecurity, and to announce product innovations. On tap next are the Microsoft Research Faculty Summit (August 1-2) and Black Hat USA (August 4-9), which offers research and training on a range of information security topics.

Energy, another sector in the green as of early July, is also expected by many analysts to have double-digit earnings growth. Although any excitement over the numbers could possibly be dampened by the unfolding trade dispute between the U.S. and China. Oil prices that had surged to around $74 a barrel at the start of the quarter plummeted nearly 5% on July 11 when China threatened to tax U.S. oil imports in response to new tariffs imposed on their goods. Analysts have also expressed some concern that a trade war could slow global growth, reducing the demand for crude oil.

Which way oil prices head in the coming weeks may depend in part not only on trade rhetoric but also global supplies and reserves. Keep in mind that while higher prices are typically good for the energy sector, they can put downward pressure on transportation and consumer discretionary stocks. And the reverse tends to be true when fuel costs decline.

It’s widely expected by many analysts and investors that the Federal Reserve will hold interest rates steady at its next meeting on July 31. This belief may be due in part to the minutes from the June meeting (released in early July), which seemed to point to gradual rate increases. According to Fed officials, the economy appears strong and inflation continues to hover around 2%. Although the Fed has said that it is keeping close tabs on two issues that could disrupt this rosy picture: wage growth and tariffs. Both have the potential to push inflation higher.

To date, wage growth has been a relatively non-issue despite the tight labor market. In May and June, wages grew at an annualized rate of 2.7%. It could be worth watching the July jobs report, due out August 3, to see if this number ticks upward as companies try to fill open positions. One final note on the Fed: investors may want to listen for any news from the Jackson Hole Economic Policy Symposium (August 23-25). While this event is historically not a market mover, there’s always a chance there could be an unexpected announcement about future monetary policy.

Managing the Market Tug of War

Trade wars. Corporate earnings. Rising interest rates. Now may be a good time for investors to review their portfolios to see if the asset allocation makes sense given current conditions, the economic outlook, and their financial goals. Some things an investor might want to consider include: