Market Insight: Your Guide to Navigating the Month Ahead

Find out which economic data and news to watch in April to help manage your portfolio. 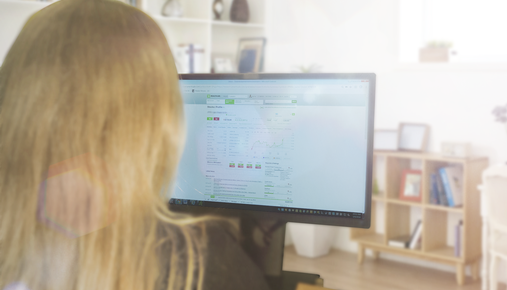 A calm-but-consistent stock market rally defined most of 2017, but the first three months of 2018 have been anything but quiet. Investors have experienced market volatility, concerns about inflation, and increased tensions over potential trade wars and tariffs. Plus, major tech companies Spotify and Dropbox both filed to go public, two of the larger public offerings since Snap (SNAP) went public last year. All of these events may set the stage for what’s to come in April.

At the end of March, we’ll also say good-bye to Q1 2018, which on the surface may not seem significant. However, the end of each quarter (March 31, June 30, September 30, and December 31) brings with it a wealth of information for investors. Businesses, government agencies and the Federal Reserve (Fed) release an array of economic and financial data, shedding light on the state of the economy and what it might mean for the markets. With so much information available at once, quarter end can be a good time for investors to review their portfolios and potentially take action, such as rebalancing their accounts, to help keep their investments aligned with their goals. Here are a couple of quarter-end economic reports and other market events happening in April that you may want to keep an eye on.

Here are key events to watch for in April and early May.

Watch for News from the Fed

On April 11, we’ll gain insights into the Fed’s outlook for the economy, inflation, and interest rates when the Federal Open Market Committee (FOMC) minutes are released. Based on previous minutes and comments from the new Federal Reserve Chairman, Jerome Powell, many analysts are anticipating three to four interest-rate hikes this year. How fast and when these increases may occur will depend in part on the strength of the economy and whether inflation continues to edge upward toward the Fed’s 2% target. Interest rate changes, even gradual ones, can affect the performance of stocks and bonds. Given this, you might want to consider investment strategies that may help you weather a rising-rate environment.

Check the Pulse of the Economy

The Fed looks at many factors to gauge whether the economy may be growing or shrinking, including:

The Q1 earnings season kicks off on April 13 with the big banks, including JPMorgan Chase (JPM) and Wells Fargo (WFC). Other notable companies are also expected to release their earnings in April: Citigroup (C), Johnson & Johnson (JNJ), Procter & Gamble (PG), Verizon (VZ), Apple (AAPL), Amazon (AMZN), Alphabet (GOOGL), Microsoft (MSFT), Chevron (CVX), and Exxon Mobil (XOM). As these companies go, so may the markets. You may want to review your portfolio to ensure you’re not over-weighted in any one particular stock or sector.

While April 17 may be a relatively quiet day for economic reports, you don’t want to ignore this date. It’s the deadline for filing your 2017 taxes without an extension and a good reminder to seek out opportunities to potentially lower the amount you owe. If you haven’t already filed, you may still make a 2017 contribution to a traditional IRA, possibly reducing your taxable income while building your retirement savings. Already filed? Consider ways to create a more tax-efficient investment strategy for 2018 and beyond.

Focus on the Big Picture

Investing is personal and it’s easy to let emotions take over. Having a plan before you invest can help you with this. Just remember, one negative or positive piece of information does not make a trend. The same can be said for an up or down day in the markets. Try not to let emotions get in the way and work to keep things in perspective by looking at the facts. Reviewing all the data together over the course of several months might provide a much clearer picture of the economy and may help you decide if your portfolio is allocated properly given your short- and long-term goals.

Looking to stay on top of the markets? Check out the TD Ameritrade Network, which is live programming that brings you market news and helps you hone your trading knowledge.

You can also register to attend upcoming Webcasts or watch one of the many archived ones, covering a wide range of topics from market commentary to portfolio planning basics to trading strategies for active investors. No matter your experience level, there’s something for everyone.