COVID-19 Takes a Bite of AAPL: Earnings Could Show How Much Got Chewed Off

Apple earnings on Thursday could give a look at how well the company weathered the impact of coronavirus on its supply chain in China as well as the closure of U.S. stores. 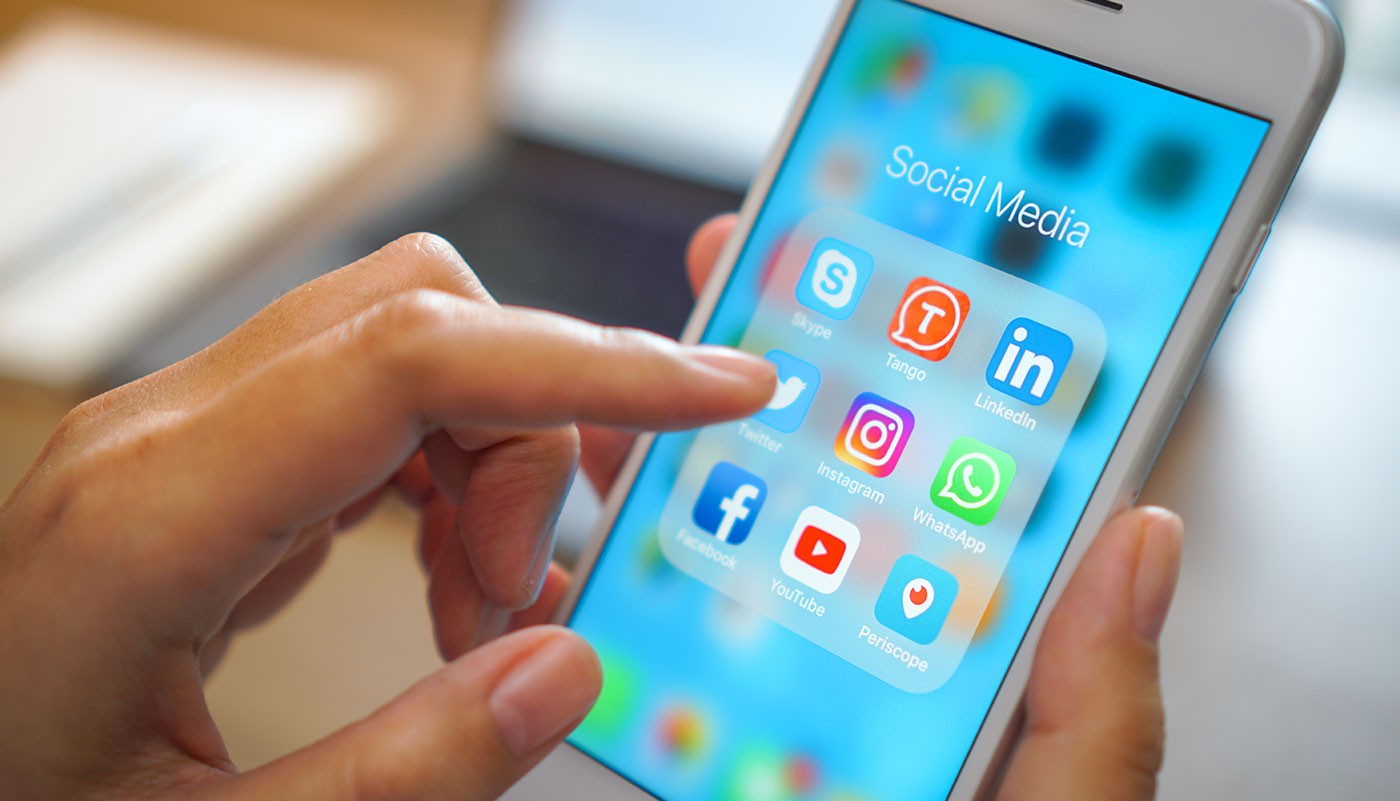 Like most companies this earnings season, it will hardly be news if Apple (AAPL) reports earnings this week that its quarter was a rough and tumble one.

The likelihood of bad news has been widely reported about the Cupertino giant, including by the company itself. AAPL withdrew its quarterly guidance—which was arguably rather tepid to begin with—weeks ago. Although, to be fair, the company has a history of being conservative with its guidance.

But given a Wall Street Journal story this week that the pandemic has become a double whammy for AAPL’s latest iPhone 11—apparently it’s inhibiting manufacturing across Asia and battering consumer demand around the world—investors and analysts may be tuning in more closely to what’s ahead.

Could that report be right, and if so, what sort of impact could it have on 2020 and beyond? That’s just one big question when AAPL—one of the largest companies in the world by market cap—delivers results after the close on Thursday.

The tech giant was among the hardest-hit U.S. firms when coronavirus began to unfold in China starting late last year, as AAPL noted a quarter ago. It’s lost significant revenue after leading the charge for retailers in the U.S. to temporarily shut down as the contagion made its way here. AAPL stores have been closed in the U.S. since early March, and it’s unknown when they can reopen.

While the stock has come a long way from its March lows, some analysts say there’s still a lot of unknowns for 2020 and even next year. Some say it might be 2022 or even beyond before Wall Street has a firm idea of the virus’s final impact on AAPL.

“2020 and 2021 are unknowns,“ wrote Loup Ventures analyst Gene Munster, a longtime AAPL watcher, in a note to clients:  “We have greater visibility beyond 2021, however, because the powerful trends that were in place within technology, media, and health will still be in place when this current period of uncertainty ends.”

AAPL’s stock took a dive with the rest of the market in late March, wiping out 31% of its value, and exiting (briefly) the so-called "trillion-dollar-club." But it’s recovered much of that since and has mostly been in an upward trajectory, recently down about 13% from the all-time high it posted in February and slightly outpacing the S&P 500 Index (SPX). See chart below. Still, it’s probably prudent to remain cautious ahead of Thursday’s earnings report and not to expect AAPL to come along and blow everyone away.

There’s probably no product more important to AAPL’s revenue stream than the flagship iPhone. That underscores the weight of any supply delays like the ones reported by the Wall Street Journal on Monday. That article could have been one reason AAPL shares came under pressure that day on a day when most of the market rallied.

AAPL’s iPhone 11 series released last September was a major hit, so in some respects the virus couldn’t have come at a worse time. That launch had raised Wall Street’s eyebrows as iPhone revenue in the company’s first fiscal quarter rose 8% to $55.96 billion. Before that, iPhone sales had started to be a drag on earnings, and many thought the product had passed its prime. The strong iPhone support helped AAPL easily surpass analysts’ earnings and revenue expectations for fiscal Q1.

“This was a jaw-dropper in terms of how strong phone sales were,” Wedbush Securities analyst Daniel Ives told the New York Times after seeing the December quarter results. He attributed much of the sales to pent-up demand, “even more than the bulls were hoping for.”

Back then, CEO Cook offered fiscal Q2 guidance for a wide-ranging company-wide revenue rise, citing the uncertainty of the coronavirus impact. He also noted how many of AAPL’s products are assembled in China and said that suppliers weren’t expected to be back in business until February. The guidance he gave then was for Q2 revenue of $63 billion to $67 billion.

Then AAPL withdrew its guidance on Feb. 17 and didn’t offer any updated numbers. Third-party analysts now expect fiscal Q2 revenue of about $54.5 billion, and earnings of $2.26 per share.

Can You Hear Me?

Not surprisingly, AAPL has been mute on an overall iPhone production delay, but it’s been top of mind for analysts during much of this month. A week ago, some analysts were talking about production running four to six weeks behind, and said that AAPL had again slashed its own projections for iPhone SE orders.

Nomura analyst Jeffrey Kvaal said he thought AAPL had trimmed its iPhone SE orders closer to his estimate of 37 million, from 46 million. Many other analysts also have trimmed their forecasts by about 10 million. Even still, the iPhone 11 SE—essentially a remake of the popular iPhone 5s—is still expected to interest long-time users and has been called “its best deal ever.”

According to data by LikeFolio, cost is the top driver of positive sentiment on the SE. Though the September release of the iPhone 11 was a major driver of revenue, sentiment—as measured by LikeFolio—seems to be running higher ahead of the SE rollout (see chart below).

FIGURE 2: SOCIAL INTEREST. Sentiment ahead the iPhone SE release has been running higher than it was for the iPhone 11 suite back in September 2019. Data source: LikeFolio. TD Ameritrade and LikeFolio are separate and unaffiliated companies. Social and consumer sentiment data should not be used alone when making investment decisions. Please consult other sources of information before making an independent investment decision. TD Ameritrade does not guarantee nor is it responsible for the completeness or accuracy of the data provided by LikeFolio.

Morgan Stanley analyst Katy Huberty thinks the 5G iPhone production reports might be surprisingly stronger than expected, based on her assessment that China factory activity is returning to normal levels. So these numbers could be worth keeping a close eye on as investors await word on a launch date.

Either way, AAPL’s on-the-ground look at how China is progressing as it gets back to the business of business could sketch a roadmap for U.S. expectations as cities and states begin to open doors again.

Beyond all the iPhone chatter, analysts also say they’re interested how well Apple TV+ and the new programming has done as consumers and investors alike have been looking for new programs to keep themselves occupied. Did viewers tune into The Morning Show? And what about Apple Arcade, the new video game subscription business? Analysts expect a management update on the total installed base and acceptance.

AAPL ended the prior quarter with a hefty treasure trove of $207.06 billion in cash—more than the GDP of many countries. That’s less than the stash of two years ago, but still a significant pile of cash.

At a time when many corporations are suspending dividends, AAPL is widely expected to up its payback to shareholders—in the mid-to-high single digits according to some analysts.

Some AAPL watchers still expect the company to announce a share buyback program of as high as $100 billion. Evercore ISI analyst Amit Daryanani and Bernstein’s Tony Sacconaghi made those calls in notes last week, noting that the firm’s buyback model is sustainable until the end of fiscal year 2023.

In Daryanani’s view, it’s “a logical decision given how attractive the current stock price is.” Time will tell, especially when share buybacks have gotten a bad name in Washington, lately, from both sides of the political aisle.

There is a lot on APPL’s plate at a time when the world is operating under a cloud of uncertainty. AAPL may not even give investors much insight into what’s going on in Cupertino and beyond simply because AAPL—like everyone else—doesn’t have the answer sheet. Remember, many companies aren’t offering guidance because there are too many variables right now.

Even with its unfolding experience in China, there are still so many unknowns that are, well, unknown. That pulls us back to Loup Venture’s Munster’s view that “forecasting is futile.”

Instead, he suggested keeping an eye on these technology trends ahead and how AAPL might respond to them:

By his thinking, “many of the prevailing tailwinds over the next decade are at APPL’s back.” There are a lot of years ahead before anyone will ever know that, so stay tuned.

When AAPL releases Q2 results Thursday afternoon, it's expected to report adjusted EPS of $2.26, down from $2.46 in the year-ago quarter, according to consensus estimates from third-party analysts. Revenue is expected to come in at $54.5 billion.

The options market has priced in a 3.3% stock move in either direction around the upcoming earnings release, according to the Market Maker Move™ indicator on the thinkorswim® platform. Implied volatility was at the 27th percentile as of Tuesday morning.

Looking at the May 1 weekly expiration, put options have seen the highest activity at the 250 and 280 strikes, but the most active strike has been to the upside, in the 300-strike calls.

Retail Earnings Coming Up: Walmart Might Have Been a Sales Winner but at What Cost? 5 min read Amazon Likely on Solid Footing as Lockdown Economy Plays to its Strengths 5 min read As Tesla Reports Earnings, Coronavirus Puts Question Mark on 500,000-Vehicle Target 5 min read

TD Ameritrade and LikeFolio are separate and unaffiliated companies. Social and consumer sentiment data should not be used alone when making investment decisions.