Analysts are mostly blowing the bullish horn on Apple earnings expectations after blowout fiscal Q2 and expectations of robust product and services sales. 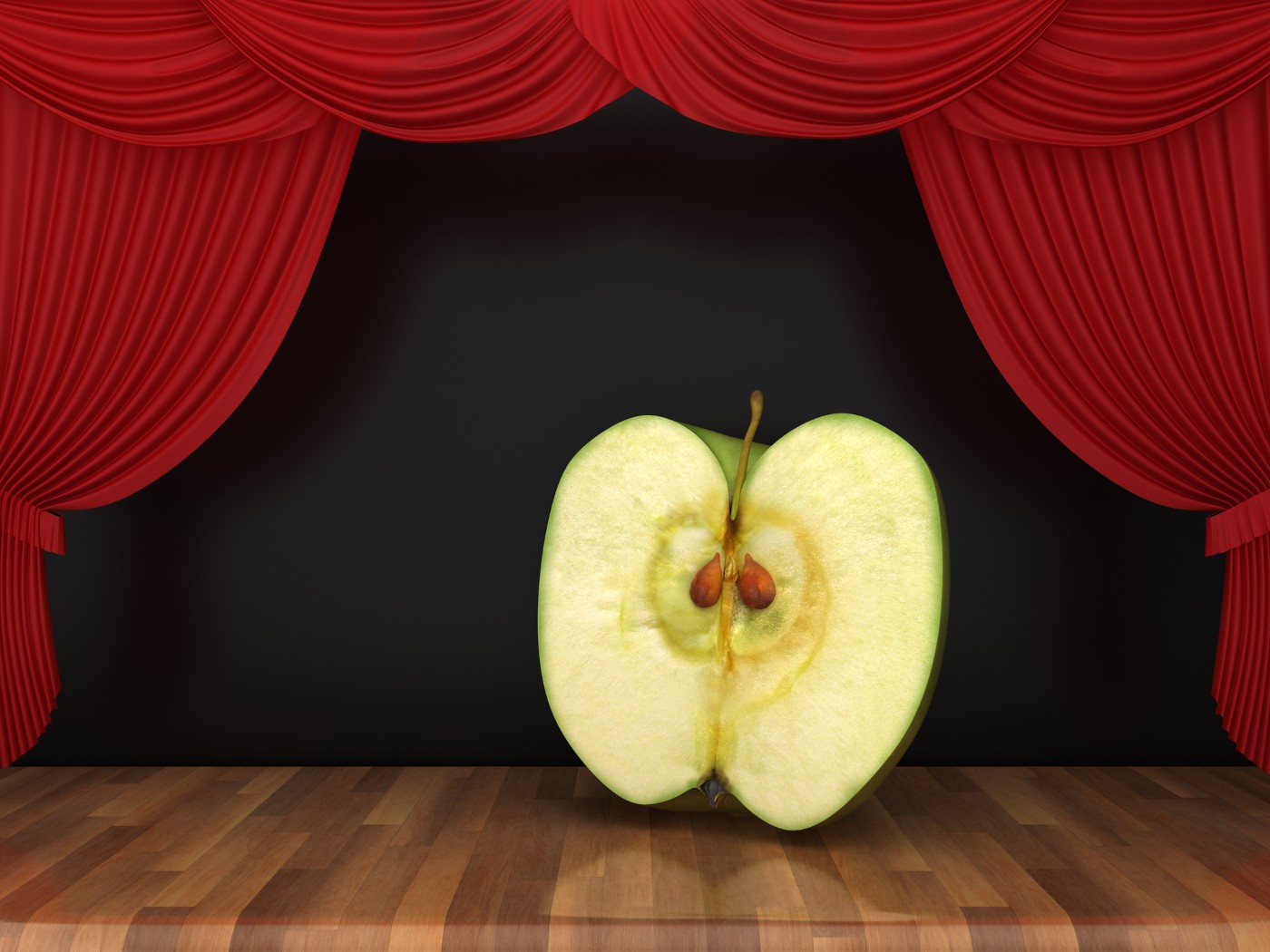 An old phrase on Wall Street goes, “The trend is your friend.” If that’s true, analysts are mostly counting on Apple (AAPL) delivering another quarter of double-digit earnings growth when the Technology giant reports fiscal Q3 results next week.

For those keeping score, AAPL has wowed analysts with solid double-digit results the last two quarters and three of the last four. In its fiscal Q2 alone, AAPL handily beat Wall Street’s expectations with a $23.6 billion profit on revenues that surged 54% to $89.6 billion. iPhone revenue in fiscal Q2 surged 65.5% to $47.94 billion, beating estimates on Wall Street by about $6 billion.

That’s got some analysts predicting a record-setting year in which net profit could eclipse $70 billion, nearly a third higher than last year’s, according to some estimates.

Granted, going into fiscal Q2 earnings back in April, Wall Street had little question AAPL would surpass the somewhat muted year-ago results when COVID-19 in China had hurt supply and demand. APPL then reported a whopping $1.40 per share in earnings in the most recent quarter, compared with this quarter’s consensus of $1 per share. Talk about setting the bar high.

FIGURE 1: COMEBACK KID. After a really bumpy start to the year that included a 20% correction from its peak, shares of Apple (AAPL—candlestick) have had a burst of energy over the last two months and now are nearly even with the S&P 500 Index (SPX—purple line) year-to-date. Data sources: Nasdaq, S&P Dow Jones Indices. Chart source: The thinkorswim® platform from TD Ameritrade. For illustrative purposes only. Past performance does not guarantee future results.

“We feel very good, given the results we’ve had in the first half of our fiscal year,” finance chief Luca Maestri told the Wall Street Journal after Q2 results were reported. “And clearly as economies start to reopen, particularly those economies where there are enough vaccines, obviously we think that should be a positive.”

Does he still feel the same even as new strains of the COVID virus appear to be making their way across the world? Most analysts think yes, citing the love club that swooped up tons of AAPL products in recent months, and the widely held belief that a hybrid work model—where some work at home part of the time— could further juice product sales.

By Maestri’s thinking a quarter ago, a hybrid work environment also could boost sales of AppleCare, an extended warranty service it offers, and advertising, both of which were hit by pandemic. Then there’s the services segment, which looks to be a game-changing new path for AAPL, ringing up revenues that jumped 27% to $16.9 billion in fiscal Q2, a good 10% above the Street consensus. Paid subscriptions to services including Apple TV, Apple Music and the latest Apple Fitness+ hit 660 million in the last quarter, owing to tiered pricing and expansions of Apple Arcade and others.

AAPL is expected to report adjusted EPS of $1 per share, vs. earnings of $0.64 per share in the prior-year quarter, according to third-party consensus analyst estimates. Revenue is projected at $72.93 billion—up 22% from a year ago.

Looking at the July 30 weekly expiration, activity in put options has been spread out, but with some concentration at the 145 and 140 strikes. Calls have been most active at the 150 strike.

And clearly, analysts said, the company felt comfortable enough with future forecasts to hike its cash dividend by 7% to a lofty $0.22 a share while also upping the share repurchase by another $90 billion.

Yep, that’s a B, as in billion, and AAPL is leading the pack in corporate buybacks, which JPMorgan Chase (JPM) estimated this week could hit $1 trillion as the economic recovery takes hold. But that’s another story for another day.

After starts and stops through much of the year, AAPL shares started to gain momentum in June, hitting a record high of $150 this month, though the last few days have been bumpy. In June, JPM’s Samik Chatterjee told clients he saw “a very attractive set-up for the shares in the second half of this year,” according to his note.

He cited “relatively low investor expectations” when AAPL is expected to roll out the iPhone 13 this fall “with a multiyear 5G tailwind to the replacement rate and a larger installed base supporting stronger run-rate of annual volumes relative to current investor expectations.” That could be something investors might want to chew on.

AAPL, which again didn’t offer a forecast for the quarter last time out, did note that supply constraints on chips and other major components for iPhones, Macs and iPads could eat into top-line dollars by as much as $4 billion. Still, gross margins were forecast at 41.5% to 42.5%.

Canalys, the Tech market analyst firm, tracked only a 1% gain in smartphone shipments over the most recent quarter.  What’s worse, Chinese smartphone maker Xiaomi bumped AAPL out of its traditional second-place post in market share. By Canalys’s calculations, Samsung (SSNLF) held a 19% share of the market, Xiaomi moved up with a 17% share while AAPL held 14%.

Wall Street consensus is for a steep sequential drop in fiscal Q3 iPhone sales, with the average estimate at $33.9 billion, according to Barron’s. The Q2 total was around $48 billion.

But as one analyst notes, it doesn’t tell the whole story of the 5G upgrade. Remember that record-breaking $65.6 billion worth of iPhones AAPL sold in fiscal Q1? Though AAPL was late to the 5G party, there are reports it could step up its iPhone lineup this fall. More on that later.

UBS analyst David Vogt, for example, conceded supply constraints might put a dent in revenues, but still pushed his forecast higher on his belief of robust demand for both iPhone and Macs. He’s looking for $74.7 billion in revenues, up from his earlier forecast of $71.3 billion. By his calculations, that will lead to $1.01 a share, higher than the $0.95 he had previously.

Morgan Stanley’s Katy Huberty is in line with Vogt’s revenue predictions, but she’s edging up profits to $1.02 a share. “We see the combination of mature replacement cycles, increasing 5G adoption, improving retail store traffic, longer battery life and camera quality, and share gains against Huawei as drivers of iPhone outperformance,” she wrote in a note to clients.

Brian White, an analyst at Monness Crespi Hardt upped the ante in a big way: He’s projecting revenues of $80.33 billion, a 35% year-over-year surge that could pump profits to $1.16 per share. That’s still a sequential decline, but most analysts are expecting one.

The biggest drivers in White’s reckoning are iPhone sales at $39.1 billion compared with the Street consensus of $33.9 billion; $9.6 billion for Macs, blowing away the Street’s $7.8 billion; and $17.2 billion for services, a cool $1 billion more than what’s on the Street.

And All the Other Stuff

AAPL investors have long known the rumor mill of new products, services and any other little thing AAPL might be looking into has run rampant. And why not? This is a very cash-rich company that allows it to look at and even do a lot of things in order to better deploy its cash for the good of shareholders.

AAPL ended the March quarter with a jaw-dropping $204 billion in cash and investments. Of that, $38.5 billion was in hard cold cash and the rest in short-term and long-term marketable securities, much of which are held in U.S. Treasuries. Investors might remember that yields on cash and securities aren’t exactly great now, with 10-year Treasury notes at roughly 1.3%.

But here’s a smattering of reports that investors might want to know more about as they think about future prospects for the tech behemoth:

Looks like there’s plenty for investors to chew on here.