Declining oil prices and uncertainty about the fate of tariff relations between the U.S. and China helped draw stocks lower in November. But if holiday shopping expectations play out, the market could get a boost next month. 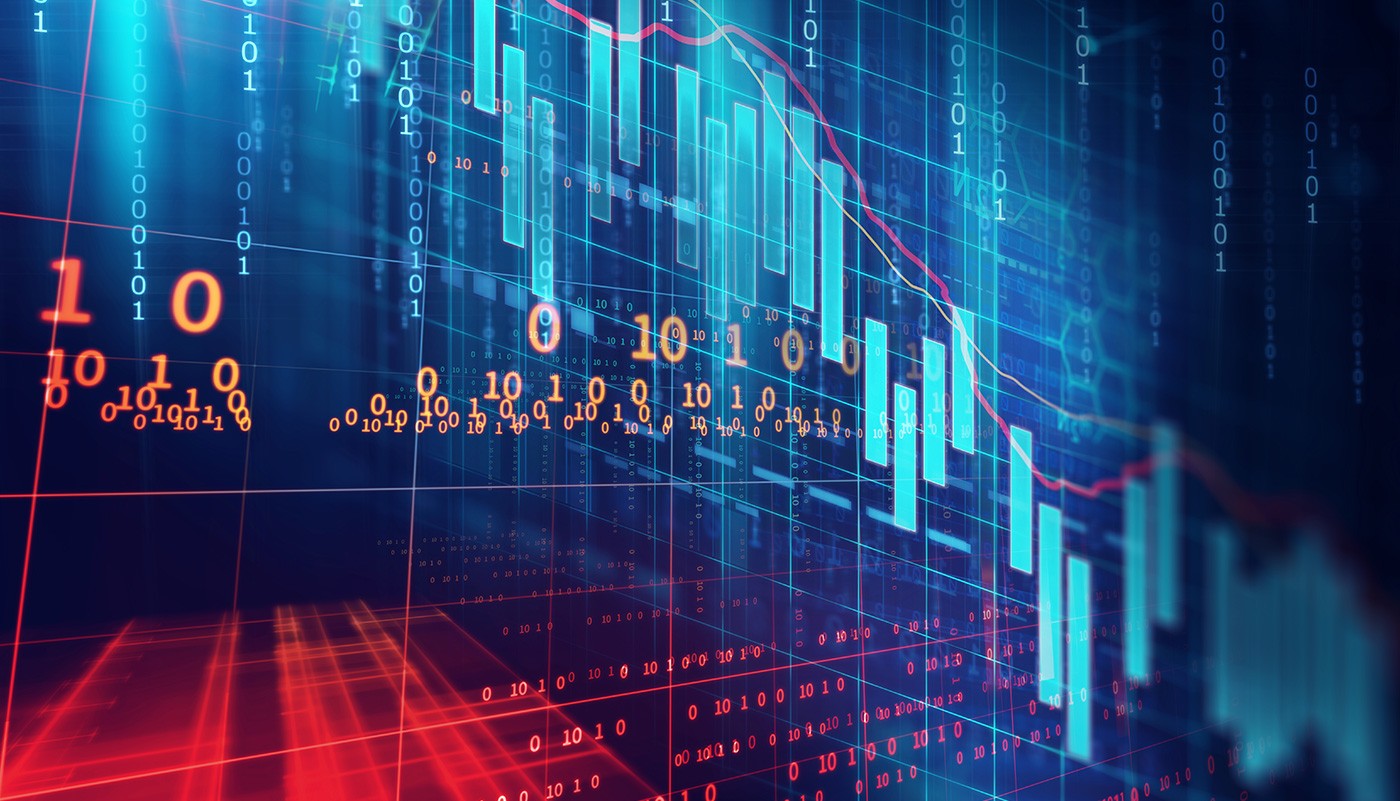 U.S. stocks took a beating in November amid a variety of concerns including rising interest rates, slowing overseas economic growth, Brexit, and falling crude prices. Additionally, news around U.S.-China relations regarding tariffs continued to remain at the forefront this month, weighing on the market.

But by late in the month, major indices that had given up most or all of their yearly gains powered up into positive territory as Fed Chair Jerome Powell delivered dovish remarks on rate hikes.

At its November low point, the S&P 500 Index (SPX) hit correction territory, down more than 10% from its last closing high two months earlier. The Nasdaq (COMP) fell even more steeply than the S&P 500. November’s sell-off followed weakness in October, as investors seem to be repricing stocks on concern that the fundamentals might not support robust earnings growth in 2019.

After Thanksgiving, with holiday shopping in full swing, things began to look a little rosier as anticipation apparently grew that more shoppers might open their wallets this spending season and on optimism on a breakthrough in U.S.-China tariff tensions. Then, stocks really perked up as Powell’s comments gave investors hope for a pause in the rate hikes after December’s near-certain interest rate increase. The S&P 500 marked its biggest gain in eight months in the wake of the speech.

Still, despite the late-month rally, most of November presented a generally bleak picture. Some of the worst-performing sectors over the last month have been energy—beaten down by a fast-falling crude oil market—along with info tech, communication services, and consumer discretionary, sectors that have been affected by the tensions between China and the U.S.

The good news began late in the month as this year’s holiday shopping season got off to a healthy start with Black Friday on Nov. 23. The National Retail Federation (NRF) expects sales to increase up to 4.8%, or up to $720.45 billion this year over last year, as consumers are riding high on a range of positive economic news, from a strong jobs scene to improving wages.

In total, the NRF said the number of shoppers online and in stores declined from the five days from Thanksgiving to Cyber Monday compared to last year, but it says shoppers are not even half way done shopping. Of course, if this year’s expected shopping boom translates into a windfall for retailers like Target (TGT), Macy’s (M) and Walmart (WMT), online retailers like Amazon (AMZN) and eBay (EBAY) could also stand to reap the rewards.

This month, consumer sentiment remained at “favorable levels,” although ticked down slightly throughout the month, according to data from the University of Michigan’s survey. Still, investors might want to keep an eye on this indicator, which can easily be weighed down along with stocks.

While the jury is still out on this year’s holiday shopping results—which will affect Q4 earnings—retailers reporting results this month revealed a mixed picture in this sector.

Walmart (WMT) said it has strong momentum heading into the holiday rush, as it reported better-than-expected Q3 earnings driven by a 43% increase in online sales. Meanwhile Target’s (TGT) mixed third-quarter results sent its shares down by as much as 9% as earnings fell short.

Consumer discretionary, which houses many of the big retail stocks, took a big dive over the last month, likely due in part to concerns about earnings results. Where the sector goes next could hinge on results from holiday shopping.

Apple’s Earnings and the Crumbling “FAANGs”

In technology, shares of Apple (AAPL) fell below its famed $1 trillion market cap, sliding 7% after the company’s fiscal Q4 earnings report. While both earnings and revenue topped estimates, the iPhone maker reported softer-than-expected shipments of the devices. iPhone sales were 46.89 million, about flat from a year ago and down from the 47.5 million expected, according to FactSet. Some investors also seemed to grow sour about AAPL’s outlook and its decision to stop reporting iPhone unit sales.

AAPL wasn’t the only “FAANG” playing defense in November. The other FAANG stocks, which were momentum leaders earlier in the year, all fell into bear markets, down 20% or more from their 2018 highs. Some of this appeared correlated with negative news for the companies, as was the case with AAPL and Amazon (AMZN), which also had issued an outlook many investors saw as bearish. Facebook (FB) and Alphabet (GOOG, GOOGL), continue to struggle with privacy issues. In general, however, the FAANGs seem to be suffering from a bit of investor fatigue along with concern that these names might have gotten overbought.

The trade battle between the U.S. and China is arguably among the main catalysts haunting the tech sector. These companies have been at the forefront of U.S.-China discussions. If no progress is made, tariffs could rise to 25% starting in the new year and potentially put tech companies, especially semiconductor firms, in a delicate position. The tariffs could hit these companies in two ways, either by raising the price of components they buy from China to make chips, or by hitting chips made by U.S. firms in China by that are imported back into the U.S.

In other earnings news this month, shares of Deere & Co. (DE) slid on a lukewarm outlook and an earnings miss, even as adjusted earnings rose 46% year over year. In addition, home builder stocks took a dive when outlooks pared back estimates for new home construction. This came along with recent data showing sluggish demand in the real estate business.

On average, earnings per share growth for S&P 500 companies in Q3 reached 28.6%, according to S&P Capital IQ consensus. That’s a historically high number. However, it’s not too early to start looking ahead to Q4 earnings growth estimates, which the same firm pegs at 17.1%.

Every sector other than utilities is expected to see Q4 earnings gains, according to various estimates, but 2019 earnings estimates from analysts have been coming down lately across the board, hurt by the weaker global economic climate, concerns about trade and Brexit, and falling crude prices. Tough comparisons might also be an issue, along with the fact that financial benefits from the 2017 tax cut are scheduled to be coming out of the equation for many firms.

Despite talks of main oil producers cutting output, oil prices continued their downward spiral in November on concerns of a glut in supply as U.S. stockpiles have climbed steadily for the past two months to 446.1 million barrels, their highest in nearly a year.

Oil prices that were rallying for a good part of this year have plunged about 30% since early October, marking their worst day in three years late this month before reversing course just after the holiday weekend. Last Friday, U.S. crude futures tumbled more than 6% to under $51 per barrel, marking 13-month lows. Both a meeting between U.S. President Trump and China President Xi Jinping at the Group of 20 (G20) summit Nov. 30 in Argentina, as well as the OPEC meeting Dec. 6, could conceivably give investors more clarity on what might be  expected from oil assets in the months ahead.

As the market continued to sputter in November, some investors seem to be hoping for help from the Fed. While rates remained unchanged after the Fed’s November meeting, dovish comments from some top Fed officials, including Chair Jerome Powell, later in the month brought talk of a possible early 2019 “pause” in rate hikes after the December hike that the futures market has basically penciled in.

Stocks surged on his remarks, which were a sharp contrast from his comments about two months ago, when it seemed like a “pause” in rate hikes was further in the future.

Some analysts say lack of inflation, along with sliding crude prices, could mean less pressure on the Fed to raise rates as much next year as the last “dot plot” from the Fed forecast. Still, the futures market pegs a chance for a rate hike next month at 83%.

Looking ahead, analysts now expect on average around 1.5 interest rate hikes in 2019, and none likely until the second half of the year. The Fed’s last dot plot signaled as many as three. We’ll see if there’s some reconciliation of that gap between Fed watchers and Fed members come Dec. 19, when the Fed concludes its final meeting of the year and issues a new dot plot.

Next month, things could be even more unpredictable than they were in November as a newly-elected Democratic-led House prepares to takeover and as well as the ongoing tensions between the U.S. and China. December may be an ideal time to review your investing plan and perhaps adjust your allocations to start the New Year off on a healthy financial foot.

Check out some of our upcoming events, educational content, and programming: