U.S. stocks continue 2019’s rally in March, but then falter. This month, the yield curve conversion between the 10-year and three-month bonds has sparked new concerns about a possible recession. 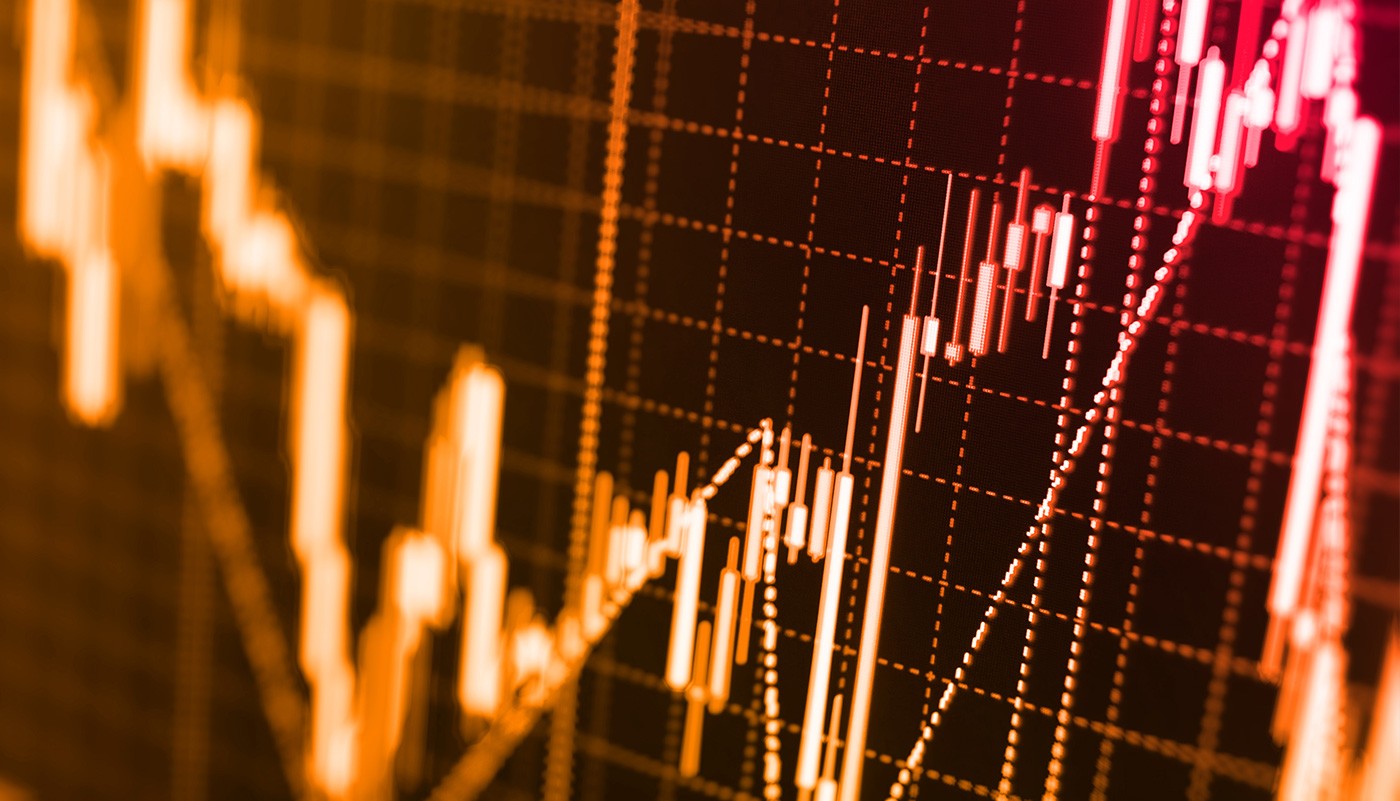 The story in March wasn’t really about stocks, though U.S. indices did cruise to five-month highs before flattening out a little by the end of the month.

Most of the drama, arguably, could be found in the Treasury market. Benchmark U.S. 10-year yields fell to 14-month lows by late March after the Fed signaled that there’d likely be no rate hikes this year and as European and Asian yields sank. The German 10-year yield fell below zero for the first time in more than two years, raising fears of a major European slowdown.

By the end of the month, U.S. investors faced a bit of a puzzle. While the bullish view might be that the economy and corporate America could move forward without the shackles of what the Fed might do, the bearish counterpoint could be that these low rates reflect some really deep concern about the U.S. economy and economies abroad. The stock market wobbled in the month’s final week, though the S&P 500 (SPX) remained on track for possible double-digit Q1 gains.

It’s tempting to say these economic concerns are only about what’s going on in Europe and China, especially after a round of disappointing European manufacturing data late in the month. There were also concerns about how the high-end Chinese consumer might be faring after luxury retailer Tiffany’s (TIF) reported softness in that market.

That wouldn’t be the whole picture, though, because the U.S. economy doesn’t live in a vacuum.

As of March 25, the Atlanta Fed’s GDPNow indicator predicted just 1.2% gross domestic product (GDP) for the U.S. in Q1, down pretty dramatically from last year’s nearly 3% full-year growth. While Q1 featured some notable speed bumps, like the government shutdown and unusually bitter January weather in parts of the country, it can’t be written off as a Q1-only situation. The Fed, which met in March, predicts just 2.1% growth for the entire year, down from its previous estimate of 2.3%.

As if to reinforce this, the latest batch of U.S. data indicated some softness. The preliminary U.S. Manufacturing Purchasing Managers’ Index released March 22 showed the lowest increase in factory activity since June 2017, according to IHS Markit. Manufacturing output, new orders and employment all weakened in March.

What appears to have come home to roost in the last week of March as U.S. stocks stepped back pretty sharply from their five-month highs, is that all the drama going on overseas can and often does have an impact here. The weak manufacturing data out of Europe, the Brexit mess in the U.K., and the unresolved China trade situation appear to be having an impact on the U.S. economy, and that might help explain, in part, the March skid in U.S. Treasury yields.

By the last week of the month, 10-year U.S. yields had inverted with the three-month yield as the 10-year fell to below 2.45% for the first time since January 2018. By comparison, the yield at the start of 2019 was 2.68%, and it had climbed higher than 3.2% last fall. Investors now can get a higher yield by purchasing a three-month Treasury note than by putting their money away for 10 years, something that hasn’t happened since 2007.

While past isn’t prologue, inversions have preceded every U.S. recession going back to 1955 with only one false positive, MarketWatch reported Friday, citing data from researchers at the San Francisco Federal Reserve. The reason inversions are often seen as bad news? They seem to promise lower rates in the future, something typically associated with a slowing economy. But, in today’s case, they may be a sign that the economy could use an interest rate cut, and not a sign of a looming recession, former Fed Chair Janet Yellen said during a Credit Suisse Asian Financial Conference, according to CNBC.

From a sector standpoint, it’s the Financials that might have the most to lose from these softer yields. Financial shares tumbled more dramatically than other sectors in the March 22 sell-off, hurt by fears that a slowing economy could hurt loan demand. Also, the prospect of relatively low interest rates lasting well into the future, as the Fed seems to indicate, could potentially weigh on bank profitability.

In other sectors, Semiconductor stocks have been on a tear this year, likely due in part on hopes for a resolution on the U.S.-China trade issue and rising demand for the chips. This is a sector that was fairly beaten down last year, but now companies like Advanced Micro Devices (AMD) and Nvidia (NVDA) have also been making noise, even as supply issues weigh on pricing. AMD was up more than 40% year to date as of March 25, and NVDA was up about 29%.

Homebuilders have also been faring well this year, and were on track to end March with positive momentum. In February, home sales increased 11.8% from January sales, a record increase, according to the National Association of Realtors.

The next earnings season is only a few weeks away, but a handful of companies, including a few major retailers, reported in March, wrapping up the previous wave of earnings.

Early in March Target (TGT) posted better-than-expected fourth quarter results, thanks in part to a strong holiday season, that sent shares higher. Then, Kohl’s (KSS) continued the positive tone with an earnings report that beat third-party earnings and revenue expectations that drove the stock 7% higher.

Investors had high hopes for athletic apparel company Nike (NKE) given its previous results and hints from other companies like Foot Locker (FL) that its products are in demand. But NKE slid 5% after its North American sales fell short of third-party estimates, although its earnings beat the Street view. Still, NKE shares were up more than 11% year to date as of March 25 as it said it has been focusing on beefing up its products for women athletes.

Finally, shares of luxury retailer Tiffany (TIF) also took a dive on its results, in which sales fell 1% during the holiday quarter and it reported weakening demand from Chinese tourists. But the stock recovered on its plans to try to tap into some global growth opportunities.

Other News that Fueled Stock Movements

This month, Apple (AAPL) has been attracting attention with a few new business moves toward the consumer. The technology giant went on a spree releasing new hardware like updated iPads and iMacs ahead of its announcement on a new streaming service called Apple TV Channels to compete with the likes of Netflix (NFLX). So far this year, AAPL is up about 19%.

Meanwhile, Boeing (BA) has not been faring as well. The defense contractor and airplane producer is struggling with the fallout from two fatal crashes of its 737 Max jets, which have since been grounded in the U.S. and dozens of other countries. Recently, Indonesia canceled a roughly $5 billion order for 49 of the planes. BA said its working on a fix, but meanwhile turmoil has been affecting airlines such as Southwest (LUV) and American Airlines (AAL).

Finally, jeans maker Levi Strauss (LEVI), which was a public company from 1971 to 1985, is once again part of the public trading arena after it launched an IPO this month. While the retail market is generally difficult for traditional retailers, LEVI said it has been stepping up marketing efforts and riding its established brand. So far, shares are a bit in the red.

Like stocks, oil prices enjoyed a fairly good rip in March. Crude oil peaked above $60 per barrel at a new four-month high as OPEC canceled its April meeting, holding its production cuts in place. By the last week in March, crude prices started to soften on worries about an economic slowdown.

Essentially, oil prices this month have been teetering between responding to, on the one hand, tightening supply with OPEC’s sustained cuts and sanctions on Venezuela, and, on the other hand, broader global economic drivers and signs like the inverted yield curve. By March 25, U.S. crude futures traded just below $59 per barrel. That’s well above the low of around $42 last December, but also far from last summer’s highs above $75. You might call current prices, “mid-grade.”

What’s Ahead for The Markets in April

As the new month starts, investors look ahead to a Q1 earnings season that might not deliver all that much of a positive jolt. As of March 25, research firm CFRA predicts S&P 500 Q1 earnings will fall 2.3% year-over-year, with seven out of 11 sectors in the red. This would be the first year-over-year earnings decline since the 2015-16 “earnings recession” when earnings fell year-over-year four quarters in a row.

Guidance from corporate executives could be of special importance this coming earnings season as investors brace to see if the soft quarter is a one-off or might extend into the rest of 2019.

Before earnings season starts, the March jobs report might get some special attention considering February’s disappointing 20,000 new jobs. While jobs growth has averaged around 186,000 over the last three months—a relatively strong performance—it might shake up investors if March delivers another negative surprise.