July Brought Calm Markets Amid a Flurry of Earnings 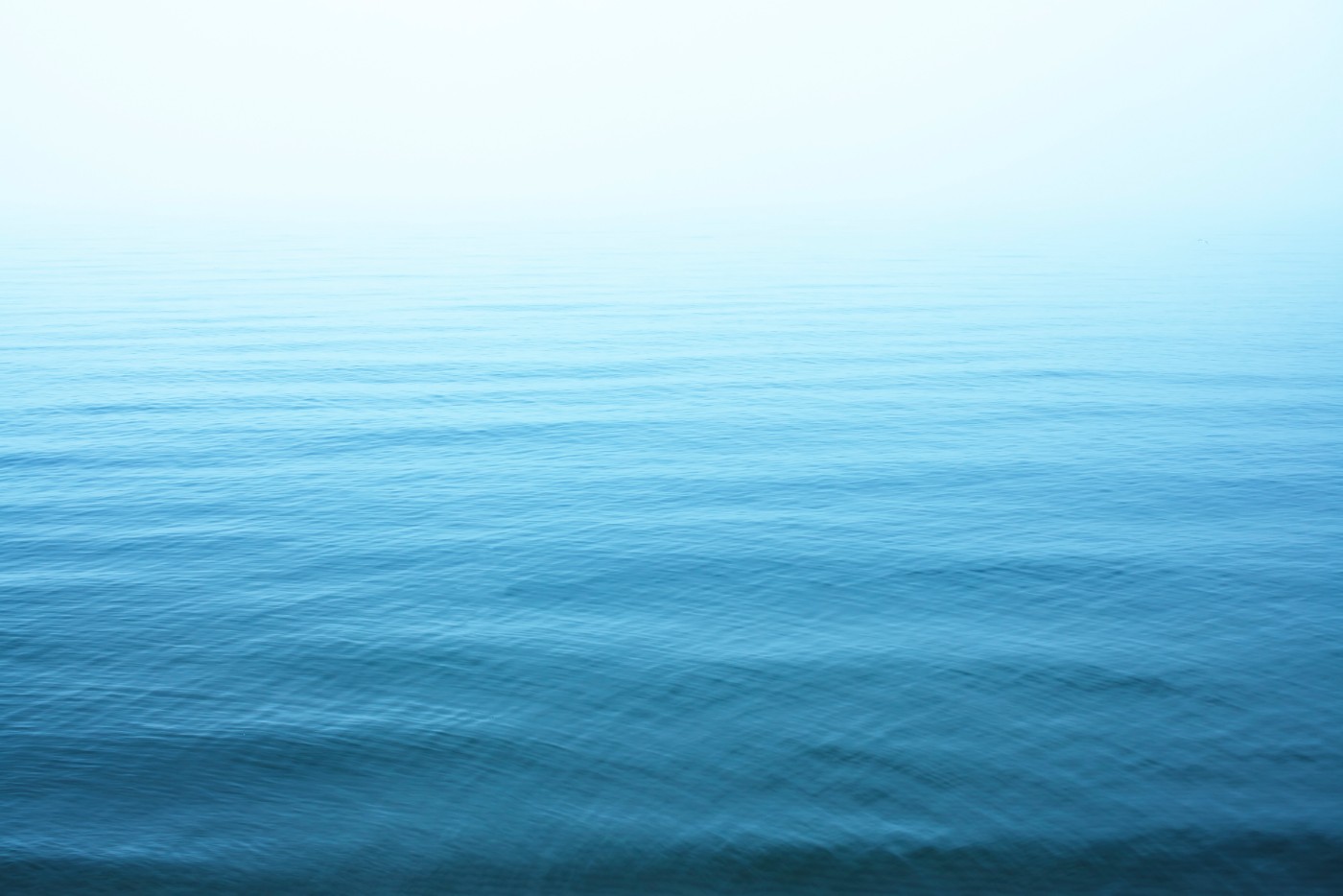 Now that July is winding down, we can take a moment to reflect on this month’s fairly calm seas in the markets and examine where there were pockets of turbulence.

In general, the past month has been another positive one for stocks, which hit new fresh highs in all three major indices: the S&P 500 Index (SPX), the Dow Jones Industrial Average (DJIA), and the Nasdaq Composite Index (COMP). The SPX climbed above 3000 for the first time ever. Both a decent Q2 earnings season so far as it forges ahead into August, along with growing optimism for a rate cut of at least 25 basis points from the Federal Reserve seemed to help buoy sentiment lately.

Of course, not all sectors have performed exactly the same. The stronger performers have been Technology, which kept up its long run with gains of nearly 5% for the month as of July 26, and Financials, which had a stronger-than-expected earnings season (see below). Consumer Discretionary and Industries also thrived in July. If you’re bullish, the mix of strength across many of the so-called “cyclical” sectors might be good to see because cyclicals tend to do well when the economy is in decent shape.

Among the laggards were Utilities and Energy, which were sectors that actually lost ground the past month.

The S&P 500 is still on track to show a 2.6% decline in Q2 aggregate earnings, Barron’s noted in late July. That’s about the same as the Q1 decline, and it would be the first time since 2016 that earnings fell two quarters in a row. Ironically, stocks are up about 20% year-to-date even as earnings sputter, but that might go back to investors not wanting to “fight the Fed” as a possible rate cut looms.

For the first time in more than a decade, the Fed is expected to cut its benchmark interest rate today. While U.S. stocks seems to be on a roll and the U.S. economy generally in good health with consumers helping to drive growth, the Fed might see another picture around the world. Globally, the scene appears to be slowing, and that could eventually hit home, according to one line of thought. Trade wars between the U.S. and China have shown no signs of resolving soon, which arguably adds further fuel to the rate-cutting case.

Domestically, there are a number of economic bright spots that some analysts say could be a reason the Fed might want to consider staying pat on rates after July. The biggest is arguably the booming jobs scene, with U.S. unemployment now at a 50-year low. June payrolls growth, announced in early July, helped anchor thoughts that the economy could be stronger than some had thought after a disappointing May number.

The headline number for June came in at 224,000, well above the Briefing.com consensus expectation for 160,000 jobs to be created. The new number was a hefty boost from the downwardly revised 72,000 jobs added the previous month.

The healthy consumer continued to hide a lot of the economy’s ills, including weak manufacturing data. Despite wages and inflation not growing as much as some economists may have wanted to see, if people are employed, they tend to be spending money, and that helps keep the economy moving along. That’s why the payrolls report has so much influence.

Looking ahead to the rest of the year, CME group futures prices build in around 68% odds of another Fed rate cut in September and more than 50% odds that there will be three rate cuts total in the second half.

What Else Happened Amid Fed Rate Cut Anticipation

The futures market may have stopped building in hopes for a 50-basis point move and pinned its hopes on a 25-point move for reasons beyond just the jobs scene. Other recent strong data includes durable goods, which helped balance weak manufacturing and stronger-than-expected Q2 gross domestic product (GDP) growth.

Volatility as measured by the Cboe Volatility Index (VIX) briefly dipped below 12 late in July for the first time since April as stocks rallied to record highs. However, VIX can sometimes be a contrary indicator, and stocks fell moderately the next day as VIX rose back to well above 12. Volatility generally stayed below historic averages in July, with VIX only touching 14 a couple of times.

U.S. Treasury yields flirted with falling below 2% again late in July as expectations built for a possible rate cut in Europe this fall and as the Fed appeared ready to lower rates. The soft U.S. yields probably reflect in part the negative yields prevailing in Europe and Japan, with Germany’s 10-year bund yield falling to record lows in July. Low rates in Europe tend to raise overseas demand for U.S. Treasury notes, and the resulting rally in U.S. Treasuries brings yields lower here, too.

Where the Earnings Tides Rose and Fell

As Q2 earnings season charges into August, investors already have a good sense of how this quarter is going overall — and that’s swimmingly. So far, of the companies that have reported, about 76% have beaten earnings estimates and 61% have beaten revenue estimates, according to FactSet

Looking at earnings performance, the theme lately has arguably been simple: Consumer good, and international bad.

U.S. manufacturing companies with heavy exposure to China seemed to be struggling on the earnings front, while U.S. companies mainly driven by consumer spending at home have generally delivered, so far, much better earnings than expected. Earnings have been breaking down along those lines in terms of companies reporting, overall.

While earnings season started off generally better than many analysts had expected, investors were reminded that expectations were low in the first place. That meant companies that did beat on earnings only got slight rewards, and companies that missed got hammered.

As usual, the wave of earnings kicked off with big banks. They looked mostly better than analysts had expected, but their stocks didn’t see too much of a boost from the numbers. A lot of the strength in bank earnings flowed from the consumer business, and JP Morgan (JPM) CEO Jamie Dimon said he sees positive momentum with the U.S. consumer. Big banks continued to see pressure on their trading businesses in Q2.

Getting into some examples, JPM posted record profit of $9.65 billion in Q2, up 16% from the year prior; Goldman Sachs (GS) beat revenue and earnings expectations, driven by its investment banking and trading division; and Bank of America (BAC) also had its best quarter ever in terms of profits, up 8% year over year to $7.3 billion.

Even though banks had a good quarter all around, it’s probably way too soon to say the banks have their mojo back. After all, a Fed rate cut could potentially dig into their profitability. However, a few more quarters like this could put Financials back in the swing of things.

In earnings from other sectors, healthy results from Johnson & Johnson (JNJ), McDonald’s (MCD), Chipotle (CMG), Starbucks (SBUX), and Coca-Cola (KO) showed the strength of today’s consumer, who seems to be in spending mode.

The closely watched cloud businesses at Microsoft (MSFT) and Amazon (AMZN) both saw growth slow in the companies’ most recent quarters, with Amazon Web Services revenue missing analysts’ expectations. Microsoft’s (MSFT) Azure growth also slowed sequentially, but some analysts said they think MSFT might be picking up strength in the cloud field.

While many companies fared well, other major earnings might give reasons for pause. Tesla (TSLA), Ford (F), and Caterpillar (CAT) are some that got hammered on the heels of their reports.

Tesla, which was down more than 30% year-to-date as of the end of this month, said it expects to return to profitability by the end of the year, but its Q2 revenue and earnings fell short of expectations. Ford, which has been cutting thousands of jobs and investing in hybrid initiatives, also posted earnings that missed estimates, and its guidance for the year also fell short. Caterpillar also cut its full year guidance as it struggles with rising material costs and waning demand in China, compounded by tariff woes.

What Could Resurface Next Month

Some topics that drove the markets earlier this year seemed to take a back seat in July— but certainly haven’t gone away.

For one, China and the U.S. have yet to come to a resolution regarding tariffs. It was an issue that once caused hair-trigger like reactions in stocks, but this month concerns here were more muted. In July, China and the U.S. continued to move back toward talks about the trade situation, but signs of progress were few. Still, markets got a lift late in the month on words that face-to-face talks were beginning.

Meanwhile, crude prices couldn’t find much traction the past month despite a hurricane that interrupted U.S. production and tensions in the Gulf as Iran seized a British tanker. Signs of weak economic growth globally appeared to weigh on crude, which was trading just under $56 a barrel in the U.S. by late July, down from highs above $60 earlier in the month.

Also gold rallied to its highest level since 2013 in July back above $1,400 an ounce, likely helped by worries about Brexit, Iran, and trade jitters with China. And the U.S. dollar continued to strengthen this month, especially as other currencies retreated amid weaker conditions.