Though January was marked by a steady climb in the stock market after a December selloff, the month seemed charged with uncertainty as major geopolitical questions remained unanswered and consumer confidence appeared to waver. 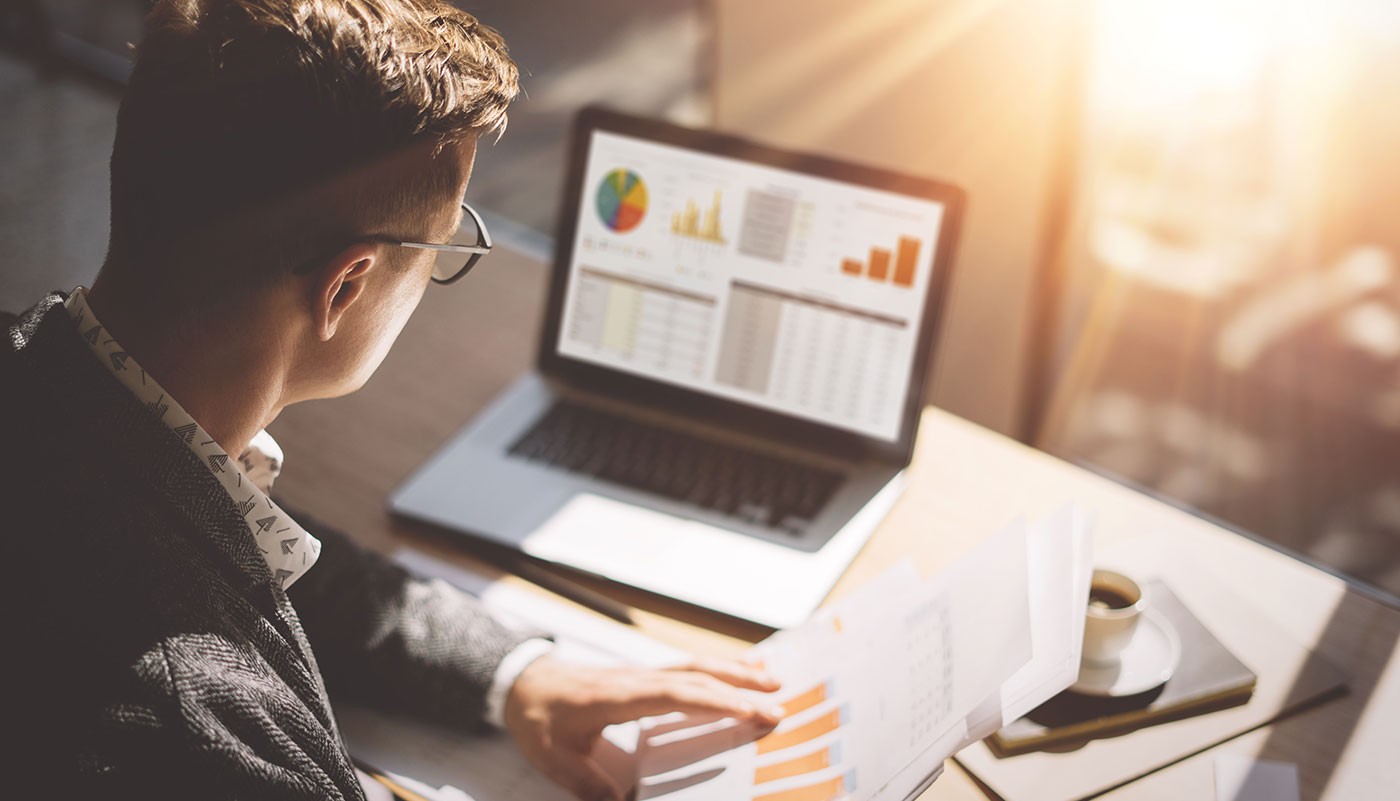 January saw stocks march steadily back to recoup much of the losses suffered since last fall’s record highs, with a flurry of major earnings including from Apple (AAPL) and Boeing (BA) helping to keep up the momentum. In addition, the late-month Federal Reserve meeting further underscored the Fed’s generally dovish approach as it said it was set to hold rates steady. Many Wall Street analysts now believe a March hike is unlikely.

Optimism about potential progress in U.S. talks with China, strengthening commodity prices and a general sense that the December sell-off might have been overdone all helped contribute to the stock market’s partial recovery. Volatility—which had spiked in late December—eased quite a bit in January as calmer markets prevailed. By late January, the S&P 500 (SPX) had moved above 2680, compared with a low near 2350 in December. The market’s main fear indicator, the VIX, fell to 18 as of Jan. 30 after scrambling above 30 a month earlier.

That said, there was still a lot up in the air as the month drew toward a close, and volatility often resurfaced on signs of any bad news. A U.S. partial government shutdown for most of the month had some investors worried about potential impact on economic growth. While the government has reopened with stopgap funding until Feb. 15, it’s still uncertain whether it will be funded after that, and by which budget deal.

Finally, a series of tepid data out of Asia made clear that growth is slowing there. The European economy also appeared stuck in neutral, and there’s still no solution in sight for Brexit.

The Fed seemed to step back throughout January, with a series of speeches from key Fed officials indicating that the central bank might pause for a while and keep an eye on the data. That sentiment was hammered in at the Jan. 29 to Jan. 30 meeting, when the Fed held interest rates steady and expressed little urgency about the next increase.

After four rate hikes in four quarters in 2018, the Fed meeting appeared to help give stocks a boost, with the SPX, Dow and the Nasdaq, all up around 2% in the aftermath. (Although robust earnings from AAPL and BA also contributed.) Lately, the Fed went from being a primary factor among investor concerns to more of a secondary one, and this might continue throughout the first half, barring a sudden inflation uptick.

The January recharge came in part from hope that the U.S. and China could reach some sort of agreement. Positive developments included a set of talks early in the month that both sides called productive, and an offer by China to completely eliminate its trade surplus with the U.S. by 2024, according to news reports. China also offered to boost imports of U.S. goods (which it would probably have to in order to reduce that trade surplus), though the situation remains unresolved. Some sectors that might get a lift from that would include agriculture and energy.

All this helped inject some optimism into the stock market around mid-month, and the SPX rose four weeks in a row. At the same time, the 10-year U.S. Treasury yield, which got buried below 2.6% by late 2018 after reaching 3.2% earlier in the year was just above 2.7% as of Jan. 30.

Surprisingly, corporate executives holding earnings calls with analysts through mid- and late-January didn’t really provide much clarity on how the China situation might affect their companies. That could be a sign that they’re as uncertain as the rest of us and simply waiting for more details. Whatever the case, the general tone on these calls seemed pretty conservative. It appears executives might be cooling their heels, not wanting to make big plans until they know how some of the geopolitical factors might play out. Conservative executives could lead to investors also taking a more conservative stance as the March 1 deadline draws near.

With a wave of earnings churning into February, sentiment seemed to improve quite a bit from Q3 to Q4. Last year, almost any company reporting even minor negatives generally saw their stock get punished. January, on the other hand, kicked off with two of the biggest banks—J.P. Morgan Chase (JPM) and Citigroup (C)—missing at least one third-party consensus estimate for either earnings or revenue but still getting a stock market boost. Meanwhile, Bank of America (BAC) and Goldman Sachs (GS) posted impressive Q4 results, while Morgan Stanley (MS) appeared to disappoint.

Financials suffered badly in the stock market last year, but that turned around a bit in January. Most of the major big banks saw softness in their trading businesses, but investors appeared to discount that and focus on better loan growth and wealth management numbers. Some of the regional banks reporting in January also seemed to perform well in Q4.

By late January, the S&P 500 Financial sector was up almost 6.3% year-to-date, with AAPL and BA earnings in focus as both are considered bellwethers for the broader economy. AAPL reported Q1 earnings and revenue that topped the third-party consensus estimates, with growth in nearly every segment except iPhone sales, which were below expectations. As expected, AAPL revealed weakness in China as it had warned earlier this month.

And BA’s earnings of $5.48 per share blew past third-party estimates for $4.58 per share as revenue was up 14% year over year. Perhaps most significantly, BA’s profit margin was up 12% year over year. The defense contractor also reported guidance well past analyst estimates thanks to growing expectations for commercial airplane deliveries.

In other significant earnings this month, Caterpillar (CAT) shed some light on how China’s slowdown and the U.S.-China tariff situation may be affecting U.S. companies. The equipment manufacturer reported lower than expected Q4 earnings and guidance, citing in part both those factors as well as increasing freight and material costs as a result of tariffs. CAT plunged more than 9% as a result.

Communication Services was another sector in the green as of late January, helped in part by Netflix (NFLX). The company’s shares rose nearly 40% between late December and late January as it announced a subscription price increase and reported a mostly better-than-expected quarter. However, revenue just missed analysts’ expectations.

While NFLX might generate some optimism about consumer demand, there were also some warning signals that maybe not all is well at the shopping mall. Holiday sales figures released from Macy’s (M), Nordstrom (JWN), and Tiffany (TIF) all disappointed, hitting the consumer discretionary hard on certain days in January.

Also, a bit of concern developed when the January University of Michigan Sentiment report headline number fell way short of Wall Street analysts’ expectations. The reading came in at 90.7, down from 98.3 in December and below the Briefing.com consensus of 96.0. The people surveyed in the report said they were concerned about the partial government shutdown, the impact of tariffs, instabilities in financial markets, the global slowdown, and the lack of clarity about monetary policies.

Those consumer confidence numbers might put some investors on guard going into February. It appears that the geopolitical turmoil is starting to work itself into some folks’ shopping decisions. The U.S. partial government shutdown—which had 800,000 federal workers not getting paid and could begin again if there is no budget resolution next month—could even start to slow Q1 gross domestic product (GDP) growth.

Another development here was a jump in U.S. crude oil prices from lows of below $43 a barrel in late December to near $55 per barrel by Jan. 30, a two-month high. The crude market often can help pinpoint whether global economic growth is accelerating or skidding.

This month, oil prices got boost from the U.S. sanction on Venezuela’s oil industry, which caused supply concerns. On top of that, U.S. crude inventories rose less than expected the week of Jan. 21, sending prices a bit higher.

Risk Embrace Resumes, But For How Long?

By late January, there was a growing sense that even with weak economic data out of China and the continued housing market softness in the U.S., there might be a chance for things to really improve if geopolitics would just get out of the way. This perception might have led to more “risk-on” type of trading.

Back at the start of the month, it appeared that certain sectors might need to show leadership if the rally was going to grow some legs. By late January, it looked like some of the key sectors have come through. Leaders so far this year included some of the key cyclicals: Energy, financials, industrials, and consumer discretionary were the top performers year-to-date as of late in the month. All these sectors have outperformed the S&P 500 (SPX) since the end of December, perhaps a sign that some investors are starting to feel more comfortable embracing risk.

Meanwhile, some of the so-called “defensive” sectors that helped lead in Q4, including utilities, health care, and staples, were all near the back of the pack so far in January. There’s still a long way to go in Q1 and the next news about trade with China could always conceivably be negative and help make people risk-averse again, but investors’ embrace of more aggressive stocks appears to be a positive sign.