Things to Watch in February: Earnings, Brexit, and Volatility 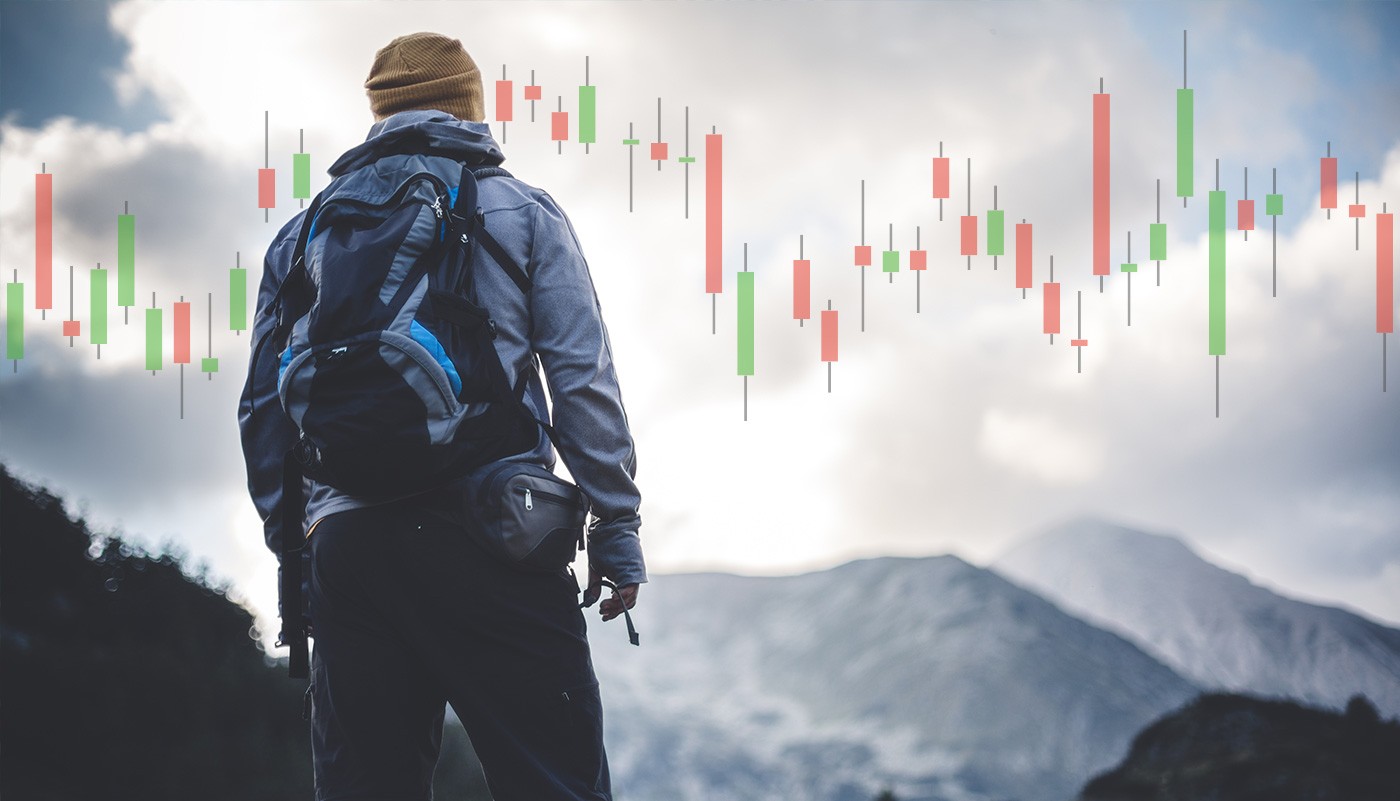 February could bring a heaping plate of geopolitical drama to markets around the world, potentially helping to end a brief calm that settled over January.

As the month starts, markets were basking in the Federal Reserve’s decision to hold interest rates steady, along with better than expected earnings results from Boeing (BA) and Apple (AAPL). In fact, many Wall Street analysts have indicated they now expect no interest rate increase at all this year after the Fed said it will remain “patient.” So stocks begin February propelled in part by the ongoing earnings season and the Fed’s dovish tone.

Still, several question marks hover over the next few weeks. First, the U.S. and China  only have about four weeks until their self-imposed early March deadline to get some sort of trade agreement in the books, or we could see tariffs jump. Of course, any more trade tension could likely put the market in a tailspin in both countries and perhaps around the world. As of late January, optimism seeped in around positive developments, but there was no word of an imminent deal.

That’s just one reason why volatility—which surged in December as investors fretted about a possible global economic slowdown—could once again become a factor into February. The markets spent January recovering from December’s sell-off, but as a new month begins nothing is certain. Even the government shutdown—which ended with stopgap funding through Feb. 15—could resurface if lawmakers don’t agree on an immigration and border security deal.

As of late January, the S&P 500 Index (SPX) was up approximately 7% year to date, the Dow Jones Industrial Average ($DJI) was up about 7.2% and the Nasdaq (COMP) was up 8.2%. At the end of last year, key sectors like info tech, financials, and transports had remained under pressure, signs that investors apparently had doubts about U.S. and global economic growth. But those sectors showed much more buoyancy throughout January. The fact that COMP is leading the major indices might be an early sign of investors starting to embrace more risk, since it’s dominated by tech and biotech names. In addition, the small-cap Russell 2000 (RUT) had the best start to a year since 1987.

The market remains headline-driven, meaning the China “news du jour” might drive sentiment on any given day. Certain stocks that sometimes serve as bellwethers reflecting the ups and downs of negotiations— including Boeing (BA) and Caterpillar (CAT)—might be good ones to consider watching for hints about how the market as a whole sees the talks progressing as February rolls along.

However, it’s not just China negotiations echoing around the markets. February is set to begin with Europe and the U.K. still at odds over Brexit. This comes after a vote in January by the U.K. Parliament solidly rejected a compromise agreement put forward by British Prime Minister Theresa May. She survived a no-confidence vote later the same week. Now there’s talk of the U.K. possibly asking the E.U. for an extension of the March 29 exit date.

Meanwhile, back in the U.S., a partial government shutdown that found a three-week resolution until Feb. 15 could be followed by more political tension as the investigation of Russia’s alleged interference in the 2016 presidential election seems to be getting close to some kind of conclusion. This isn’t a political column, but any potential fireworks in Washington, D.C., can’t be discounted for their possible impact on the markets.

Needless to say, geopolitics looks like it might continue to be a prime contributor to volatility in the stock markets, so the slight easing of market choppiness in the latter half of January shouldn’t necessarily be seen as an extended return to more placid times. The market’s most closely watched fear factor, the VIX, fell to below 18 by Jan. 30, well below the highs above 30 seen during December’s turbulent trading. Whether VIX can stay below 20 with all the politics on investors’ plates remains to be seen.

Even without all the geopolitics, there’d probably be plenty for the market to absorb in February. Earnings season—which began in mid-January with some of the biggest U.S. banks and airlines giving somewhat mixed readings and retailers reporting disappointing holiday sales—grinds on. January’s bright spots in earnings, including from AAPL and BA, are helping to set an optimistic tone for February.

Companies have been churning out market-pleasing results the past year, but keep in mind that this year, Wall Street’s expectations are a bit more tempered after recent softening guidance. In Q3, S&P 500 earnings growth was 22%, but might be just over 12% for Q4, according to research firm CFRA. With this next wave of releases, keep in mind that investors are likely to still be more interested in what companies have to say about their future performance as opposed to their current numbers. So far, if their stocks are any gauge, some companies have caused alarm with their guidance, while others have impressed.

Banks actually began Q4 earnings season with arguably decent results. But Morgan Stanley (MS) then joined the chorus of banks reporting struggles with fixed income trading as Q4 earnings and revenue both fell short of estimates. Total revenue was down 10% year over year to $8.55 billion, short of the $9.3 billion the Street expected. MS, which also noted declines in its wealth management business, said that it saw softness in the weeks after Thanksgiving and its CFO said that the quarter ended “messily.”

Finally, retailers like Macy’s (M) and Walmart (WMT) are also on tap and could help shed some more light on how the holiday sales season fared through both brick-and-mortar locations and online channels. We’ve already seen December sales results from M and Nordstrom (JWN), which both were softer than expected, which could be because online retail is continuing to snag market share from traditional retail as holiday sales overall were fairly healthy.

To stay on top of earnings news, visit The Ticker Tape Earnings page.

The Fed won’t be absent from discussion either after concluding its January meeting, where it left rates unchanged.

So far in 2019, U.S. economic data, especially inflation, has looked pretty benign. This, along with dovish remarks from various Fed officials, have some analysts reporting they expect a rather lengthy pause in further Fed tightening. While investors will probably want to continue monitoring data in February, especially the January jobs report early in the month, that Fed brake pedal hanging over the market all of 2018 appears to be a little less of a factor, at least for now.

With the Fed widely expected to take a less hands-on approach in the first half of the year, one economic market that might be worth a more careful look is the U.S. dollar.

Last year, the dollar went on a wild ride from multi-year lows early on to 18-month highs by December as the Fed continued to tighten the screws. The wildcard here, however, might be Brexit. If March approaches and there’s still no sign of a clear Brexit off-ramp for the U.K., that could pressure the pound and potentially the euro, with the possibility that some investors now parking money in those currencies or European bonds might seek protection in the greenback or U.S. Treasuries.

Here are a few data and events to watch for in February.

Speaking of Treasuries, that’s a market that appears to have some economists scratching their heads as February approaches.

Despite continued robust U.S. economic data, the benchmark 10-year Treasury yield was just above 2.7% in late January, down about 50 basis points from last fall’s highs. At these levels, it seems the fixed-income market is predicting a good deal of U.S. economic slowdown in 2019, but most analysts still project decent growth.

In late February, the government is scheduled to release its second look at Q4 gross domestic product (GDP), but this is a backward-looking indicator. Investors might want to keep an eye on the Federal Reserve of Bank of Atlanta’s GDP Now site throughout February to get a sense of how Q1 growth is shaping up, particularly in light of the long government shutdown. That site was not updating during the recent government shutdown, but hopefully will be back up soon. Also, the initial estimate on Q4 GDP from the government got delayed, and now might be coming out in February.

Meanwhile, keep an eye on crude oil prices, which rebounded in January from below $50 per barrel to above $54 per barrel. Oil prices are still well off their October prices of above $76 per barrel, but lately they seem to be responding well to broader positive economic signs and hopes for a resolution in the U.S.-China tariff standoff, as well as supply concerns as the U.S. imposes sanctions on the Venezuelan oil industry.

It’s Not Too Early to Prepare for Tax Season

Taxes may not be due until April 15 this year, but you can still begin gathering documents and receipts you’ll need to file your 2018 returns. By February, most taxpayers will have already received their W-2 forms from their employers as employers are required by law to send them by Jan. 31.

Remember, this year brings significant changes in the tax code that could affect how you file your taxes, including whether you will itemize or take the new standard deduction, which has roughly doubled. The time between now and filing day may also be the time for evaluating if you should make additional contributions to any IRAs or retirement accounts you may have for potential tax advantages. Finally, you can take some time to revisit your plan for contributing to your IRA or 401(k) plan as those maximum contribution limits have increased for 2019.