Equity Markets are Mostly Flat, but Bonds are on the Move

Equity markets aren't moving much today, bond bonds are selling off which is driving up yields. TSLA, BABA, and CALM are all moving today. The health care sector has been outperforming over the past month. 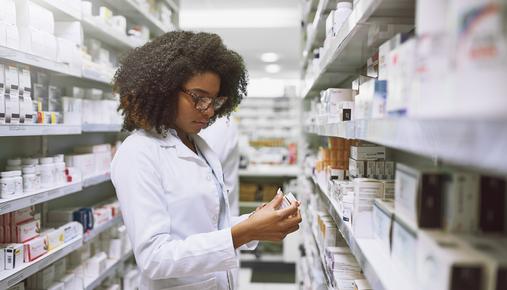 There is little in the way of economic news this week, and the earnings calendar is sparse as well, so that will likely lead to lighter trading volumes today and tomorrow. Traditionally, however, the last trading day of the year does see increased activity as investors turn to last-minute tax harvesting.

While the equity markets aren’t moving much today, the bond markets are a different story. The yield on the 10-year Treasury Note ($TNX) is up 2.63% today, pushing the yield to 1.52%. Keep an eye on financial stocks today to see how they react to the bond sell off.

One of the big names moving this morning is Tesla (TSLA), up .50%. According to regulatory filings, Tesla CEO Elon Musk sold another billion dollars’ worth of shares, which means he has now sold nearly $16 billion of TSLA stocks since November, according to MarketWatch.

Heading the other direction is Alibaba (BABA), which is down .95%, after Bloomberg News reported Alibaba is in discussions to sell its entire stake in Weibo (WB), a Chinese social network company.

Technology stocks were the worst-performing sector and weighed down the tech-heavy Nasdaq Composite(COMP: GIDS), which closed 0.56% lower. Instead, investors appeared a little more defensive as utilities, consumer staples, and real estate were all in the top five. Of course, trading volumes were lower than normal because the week is sandwiched between major holidays.

One consumer staple stock that rallied was Cal-Maine Foods (CALM). It rallied 3.79% ahead of announcing earnings after the close. However, investors weren’t impressed with the announcement because the stock fell 6.95% in after-hours trading. The company reported lower-than-expected earnings despite an increase in sales. The company cited higher labor costs cutting into profits.

Vista Outdoor (VSTO) rose on news that the company would acquire Stone Glacier hunting gear. The stock rallied 4% after the announcement. Vista has risen more than 500% in the last two years as sportsmen have dealt with an ammo shortage.

As a person who spends a lot of time consuming and participating in financial media, I’ve noticed that the health care sector has become a favorite of many financial media analysts for 2022. Outside of a few pharmaceutical companies making vaccines and therapeutics to battle COVID-19, health care stocks have underperformed nearly all sectors in 2021. However, the sector moved to the top of the pack in December with the Health Care Select Sector ($IXV) returning 6.35% for the month.

One reason investors are looking at health care is it is a defensive sector, and defensive sectors have been popular lately. Many investors rotate sectors, depending on how sectors perform during economic cycles. In 2021, energy and materials sectors performed well because of rising inflation. These sectors often outperform in the late stage of an economic expansion. As the expansion moves forward, many investors prepare for a potential recession or economic weakness by purchasing health care stocks because health care is one of those products everyone needs no matter what the economy is doing.

Health care stocks also have low valuations compared to many other sectors. According to Yardeni Research, the health care sector has a forward price-to-earnings (P/E) ratio of 16.2. The S&P 500 has a forward P/E of 20.5. Technology is at 26.9, and consumer discretionary is 31.1. The lower valuation could be attracting more investors.

Side By Side: Trading with the sector rotation isn’t as easy as it may sound. The market’s ebbs and flows can make it appear that some sectors are strengthening only for them to fizzle out. Another issue is that all sectors could be rallying or falling. It may just be that some sectors are rallying faster or falling slower. Using tools like comparison charts over different time frames or the relative strength indicator can help investors identify stronger groups. Finally, there’s no guarantee that just because the group was strongest in one month it will be the strongest next month.

Subjective Value: Monitoring sector valuations can help identify sectors with potential, but that’s not always the case. According to research by Yardeni, the sectors with the lowest valuations include energy at 10.5 and financials at 14.1. The defensive sectors have forward P/E ratios of 16.2 for health care, 18.9 for utilities, and 19.9 for consumer staples. (The report didn’t cover real estate.)

Currently, inflationary stocks have the lowest valuations when measured with forward P/E ratios, while some defensive sectors like consumer staples have valuations closer to the S&P 500 at 20.5.

Finally, I’ll be out of the office for the next two days, so our next market update will be Monday, January 3rd. In the meantime, HAPPY NEW YEAR to all!