Retailers are Gearing Up for Quarterly Reports: Keep WATCH on Stocks in this New Acronym

Despite tepid earnings expectations for Q2, retailers may be a mixed bag. Some big-box stores continue to see growth, while many old-line department stores struggle to stay afloat. 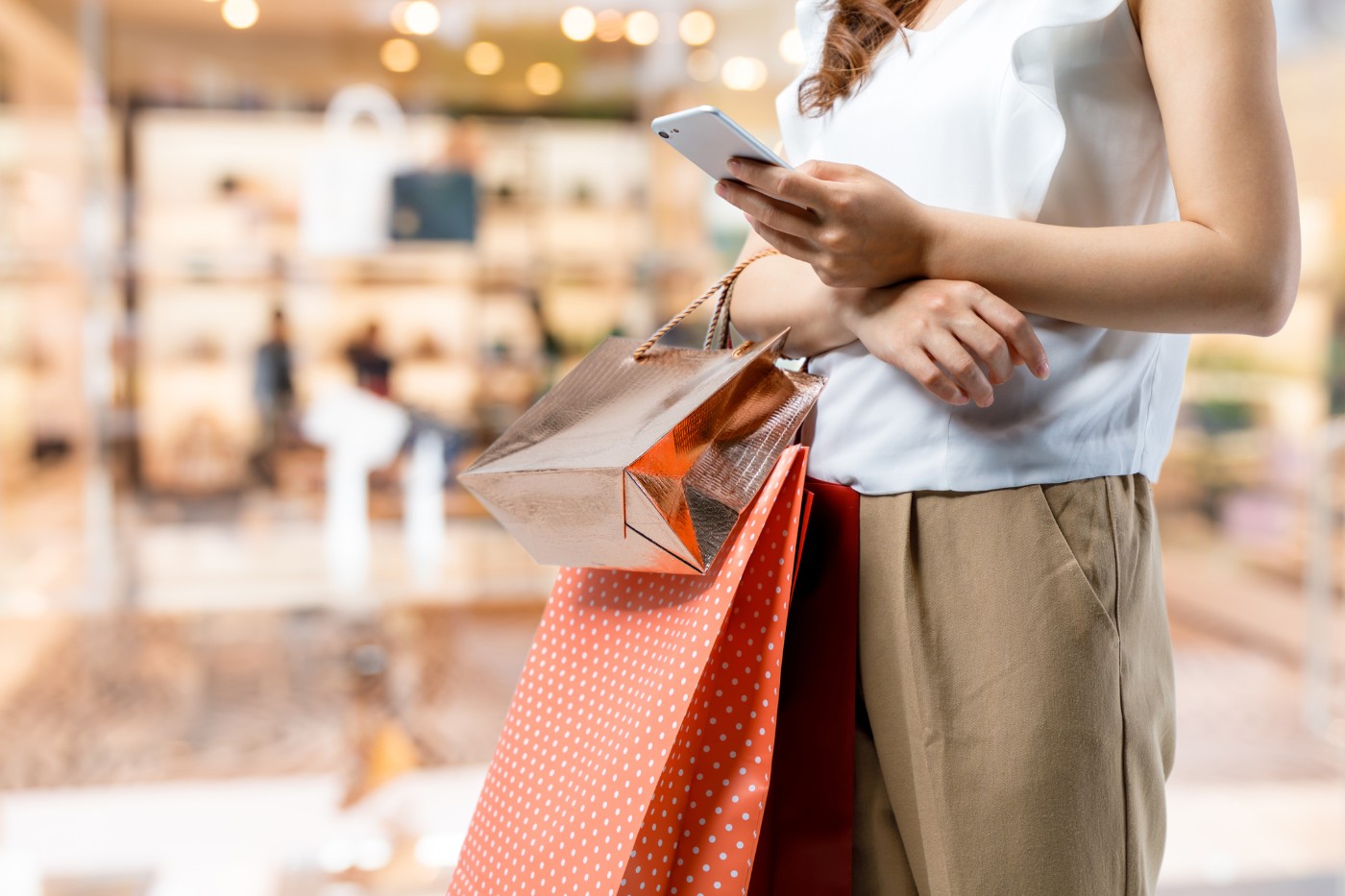 As retailers get in line to roll out their quarterly earnings results in the coming weeks, the sharp divide between the fortunes of some of the nation’s largest retailers will come into focus. Again.

Given the record number of store closings already announced this year, investors shouldn’t expect a whole lot of good news to come out of some of the nation’s largest merchants.

Many analysts expect department store retailers like J.C. Penney (JCP) and Kohl’s (KSS), for example, to continue to show deteriorating sales as they struggle to keep up with the shifts in spending.

But there’s a group of consumer players now tagged as WATCH—perhaps considered the retail equivalent of the FAANG stocks—that many investors will be, well, watching closely. These could be outperformers compared to some legacy retailers, particularly those in the department store and casual fashion sectors.

Changing of the Guard?

There was a time when WMT was considered the big gorilla, opening gargantuan one-stop-shopping meccas in urban, suburban and rural areas, stomping on similar retailers and mom-and-pop stores alike with unbridled abandoned.

That title may have gone to AMZN. It’s not exactly clear what came first—the chicken or the egg—in this consumer shopping paradigm, but the dramatic shift in spending habits to e-commerce has left many a brick-and-mortar retailer in the dust, sometimes literally.

Already this year more than 7,000 store closings have been announced, according to Coresight Research’s tracking. That’s well ahead of last year’s results of 5,864 closures – and it’s only July. Many merchants blame Amazon for having instigated what is nothing short of a revolution in how consumers shop (and comparison shop) online for better prices.

Retailers across the nation have been combatting this trend to stay alive, with many having already waved the white flag, including Circuit City, Toys “R” Us and Sears Holdings (which included former big box leader K-Mart) having fallen into bankruptcy. Circuit City and Toys “R” Us have totally gone dark while the vast majority of Sears and Kmart stores have closed or are closing.

Consider Keeping a WATCH on These Stocks

But the WATCH group, which includes Amazon, seem to be engaging in a new retail warfare for share of wallet.

Goldman Sachs recently initiated coverage of WMT, TGT, COST and HD with buy recommendations, adding all of them to its conviction buy list, noting “outperforming comps and operating income growth” in its new coverage of retail stocks.

“In our view, operating income dollar growth, market share growth, and defensiveness” are key criteria for the sector in light of the current macroeconomic backdrop, according to the report. “We note the big box retailers are best positioned based on these metrics over the next year,” the report said.

Indeed, WMT, TGT, COST and HD are going head on in their pursuits to keep their brands relevant as Amazon stampedes ahead with shopping “holidays” like Prime Day.

Though the results of Prime Day, now a 48-hour event offering big online sales to Amazon Prime members, won’t be part of this month’s quarterly results, investors likely will want to know how it went. After the close of the event, Amazon called it the “largest shopping event in Amazon history.”

Though the company didn’t release an actual sales figure, Victor Anthony, an analyst at Aegis Capital, expects the Prime Day 2019 to have rung up $6 billion in sales over the two days, up $2 billion from last year’s $4.2 billion, he said on CNBC. But he expects other retailers to have gotten a piece of the action too, adding that “Amazon has created an event for all in the retail industry.”

For example, TGT offered doorbusters and other incentives during its Deal Days, and WMT called its summer blowout “The Big Save.” Each ran concurrently with Prime Day.

We’ll see how that all shakes out, but analysts expect other WATCH stocks to turn in solid earnings and revenue growth.

Amazon investors also are likely going to want to hear more details about the e-commerce giant’s recent tie-in with Lady Gaga, arguably one of the biggest and most bankable stars in the nation.

The two are launching her fledgling beauty collection and startup Haus Laboratories. It’s a deal that appears to offer opportunity for both Haus and AMZN. For AMZN, a successful launch will give it credibility in the luxury-brand world. For Haus, it’s the global reach that only Amazon can provide, particularly during its annual Prime Day promotion.

“They’re sending a message to luxury brands, and luxury beauty in particular, that Amazon’s a viable place and it’s not going to damage their brands but accelerate them,” Will Margaritis, senior vice president of e-commerce and digital marketing at Dentsu Aegis Network, told the Wall Street Journal.

Analysts might want to zoom in on WMT’s e-commerce sales. WMT has said that it expects losses from its online businesses, which includes Jet.com, the startup it acquired for $3.3 billion three years ago. In June, WMT announced a sweeping overhaul of Jet. Reuters reported last month that Jet was falling short of expectations that it would drive online grocery sales and grow market share in urban areas.

At Target, analysts say they are waiting to hear what the fallout was from that June weekend outages that shut down cash registers and credit-card purchases for several hours.

Chief Executive Brian Cornell apologized to customers and insisted in an interview with CNBC the next week that there was no impact on expectations. For the quarter, analysts are projecting earnings of $1.62 a share on $18.3 billion in revenue.

“Wages are rising, interest rates have stayed in check, and overall, there’s strong consumer confidence,” he said. He added that he is starting to see a separation between the winners and losers in retail, and would place Target firmly “in the winner’s camp,” according to CNBC.

Much of the same might be said for COST, which keeps its focus on membership—and those members have access to cheaper gas, something Amazon can’t offer—and developing its Kirkland brand.

Because COST is one of the few retailers to continue to report monthly sales results, investors typically have a good feel for what’s ahead. For June, Costco reported net sales of $14.57 billion for the five weeks that ended July 7. That represented a 7.5% jump from the year-ago period.

For the quarter, COST is expected to deliver $2.53 a share on revenue of $47.6 billion, according to third-party consensus estimates.

HD is a different kind of animal than the others in terms of its product mix, but are in the same species when it comes to competing for share of wallet.

One topic that is likely to ignite investor interest is how the retailer is building its private-label Home Decorators Collection. The division is already ringing up sales in excess of $1 billion and HD is looking to grow the business by using its own team to amp up its product development.

“As our private-label capabilities have matured, we find we don’t really need the expertise that a third party would bring,” Ted Decker, executive vice president of merchandising at HD, told Business Insider recently.  Limited brand collaborations from third-party designers tend to have a “shelf life” and could end up being “a flash in the pan.”

Amazon said it will report earnings after the market closes on July 25.

Walmart said it has scheduled to release earnings before the bell on Aug. 15.

Target said its earnings will be announced before trading begins on Aug. 21.

Costco’s fiscal calendar doesn’t begin until February, which means its quarterly reports are issued at different times than most other retailers. It reported third-quarter earnings on May 30 and is scheduled to open the books on its 4th quarter after the bell on Oct. 3.

Home Depot said it will report earnings ahead of the start of trading on Aug. 20.