Election Pt 3: What a White House Republican Could Mean for Stocks

Will history repeat if a Republican candidate wins the White House—boosting profit potential for the energy, financial, and defense sectors? 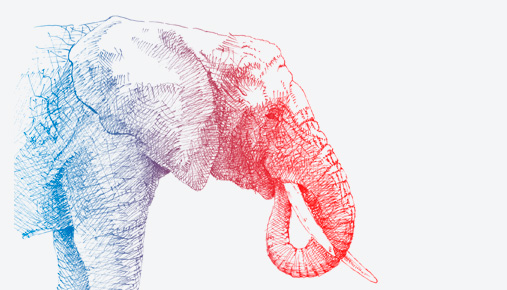 Editor’s note: This is the third in a three-part series on the presidential cycle and the 2016 election’s impact on the stock market. Read parts one and two.

As the race for the top job in the U.S. heats up and politicking and polling become more intense, the next presidential election opens the door for a potential party shift that could have implications for the stock market.

After eight years of Democratic control in the White House, the Republicans are mired in a battle to win back leadership in the executive branch. From an economic perspective, different political parties tend to bring different priorities to 1600 Pennsylvania, with funding and budgets following suit. Of course, Congress has a thing or two to say about spending, but the tone is set at the top.

So, if Republicans claim a White House victory in 2016, what stock sectors could potentially benefit?

Energy companies. A Republican White House win could ease the path to lifting government restrictions on the current ban on U.S. oil exports and could revive the controversial Keystone XL Pipeline. Approval of the proposed 1,179-mile oil pipeline from Canada to the Gulf of Mexico passed Congress in early 2015 after a multi-year fight, but then met with a presidential veto. Free market policies could open the door for U.S. oil companies to aggressively expand their sales to a worldwide customer base, which in the long run could prove supportive to their revenue outlooks. Of course, market price may dictate production interests as the globe works its way through a supply glut. But broadly speaking, by opening foreign markets to U.S. oil companies, sales volumes could grow dramatically in the years ahead. In general, with a GOP win, look for less government intervention and relaxed regulations for oil exports, gas, and even drilling and pipeline initiatives.

Financial companies. Regulation has long been a headwind for the financial industry. Higher capital requirements and more stringent regulatory standards have weighed on growth in the financial sector in recent years. A Republican-controlled White House could shift the focus to a market-driven environment, which could open the door to faster growth and better profit margins in the industry. The majority of the current slate of Republican presidential hopefuls has publicly stated support for repealing much of the Dodd-Frank financial legislation that was enacted by the Democrat-controlled Congress in the wake of the 2008 financial crisis.

Defense companies. Traditional thinking equates Republican presidencies with larger defense budgets. A Republican in the White House in the next term could bring renewed focus, priority, and most importantly, spending into the defense arena. In the early Republican presidential debates, candidates have put forth proposals ranging from boosting the size of the Navy to creating a new missile defense shield for Eastern Europe to more military personnel and new equipment. Simply put, a Republican in the White House could mean more planes, missiles, guns, and military technology support. The development of next-generation war technology could spur significant sales growth and potential profits and revenues for military contractors and aerospace companies.