Let’s Clear the Air: What Is Inflation, Anyway?

Learn the different types of inflation, whether higher inflation may be coming, and how it might affect you. 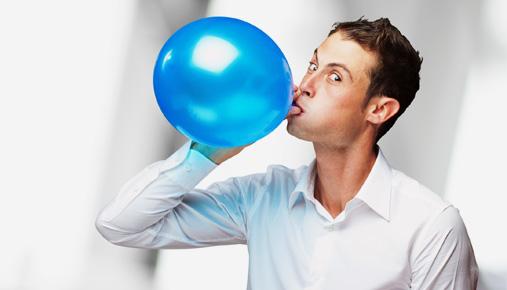 In the news business, there’s a saying that news is either important or interesting, but rarely both. Unless you’re super into economics, inflation falls squarely into the first camp.

It’s vital to know how much money you’ll have for retirement and—perhaps as importantly—what your retirement nest egg could buy once you’ve retired. But talking about it may not win you any friends at cocktail parties. (Economics has been called the dismal science for a reason.)

And then there are different types of inflation—core and headline, wage and price, demand-pull and cost-push.

To help explain it all, we asked Shawn Cruz, senior market structure specialist with TD Ameritrade’s active trader group, what inflation means for the 99 percent.

How Inflation Affects You

Inflation not only affects stocks, bonds, and derivatives on Wall Street, but it can also impact how households and businesses make decisions based on their expectations for prices, Cruz says.

At the moment, inflation may not be a major concern for many households. “As long as we’re humming along around 2%, typically few are going to be concerned about it,” says Cruz.

What might cause headaches is uncertainty about price instability. “If inflation could be 3% or 8%, it’s hard to know whether to keep saving for a washer, or to run out and buy one now,” Cruz says.

Let’s say you’re a business owner who uses debt to operate the company. If it’s likely that you can charge more in the future for what you sell, it could make sense to borrow now to purchase goods or hire workers.

Or, if you want to borrow money to buy a car or house, the debt can seem more feasible if you expect to get paid more.

Inflation is different for each person because of the things they buy. For example, people living in temperate climates probably don't have the same energy demand as those who live in very hot or very cold places. Expenses for housing, transportation, education, and even leisure activities can vary greatly depending on your location and proximity to goods and services.

Another difference you may notice is between what you read about inflation target levels from the Federal Reserve and what you actually pay at the store.

The Fed pays close attention to core inflation, which it uses to gauge longer-term inflation trends by stripping out items whose prices tend to be more volatile over the short term, such as food and energy.

Prices can rise when demand outstrips supply or if inputs, such as raw materials, rise in price, perhaps due to a shortage. The first is called demand-pull inflation, while the latter is called cost-push inflation.

To stay in business, a company needs to cover its costs and (hopefully) turn a profit. So if a company's costs were to rise, it might try to pass those costs onto customers in the form of higher prices. In other words, higher input costs can “push” inflation.

A tight labor market can lead to "demand-pull" inflation. When businesses can’t find enough workers, they have to pay more to entice employees. And as these employees get more money in their pockets, they may become more aggressive in the amount of things they buy, as well as the prices they’re willing to pay. The increase in demand can “pull” inflation.

Currently, there is tightness in the labor market as the economy grows, but “it’s not leading to as much wage growth as would be expected,” Cruz says.

Cruz says there are differing theories why, including lower levels of unionization leading to less bargaining power or that there simply aren’t enough qualified workers. “But expectations are that, eventually, labor market tightness could translate into inflation.”