What Is a Stock Buyback? As an Investor, Should You Buy In?

If you follow business news, you’ve likely heard reports of companies buying back their shares. What’s that all about? And is it good or bad for the company? Here are a few stock buyback basics.

The stock buyback: Some say it’s the gift that keeps on giving (depending on whom you ask). Also known as a stock repurchase or share repurchase, buybacks are a common corporate practice that’s also been the source of some controversy. Even Warren Buffett has gotten in on the buyback action recently.

What is a stock buyback? In a stock buyback, a publicly traded company reacquires its own shares, reducing the number of shares trading. In terms of mechanics, a company buying back its shares is doing something similar to what investors and traders do every day: seek out willing sellers on the open market.

But there are key differences, plus a few other important things to know about stock buybacks, according to Brent Moors, education coach at TD Ameritrade. Here are a few basics on buybacks for investors.

Why Would a Company Buy Back Its Shares?

Possible answers lie in another question: “What does a company do with its money?”

Typically, there are a few choices:

Sometimes a company may repurchase shares to boost a sagging stock price and/or “return money to shareholders,” as companies often say. Usually a company issues a press release announcing its intention to buy back shares and may also announce a buyback in a Securities and Exchange Commission filing known as an 8-K. (Check the calendar function on tdameritrade.com or the thinkorswim® platform for information on buybacks and other company news.)

A buyback announcement is often “a signal from the company: We think our stock is cheap,” Moors explained. “If a company thinks its stock is underpriced, it may buy back shares.”

What Are Some Potential Benefits of Share Buybacks for Investors?

Because buybacks reduce the number of shares outstanding, investors effectively own a bigger piece of the company, Moors pointed out. “That’s one reason buybacks are attractive to investors,” he said. A buyback “effectively increases a company’s earnings per share, as earnings are distributed across fewer shares.”

Buybacks may also generate certain tax advantages for investors, according to Moors. If a company buys back shares and the share price increases, investors may be able to defer taxes on any capital gains. By contrast, income from stock dividends counts as ordinary income tax.

What Are Some Recent Stock Buyback Examples?

Share buybacks gained attention in 2020 following reports that Warren Buffett’s Berkshire Hathaway (BRK-A) bought back $5.1 billion of its stock in the second quarter, the biggest total ever for Buffett in one period. That is, until the third quarter, when the company bought back an additional $9 billion of shares.

Berkshire didn’t go into detail about why it bought back so much stock, but a corporate filing suggested that Buffett may have thought his own company had gotten too cheap. Berkshire’s common stock repurchase program permits the company to buy back shares any time Buffett believes the repurchase price is below Berkshire’s “intrinsic value,” according to the filing.

Overall, buybacks had tailed off sharply amid concern over the pandemic and efforts to conserve cash in a slumping economy. In the second quarter, share repurchases among S&P 500 Index (SPX) companies totaled $88.7 billion, down 46% from the same period in 2019 and the lowest quarter since 2012, according to S&P Dow Jones Indices.

Which Companies Are the Biggest Buyback Participants?

In recent years, large technology and financial companies have led the buyback parade.

During the second quarter, Apple (AAPL) spent $17.6 billion on share buybacks, the most among S&P 500 companies, according to S&P Dow Jones Indices. Apple was followed by T-Mobile (TMUS) at $17.2 billion, Google parent Alphabet (GOOGL) at $6.9 billion, and Microsoft (MSFT) at $5.8 billion.

Why Are Buybacks Controversial, and What Potential Red Flags Can Investors Watch For?

Buyback announcements are often “well received” by the market, explained Moors, especially among traders with shorter time horizons. Plus, a buyback may spark a shorter-term jump in the company’s share price.

In the long run, though, it’s debatable whether buybacks are beneficial to share prices and investors, and some numbers paint a mixed picture.

The S&P 500 Buyback Index ($SPBUYUP), which tracks the performance of the top 100 stocks with the highest buyback ratios in the S&P 500, posted an average annual return of 10.2%. By comparison, the benchmark S&P 500 had an average five-year return of 12.3%.

Critics liken buybacks to an accounting gimmick or a form of financial alchemy because a buyback doesn’t really change a company’s fundamentals; it just changes the number of outstanding shares. In that way, a buyback is akin to a stock split.

The Bottom Line on Buybacks

Before buying into buybacks, an investor should pore over a company’s recent financial statement and see how it stacks up based on key metrics, such as cash flow, revenue growth, and return on equity.

“Ideally a company’s share price is appreciating because it’s growing organically, because of strong demand for its products or services, rather than by reducing its share count,” Moors explained. “A company should provide a good return on investment and not just ‘growing’ through buybacks.”

In other words, consider looking beyond earnings per share (EPS) and EPS growth—standard metrics used to judge a company’s growth history. EPS is a ratio, meaning it has a numerator (earnings) and a denominator (shares). If that ratio has been rising, look at other fundamentals to determine how much of that rise is due to the numerator versus the denominator. 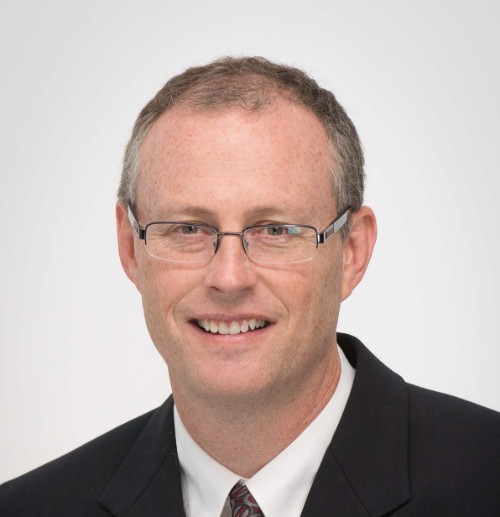