Utilities got snookered in 2015, but their defensive play is still a good one. 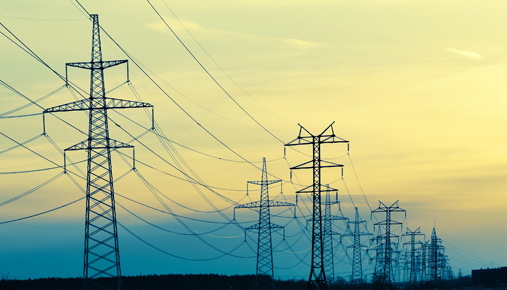 Often called "widows and orphans" stocks, the utilities sector has long been regarded as a defensive play that allows income-seeking investors to park their cash in perceived relative safety. But investors weren’t looking for much defensive action last year, choosing instead to rotate into more early-cycle sectors like consumer discretionary and information technology. Is that on tap for 2016 as well? The competition will be tough, but not insurmountable for utilities.

The utilities sector may not be known for its sexy pizazz. It doesn't boast high growth or momentum plays. It’s not a sector, like technology, that’s a magnet for the masses. But there is a big reason why investors like these stocks: their generally high level of dividend payouts.

The utilities sector includes companies that power electric, gas, and water along with independent producers. Some examples of large companies in this sector include Duke Energy (DUK) and Exelon Corp. (EXC), and investors may find dividend yields topping 4%.

"These are low-growth companies that operate in regulated industries,” says Patrick J. O'Hare, chief market analyst at Briefing.com. “They have to have a means to attract investors. Their dividend yields generally exceed longer-dated Treasury securities.”

Moreover, he adds, “It is not unusual to see companies pay out 60% of their earnings in the form of dividends."

If you think of stock trading as a football game, remember that you need both a good offense and defense in order to score. O’Hare says utilities can offer a lot of protection when the offense is lacking. "In downtrends, history has shown that utilities tend to hold up better than some of the cyclical sectors," he says.

But 2015 was not kind to the defensive players. Last year, investors turned to cyclical sectors amid improving levels of economic growth. The S&P 500 utility sector underperformed the broader index with a 8.4% decline, versus a 0.7% drop for the S&P 500.

What tugged these stocks lower last year, and is the sector vulnerable to more of the same in 2016? O'Hare says the strong double-digit gain for the utilities sector in 2014, when it jumped 24.3%, was partly to blame for its retreat in 2015. "In 2014, interest rates were low and investors were reaching for yield through utility stocks," he says. Once 2015 hit, investors primed for Federal Reserve interest rate hikes rotated into growth-oriented plays. "The notion the Fed was going to be raising rates took the wind out of the sails from these companies," O'Hare says.

Utilities companies face "more of the same" this year with the headwinds of a rising interest rate environment from the Fed, O'Hare says. If market rates on Treasury yields and money-market yields move higher, as expected, there could be more competition for dividend-paying utility shares and less interest in this traditionally defensive sector, he says.

But don’t necessarily shut off the utilities. Depending on your investment risk tolerance level, time horizon, and goals, there may be a place for utilities in your portfolio at any point in the business cycle. That’s particularly true for investors who are more focused on income generation versus capital appreciation. "The defensive nature implies that in a diverse investment portfolio, there is probably a spot for utilities to mitigate some potential downside risk," O'Hare says.

Want to Drill Down on Sectors?

See how individual stock sectors stack up against the broad S&P 500 and other indexes, plus access S&P Capital IQ Sector Watch.

Find this and more on TD Ameritrade’s Markets: Sectors and Industries page »
Print

Examples using real symbols are provided for illustrative and educational use only and are not a recommendation or solicitation to purchase or sell any specific security.

TD Ameritrade and Briefing.com are separate and unaffiliated, and are not responsible for one another's polices or services.